So many pinwheels, so little time.  I was heartbroken from not being able to get my hands on this palette back in the fall of 2014.  In honor of the grand opening of Dior's Omotesando beauty boutique, a small collection was launched and sold exclusively at the boutique.  The star of the lineup was this lovely blush with Dior's name spelled out in whimsical pinwheel form.  It just happened to surface on e-bay from a reliable seller that I've purchased things from in the past, so I pounced. 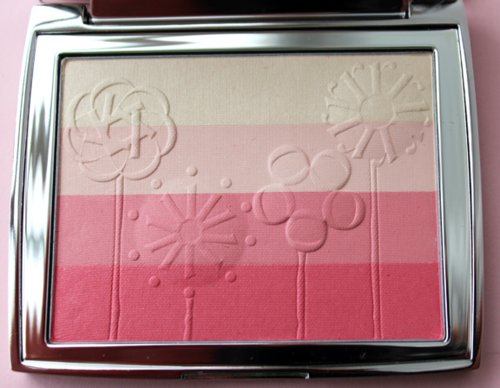 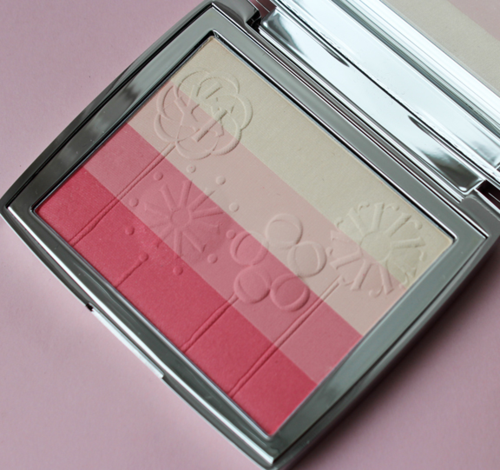 Here's a promo image so you get a better sense of the design: 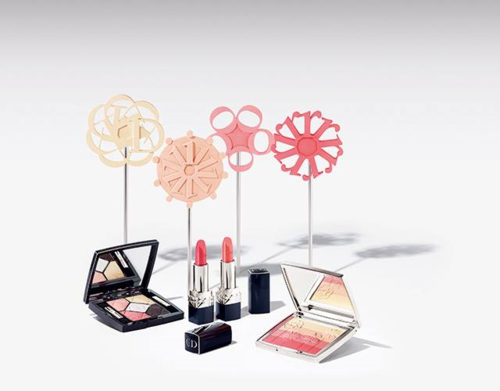 The exclusivity and the pretty colors were enough for me to add it to the Museum's collection, but I'm still curious as to why they chose this design for the palette.  According to Rouge Deluxe, the letters aren't actually pinwheels but toy windmills.  However, to my knowledge neither pinwheels nor windmills figure prominently in Dior's work.  I did find this "Moulin à Vent" ("windmill") dress from the 1949 fall/winter  Trompe L’Oeil collection, but that was basically it. 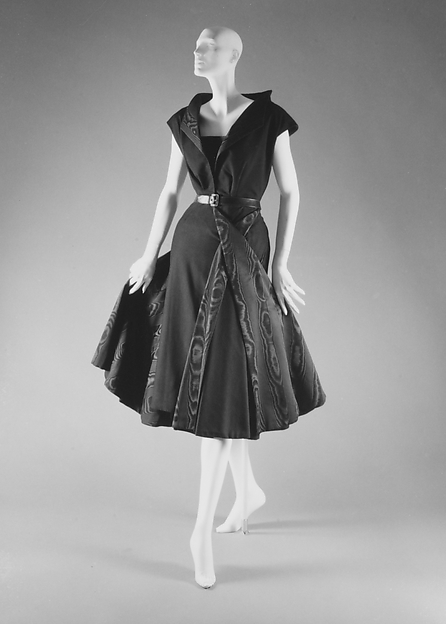 I also checked out Dior's fall 2014 couture and ready-to-wear collections, and saw nothing that would point to windmills or pinwheels.  So I have no idea why Peter Philips, Creative and Image Director for Dior Beauty, would select this motif...unless, as I wondered with Guerlain's Poudre de Soie palette, pinwheels/windmills are meaningful in Japanese culture?

In any case, I was pleased to be able to cross this palette off my very extensive wishlist!  While it was released in the fall, I think it would be a nice addition to a spring exhibition.  What do you think?