I'm still on the fence as to whether to purchase any pieces from the collaboration between Estée Lauder and fashion designer André Courrèges, but in the meantime I thought I'd at least take a look at the collection, as the packaging represents a significant departure from the usual.  I also don't know why Estée Lauder chose to release this collection now (I'm not aware of any Courrèges milestone) but the press release explains some of the intent behind the collection.

"Cosmonauts, satellites, missiles to the moon. Unprecedented advancement and achievement underwrote the inaugural period of intergalactic exploration that came to be known as the Space Age of the early-1960s. When a culture of futurism subsequently consumed the era, there were two names firmly in the vanguard: Estée Lauder and André Courrèges. She, a beauty industry innovator whose 'every woman can be beautiful' mantra was ahead of its time; he, a fashion force whose avant-garde aesthetic broke all the style rules by injecting an air of playfulness, movement, and egalitarianism into every one of his haute couture collections. Visionaries both, their brands have now joined together to pioneer a new interpretation of color. Introducing Courrèges Estée Lauder Collection: a limited edition collection of zero-gravity shades that draws on a shared point of view on color, beauty and the resolution to never stop moving forward.

Courrèges Estée Lauder Collection is a 13-piece limited edition line that marries the floating-on-air feeling of an embellished Courrèges mini dress, and the punched-up precision of Estée Lauder’s progressive product design, seen through the Courrèges lens. The formulations were designed to be surprising in their lightness, in their sensorial delivery, their translucency, reflectivity, and in their pop-y palette. They are an invitation to have fun with color, texture and special effects while defying the confines of nostalgia by creating a look that is wholly of today."

André Courrèges (b. 1923), along with Paco Rabanne and Pierre Cardin, defined the concept of "space age" couture.  Inspired by the notion of space exploration, in the early '60s Courrèges put himself on the fashion map with a collection of futuristic garments featuring streamlined yet avant-garde silhouettes.  Using a lunar palette primarily consisting of white and silver with touches of bold pink, orange and green, Courrèges was said to "build" his pieces rather than merely design them.  His vision demonstrated a new way of thinking about fit, execution and materials.  (This is the nutshell description of his work - for more eloquent, thorough analyses, check out the articles at Fashion Lifestyle Magazine, House of Retro and Fashion Bank.) 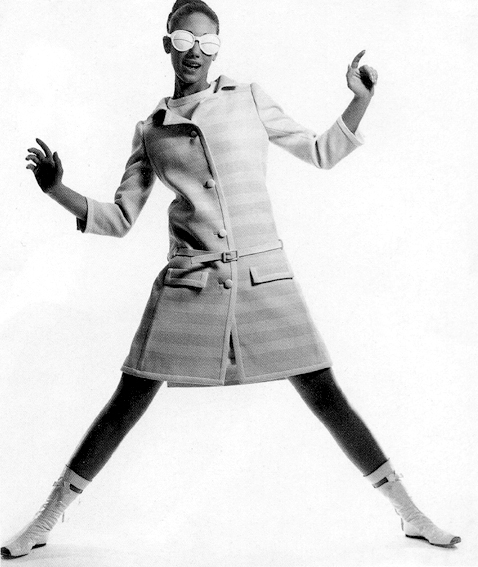 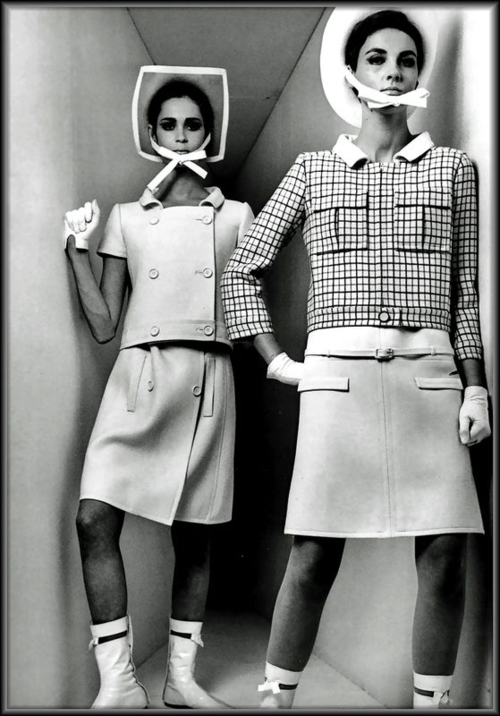 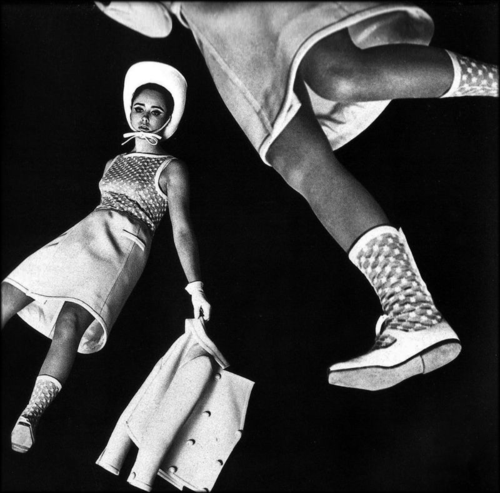 The packaging for the Estée Lauder Courrèges collection is immediately eye-catching, but upon closer inspection you can see just how thoroughly it also captures Courrèges' aesthetic.  Take, for example, the silver ball used to house a lip and cheek product. 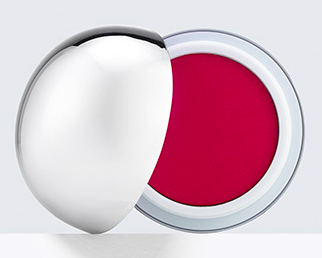 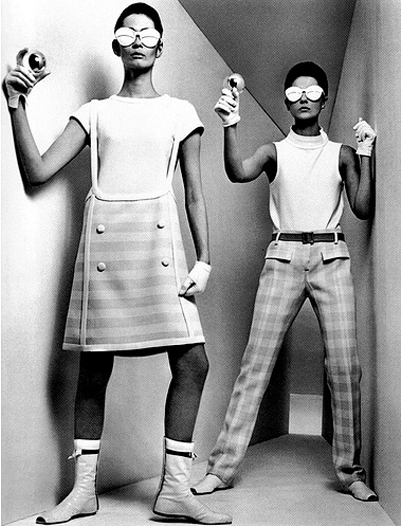 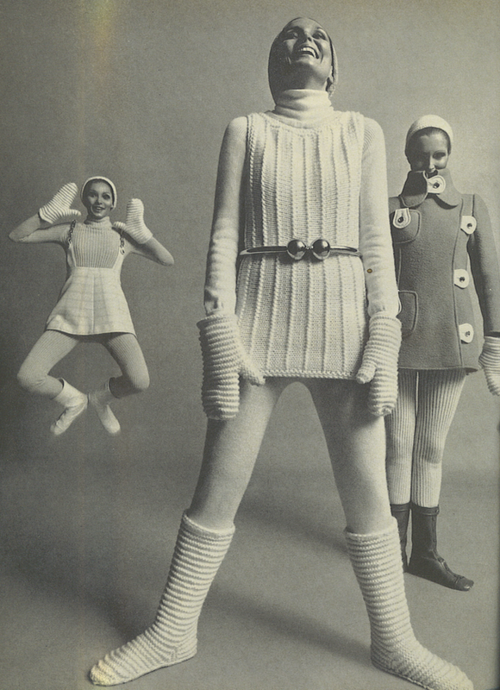 Or the round container for clear lip balm, reminiscent of this dress with circles and see-through paneling around the waist. 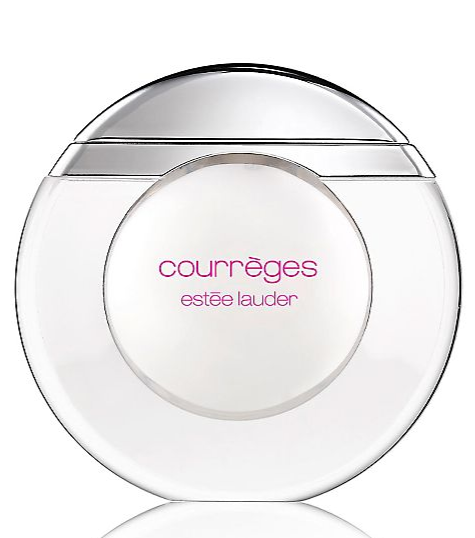 The collection would not have been complete without a highlighter of some kind.  In addition to extensive use of silver and plastic, Courrèges utilized a variety of other materials to ensure that his clothes had an other-worldly, highly reflective sheen.  "I want to let the light into my clothes," he explained. 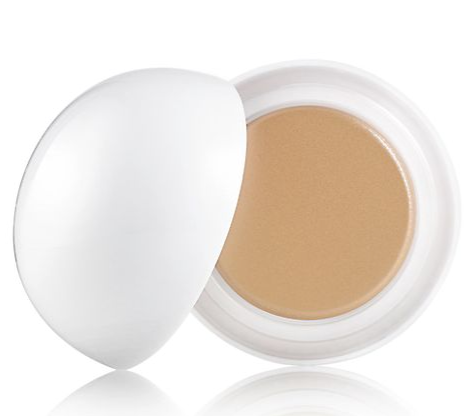 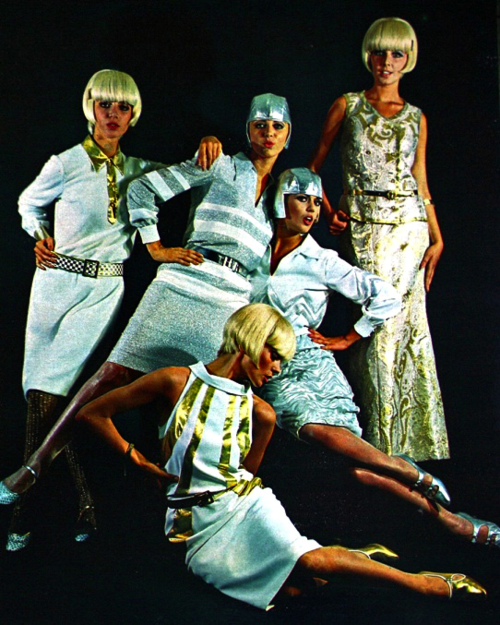 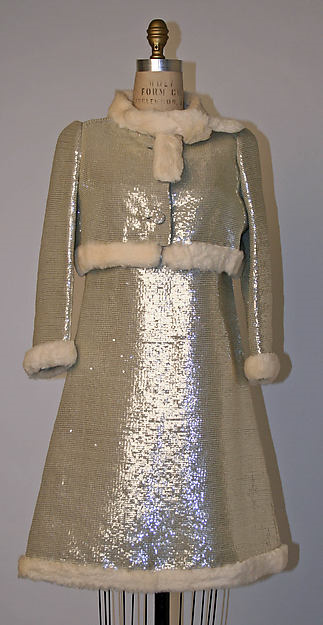 Even the colors in the Estée Lauder collection are similar to the ones Courrèges used, like this pale green: 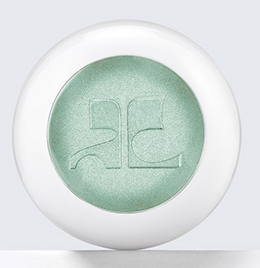 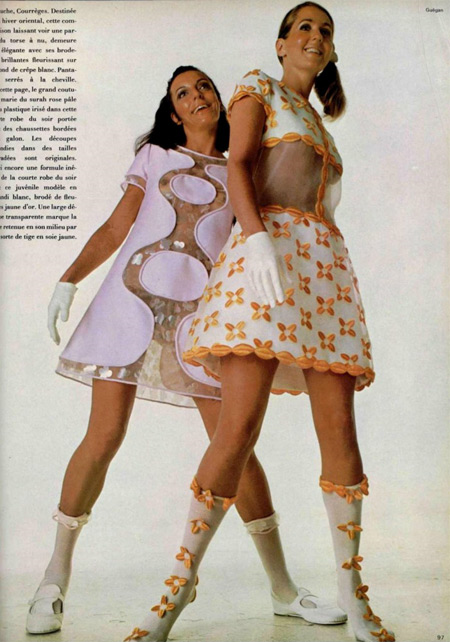 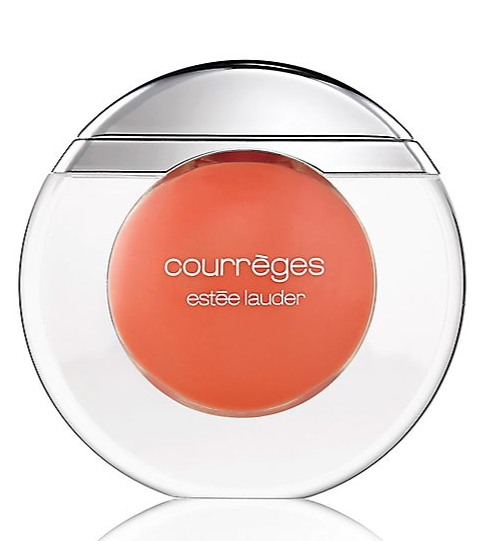 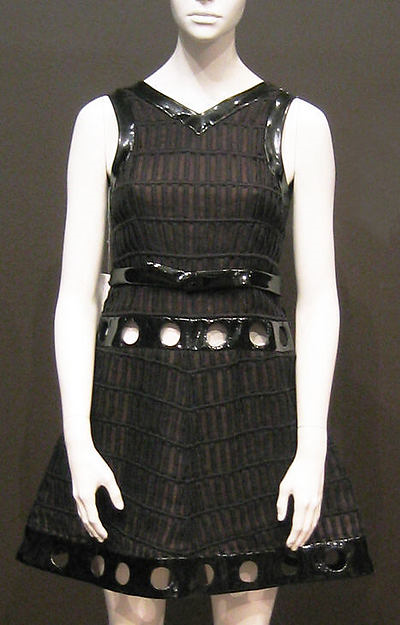 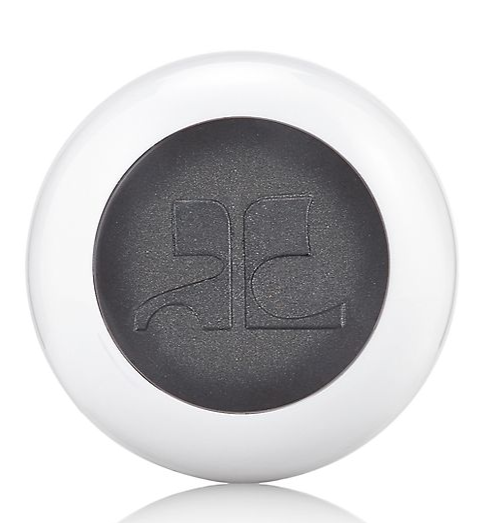 And, of course, the ever present silver and white: 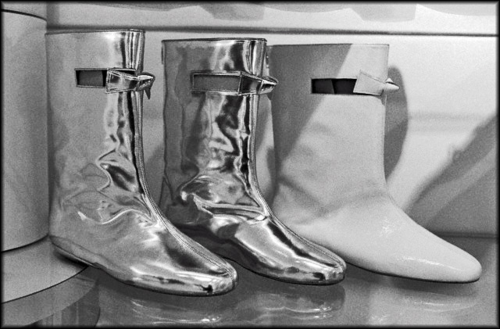 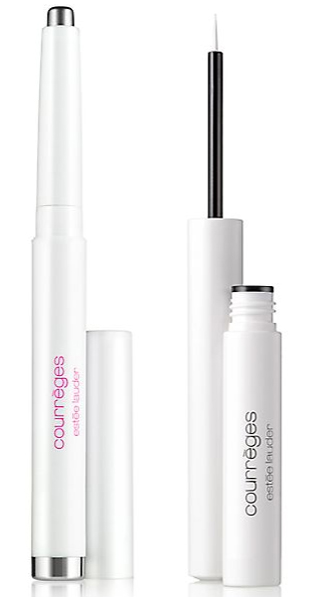 Overall I'm impressed with the collection.  Again, I don't know whether it's museum-worthy, but I do think it was well-designed and a great change of pace for Estée Lauder.

What do you think of both the collection and Courrèges's fashion?