Ah, Yves Saint Laurent.  I had high hopes that last year's Chinese New Year palette would be the start of a renaissance for the brand in terms of collectible items, but unfortunately they continued their trend of bland, fairly nondescript releases through the end of 2014.  But at least YSL managed to pull it together again for the 2015 Chinese New Year (which is this Thursday) with this eye shadow palette whose case is decorated with an explosion of hearts outlined in gold against a red background. 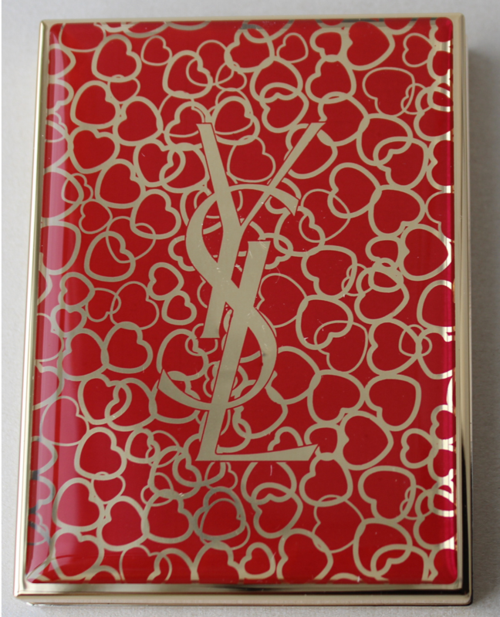 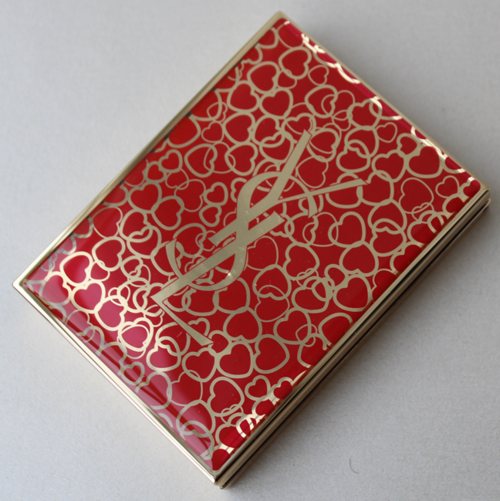 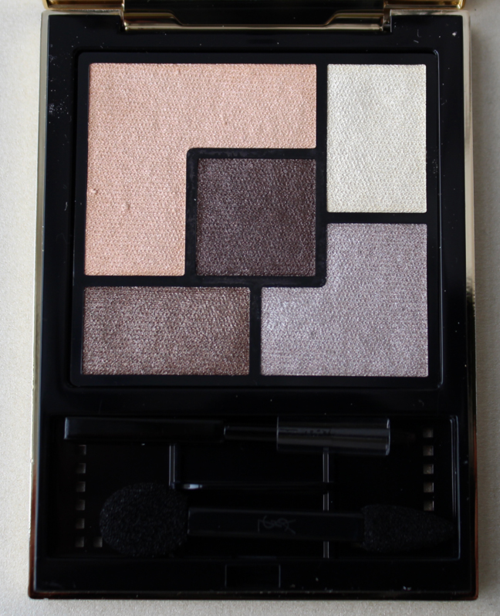 So...the questions on my mind were why hearts and why now?  Well, YSL has a history of using hearts in their designs, most notably in accessories, but also occasionally on the clothing.  Take a peek at this heart-printed maxi skirt, jacket and "le smoking" suit from the '80s: 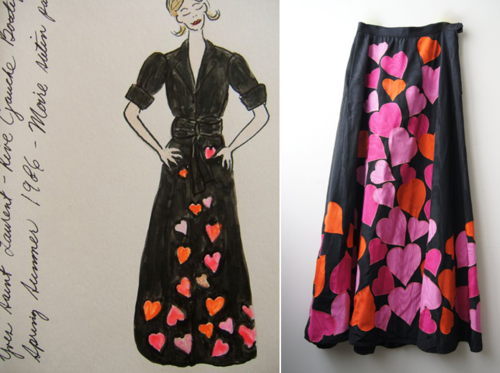 (images from pinterest.com and etsy.com) 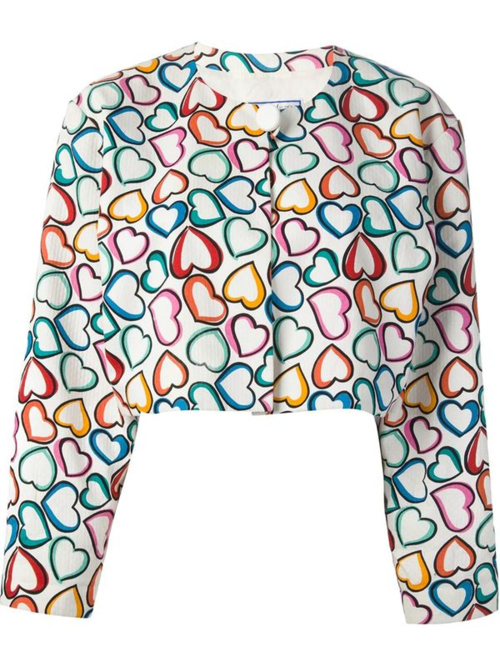 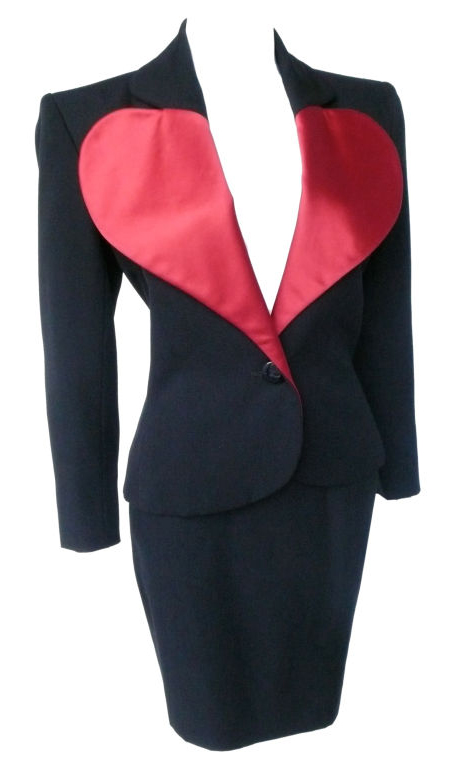 More recently, YSL Creative Director (or should I say Saint Laurent, since the "Yves" was dropped) Hedi Slimane resurrected the original designer's love of hearts in an extensive collection containing a slew of heart-printed items, from dresses and shoes to bags and sweaters.  I'm not sure when this came out, as none of these pieces appeared in any of Slimane's ready-to-wear shows to date, but my best guess is around summer 2014. 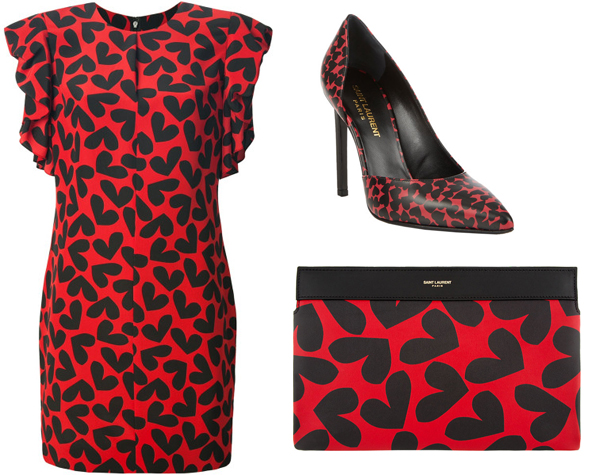 (images from barneys.com and lyst.com) 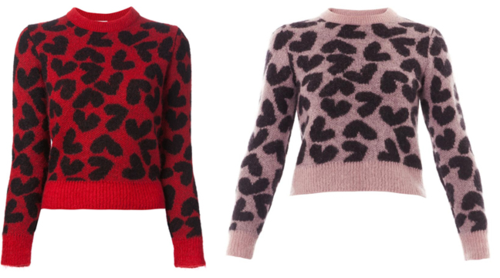 (images from polyvore.com and lyst.com)

While the cosmetics arm of the famed fashion house has also worked hearts into recent releases, including the Love collection, some matte face powders from 2010 and a powder compact from the holiday 2013 collection, I was surprised to see that the use of hearts in YSL's makeup range goes as far back as the '80s, as evidenced by these bejeweled compacts. 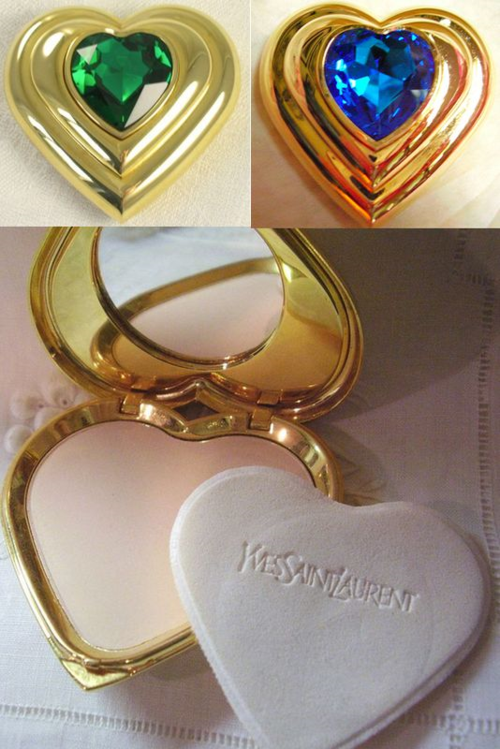 (images from etsy.com and onekingslane.com)

So hearts appearing on YSL's makeup is nothing unusual.  But why now, for a palette celebrating the Chinese New Year?  Well, each year from 1970 until 2000, the designer illustrated a love-themed card to ring in the new year and sent them to his friends and family.  (Perhaps you remember the spring 2008 Palette Pop, which was based on a card from 1992.)  Thus, a New Year's palette decorated with hearts is the perfect homage to this tradition.  Additionally, as of last Friday the book detailing all of these "love cards" has been reissued in France and the U.S., a sneak peek of which you can see here.  While I would have liked to see another palette centered on the design of one of these cards, or maybe a design that had more to do specifically with the Chinese new year, the hearts were a good choice and appropriate given the aforementioned 2014 heart-printed fashion collection.