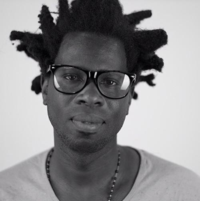 RMK has borrowed a page from the playbooks of MAC, Smashbox and Addiction by bringing us a collaboration with NYC-based street artist/painter Bradley Theodore.  Alas, the stand-out piece in the RMK Street Essence collection is only sold at Japanese department store Isetan, and they do not ship to the States so I'm totally out of luck in getting my hands on it.  Nevertheless the collection is definitely worth posting about.

The super-exclusive palette features one of Theodore's signature portraits of a colorful, skeletal figure in profile.  This particular one, appropriately enough, is shown applying lipstick.   I'm still not sure who it's supposed to be.  At first glance I thought it was simply a random woman, but as I read more about Theodore's work I realized it might actually be a fashion or art icon. 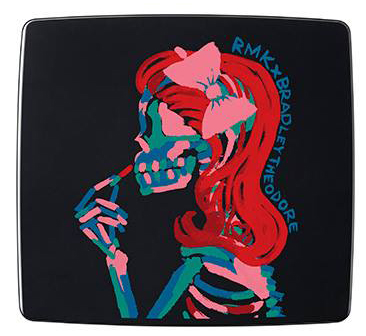 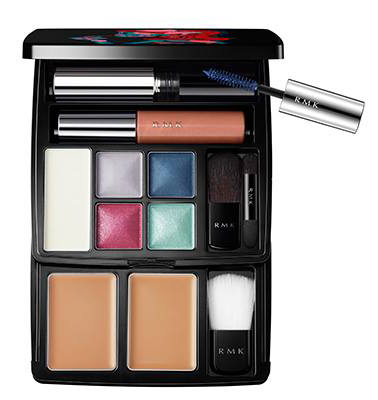 There were other pieces in the collection with the same image, but I believe these are also Isetan-exclusives.

Apparently there was even a live painting event with the artist (!) last week at Isetan, which I would have given my right arm to attend.  Some photos via his Instagram: 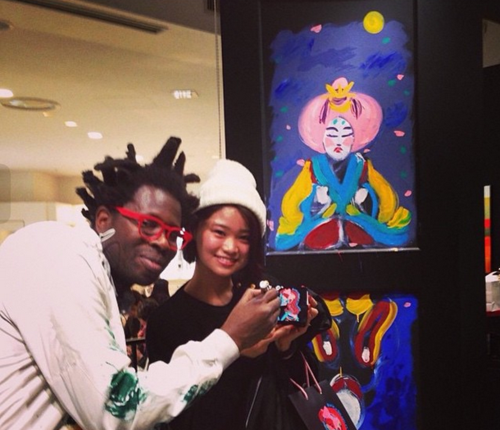 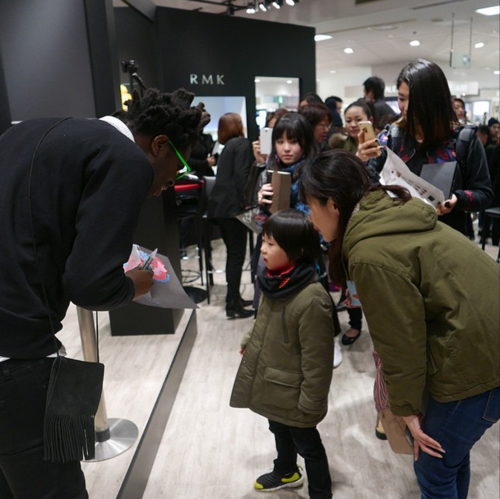 Now that we've looked at the collection, let's take a peek at Theodore's work.  Weaving together fashion and art in large-scale murals throughout Manhattan, Theodore honors various icons in these fields by portraying them in a never-before-seen light.  I don't think the skeletal representations are meant to signify death; rather, I believe he's trying to get to the essence of each person he paints by stripping them down to the bones, leaving only certain identifying features intact. 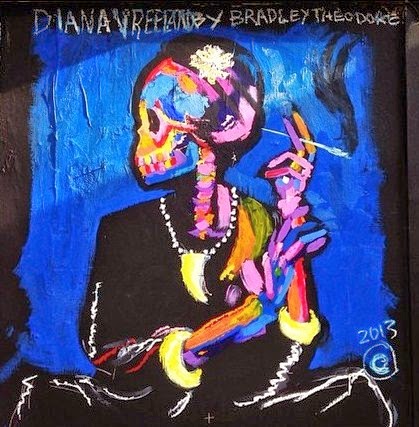 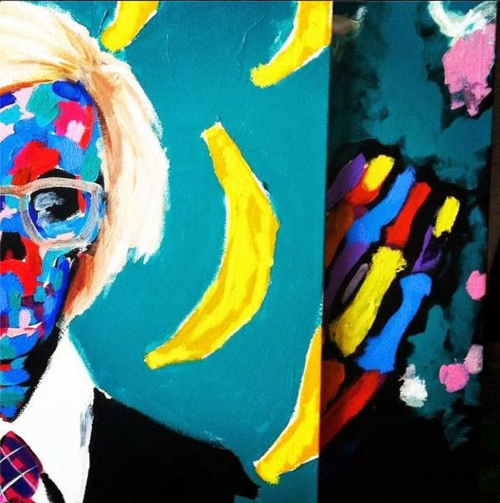 Karl Lagerfeld with his cat Choupette: 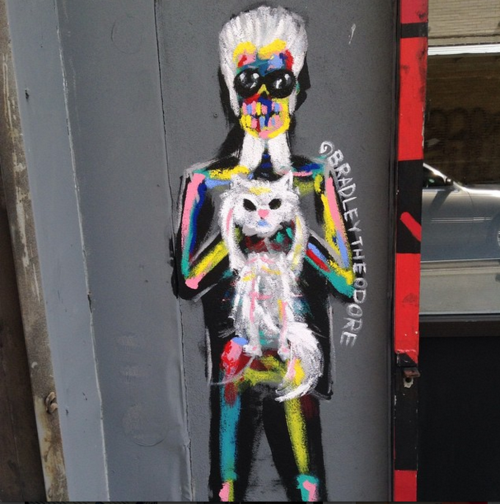 Theodore also creates some interesting pairings based on real or imagined relationships between his subjects.  Take, for example, his mural of Anna Wintour and Lagerfeld.  He explains how the idea came to him: “I’ve always wanted to paint Karl, people say bad or strange things about him, but for me and my friends we believe you can always judge a man by his parties. A friend invited me to one of his fashion week parties when I was living in Paris, the vibes in the room were amazing, people were dancing, having fun, all was smiles on their faces. Karl was just cool as hell in the middle of this Great Gatsby style party...New Yorkers don’t really care about wealthy persons, the fact is we all live together in this crazy city, and it’s almost impossible to have a close friendship with someone more than 3 years. Anna Wintour and Karl Lagerfeld, for them, it’s been over 20 years, there's something to be said for that. One day, I ran out of paint and made a quick trip to the art store and Anna walked near to me and jumped in to a car...then I knew I had to paint them together. I wanted to paint their friendship and I let my mind go and just paint." 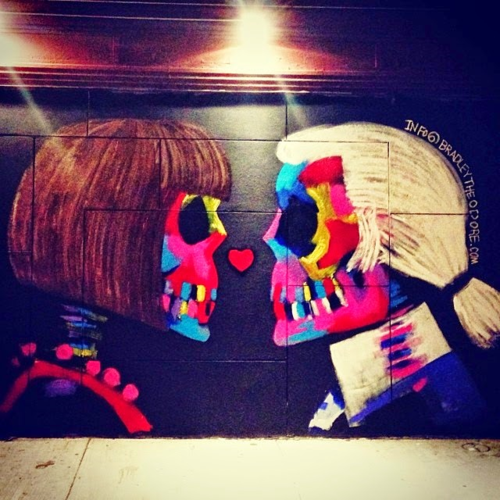 Especially fascinating is his portrayal of Frida Kahlo and Coco Chanel.  "[The pairings] are all about the conversation, just imagining what would a real candid and uncensored dialogue between these icons consist of, if I were a fly on the wall," he says. 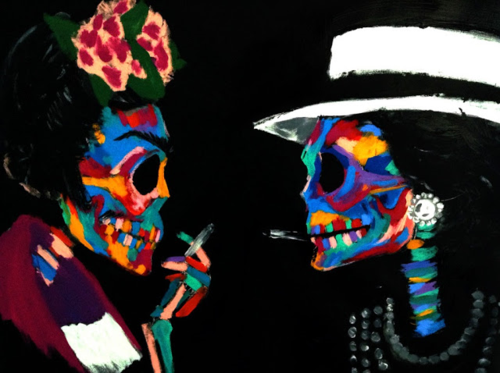 But why fashion and art as the main themes?  For Theodore, as fashion enables one to take on a persona, it's essentially a form of performance art.  "Fashion allows people to become art...it’s the only time in our society that’s truly accepted for you to be a form of art. The average person on the street is trying to convey an image. That image could be an identity, he or she could be building himself as a painting: it might be the most super-glossed up glam queen, or they could be portraying this stupendous image of Madonna.”

So there you have it.  Generally speaking I like his work, but I do find it troubling that he chose to paint Terry Richardson, who has been accused on multiple occasions of sexual assault. But Theodore also painted a member of Pussy Riot, so maybe one cancels the other out?

Getting back to the RMK collection, I'm still trying to figure out who the woman on the palette is supposed to be.  Red hair, pink bow...is it someone totally obvious and I'm just oblivious?!  My first thought was Lana Del Rey but she's not nearly on the level of Theodore's other subjects, i.e. I wouldn't consider her iconic either for her style or her music.  If anyone has any theories or could provide solid info on who is represented I would appreciate it.

Anyway, I'm impressed at RMK's choice for this collaboration and I hope we see more of them with other artists in the future - although I do hope that RMK would make it available to those living in the States!  I also have a hunch that the next time I'm in NYC I'm going to have to take a little Bradley Theodore tour as I wander about.  :)

What do you think of the collection and of Bradley Theodore's work?