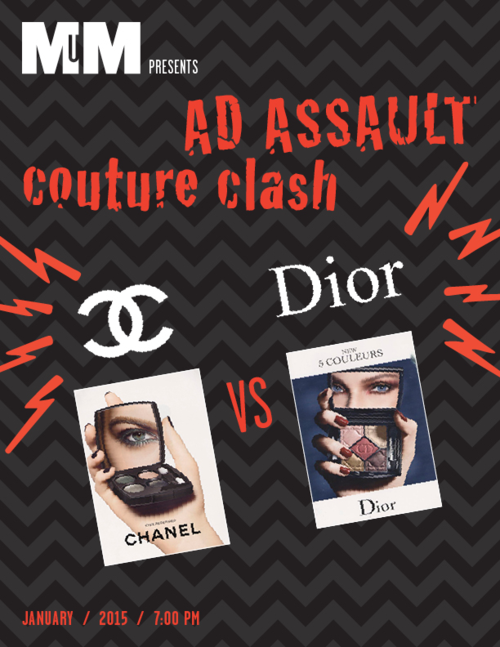 I meant to get to this back in the fall but it unfortunately fell by the wayside.  A few months ago both Chanel and Dior revamped their permanent lines of eye shadow palettes - Chanel revised new quads and Dior, their 5 Couleurs.  With these new palettes came new advertising campaigns, and I couldn't help but notice the striking similarity between the ads.  (I do wonder whether the timing of Peter Philips's deflection from Chanel to Dior had something to do with the strong resemblance between them.)  Plus there's a good balance between the brands, as they're both couture houses.  So...

In the first corner we have Chanel's ad that appeared in every fashion magazine I subscribe to.  Grandstanding with what is possibly the prettiest quad from the new lineup, Tisse Venitien, Chanel flexes its muscles with an array of rich greens and a shimmery champagne.  (Full disclosure:  I own this quad and love it.) 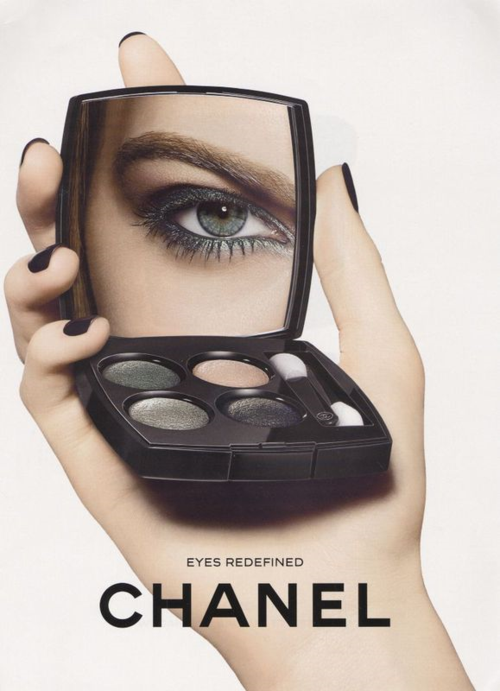 In the other corner we've got Dior's answer to Chanel, a postcard I received in the mail.  While this ad wasn't as ubiquitous as Chanel's (and I personally didn't find the colors in the palette they chose to be as appealing as Chanel's) its power lies in a better view of both the nail polish on the hand holding the palette as well as the eye shadows themselves. 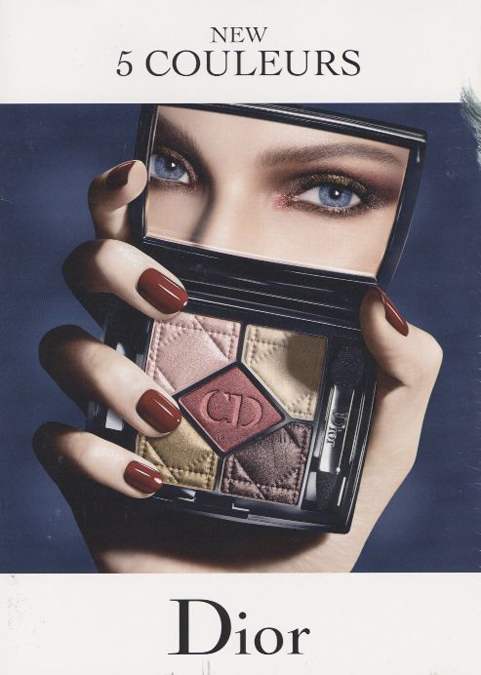 Dior delivers another blow to Chanel through pure experience - this ain't Dior's first rodeo!  Check out this ad from their fall 2011 campaign. 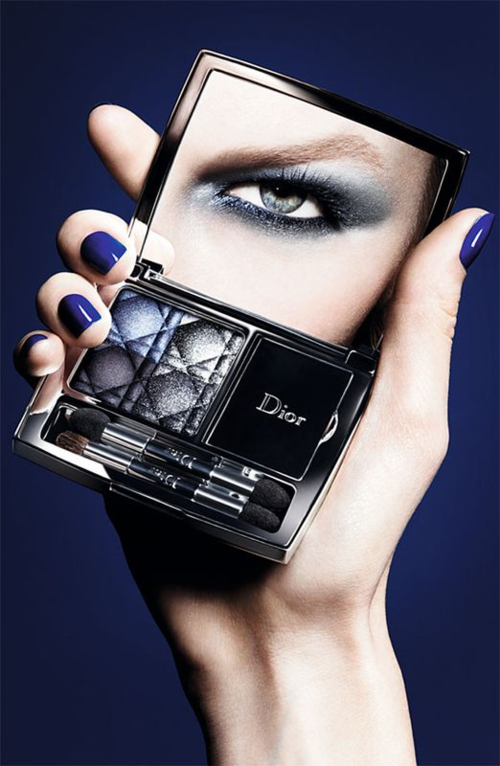 Dior has clearly perfected the eye shadow palette/nails/reflection imagery.  But Chanel's not completely down just yet.  The "Eyes Redefined" tagline strikes back at Dior's obvious and bland "New 5 Couleurs".  And the dark nail polish Chanel displays is so much more chic than that flat brownish-red Dior has going on.  The two are truly neck and neck - Chanel's color scheme beautifully matches the model's eyes, while Dior's burgundy and gold shades are heavenly on their blue-eyed model.  (Hey, why no model with brown eyes?  Ahem.)

So who wins this Ad Assault?  Will Dior's more subtle campaign and clear view of the new colors triumph over Chanel's seemingly-everywhere advertising and less visible palette?  Or will Chanel's color choice and overall design pummel its rival to a pulp?  Tell me in the comments!