Via Beautezine, a few months ago I discovered that Sephora Canada was holding a nationwide contest for its makeup artists to create illustrations for Lancôme using only their products around the theme of their holiday collection, called Parisian Lights.  The winning image would adorn the packaging of three Canada Sephora-exclusive limited edition holiday sets, and the artist behind it would receive a trip to Paris.  I thought this was a great concept.  While makeup artists are accustomed to using one's face as their canvas, it's very interesting to see how their skills would translate to a traditional 2D surface.

Sephora Presents to Paris with Lancôme was announced in June and the 10 finalists were chosen in July.  Here are their drawings, all created with Lancôme makeup (mouse over the image to see the artists' names, where available - there were 10 finalists and now there only seem to be 8, so I don't have the names of 2 of the artists.) 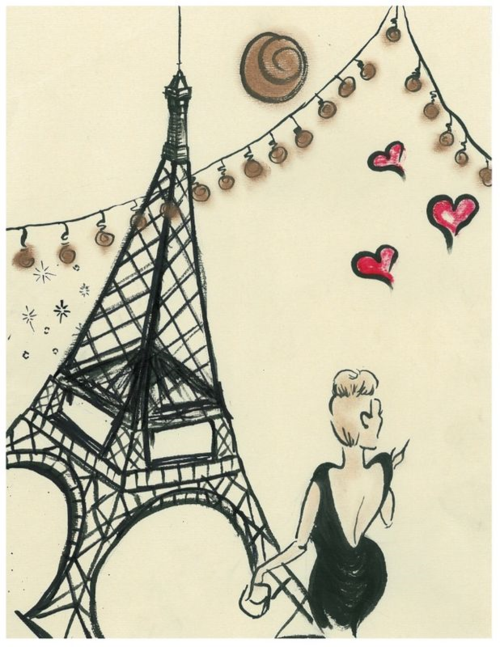 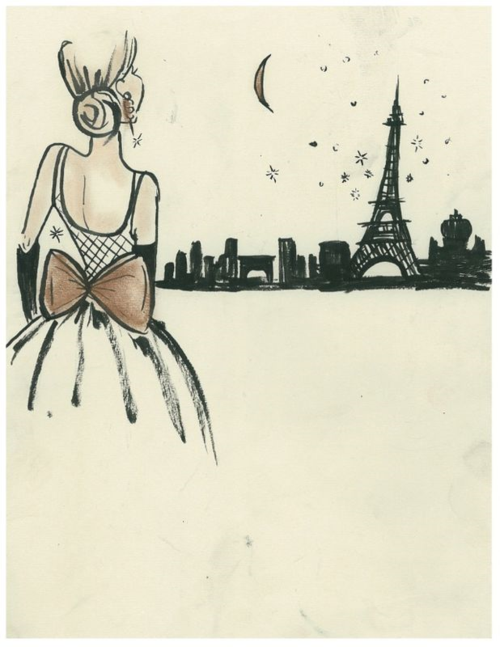 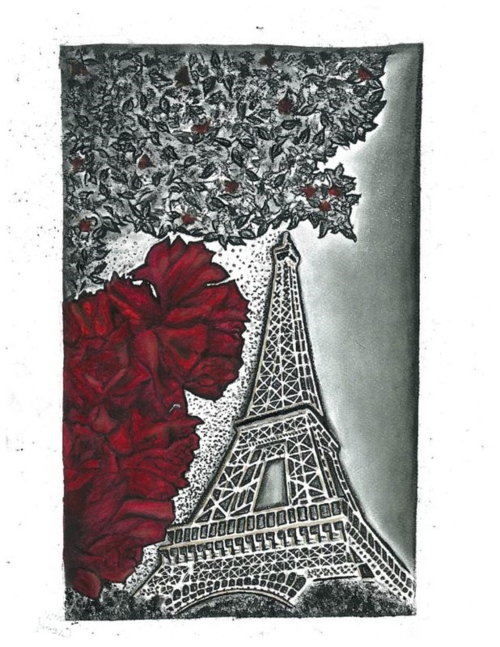 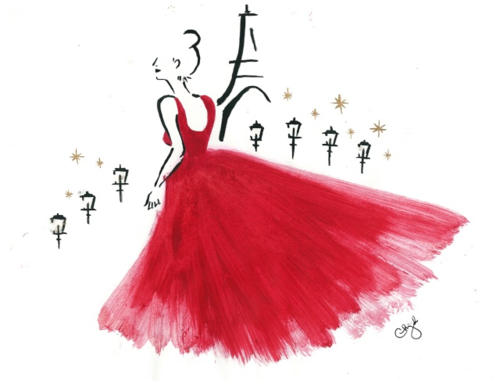 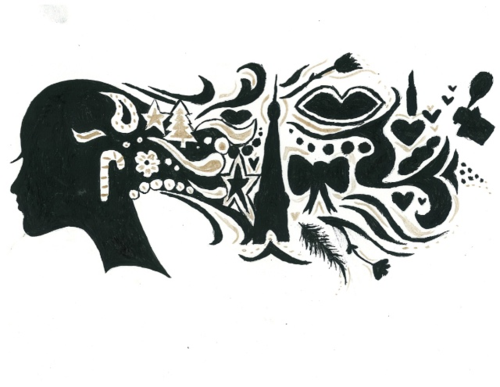 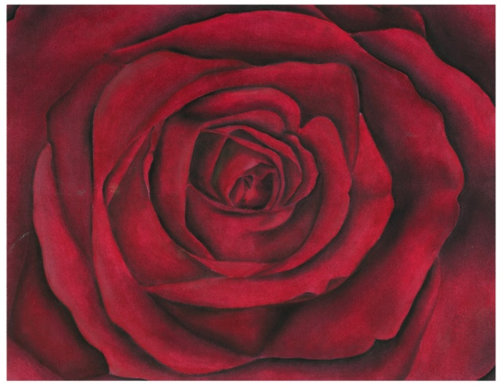 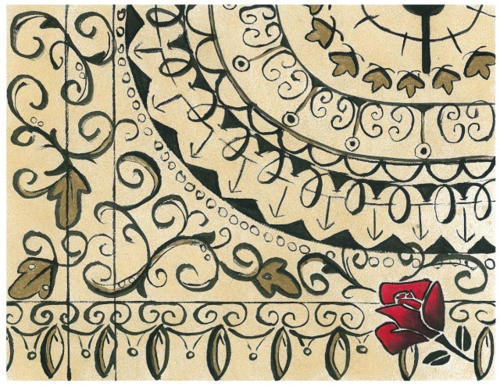 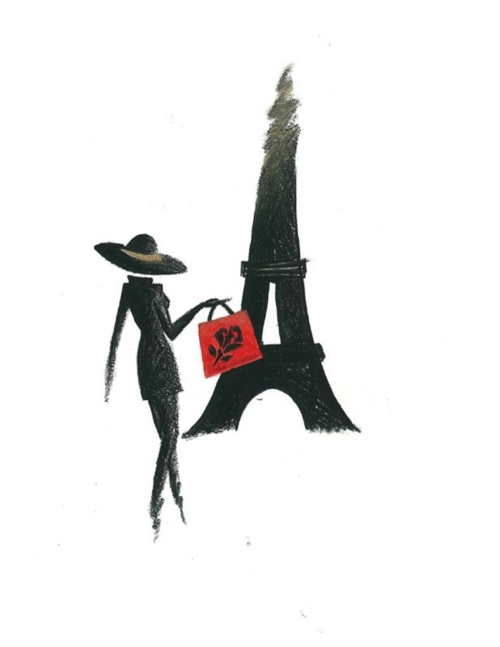 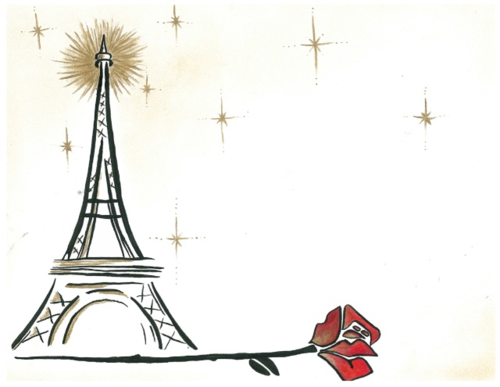 While I thought some of these were really amazing, only one could be chosen as the winner.  Alyssa Steinhubl's drawing of a woman in a ball gown and gloves, hair back in a chic low chignon, gazing at a starry sky over the Eiffel Tower was the winning image.  This one was definitely one of my top three of the finalists so I was pleased with the outcome, although I'd love to know exactly which products she used.  Steinhubl's illustration appeared in 3 color variations on the Lancôme sets, which were revealed in October. After hearing about this contest I knew I had to get my hands on one of these sets, especially since the illustration fit so well within the holiday exhibition theme.  However, there were none available from my usual source (Ebay) and Sephora Canada won't ship to the States.  Fortunately, the husband has an old college friend who now resides in Toronto, and she very kindly agreed to pick up a set and mail it to me.  How awesome is that?!  Not only did she go out of her way to get this for me, she also refused to accept payment for the item or for mailing it, so it was truly a generous donation to the Museum.  I chose the Starry Eyes set since the blue coloring and starry title were perfect for the holiday exhibition. 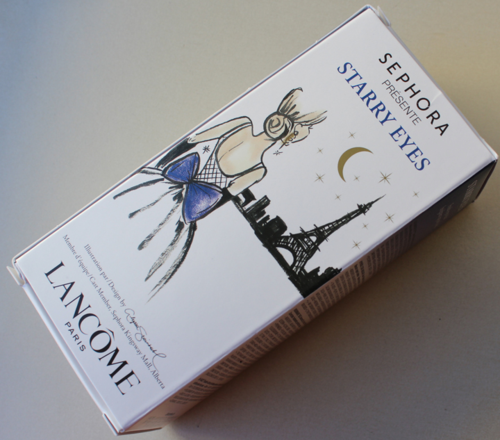 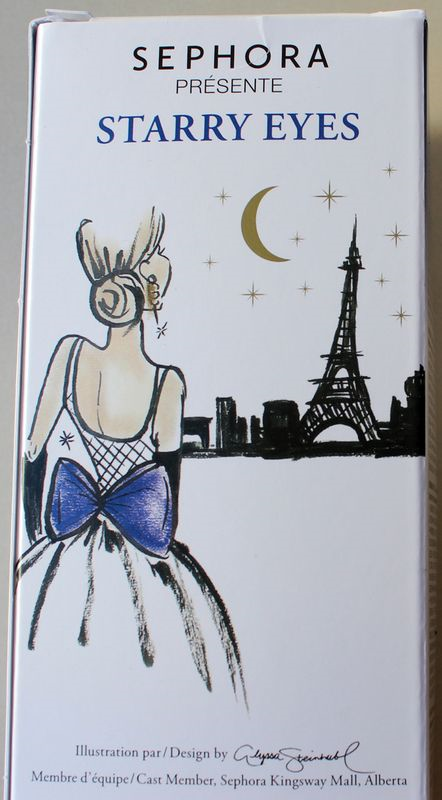 (I didn't take pictures of the products inside, since they consisted of makeup remover, mascara and eye cream.)  Overall, I loved the idea of having a makeup artist create an illustration using cosmetics and putting it on the packaging.  I think Sephora and Lancôme should do another one of these contests in the States!

Which of the finalists was your favorite?  What do you think of the winning illustration?