While not as spectacular as some of Armani's previous holiday offerings, I was pleased enough with the Orient Excess palette to buy it.  The palette comes with a sapphire blue velvet pouch. 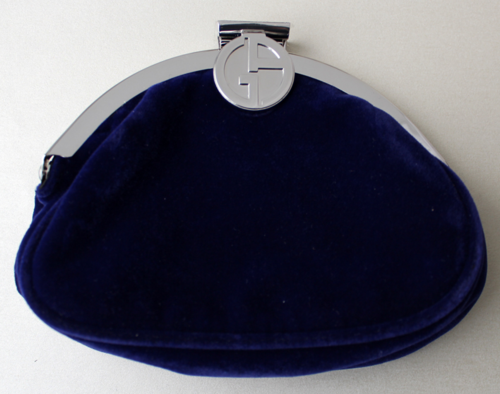 Unlike the palettes from 2009 and 2008, there is no bling on the outer side of the case, but the deep blue is quite striking on its own. 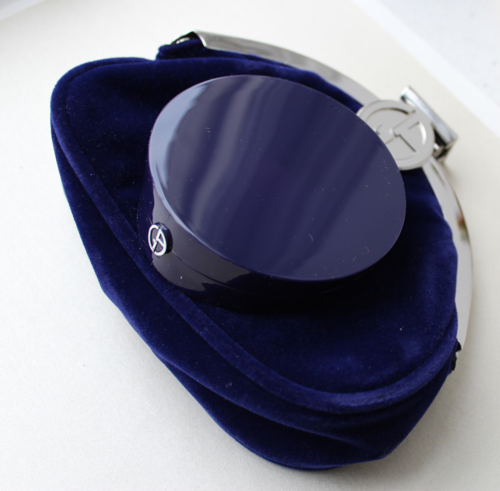 Inside, Armani went for a simple cascade of thin vertical lines of varying lengths streaming from the top of the palette, some punctuated with stars.  It's an abstract design but still is reminiscent of holiday/winter motifs, like baubles dangling from a Christmas tree or perhaps icicles.  Like the T.LeClerc Paris in Winter palette, the beauty of the design lies in its subtlety - no harsh colors or glitter, or even prominent shimmer. 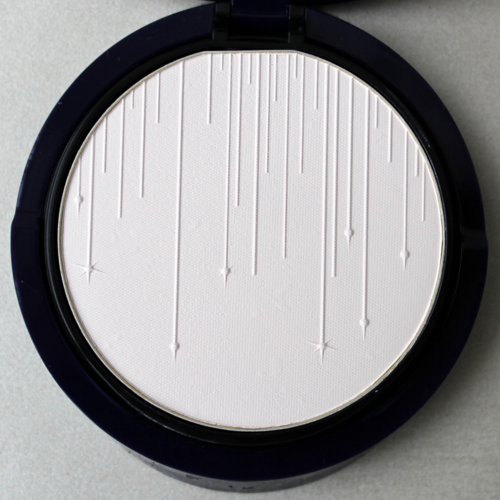 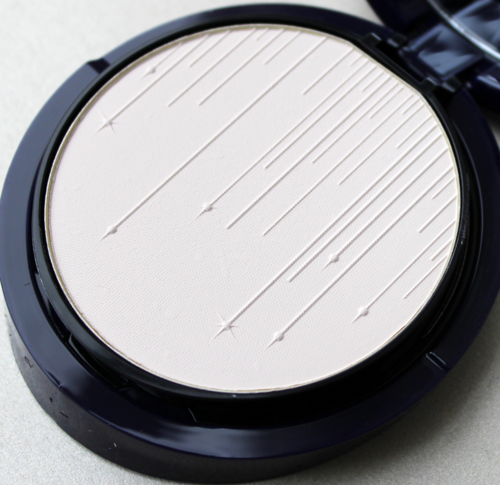 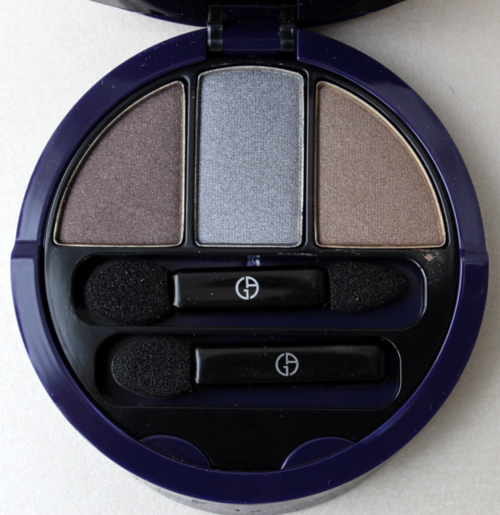 Naturally I had to see whether there was any direct connection to Armani's recent fashion shows.  The fall ready-to-wear show was the inspiration for the Organica palette so it's not from that.  I checked the fall couture show and nope, there was nothing there either that would suggest any relation to the palette.  So I went to the press release about the holiday collection and found this description:  "To celebrate the end of the year, the Orient Excess collection invites you on an exotic journey to the snowy steppes of the Far North. These immaculate plains, covered in frost and stretching as far as the eye can see, inspired by Giorgio Armani Beauty to create a polar atmosphere through pure and intense make-up."  That certainly paints a picture and the highlighter does bring to mind some sort of frozen tundra-filled landscape, but there's still no explicit reference to Armani clothing.

Then I came across an article announcing Armani's Luxury White capsule collection.  For a capsule it's rather large, running the gamut from jackets and sweaters to shoes and bags.  However, the color scheme is restrained, consisting only of variations of white and ivory.  The variety of textures keeps the pieces interesting though, as alpaca, rabbit fur, silk, and three types of cashmere were used.

As you can see from the sketches the collection's title is apt.  The fur-collared trench coat and the bathrobe (ooh, is it cashmere?) look particularly sumptuous to me. 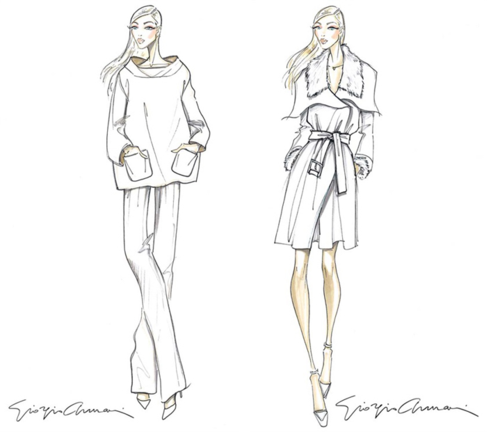 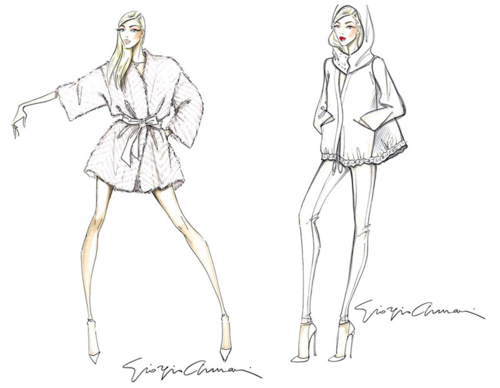 While there are only sketches of the clothing online, stock photos of some of the accessories were released, like this rabbit fur trimmed bag. 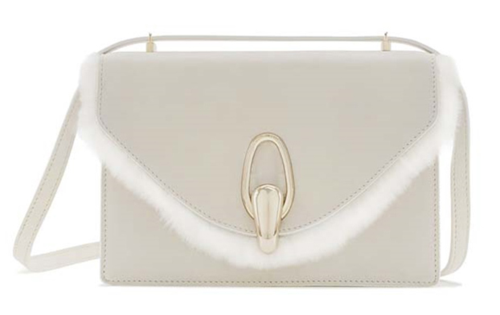 So while I have no quote from Armani about the link between this collection and the Orient Excess lineup, I'm pretty sure Luxury White was the inspiration, especially when you consider the model in the Orient Excess ad, who is swathed in white fur.  There's also a line from the aforementioned press release that calls to mind the extravagant textures used in the Luxury White collection:  "Featuring a porcelain, universally translucent face powder for that essential, winter glow and a trio of eyeshadows, inspired by the softest mink, chinchilla and sable furs, to bring a touch of animal warmth to translucent skin." 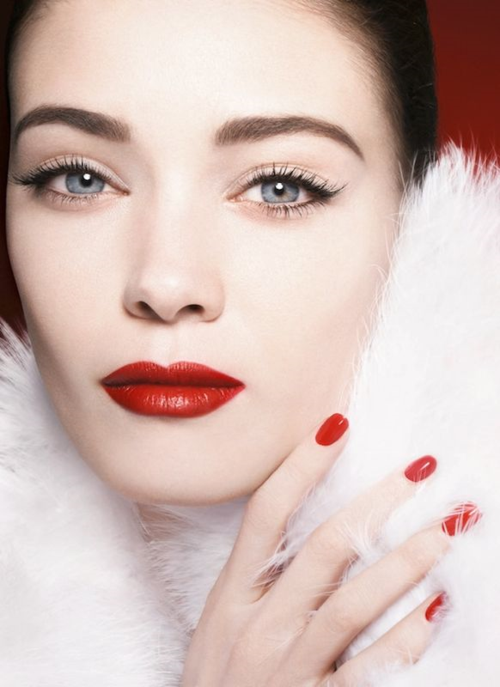 What do you think of the Orient Excess palette?  Think my theory about it being loosely based on the Luxury White collection holds any water?