As they did in 2013, Clé de Peau collaborated with an outside artist to create their holiday collection.  I was somewhat tempted by last year's collaboration but when I couldn't find any information on the artist they teamed up with I decided to skip purchasing anything.  This year, fortunately, Clé de Peau chose Swash London, a company with readily available information.  Plus I think the final product is prettier than last year's.  :)

The Beauté Céleste collection consists of a coffret which includes a palette and lipstick, a pressed powder compact, and a lip gloss trio.  I picked up the coffret and pressed powder (the latter was quite difficult to find.) 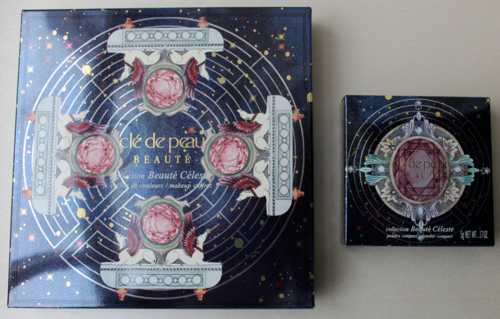 First up is the coffret. 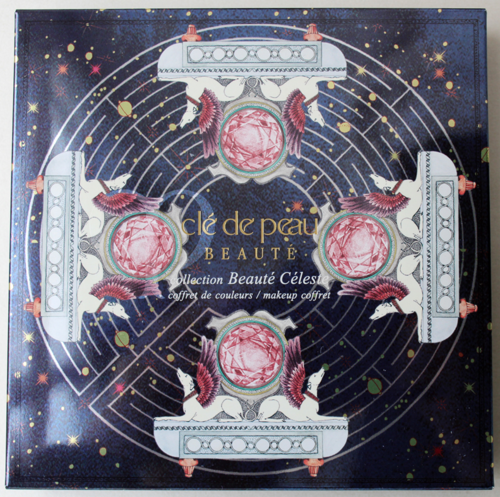 I liked that the inner part of the box lid continued the star pattern. 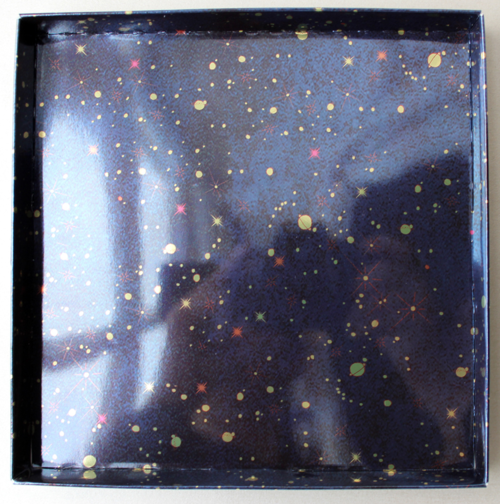 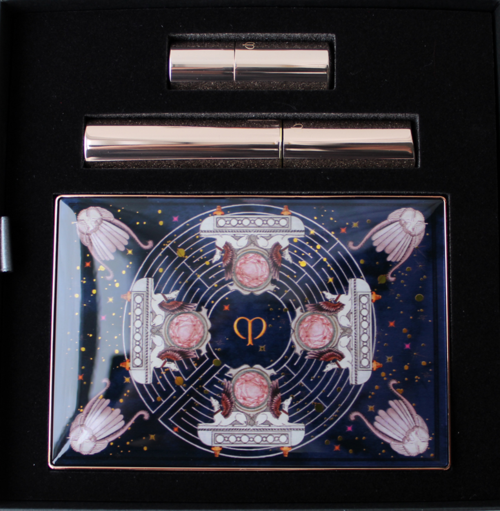 The palette comes with its own soft pouch. 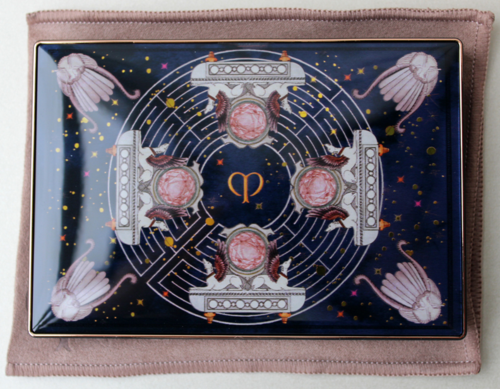 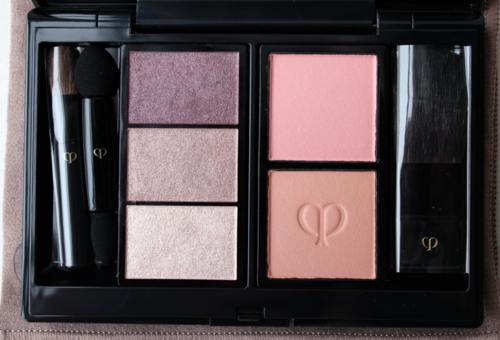 I didn't take pictures of the mascara for obvious reasons but here's what the lipstick looks like.

Swash London is the official company name of design duo Sarah Swash and Toshio Yamanaka, who were responsible for the patterns found on Clé de Peau's holiday collection.  Founded in 2005, Swash began designing scarves and expanded to include a comprehensive line of women's wear a few years later.  Their illustrations have adorned the likes of Barneys, Le Bon Marche and other stores in Japan and France as well as London.  Fun fact:  the dog in the pattern is based on their beloved whippet Candy and is a motif in many of their designs.

What spurred me to purchase the (admittedly pricey) coffret, you ask?  I went to the Swash London site to see if the pattern was taken from one of their pieces, and indeed it was.  A modified, star-filled version of an original pattern from one of Swash's fall 2010 collection scarves appears on the Clé de Peau coffret.  I love the squirrel and wish he hadn't been dropped from the coffret design. 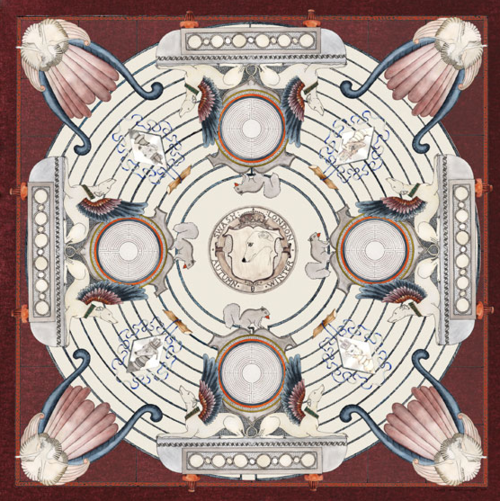 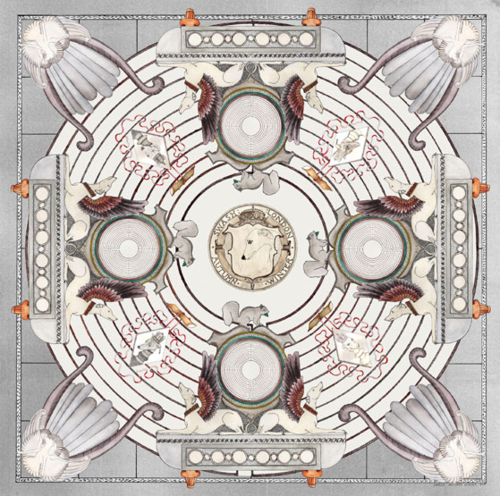 Here's the powder compact - it was quite a saga getting this into my hot little hands!   Since I don't live near a Clé de Peau counter I thought the easiest thing to do would be to order it online.  Much to my chagrin it never appeared at the Neiman Marcus website (where the coffret and lip gloss trio were available) or any other U.S. department store except for Nordstrom, where it sold out immediately. I know this because I was checking every other day.  I searched on a Monday and then again on Wednesday morning, and it popped up but said it was unavailable.  I was determined to track it down, however, and did a live chat during which the customer service rep informed me that a store in Hawaii still had one left.  I called and was able to snag it.  So long story short, the powder compact wasn't available in many places and mine had to travel over 3,000 miles to get to me. 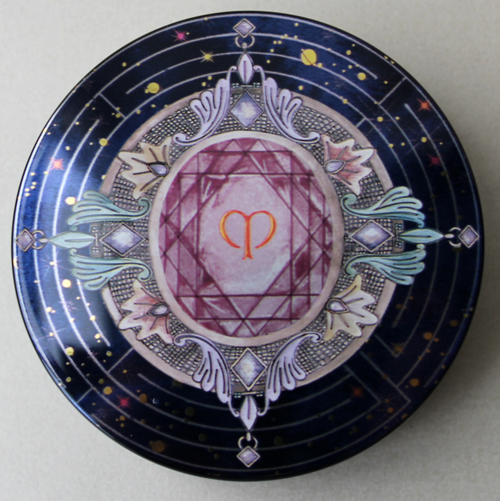 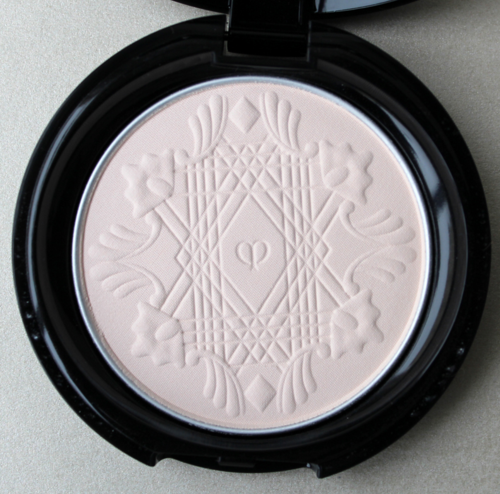 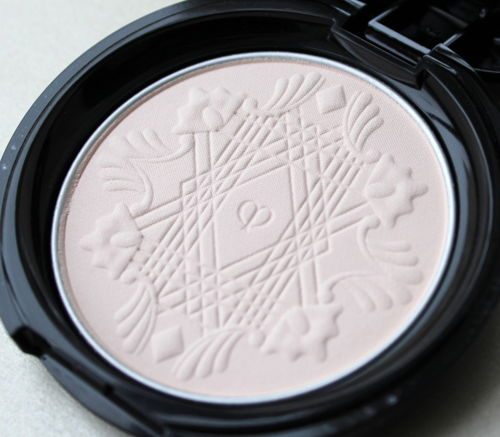 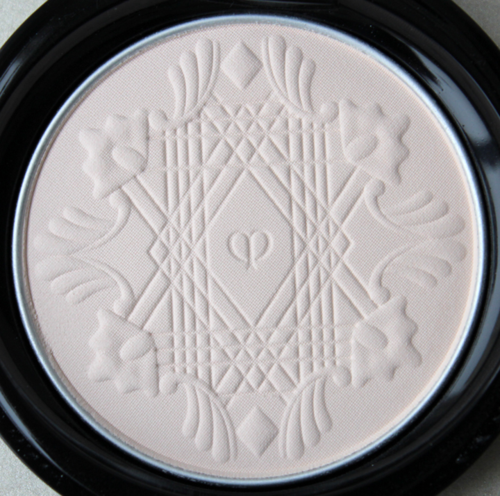 When I purchased this compact I didn't know whether the pattern also was borrowed from an original Swash design; I just knew it was different from the coffret and so beautifully embossed on the powder itself that I had to get it.  Luckily the pattern on this also comes from another Swash scarf, this time from the 2011 spring collection. 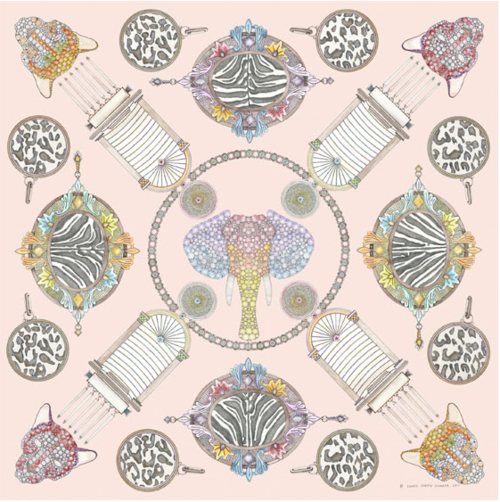 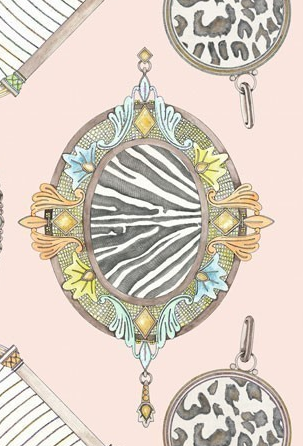 In looking at Swash's work, it reminds me a bit of Paul & Joe since the designers have an excellent eye for prints; however, I find their patterns to be far more intricate.  Since I'm not a big print person (or a scarf person, for that matter) I can't see myself wearing any of their items, so I like the fact that I can have one of their illustrations in makeup form.  And I think their designs hold up well by themselves just as patterns.  Some of my favorites: 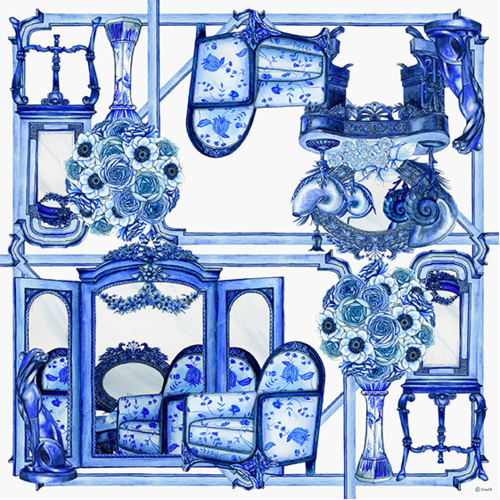 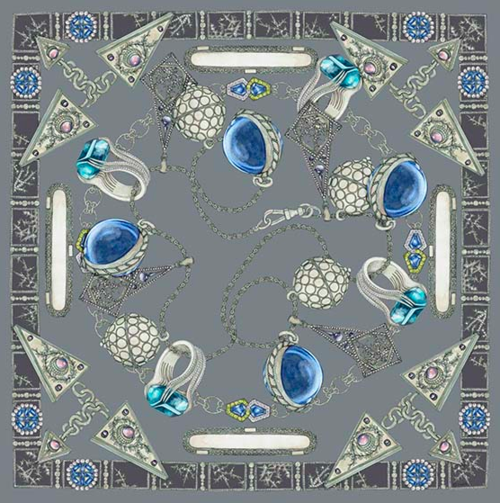 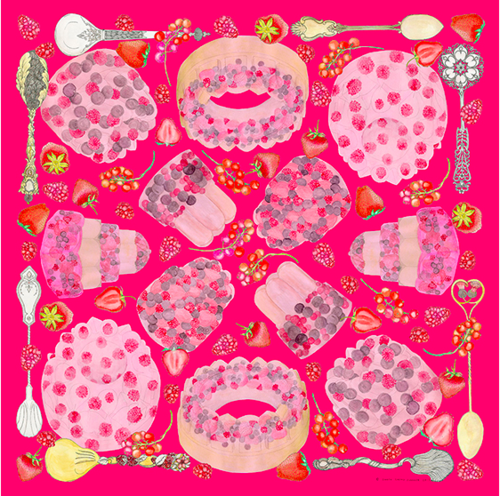 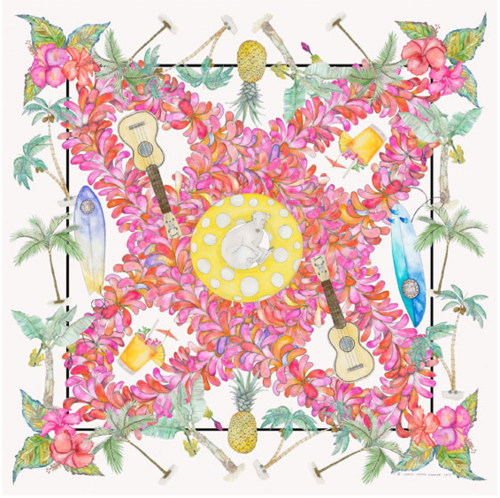 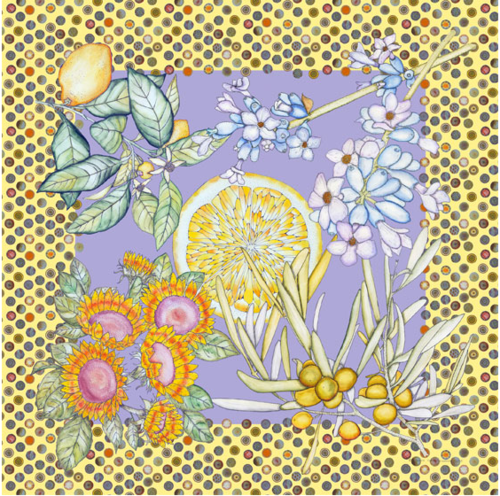 Getting back to the Clé de Peau collection, I'm curious as to why they chose the patterns they did.  My guess is that those were the easiest ones to modify with a celestial background without losing the integrity of the original design.  Or maybe Swash just wanted to highlight some of their earlier work.  Whatever the case may be, I think it was well-suited to Clé de Peau's holiday theme.