As soon as I saw this palette from Chanel I knew I had to have it.  Not only was I drawn to it due to the sparkly platinum gold color, I liked that the classic camellia was illustrated a bit differently, its petals made from feathery plumes anchored by a gemstone shape in the center. 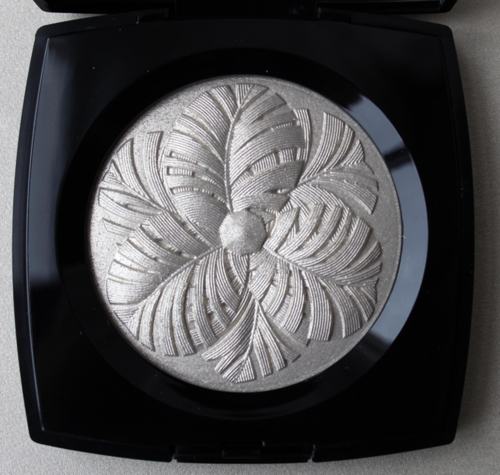 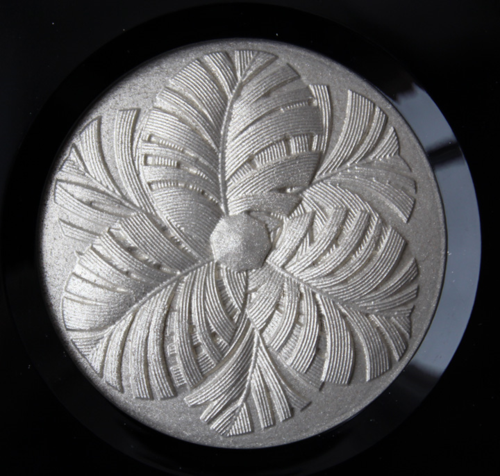 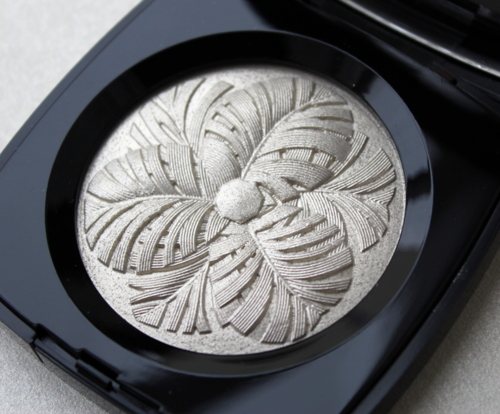 The description for the palette states that it was inspired by "Gabrielle Chanel's original jewelry creations," and I'm guessing it took its cue from the Plume de Chanel jewelry collection released last year, which also referenced the original line from 1932. 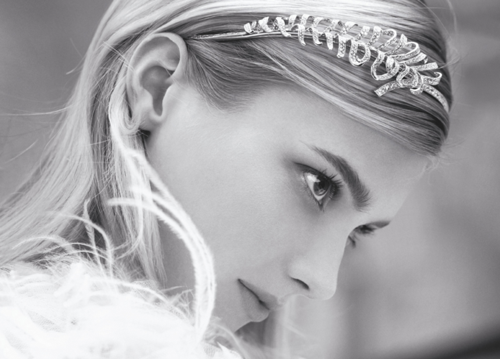 From the website:  "The feather entered the CHANEL creative landscape in 1932, when Mademoiselle opened her apartment in the rue du Faubourg Saint Honoré to present her Fine Jewellery collection. It was called, quite simply, ‘Bijoux de Diamants’. It explored the timeless themes that she particularly loved and which became some of the House classics: comets, stars, bows...one of these new creations particularly caught the eye: a spectacular brooch in the form of a feather. It was intentionally large and extravagant, fully jointed and set with diamonds. Deliberately daring, it called on the imagination of the wearer. It was magnificent pinned to a hat, on a dress, as a tiara, or even snuggling against a shoulder to emphasise its curves.  The gracefully feminine Plume de CHANEL is an unmissable collection that demonstrates the independent creative spirit of CHANEL, as well as its outstanding jewellery expertise. Mademoiselle Chanel’s visionary spirit is still very much alive in this collection, spreading its wings once more in the contemporary age."

Here is the brooch, plus other pieces from the contemporary collection. 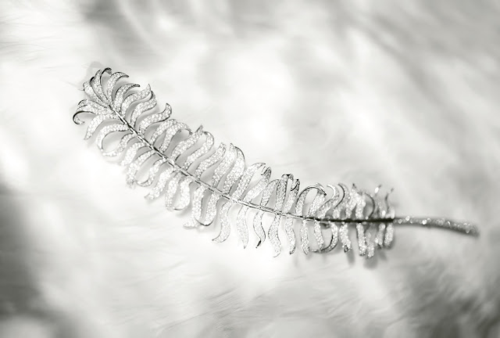 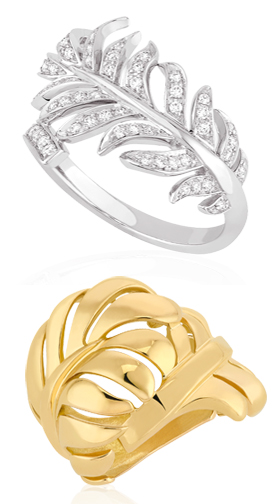 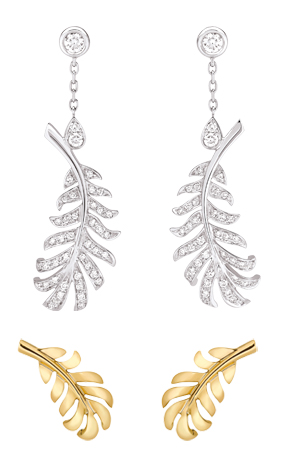 While I couldn't find a jewelry piece that specifically looked to be a camellia made from feather shapes, I like that the highlighter palette at least references the collection.  I'm still puzzled as to why Chanel chose to release this highlighter now since feathers did not figure prominently in any of the recent fashion collections, so I'm not sure why they'd want to reference a jewelry collection seemingly out of nowhere.  My hunch, as with Chantecaille's designs as of late, is that the company put an intern in charge of creating this highlighter.  I'm envisioning a bigwig telling some poor kid to come up with something sparkly for the holiday collection, and they went digging through the archives and randomly came up with this design.  It just doesn't seem like there was a whole lot of thought put into it.  (Perhaps Chanel beauty is still a bit lost after the resignation of Peter Phillips?)  Having said that, at least the color is spot-on, as it's the perfect mix of the yellow and white gold that the jewelry is available in.  Additionally, while there were no plumes to be found in the fall 2014 ready-to-wear or couture collections, the color is reminiscent of the glittering gold that was sent down the runway for the couture show. 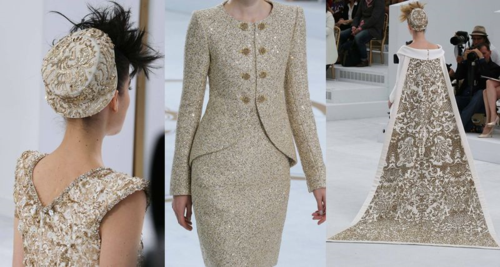 Overall, while I wish the Camelia de Plumes had a closer tie to a recent fashion collection, I like that Chanel mixed it up a little and gave us a feathery camellia rather than the usual flowery one.  What do you think?

Posted at 10:16 AM in Chanel, Couture/Fashion | Permalink | 0 comments