I was so heartened to find the original artwork for some of The Balm items a few months ago I thought it would be fun to revisit Too-Faced Quickie Chronicles palettes to see if I could dig up the original images for those as well.  Part 1 will cover the art created by illustrator George Gross for some incredibly cheesy pulp novels from the late '1940s and early '50s.

George Gross (1909-2003) started out doing illustrations for Winford Publications, including Mystery Novels Magazine and Double Action Western.  He then became the top illustrator for Fiction House, cranking out hundreds of illustrations for all manner of pulp novels ranging from sports and war stories to romances.  Artistic talent ran in the family; his father, Paul Gross, was a successful fashion illustrator whose main source of income was illustrating the mail-order catalogs for legendary department store Montgomery Ward.  While Gross is primarily known for the voluptuous, scantily-clad women that graced the covers of various pulp novels in the 1950s, he continued illustrating up through the '80s for men's magazines and serial action-adventure books. 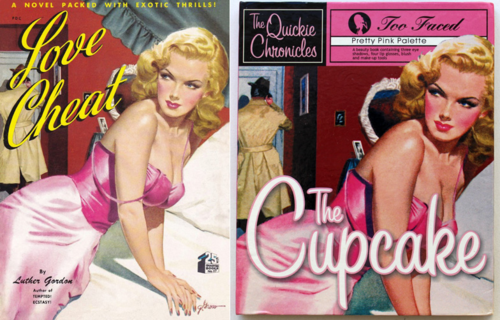 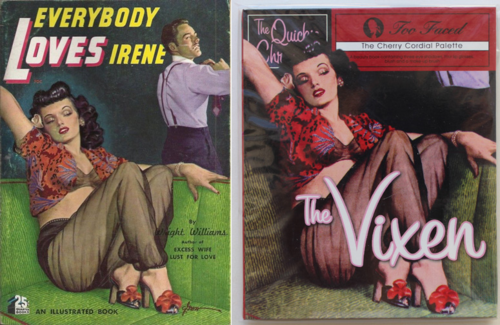 It was alternatively known as Everybody Loves a Looker. 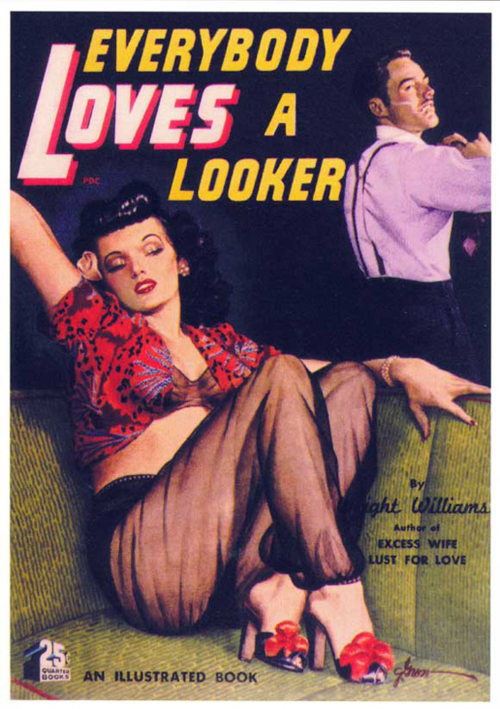 These remaining ones do not show Gross's signature on the front as in the previous two, so hopefully the attributions I've found online are correct and these really are his illustrations.

Quickie!, 1950.  Seriously, what kind of nickname is that?!  It's interesting Too-Faced took the guy completely out of the equation for their cover art. 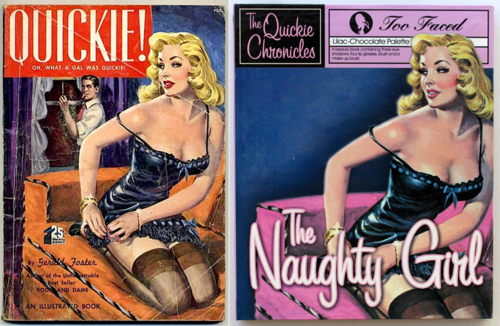 The Virgin and the Barfly, 1950.  Too-Faced made the woman's dress a little more modest by removing the cut-outs on her midriff (and, which I find hilarious, they also removed the minor camel-toe she had going on - something only a 21st-century audience would notice.) 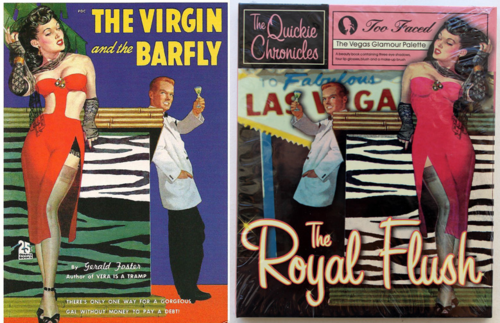 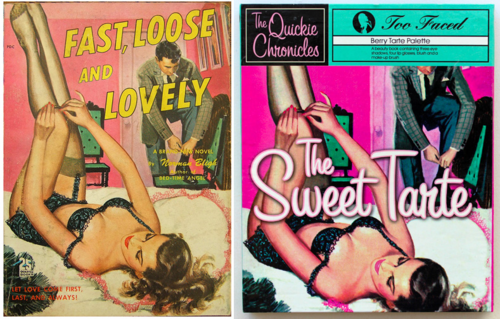 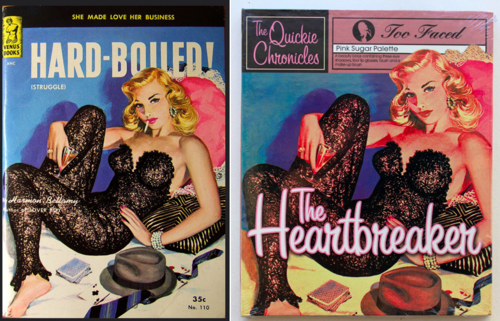 One Night with Diane, 1950.  I like how Too-Faced jazzed up the cover a little by adding some rhinestones. 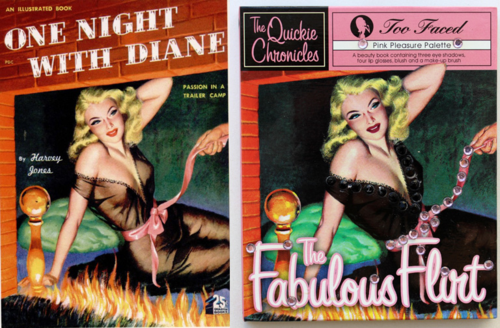 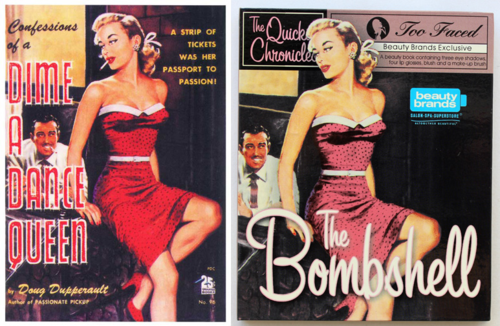 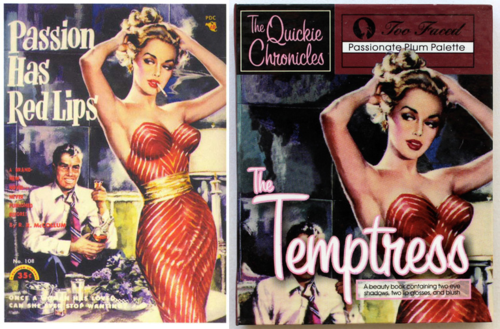 Overall, the biggest differences I see between the novel covers and the Too-Faced covers are that some of the colors have changed, most of the images are zoomed in and cropped - I suppose to accommodate the titles and descriptions of the palettes - and finally, the women portrayed smoking no longer have their cigarettes (see Virgin and the Barfly/Royal Flush, Hard-Boiled/Heartbreaker, Confessions of a Dime-a-Dance Queen/Bombshell and Passion Has Red Lips/the Temptress).  The man in the Fast, Loose and Lovely/Sweet Tarte images also is missing his nicotine fix.  That's a good PR move on Too-Faced's part.  While for the most part the images are absolute replicas of the originals, the company was careful to tweak them as needed to suit a contemporary audience, who no doubt would not approve of encouraging such a health hazard.  Could you imagine the public outcry?

So that's part 1 of this series.  While the lion's share of illustrations used for the Quickie Chronicles were by Gross, there were a few other artists that were chosen so I'll be covering them in the next several parts.