I'm taking my quarterly break from writing about art and collectibles to show the makeup I'll be wearing this fall.  :) I also managed to snag the very popular Bath and Body Works Pumpkin Pecan Waffles 2 in 1, which is delicious. 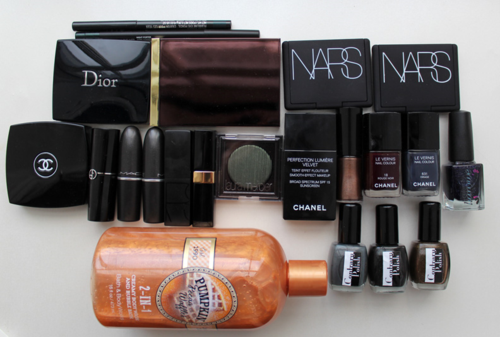 Remember how I said I may try one of these new neutral palettes?  Well, I did...in the form of Tom Ford's Nude Dip quad.  As you can tell, despite this purchase I'm still loyal to greens which remain my favorite shade to wear in the fall. 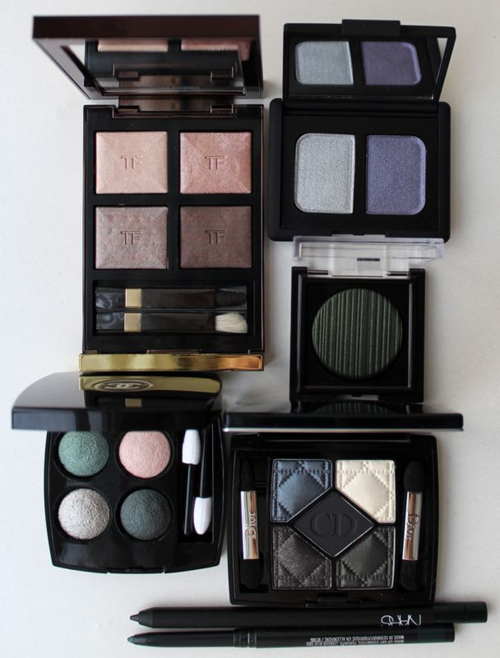 I also picked up NARS Unlawful blush, Armani nail polish #214 (the box says it's called Incense Velvet but I've seen it referred to on other blogs as Woodstone - go figure), Chanel Rouge Noir (been wanting this for a while!) and Orage, Llarowe Twinkle Twinkle Little Star (also been wanting the long-gone Essie Starry Starry Night and found the Llarowe was a good dupe), and some new shades from an indie brand called Contrary Polish.  You can see swatches of those here. 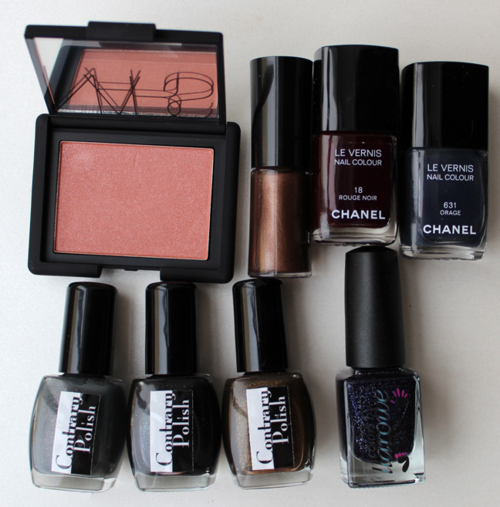 As for lips, I'm going very vampy this year.  I did pick up one caramelly/neutral that will pair nicely with smoky eyes.   I actually tried it out for a more neutral look (trying!) with the Tom Ford quad.

From left:  MAC Hearts Aflame, NARS Bette, MAC Lingering Kiss (not sure what I was thinking when I bought this - it's super opaque and showed up way too dark next to my pasty skin...I looked much too goth!), Chanel Aura, and Armani Rouge d'Armani Sheer #114. 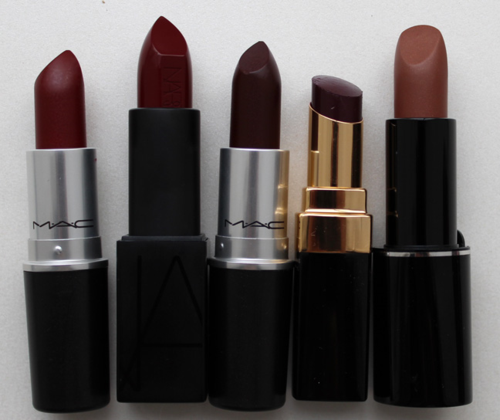 So that's what I hauled this fall.  What did you get?