I thought I'd open this post with my absolute favorite Pulp Fiction scene (sorry it's in two parts - I couldn't find a video of the Jack Rabbit Slims scene in its entirety.)  So. Many. Great. Lines.

I could sit here and type out every single Pulp Fiction line from memory, but I'll spare you and focus on the glorious Urban Decay collection instead.  As you may know, Pulp Fiction is the Curator's all-time favorite movie so I was beyond excited to see this collection devoted to Mia Wallace, just in time for the film's 20-year (!) anniversary.  I picked up the palette, lipstick and nail polish.  There was also a glitter eye liner and dark red lip liner, but I passed on those, choosing to focus on the most Mia-esque products. 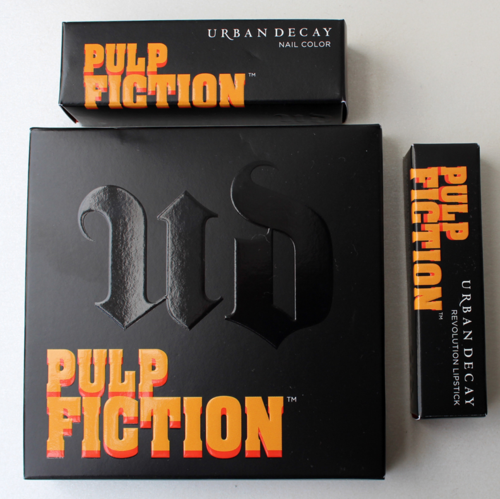 I squealed with delight when I noticed the band-aid on the bottom back of the packaging, an ode to the famous bandage Marcellus Wallace sported on the back of his head (which, incidentally, appeared simply because actor Ving Rhames had a scar there he wanted to cover up - there was no hidden meaning behind it). 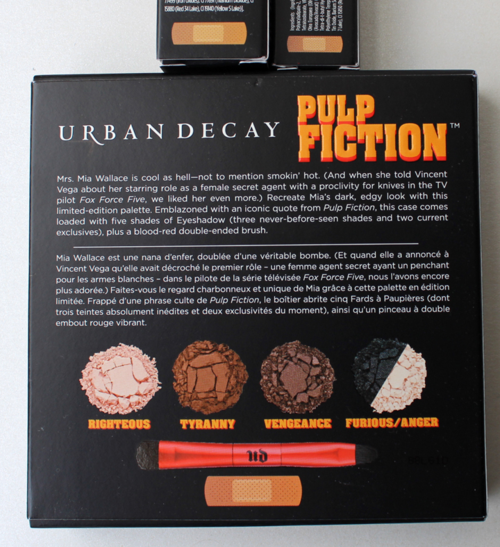 I also liked that quotes were included. 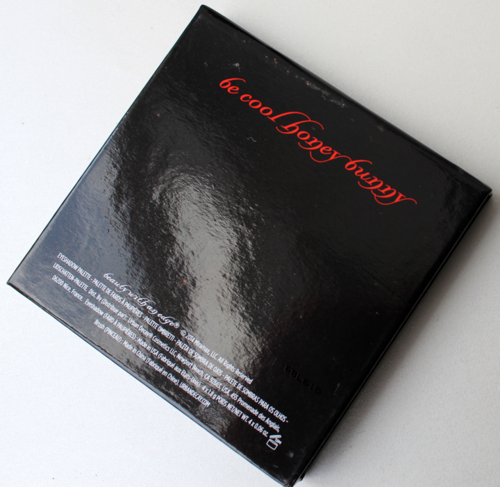 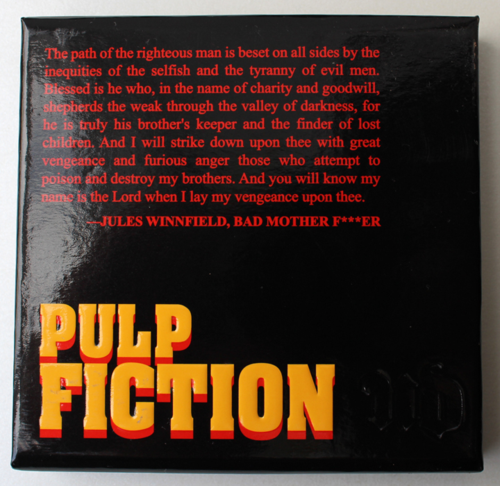 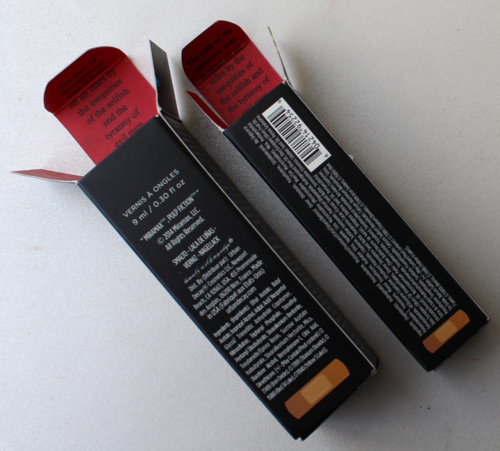 Since the collection is based specifically on Mia, I personally would have gone with the following on the back of the palette instead of Jules's speech:  "I do believe Marcellus, my husband, your boss, told you to take me out and do whatever I wanted.  Now I wanna dance, I wanna win, I want that trophy.  So dance good!"  And then put different ones on the insides of the lipstick and nail polish boxes, like "I can keep a secret if you can" or "Cooties I can handle."  Maybe Urban Decay couldn't get the rights to include any other quotes besides Ezekiel 25:17.

Sadly one of the eye shadows crumbled in transit. 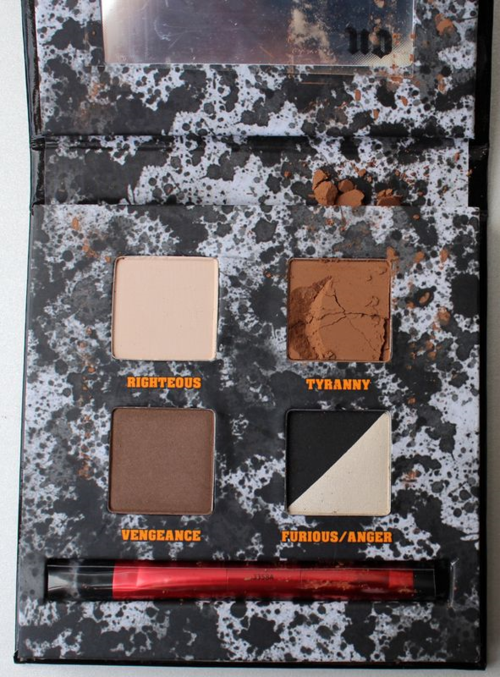 There was a cute little "get the look card" - now anyone can be Mrs. Mia Wallace! 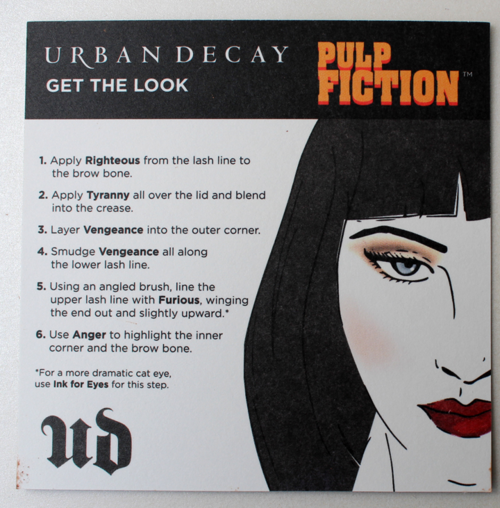 The colors for the lipstick and nail polish are great, but I think it would been cool to have been a little more creative with the names.  Both are called Mrs. Mia Wallace...how about working in some quotes of hers?  The lipstick could be Two Shakes, as in "Go make yourself a drink and I'll be down in two shakes of a lamb's tail" (especially because there's a close-up of her lips as she's saying it.)  And maybe we could call the nail polish Fox Force Five. 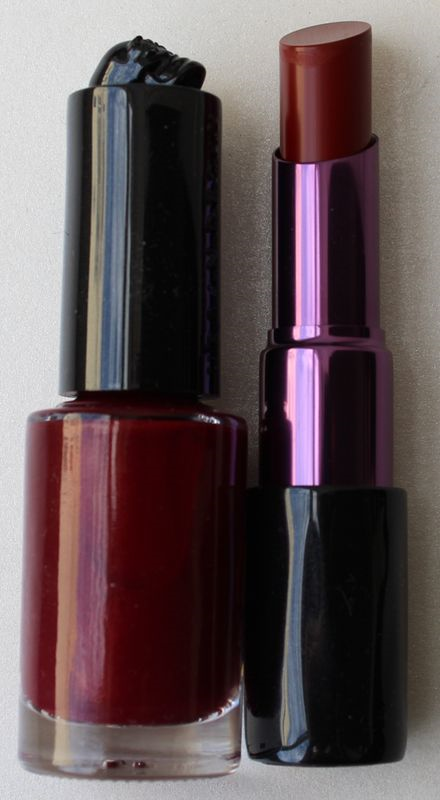 Overall, I think the collection was nicely done, although I don't think the colors are exact dupes for the original shades.  It's common knowledge that Uma Thurman wore Chanel Vamp nail polish - but then again, why would you a create a collection that consists of essentially the same colors as existing ones?  I suppose Urban Decay had to forge their own path.

And now a little bonus that I couldn't resist including in this post:  my very spiffy, oh-so-official Pulp Fiction gift guide.  If they're not into makeup, you can get the Pulp Fiction addict in your life another little trinket so that they will have happy memories of the 20th anniversary of the movie. 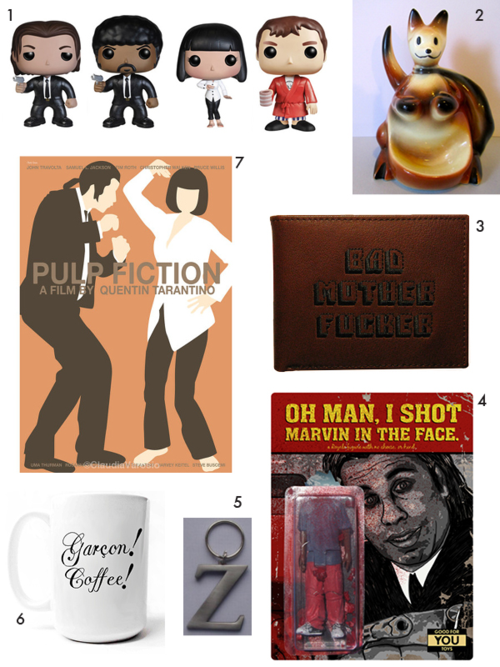 Finally, I must give a shout-out to my dear old dad, the movie buff who took me to see Pulp Fiction in the theater when I was a wee lass of 15.  Now, my dad didn't make a habit of taking his young daughter to see films filled with graphic violence, but he had seen it a few weeks prior and loved it, and somehow he just knew I would too.  His hunch was spot-on - I was instantly intrigued and to this day, no movie has quite spoken to me the way Pulp Fiction has.  And since we both love it so much, one of our many treasured bonds is quoting lines together, as silly as that sounds (and if the husband and I had gone through with the idea of dancing at our wedding, my dad and I were planning to break out the Jack Rabbit Slims moves as our father-daughter dance!)  I don't ever think about Pulp Fiction without thinking fondly of my dad, probably one of the other reasons it remains my favorite movie.

So...what do you think of the Urban Decay collection?  And are you as rabid a Pulp Fiction fan as I am?