I was so happy this lovely palette finally made it stateside.  I had anxiously been waiting out unconfirmed reports that Chanel Dentelle Précieuse would be available in the U.S. as a Nordstrom exclusive for their anniversary sale in July, and fortunately the rumors turned out to be true.  I bought it the minute it became available. 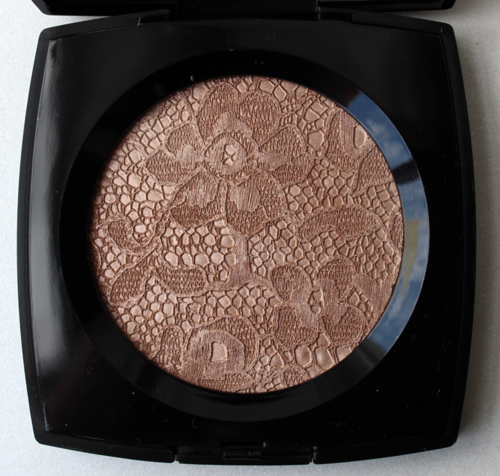 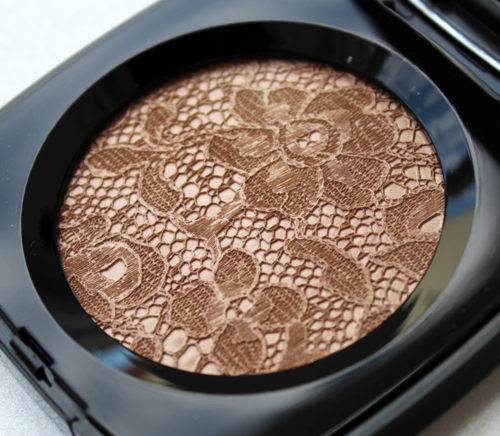 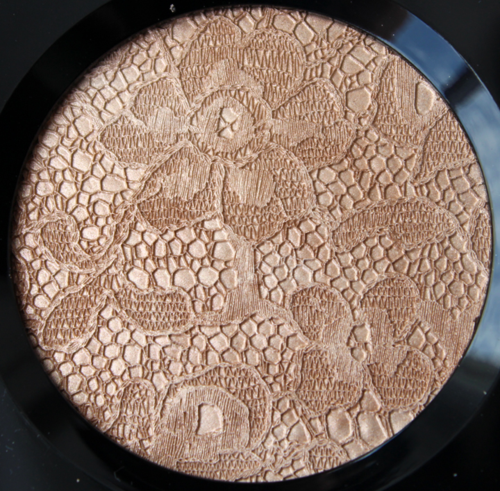 The palette's intricate lace design was inspired by "Gabrielle Chanel's love of lace" and was appropriate given all the lace that came down the runway for Chanel's fall 2014 couture show.

I would have liked to explore the use of lace throughout the history of this hallowed fashion house, but that would be an entire book.  Instead I'll examine this particular pattern more closely.  I studied the lace detailing of some of the fall 2014 pieces and none of them quite matched the pattern on the palette.  They were very close but not identical.  I was a little disappointed that it wasn't the exact same pattern, but I did some digging and I think it's actually from the spring 2009 ready-to-wear collection. 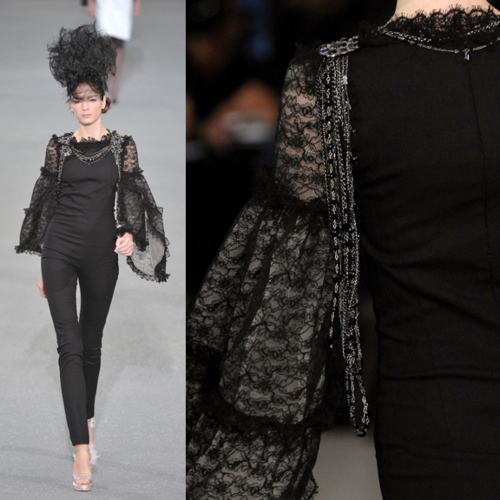 I rotated the picture of the palette and zoomed in on one of the sleeves from the top shown above.  The white circle is around the exact spot where I thought there was a match.

I might be wrong but they look the same to me (although the pattern on the palette is upside down).  If they are the same, I'm puzzled as to why Chanel would have used that lace pattern instead of a more recent one...maybe that particular one was just easier to produce in makeup form.  In any case, you can't argue that the design is truly gorgeous and probably the best lace design I've ever seen in a palette (including Dior's Dentelle collection from spring 2010 and D & G's Sicilian Lace bronzer.)