I'm still on the fence as to whether these items from Cargo are museum-worthy, but I thought they were at least worth writing about.   You may remember that Cargo's packaging and branding underwent a massive facelift last fall, partnering with illustrator Bernadette Pascua (more about that later.)  This spring Cargo has moved on to team up with another talented artist, Meegan Barnes, for a tea party-inspired tin and palette.  The Suited to a Tea collection showcases cheerful renderings of delectable teatime treats as well as Cargo's products. Cupcakes, macarons and lip gloss are neatly placed in a grid against a pale pink background. 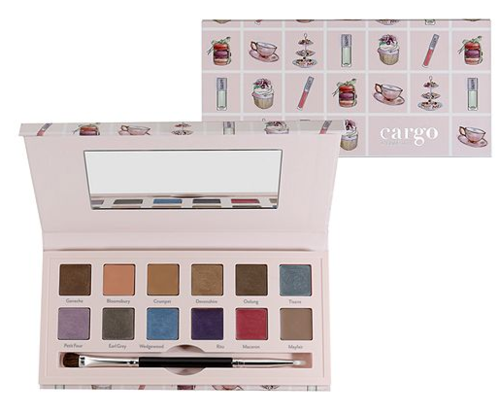 While the pattern is cute, where Barnes really shines with this collection is her depiction of Chloe, Cargo's new "illustrated muse" who "represents the core Cargo customer".  Unfortunately Chloe only appears at Cargo's website rather than on the actual makeup packaging, which is why I hesitate to purchase one of these items.  It's a shame, since in her figurative illustrations Barnes displays a masterful use of color that simultaneously manages to be both exuberant and delicate, and that's not as visible in the small objects on the Cargo packaging. 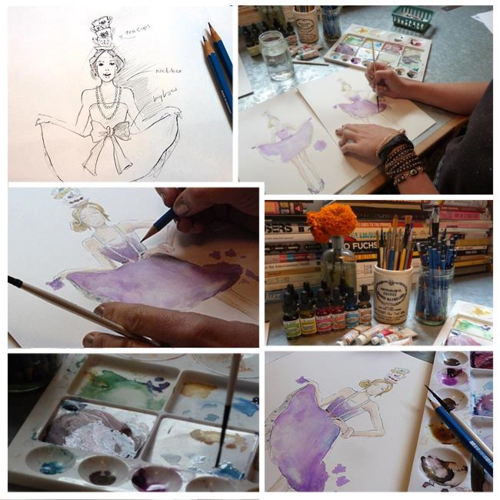 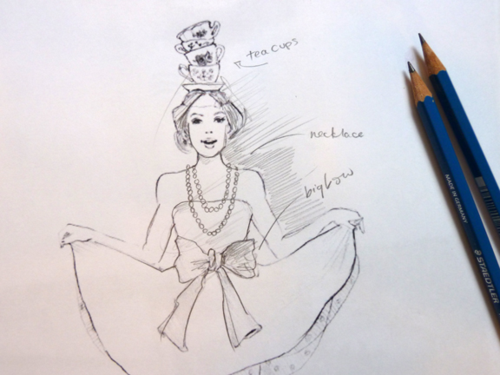 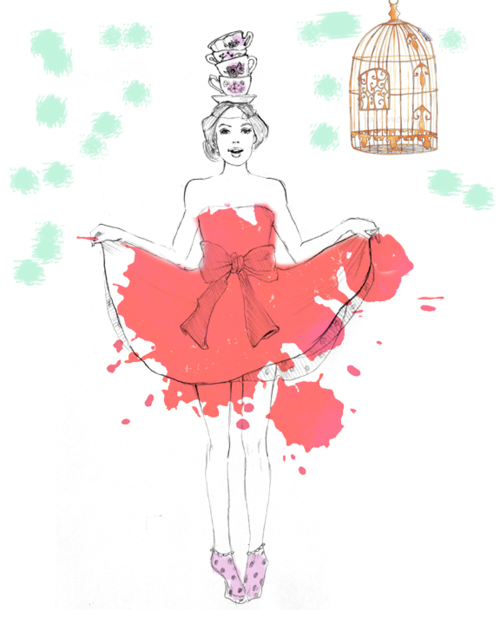 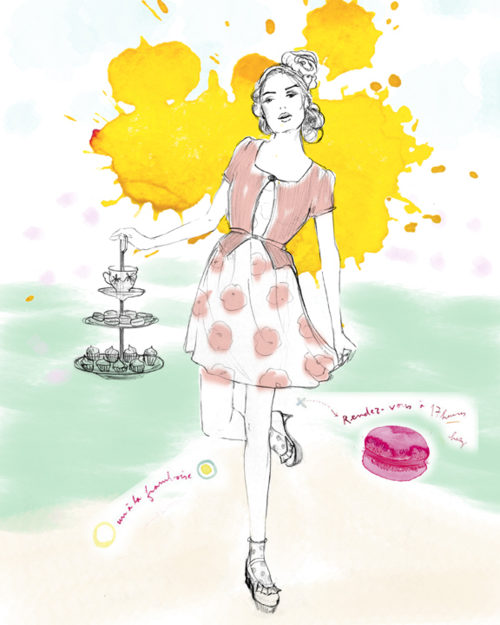 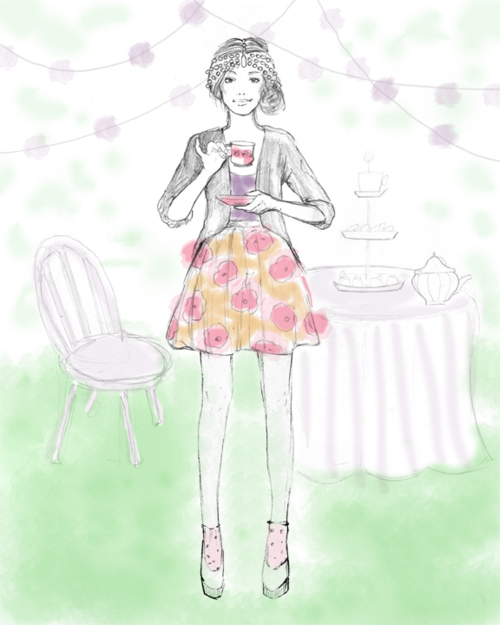 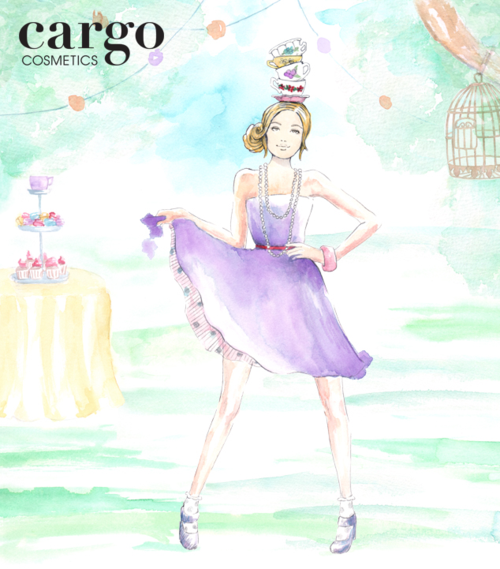 The Los Angeles-based Barnes got her professional start in New York in the late '90s.  Since then she has collaborated with a number of fashion labels and magazines, including Banana Republic, Nylon, and Urban Outfitters.  While her drawings for Cargo are still in keeping with her illustrative style, other collaborations as well as her personal work point to an edgier, tougher side that's not apparent in the very sweet Chloe illustrations.  Take, for example, her series "#ModelsFalling". 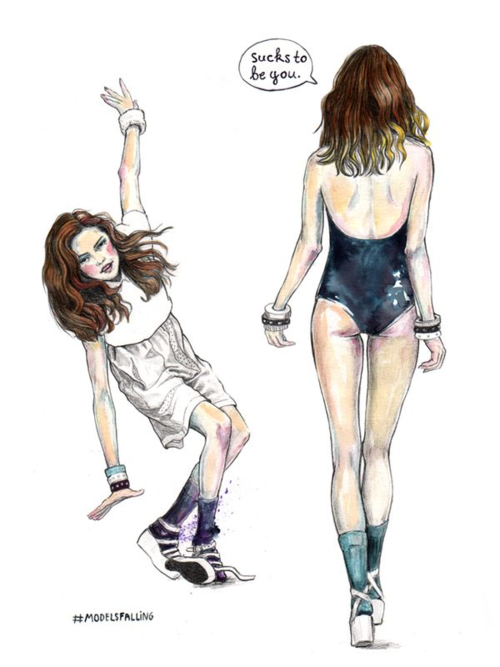 Or the women depicted in her drawings for a book cover (Matahari) and t-shirts for Zoo York.  Pretty badass, right?  They're a sharp contrast to the more innocent, girlish Chloe. 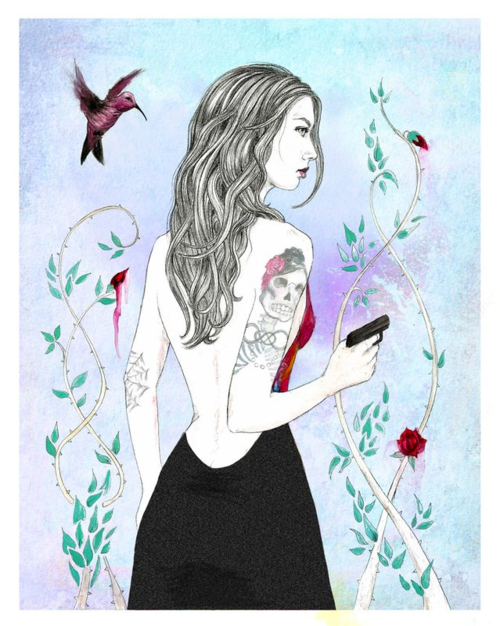 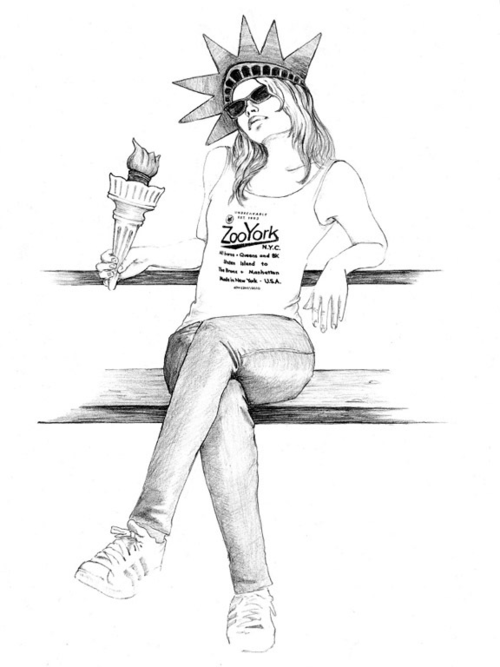 I think one of the marks of a good artist is knowing exactly the feel or vibe of a collection when teaming up with a client and adjusting their style accordingly.  In this case, Barnes turns down the gritty and cranks up the pretty.

While I admire Barnes' work for Cargo, I'm still wondering what happened to the first illustrator Cargo hired for their re-branding effort, Bernadette Pascua.  I contacted the company and was told that she worked on the fall 2013 and winter 2014 campaigns and that Meegan Barnes had taken over for spring 2014. 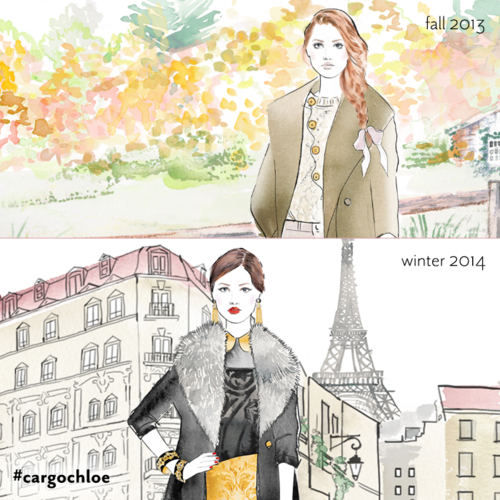 What Cargo neglected to tell me was whether it was a matter of Pascua dropping out of the project so a permanent replacement (Barnes) was found, or whether it was just that from the start they had decided that artists would change every few seasons.  I guess time will tell.

What do you think of Meegan Barnes' work and the Suited to a Tea collection?

Posted at 09:50 AM in Artist collaboration, Cargo | Permalink | 0 comments