One prediction I have for 2014 is that it will be the year of the strong lip.  And by "strong" I don't mean deep burgundy, neon pink or even bright orange.  I'm talking about the truly extreme hues - blue, green, yellow, black and grey.  Unusual lip colors aren't exactly new, but in recent years, shades and designs once reserved for Halloween started making their way to the mainstream.   After Yves Saint Laurent introduced a black lipgloss in the fall of 2008, more companies (outside of MAC and various drugstore brands, which always sold them) started offering the lip color that was previously solely the domain of the goth kids.  UK-based cult brand Illamasqua joined Sephora in fall 2009 and brought their matte black lipstick with them, while Urban Decay released a sheer black lipstick dubbed Oil Slick with their fall 2009 collection.  In 2010 Makeup Forever released a new line of lipsticks that included a glossy opaque black.

More rumblings of a bold lip trend surfaced in 2011 with the very popular Violent Lips temporary lip tattoos, available in a range of patterns and finishes, along with a sheer green lip gloss from Illasmasqua. 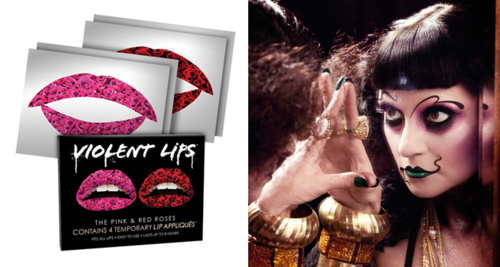 (images from beauty.com and illamasqua.com) Last year, however, is when things started to get even crazier.  Not only did we have Dolce & Gabbana launching a green lipstick with their holiday collection, both Ardency Inn and Lipstick Queen both introduced blue lipsticks, while music star Rihanna wore blue lips for a night out in London. 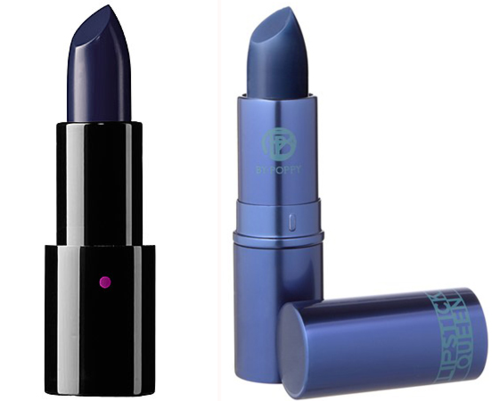 (images from sephora.com and nordstrom.com) 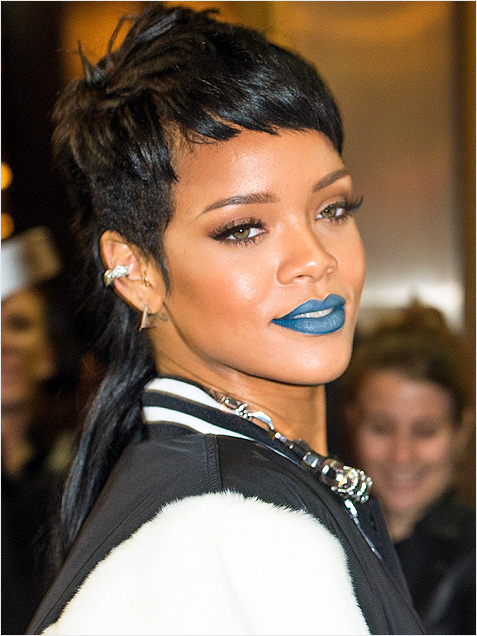 Meanwhile, new kid on the block MDM Flow made a splash in November 2013 with its hip hop-inspired lipsticks.  Founder Florence Adepoju is a recent cosmetic science grad from the London College of Fashion and says that the line is "an accumulation of all my obsessions, the colours black and gold, hip hop, beauty, fashion and science."

The very end of the year witnessed coverage of the statement lip trend at various blogs and print magazines.  Here are some selections from Harper's Bazaar and Allure November 2013 issues.  (Interestingly, this issue of Allure also contained an article about Hunger Games-inspired beauty and how outlandish makeup is becoming more of the norm.) 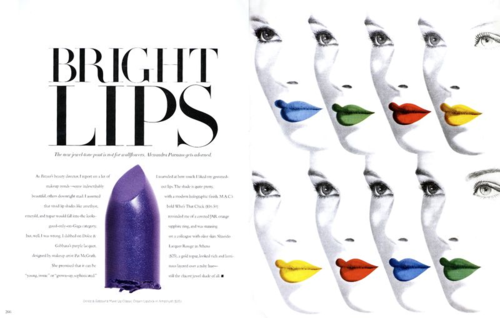 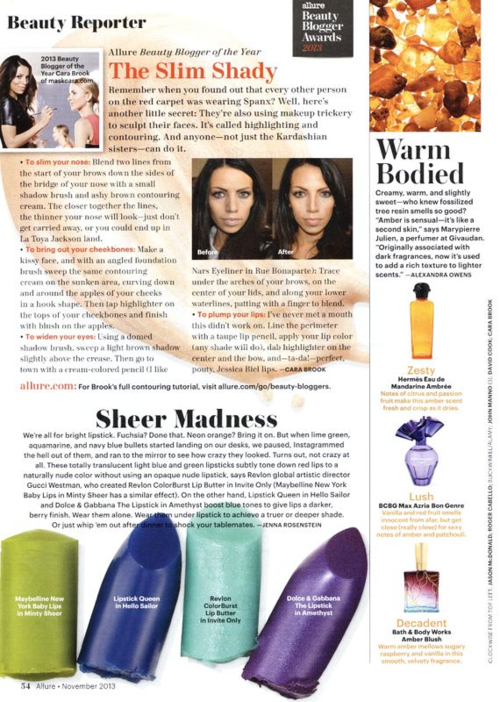 MAC also kept the trend up with the Punk Couture collection that was released the day after Christmas and included a matte black lipstick - Hautecore, which was previously for sale on Black Friday, and a sheer black gloss, Dark Outsider.

Finally, based on the sales of lipstick in 2013, some are even suggesting that bold lips are edging out nail polish/nail art as the must-have cosmetic accessory this year.

Personally I'm pretty adventurous when it comes to wearing basically any color on my eyes, but lipstick is a different matter.  While I'm eager to jump on the bandwagon and try all these weird colors, my lips are on the thin side and thus aren't so accommodating for unusual hues.  Plus, while I can get away with green eye shadow at work, I'd definitely get some disparaging looks if I attempted black or green lipstick.  So this boring office job holder can only experiment with the trend on weekends.

What do you think?  Are you up for crazy lip colors?