I was doing a lot of scouring on E-bay for vintage compacts and came across a slew of other vintage beauty items, that, sadly, have waned in popularity.  Lipstick holders were a mainstay of many women's vanities from roughly the 1930s through the '70s.  These often ornate accessories seem to have been replaced nowadays with more utilitarian lipstick "organizers" made from clear plastic.  I'm not sure why - I'll explore possible reasons in part two of this post - but for now I want to give a very quick rundown of how past generations of women stored and displayed their lipstick.

From what I've found, there were generally two types of materials used for lipstick holders in the 20th century:  porcelain and metal.  Part one of this post will cover the former.  According to this article, the three largest and well-known producers of porcelain lipstick holders were Josef Originals, Enesco and Lego Imports.

Josef Originals was created by Muriel Joseph George in 1945.  Originally the ceramics were produced in California, but when rival companies began selling cheap knock-offs, Josef Originals merged with pottery distributor George Good.  The new Josef Originals figurines were then produced in Japan from 1959 through the 1980s, when the company was acquired by Applause, Inc. and the figurines ceased to be produced.  Most of the lipstick holders were made in the '60s and '70s, and in the latter decade the company introduced a lineup of mermaid (!) and fairy figurines. 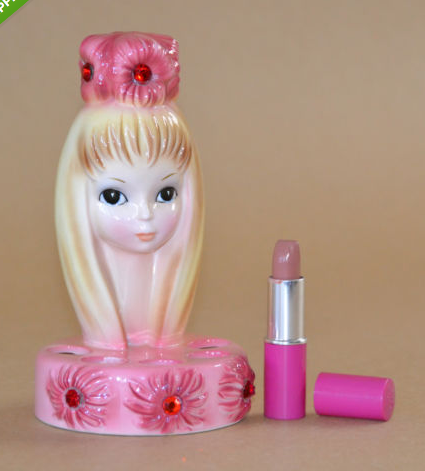 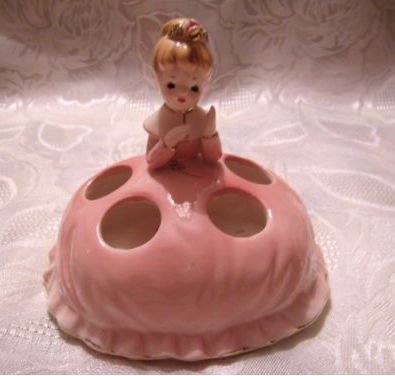 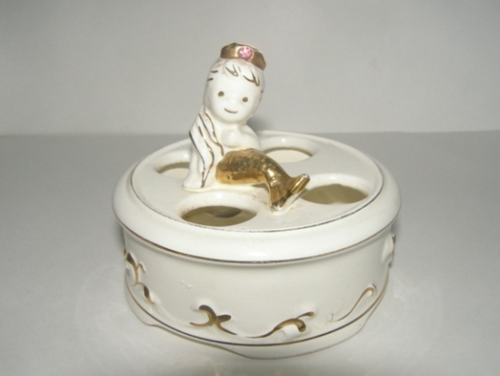 Enesco was founded in 1888 and remains one of the leaders in porcelain production (this is the company that produces Precious Moments figurines).  These are a bit more rare and hard to find than Josef Originals. 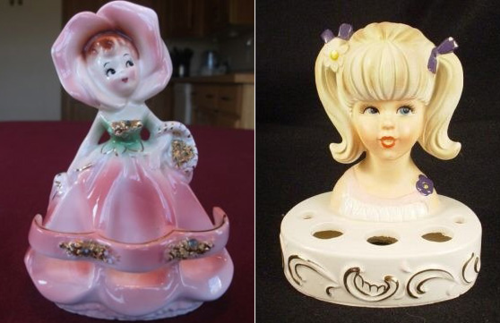 (images from ebay.com and worthpoint.com) 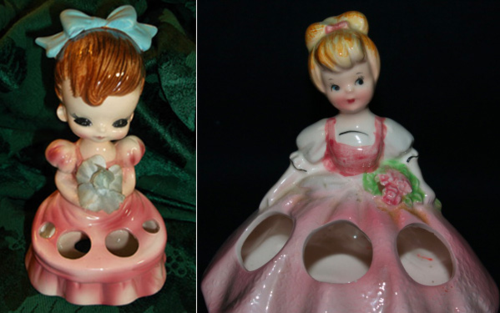 Lego Imports (not to be confused with the little toy blocks) is also still in existence today.  Primarily known for its head vases, the company also made lipstick holders in the same style. 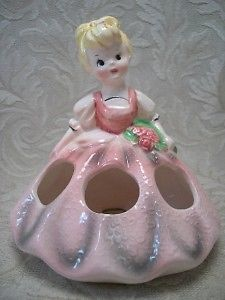 While The Examiner article cites the pieces produced by these three companies as being the most desirable lipstick holders to collect, I found another source that manufactured lipstick holders of equal or nearly equal quality, or at least, popularity.  Norcrest Fine China was founded in 1958 in Portland, Oregon by Japanese-American businessman Bill Naito, whose father Hide, established a gift shop there in 1921 that sold porcelain wares and other trinkets.  While the business was headquartered in Portland, the items were manufactured in Japan and shipped to the U.S.  (You can read more about the history here.)  The company closed in 2004. 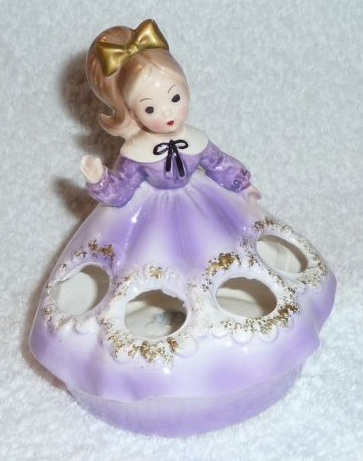 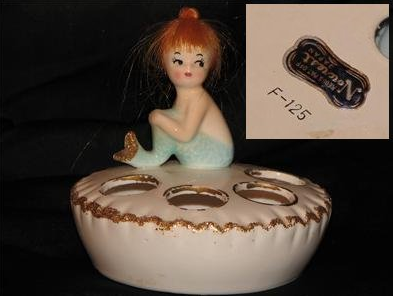 Like the metal holders we'll see in part two of this post, ceramic lipstick holders largely fell by the wayside in the late 20th century.  I'm still awestruck by how overtly feminine they are - not only do they overwhelmingly come in pink or other "girly" colors, the spaces for the lipstick are often gathered in the folds of an enormous hoop skirt.  I know it's a lipstick holder and thus, an object that is geared towards women, but the markers of femininity in these vintage holders are incredibly exaggerated...and are perhaps one of the culprits behind their disappearance from most women's vanities in the late 20th century?  We'll explore that in part two.  Stay tuned!