Now that we've covered porcelain lipstick holders, let's take a peek at the other main type of vintage holders:  metal.  Nearly all of the metal lipstick holders produced in the 20th century had filigree work or equally ornate details like rhinestones and faux pearls.  And many were fashioned out of ormolu (if you don't know what that is, no worries - I had no idea what it was either.)  According to the good old Merriam-Webster dictionary, ormolu is a "gold-coloured alloy made up of copper, zinc, and sometimes tin in various proportions but usually at least 50% copper. It is used in mounts (ornaments on borders, edges, and as angle guards) for furniture and for other decorative purposes. After the molten alloy has been poured into a mold and allowed to cool, it is gilded with powdered gold mixed with mercury. It is then fired at a temperature that evaporates the mercury, leaving a gold surface.  Ormolu was first produced in France in the mid-17th century, and France remained its main centre of production."

Some of the heavy hitters in terms of brands included Sam Fink, Matson, and Florenza.

There's very little information on Sam Fink, but if you see a goldtone lipstick holder with a cherub on it, chances are it's a Sam Fink.  The company was active from the 1950s through the '70s.  I'm not sure whether the company's signature design was an angel or if there just happens to be a large proportion of them for sale currently, but quite a few Sam Fink pieces have this figure. 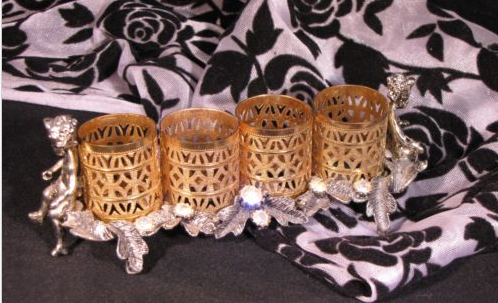 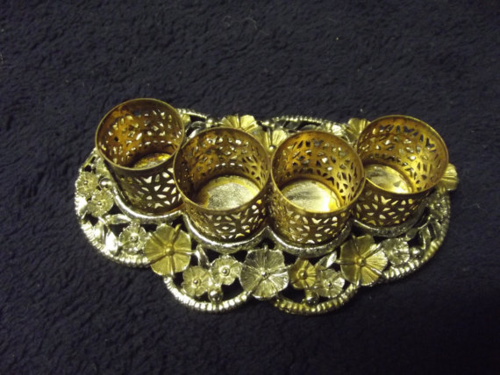 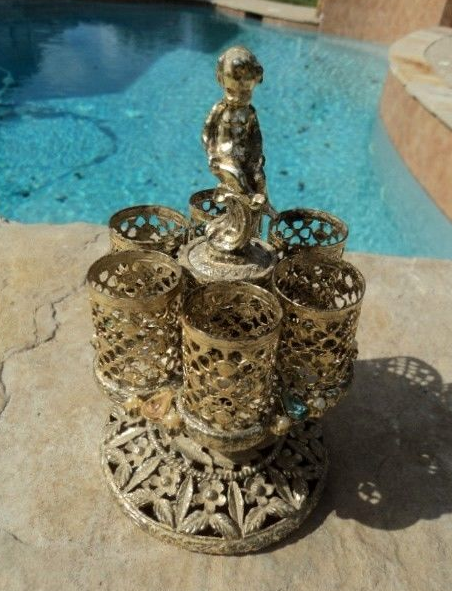 As with Sam Fink, there's hardly any information on Matson.  However, the dogwood flower and roses were common in their designs. 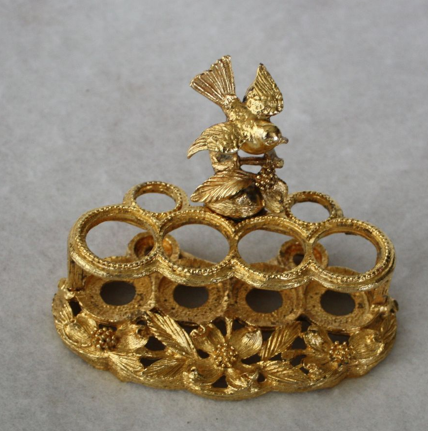 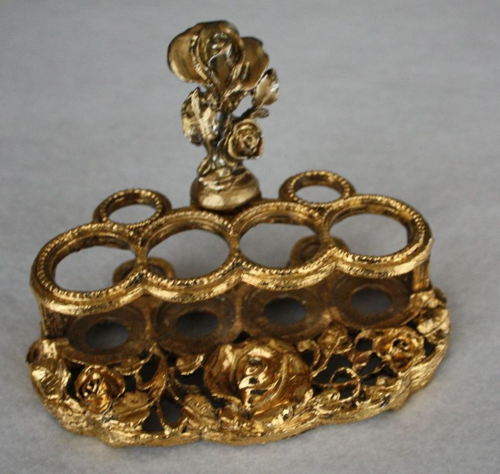 Florenza was a jewelry company founded in 1949.  Lest you think their pieces have some kind of Italian flair, the company name had nothing to do with the city of Florence but was a riff on the founder's mother's name.  Florenza manufactured slightly higher-end pieces that were sold in department stores like Bloomingdale's and Lord & Taylor.  Unlike their competitors, Florenza offered a multitude of finishes for their lipstick holders beyond plain gold.  These are two of their "French white" items, which were actually enamel that sometimes had a metallic finish. 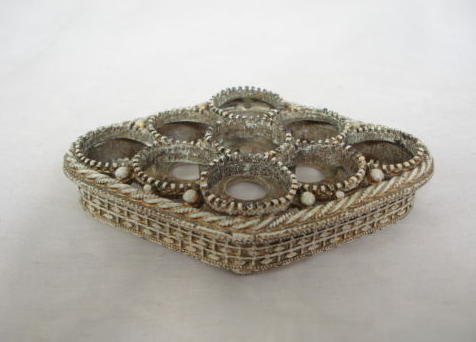 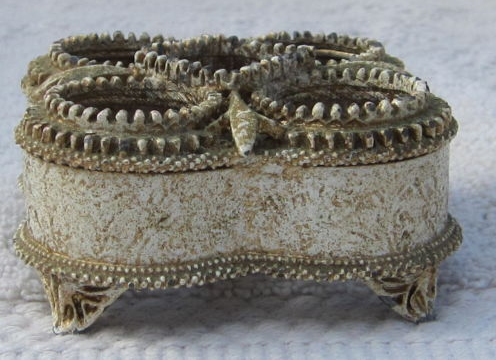 Picking up from where I left off in part 1 of this post, I am curious to know why these types of holders are unpopular now.  Or at least, not liked enough that any company would manufacture any in these styles.  Perhaps it's just a matter of trends and popular opinion - the taste for ornate display pieces has simply disappeared in favor of more practical, space-saving options.  Or could it be that as women gained more freedom in the latter part of the 20th century, unabashedly feminine items were considered a liability to the feminist movement.  I'm not claiming that feminism killed the lipstick holder, but maybe it helped shift the original aesthetic to something that would appeal more to the "liberated" woman.  As more women entered the workforce, a sensible lipstick organizer would make sense in helping them get out the door on time rather than fussing with an overly-designed holder.  It seems very likely that in reaching for a lipstick one would knock over a figurine or one with a large element in the middle, like the third Sam Fink and the Matson holders shown in this post.  And maybe women wanted to shift away from wearing makeup to look pretty or viewing it as a luxury - toned-down makeup became the norm for working women who wanted to appear nothing but professional, and they wanted something equally plain to contain their products.  (I can't back any of this up, of course...just speculating here.)  Fortunately, nowadays we've moved beyond the functionally sound but dully designed acrylic holders.  I think Anthropologie strikes a nice balance between elegant and utilitarian in their lipstick holders. 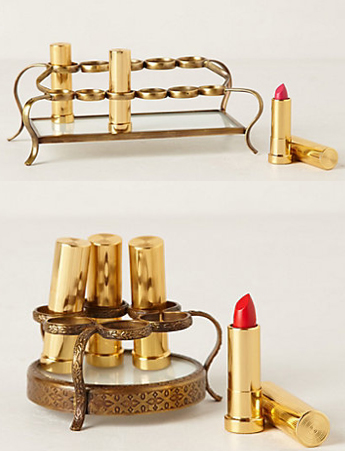 What's your preference?  Do you enjoy the gaudiness of the gold filigree holders, the super girly porcelain figurines, or a basic acrylic lipstick organizer?  Or a combination of modern design and retro style, as represented by the Anthropologie lipstick holders?  To be honest, porcelain figurines creep me out, I find clear plastic holders extremely uninspired, and the more modern ones just don't have the same appeal as true vintage holders.  So I'm partial to the old-school filigree metal lipstick holders - I love how over-the-top they are!