Sometimes tons of crystals on a palette can appear, for lack of a better word, cheap.  Not so with this very tasteful mirror compact created by jewelry line Lulu Frost for Bobbi Brown's Hollywood-inspired holiday collection.  Lisa Salzer, founder and creative director of Lulu Frost, spoke to elle.com about how the collaboration developed.  "[Bobbi] bought a necklace of mine and wore it out to a wedding and loved it...she actually called us afterwards and from then on, a great relationship was born.”

I thought the pattern was really unique and pretty, and I like that there's a retro feel to it without being costume-y.  It's the ultimate expression of "modern vintage". 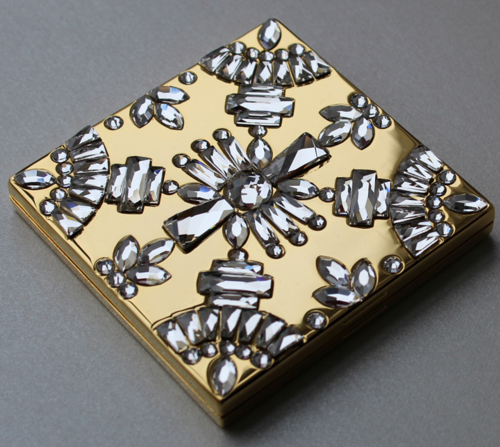 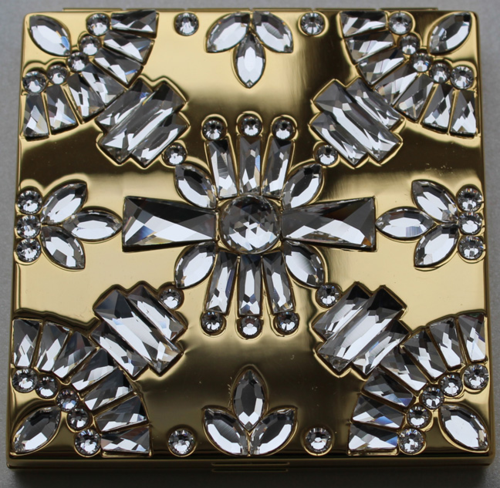 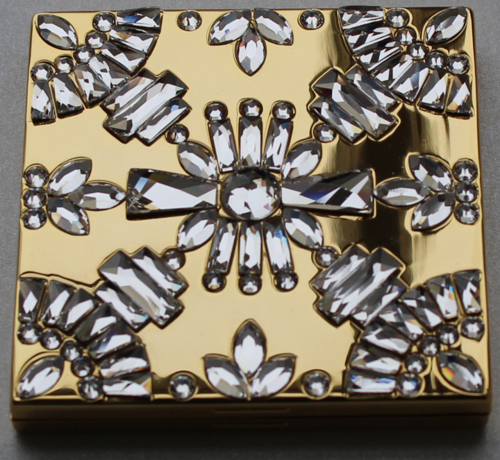 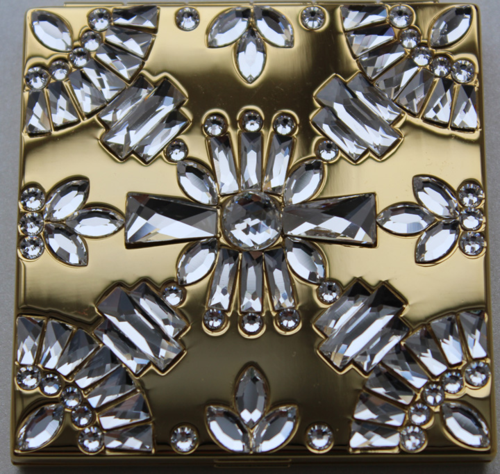 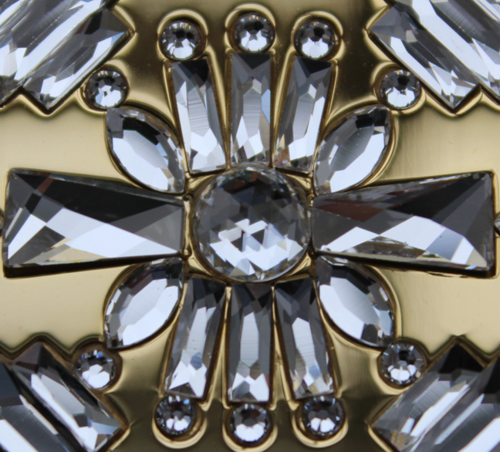 Salzer states that the design took its inspiration from an old compact that Brown had purchased at a flea market.  “So I took that [compact] and created one that was encrusted with an Art Deco pattern of crystals on top. I love Deco. It’s so classic, the craftsmanship is incredible, and there’s also a geometry to it that’s very cool.”

Since I'm short on time today I will not go into comparing this piece to Art Deco compacts or jewelry, but I will say that it's a good representation of the Lulu Frost style.  Incidentally, I did look at the website to see if there was anything identical to the pattern on this compact.  There were similar items but nothing identical, so I was pleased that Salzer did something different just for this collaboration but still kept true to her aesthetic.

What do you think of this compact?  Too blingy or just right?