New beauty event: Beneath the Surface

Thanks to PJ at A Touch of Blusher, I was alerted to these events at the Japan Foundation in London.  "Beneath the Surface:  A Culture of Cosmetics in Japan" will feature two talks by Noriyo Tsuda, Chief Curator of the POLA Research Institute of Beauty and Culture (how do I get that job?!) 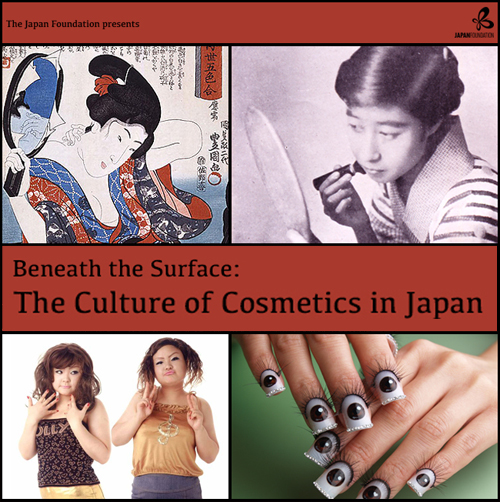 The first presentation is "Haniwa Beauty to Snow White - Japanese Cosmetic Culture from Ancient Times to Now" and will take place tomorrow at 6:30pm.  The description:  "From ancient customs to current trends, Tsuda will look at Japanese cosmetic practices over the course of history and discuss how Japanese cosmetics have developed through the centuries. Giving an overview of the aesthetic ideals and reasons for the use of these cosmetics, this talk will provide examples of how lifestyle and social circumstances have influenced the culture of cosmetics in the past and affected contemporary standards of beauty in Japan."

The second talk is "Beauty Icons - Primping and Preening in Edo and Meiji Japan," which will take place on November 8 at 6:30pm.  "In this talk, Tsuda will compare and contrast two of the most distinguishing periods of cosmetic culture in Japan, namely the Edo (1603 - 1867) and Meiji (1868 - 1912) eras. Exploring the characteristics of Japanese cosmetics in the Edo period, when traditional cosmetics are thought to have matured, she will elaborate on what cosmetics were used and who the trendsetters were. Moving on to the Meiji period, Tsuda will discuss how grooming standards and notions of 'beautiful women' were impacted by drastic social reform after the opening of Japan to the West."

I did a little more digging and I found an event poster with these two pictures, the objects in which I'm assuming Tsuda will discuss. 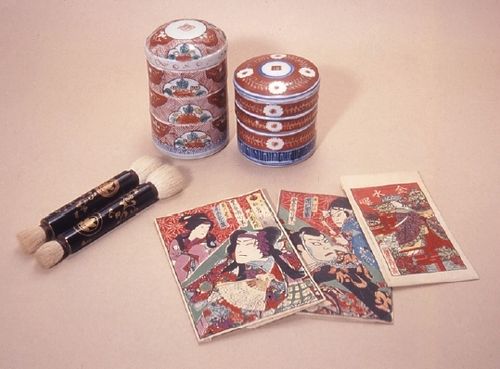 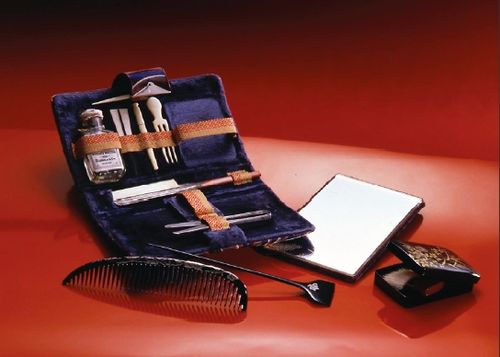 I was greatly intrigued by this POLA Research Institute of Beauty and Culture so I gathered some basic information on it.  The POLA Research Institute of Beauty and Culture was founded in 1976 under the son of the founder of cosmetics company POLA Orbis Group, Suzuki Tsuneshi.  It's now part of the POLA Museum of Art in Hakone, Japan, which displays Tsuneshi's personal art collection consisting of over 9,500 objects.  While the museum boasts roughly 400 paintings by Western artists (Cezanne, Gauguin, Monet, Renoir, Picasso, Chagall), there is a section of the museum devoted to the beauty objects he collected as well.  Some of these treasures include:

A silver dressing set with an iris pattern from the early 1900s: 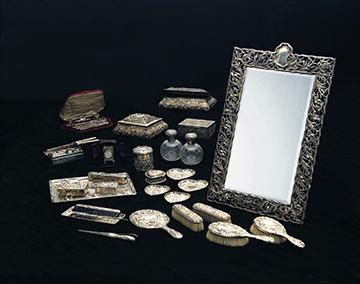 A bride's wedding kit from the Edo period: 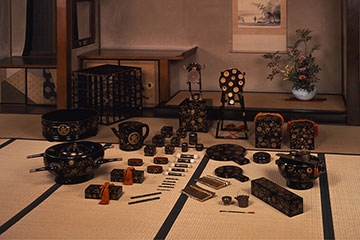 And a mid-19th century dressing case. 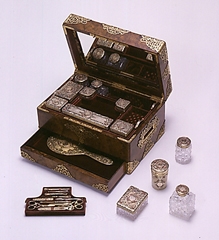 I don't know about you, but I'm ready to hop on the next plane to London to catch both talks, then off to Japan to see the POLA collection!  I really wish they had a museum catalogue for their beauty items available for purchase online...maybe Tsuda will spearhead the release of one eventually and/or a book based on the talks he's giving in London.

Posted at 11:56 AM in Cosmetics history, Exhibitions and museums | Permalink | 0 comments