Couture Monday: written in the stars

The star (haha) of yesterday's Color Connection is also the subject of Couture Monday.  The Bonne Etoile palette uses a motif Christian Dior believed helped seal his fate as a fashion designer. 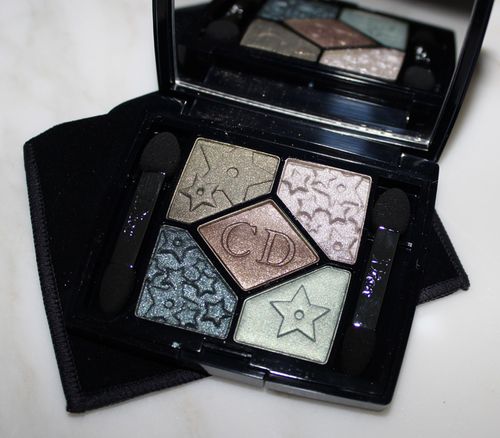 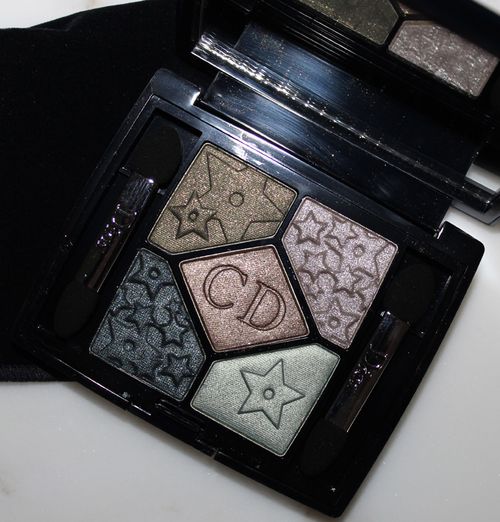 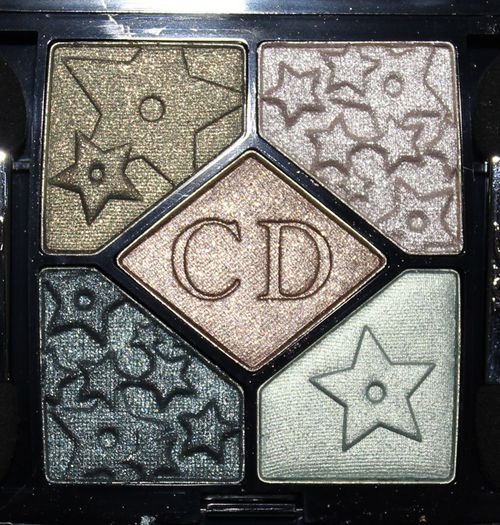 As the story goes, in early 1946 Dior was debating whether to open his own couture house.  Wandering along rue du Faubourg Saint-Honoré, he nearly tripped over something in the street:  "Bending over, Christian Dior picked up an object that would restore his faith: a star, the one that will propel him into the firmament of haute couture and luxury, a guiding star showing him the path to follow. At that moment he knew his answer would be 'yes', that he could no longer ignore the hand of fate."  The star, though rusty, is still preserved at his house in Normandy. 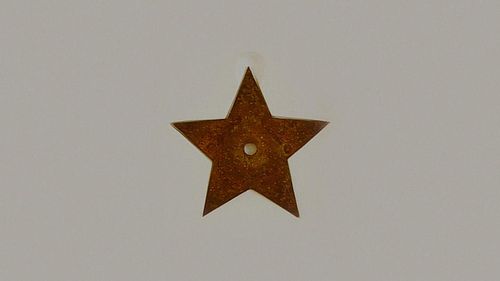 While the star was certainly important to Dior, it was never as ubiquitous in his designs as, say, the cannage pattern.  I could only find a few things that displayed the star motif, like this bracelet: 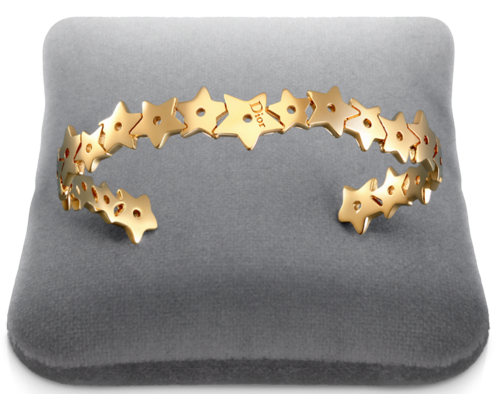 There was also a "Lucky Star" palette offered for the 2005 holiday season.  I couldn't find any decent stock photos but you can see what it looks like here.

As for breaking out the star for this season's collection, there was no tie-in to the fashion.  The fall ready-to-wear show contained pieces featuring the early works of Andy Warhol, and the couture show had nothing to do with stars or even a sort of "mystical" theme that was the inspiration behind the makeup collection.  According to Dior's online magazine, "Mystic Metallics defines a mysterious universe in which the Dior woman as conceived of by Tyen, director of color creation, is resplendent in subtle and iridescent hues, as if by magic...'The harmonies I've created for this look reflect the galaxy's mysterious colors. It's a voyage from the earth to the moon,' claims Tyen."  I agree the Bonne Etoile palette represents Tyen's vision, but it's entirely different than what Raf Simons sent down the runway.

What do you think about this palette and the star pattern?  While I don't think it's the greatest expression of something that was very dear to Dior, the colors are truly stunning.