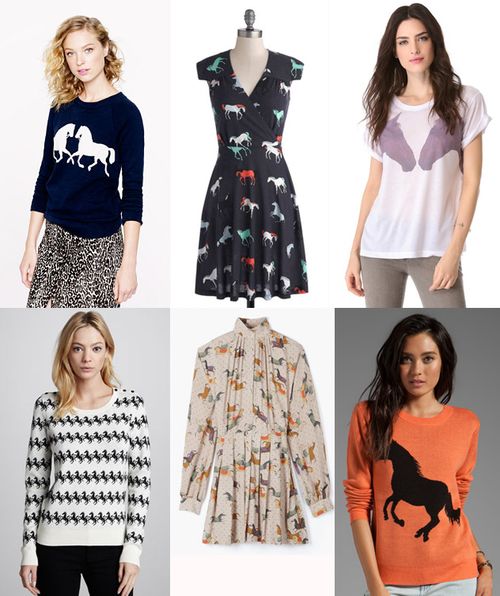 Bird motifs are SO 2011.  "Put a horse on it!" seems to be the rallying cry for many designers this fall, as evidenced by the clothing above.  Chantecaille is on board the trend as well with their Wild Horses palette.  As with previous animal-themed palettes, 5% of the proceeds go to an organization that helps the animals - in this case, the Humane Society.  According to the video at Chantecaille's website, there were over 2 million wild horses roaming freely in the Western part of the United States at the start of the 20th century; that number has now dwindled to just over 31,500.  Horses are quickly losing their land to make way for sheep and cattle.  The Humane Society works to pass legal protections for the horses and to  "persuade the government to manage populations with humane, effective, economical methods"  instead of allowing them to be sold and slaughtered. 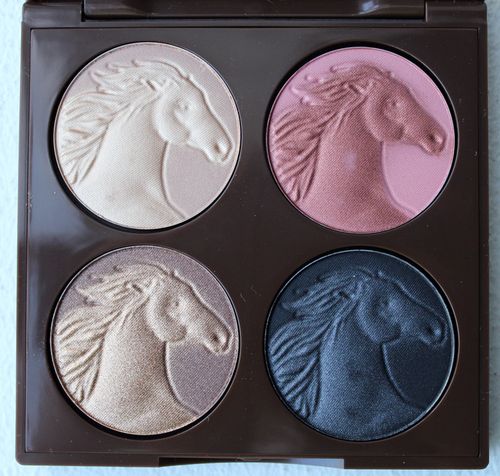 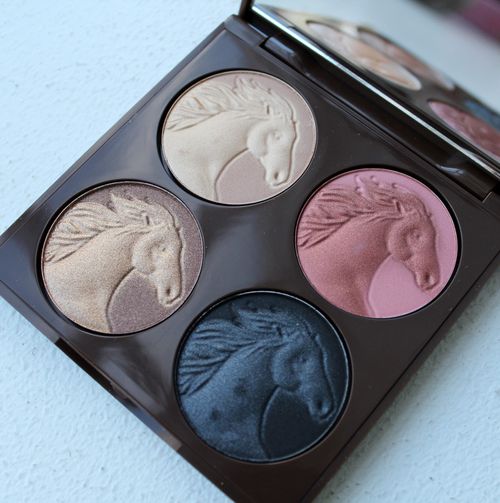 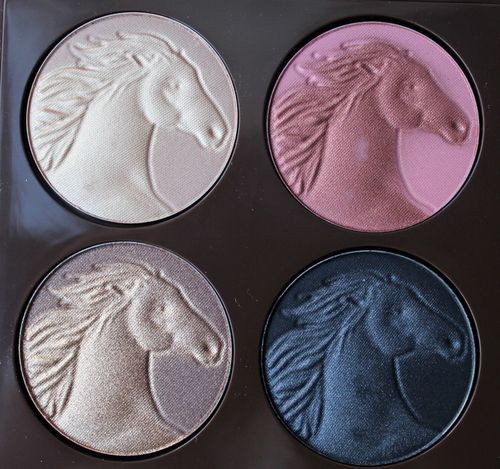 When I first saw this palette, I do what I always do when it comes to animals appearing on beauty products - try to remember whether I'd ever seen horses in an ad or on another palette.  There was Paul & Joe's Carousel collection this past spring which featured horses, but they were really more merry-go-round ponies than living, breathing horses.  So I decided to do a little research and, to my surprise, horses have made it into a number of makeup ads.

Elizabeth Arden first used an equestrian theme in 1937 and revisited it 10 years later. 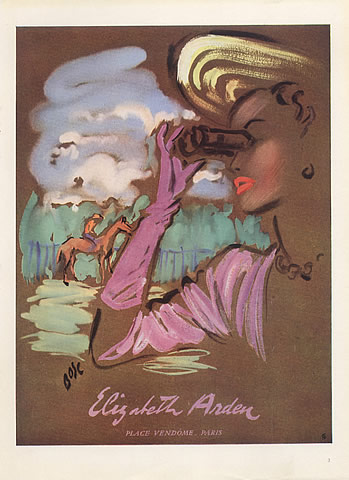 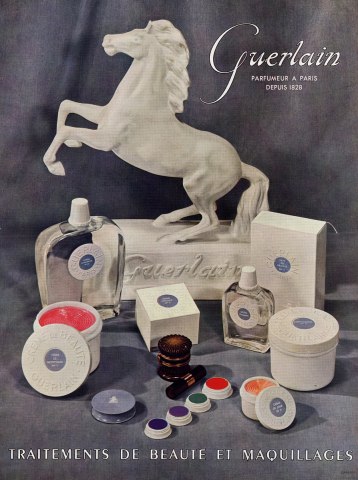 And the best of the bunch in my opinion, simply because the ad copy cracks me up, is Revlon's Stormy Pink ad from 1963 (you can still buy this shade today!): Hunting scenes involving horses also made it on to several compacts, like these beauties from Tussy (1960s) and Stratton (1950s): 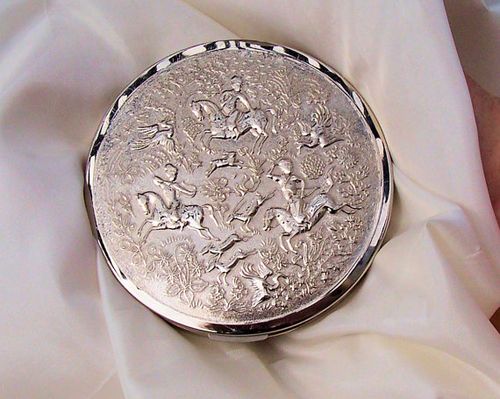 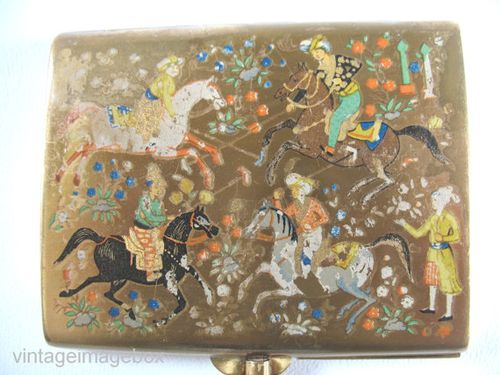 So horses in beauty ads and products weren't as rare as I suspected.

Getting back to the Chantecaille palette, this isn't my favorite.  First of all, I'm not a horse fan.  There I said it.  I just don't understand how they're considered the "graceful, majestic creatures" they're usually made out to be.  To me they're just not...attractive.  This doesn't mean, of course, that I think they should be wiped out or that I'm indifferent to them being rounded up and slaughtered, but purely from an aesthetic standpoint I find them to be rather uninteristing and ugly - awkward, smelly and somewhat dangerous, with no real redeeming qualities.  The other reason this isn't my favorite offering from Chantecaille is that this is the 6th animal-themed palette in a row (following sharks, elephants, turtles, tigers and dolphins) with the same four-pan design, so frankly I'm getting bored.  Would it kill Chantecaille to shake it up a little and come up with a different design?  I wish they would revisit their glory days of the Protected Paradise palettes.

Anyway, what do you think of this palette?