Home Museum Information Collection Support FAQs Staff About the Curator
Once upon a time...there was Paul & Joe's fall 2013 collection
Yay or neigh on Chantecaille's fall palette?

Unlike fall seasons past, 2013 did not have a single clear "it" color that I could discern.  Gray, red and seemingly every shade of purple from mauve to plum were popular, but none of those really stood out to me as a runaway favorite.  After many confusing weeks I just threw up my hands and declared that an edgy, moody green, tinged with gold or sometimes muddied with brown, would be my choice for THE color of fall 2013. 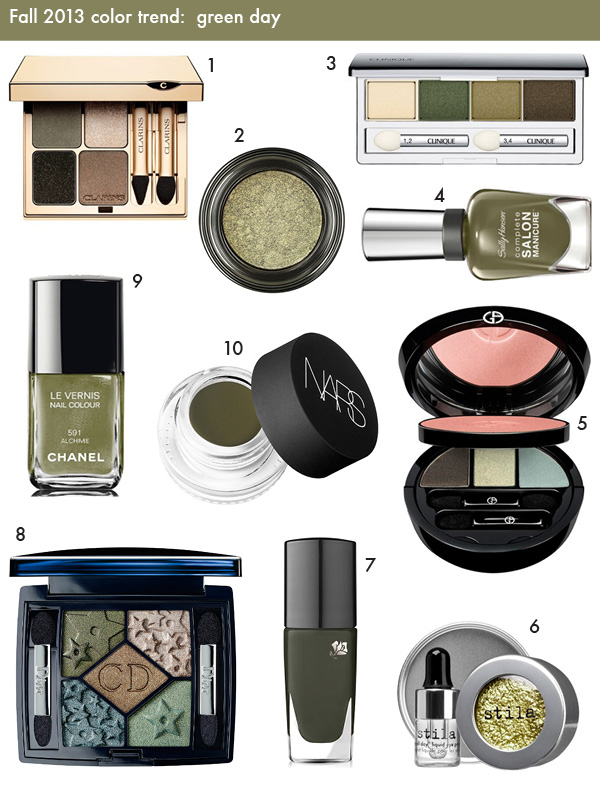 What do you think of this shade?  Personally I love basically any green shadow (very flattering on brown eyes) and polish so I'm all for it!