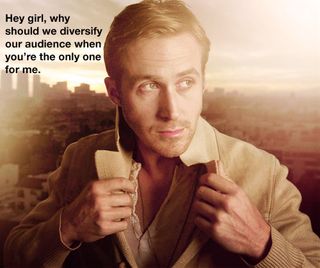 In this installment of MM Musings, I want to discuss how the Museum might be able to attract a broad audience.

Generally speaking, museums aim to reach the widest audience possible.  Not only is it a part of their mission to provide educational and cultural opportunities and information to all citizens, a bigger audience translates to more revenue.  For museums with large, more general collections, getting people from all walks of life is a challenge, but not nearly as difficult as it is for a small-sized museum with a collection that appeals to only a tiny segment of the population, i.e. the Makeup Museum.  How do I get people who aren't really interested in cosmetics in the door?  Should I even care about attracting a wide audience or simply cater to beauty addicts?

I'm going to answer the second question first.  On the one hand, I feel like I should care about getting through to those who have little to no interest in makeup.  I feel as though museums, even niche ones, have a duty to educate and provide intellectually stimulating experiences to everyone.  I would hate to see women dragging their incredibly bored husbands/boyfriends around - there needs to be something for them too.*  And of course, there's the financial standpoint - more visitors equals more funding.

On the other hand, dreamer that I am, if the Makeup Museum has even one fulfilled visitor I'd be happy.  Mission accomplished!  I admit there's a selfish angle to this too.  I want to show off my collection because I personally find it to be fantastic, and because I like it so much, I sort of don't care how others feel about it.  It's cool to ME and that's all that matters.  Which is awful and I feel guilty for writing that.  Plus, no foundations would provide grants for "pet projects" which, I guess the Museum would be if I'm not willing to prove that it performs an educational or cultural service for the public.  "Give me money because I think my collection is awesome" isn't the best approach.

Therefore, if the Museum ever does occupy a physical space, I will endeavor to get anyone and everyone to visit.  As I said previously, this can be hard for even large museums with huge collections that would appeal to a broad range of people.  So audience diversity would be particularly tricky for a niche museum.

However, the plethora of niche museums makes me think that it is possible to provide programming for all audiences.  This article profiling the recently opened ABBA Museum in Sweden particularly gave me hope.  "[We] think the new ABBA museum could withstand the test of time even with its highly specific subject matter. It would have been easy to treat the band as a curiosity of the past and merely showcase old costumes and videos while the band’s comprehensive music catalogue filtered through the loudspeakers. But the museum designers have made what could have been a kitschy nostalgic relic of a space into something modern and fresh, thanks to interactive elements and high-tech showpieces that will appeal to even kids and casual fans."  The article then highlights the museum's cutting-edge interactive features.  My vision for the Makeup Museum is exactly this.  While I plan on some room for vintage items, it won't have that musty, "cabinet of curiosities" feel - I will link them to contemporary cosmetics via specially-themed exhibitions and/or create some highly advanced interactive components of my own.

Additionally, I think cosmetics just might be an odd enough topic to reach a wide audience even if they're not usually interested in makeup.  For example, I'm not a dog person at all, but would I go see Foof (The Museum of the Dog) in Italy?  Of course! 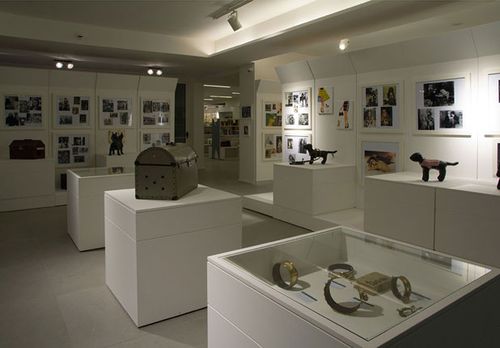 I'm terrified of surgery and the unconsciousness that's a result of anesthesia, but I would totally visit the Anesthesia Heritage Centre in London. 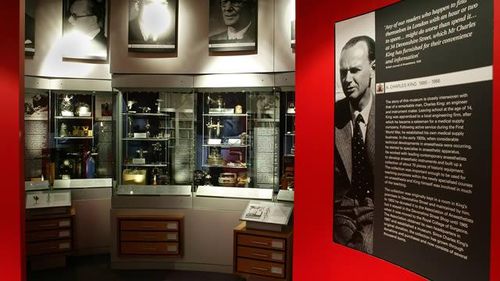 It's the sheer novelty of these places that draws people in, and if I may toot my own horn, I think I'm creative enough to make cosmetics into an appealing theme for a museum.  As long as it's got a modern, dynamic feel vs. a static one (which, admittedly, how it is now - the objects just sit on shelves), I think it would be successful at reaching a wide audience.  The biggest hurdle as I see it would be how to handle the gender issue.  Other niche museums, while devoted to a an odd topic that may not attract everyone, have the advantage of not being quite as gender-specific as a cosmetics museum.  By and large makeup is still viewed as a women's sphere, so the challenge is to draw in the guys without making them feel like they're out of place (or for the really macho dude-bros, losing their masculinity - heaven forbid!).  This is where creative programming and exhibitions come in.  I would have a permanent exhibition of men's grooming and yes, even cosmetics (more on that in a later post), along with gender-neutral exhibitions - say, makeup used in film.

Given how much I struggle just to get people to visit the Makeup Museum online, perhaps I shouldn't be so optimistic that a public space would engage a diverse audience.  Having said that, the Museum in its current form is pretty different from how I would manage it in real life, and I think even overhauling the website to make it more museum-like and less of a blog would go a long way in attracting visitors outside of those who are makeup-obsessed.

*I realize that's a rather sexist way of looking at things - there are guys who are interested in makeup and women who couldn't care less.   I was just trying to give an obvious, relatable example of who would be more likely to enjoy their visit and who would rather gouge out their own eyes than go to a museum devoted to makeup.