This recent post by Jonathan Walford, founding curator of the newly opened Fashion History Museum, briefly discusses some fashion collaborations that caused a stir due to their cultural insensitivity.  It also spurred me to write about how the same issues exist in beauty marketing.  (The many other instances of cultural appropriation in fashion and the "We're a culture, not a costume" campaign launched a few Halloweens ago were also caught in my mind.)   Normally I like to avoid anything remotely controversial, but to fully explore cosmetics history sometimes it's necessary to take a look at the industry's dark side.  I'll be using the fashion industry as a guide for this post, since cultural appropriation is conducted similarly in the beauty industry.

First, what is cultural appropriation?  Entire books have been written on the subject, but in the context of fashion or makeup, it's when companies take a culturally important symbol or idea (usually of a non-dominant or marginalized group) and use it for profit rather than true cultural appreciation.  In short, "when designers take cultural styles and put them out of context, market them in a disrespectful manner, or simply act without permission, this is cultural appropriation."  (You can read this excellent primer on the subject for more information).  Cultural appropriation is marked by a failure to acknowledge the significance behind a cultural artifact or the reduction of a group to a harmful stereotype.  It may not be quite as overt as out-and-out racism (like this sadly unforgettable 2012 Illamasqua ad or these Cibu hair products) which makes it hard to recognize at times.

Why is cultural appropriation a problem?  Because it not only erases important cultural meanings and histories, it also directly ties into the larger issue of racism.  As one fashion blogger writes, "I don't think the issue of institutional racism and discrimination can be completely divorced from the question of cultural appropriation.  They feed into one another. One would not exist (at least not in the same way) without the other...reducing an entire culture to a simple 'inspiration' for your outfit, art project, fashion collection, or photoshoot is disrespectful and unhelpful, especially when we look at the bigger picture."  I also think it speaks to the cluelessness and/or indifference of some beauty/fashion industry leaders, which, given that it's 2013, I find ridiculous - that lack of cultural unawareness is inexcusable, and given that they're clearly not doing their research on the culture they're appropriating, extremely lazy.

Now let's take a look at some examples of cultural appropriation in beauty ads from the past.  I'm going to keep my comments on each one brief, since unfortunately there are a lot.

A 1940 ad for Coty's latest shade Tamale references "dark-hued" skintones - not necessarily in a perjorative sense, but it's problematic since not all "Latin-American" women have the skintone Coty describes. As for this Harriet Hubbard Ayer ad for "Mexican Rose" lipstick, I dislike that merely slapping a sombrero on the model's head signifies Mexico. 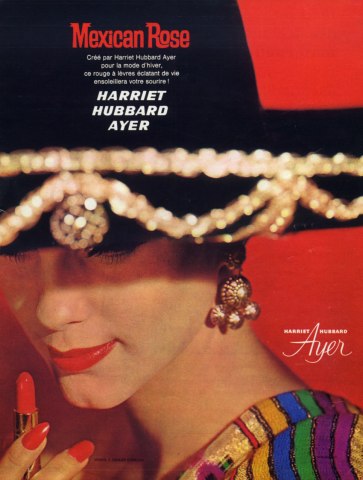 In 1963 the film Cleopatra starring Elizabeth Taylor debuted.  Prior to the film's release, in 1962 Revlon created an entire Egyptian-themed collection that included Sphinx Pink lipstick and a Sphinx Eyes eye shadow and liner set. 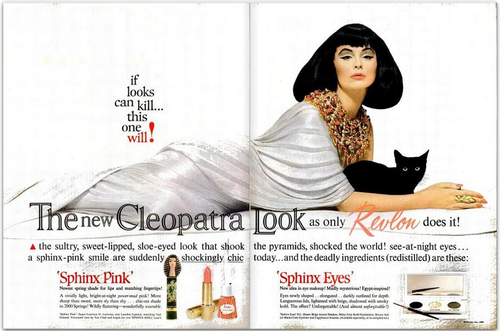 And even before that, other companies romanticized ancient Egypt to sell products, including Angel Face (1958) and Harriet Hubbard Ayer (1960). These strike me as problematic due to their fetishisation of women in ancient Egyptian history, the watering-down of a culture to highly glamorized images, and the exoticising of non-Western cultures.  Multiple companies participated in this last tactic as well.  These ads for Revlon Persian Melon (1957), Dorothy Gray Jewel of India (1960), and Elizabeth Arden Sheik lipstick (1963) present a strong othering through the depiction of a variety of Middle Eastern cultures while at the same time using Western-looking models - I suppose to make these faraway places to seem, as one of the ads suggests, "mystic" rather than threatening. 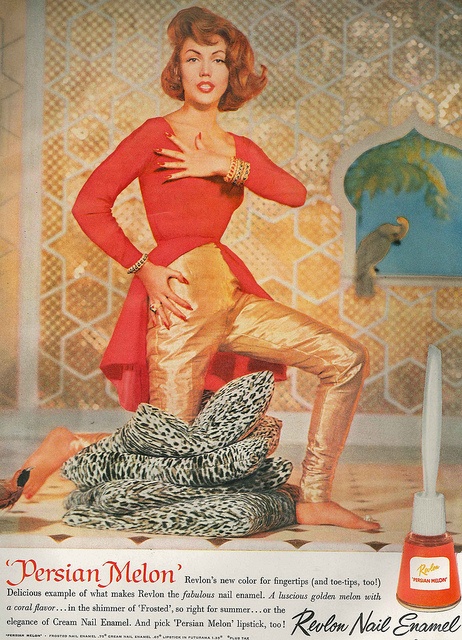 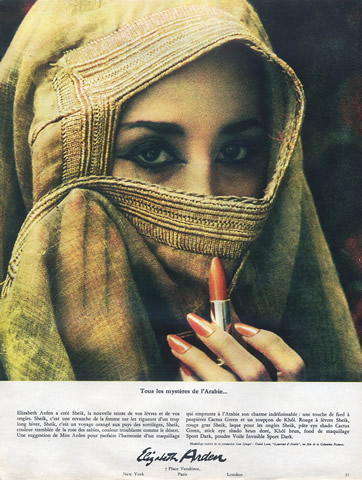 
This idea of non-Western cultures as "exotic" curiosities is persists today, although perhaps it's not quite as blatant. Take, for example, this ad for Catrice's summer 2013 collection. The first part of the ad copy reads,  "African appeal: colourful, traditional, exotic." 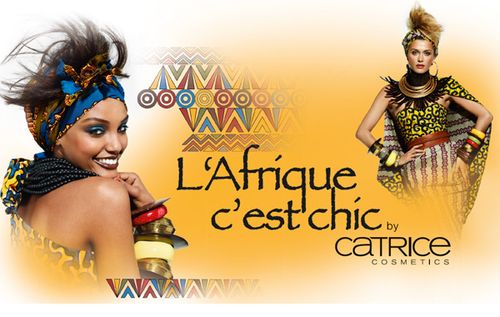 Another feature of cultural appropriation, or at least, insensitivity, is the lumping together of distinct groups without recognizing their unique characteristics.  I'm a bit embarrassed to say I own a lipstick from MAC's 2008 Style Warrior collection and have actually used it in an exhibition.  Not only does the ad copy mention stereotypes ("Amazonian Princess, African Queen, Crouching Tigress"), it combines all the discrete cultures from whence they came.  I frankly don't care that they tried to justify this with the word "cross-cultural". 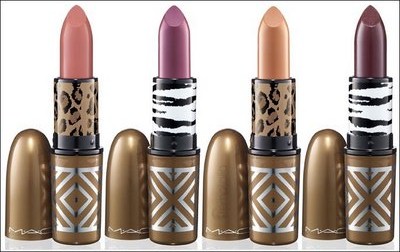 There's a similar issue with this Art Deco ad for their summer 2013 collection.  The ad copy says that it's inspired by the "amazing colors and warmth of Africa".  One could argue that this isn't really cultural appropriation because the inspiration is so vague and doesn't reference a specific people within the continent, but at the same time that very fact is troubling - does the model accurately represent how all African women dress?  I guess it's not supposed to and simply be evocative of Africa as a whole, but it looks like a costume some marketing director dreamed up. 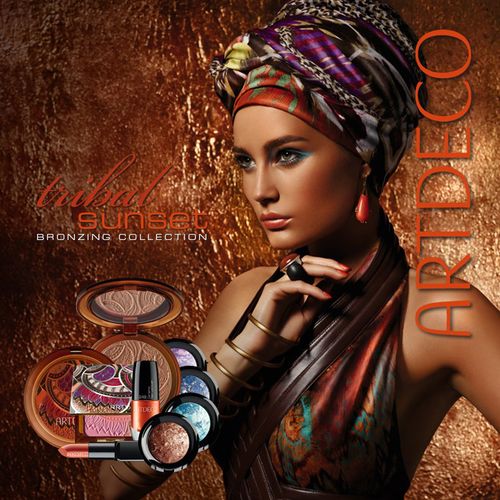 The Art Deco ad brings me to my next point.  One of the biggest offenders in cultural appropriation within beauty advertising is the use of exclusively white models to represent a non-white culture, like this ad for indie brand Lime Crime's Chinadoll collection from 2012. 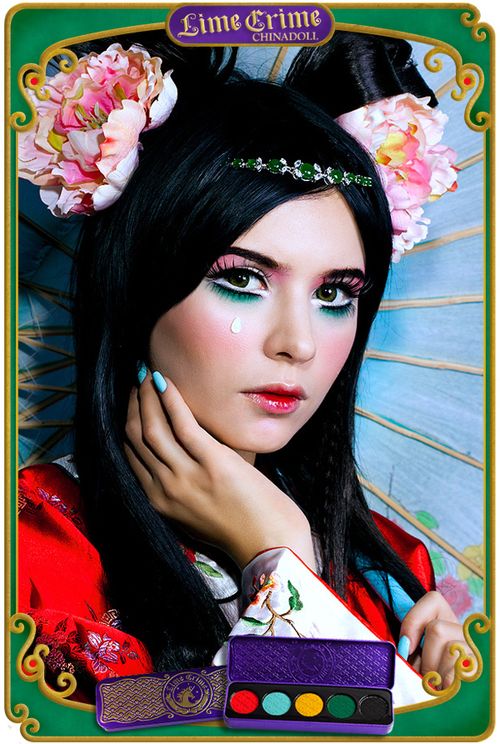 Two beauty bloggers have expressed quite well all the things wrong with this ad, so I won't rehash it here.  I will say that, as the others have pointed out, it basically reinforces some very negative stereotypes.

And sometimes, the company is so lazy it doesn't even point to which culture it's ripping off.  This was my frustration with Pupa's China Doll collection (which, as I revisit it, seems to align with Lime Crime's offenses), and Marcelle's Riviera Maya collection.  Then there's also Essence's "Tribal Summer" collection this year, which confuses Aztec culture with Native Americans. 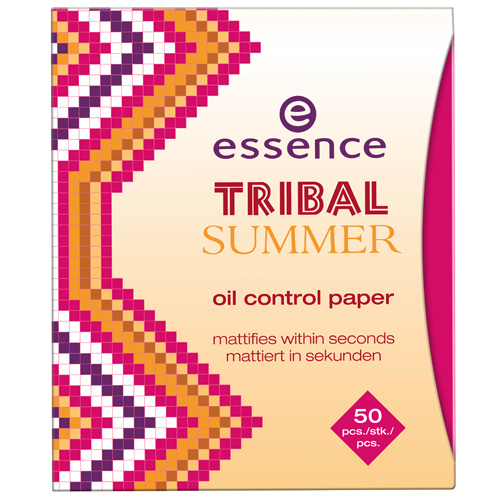 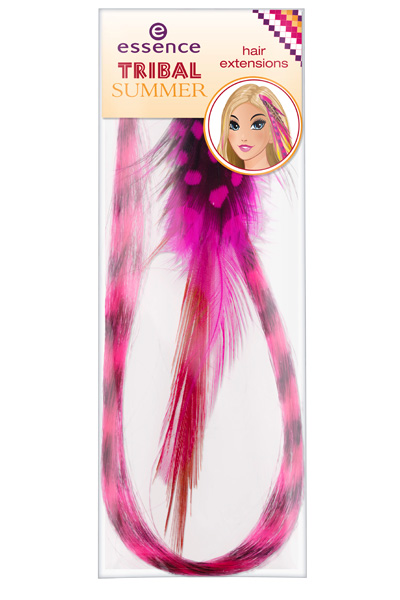 The ad copy:  "Tribal dance! The new essence trend edition “tribal summer” ensures a stylish mix of patterns, trendy Aztec prints and cool tribal designs in warm colors like orange, pink, red, purple, lilac, copper and gold to spread the pure feeling of summer. This trend edition offers lots of must-haves for all urban squaws. These include our popular pigments in bright colors, longlasting lipsticks and a bronzing powder with a tribal embossment. The absolute highlight is the tip painter set so you can create THE nail trend of the summer – Aztec nails – on your nails. And there are also cool nail feathers and a feather hair extension for the ultimate tribal look!"  I'm not really sure how you get from tribal to Aztec to "squaws" back to Aztec and finally back to feathers.

In 2010 there was a collection that was considered so offensive it was pulled even before it could hit the shelves (good job, beauty bloggers!)  The fashion label Rodarte collaborated with MAC for a collection inspired by the city of Juarez, Mexico:  specifically, the bloodshed from the city's drug wars and the innumerable women who have disappeared served as a point of departure for Rodarte's fall 2010 collection, and was the foundation for the MAC collaboration.  The product names included Ghost Town and Factory, while the promo image...well, it speaks for itself. 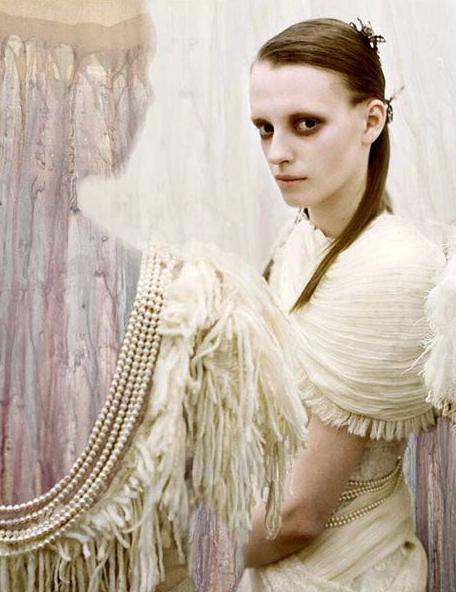 Long story short, after a huge public outcry the collection was not distributed for sale to MAC stores.  (The Awl has a great piece describing the whole debacle.)  I think what bothered me most wasn't that the Mulleavy sisters were ignorant to the situation in Juarez; rather, they had actually visited the town and decided to romanticize the women workers waiting in lines for their factory jobs in the middle of the night.  Essentially, they directly used the suffering of the people of Juarez to sell clothes and makeup.

Now that we've seen some obvious examples of cultural appropriation in beauty ads, let's talk about how one can determine cultural appropriation.  Looking at the Makeup Museum's collection, there are some pieces that walk the very fine line between appreciation and appropriation.  What makes some okay and some not?  As one author points out, "The former is acceptable when designers or companies create completely unique items that are only inspired by cultures, not direct imitations...it’s important for companies to understand the importance of a certain object, pattern, design, or idea to a culture before using it."  More guidelines are offered by Fordham law professor Susan Scafidi:  "Consider the 3 S's: source, significance (or sacredness), and similarity. Has the source community either tacitly or directly invited you to share this particular bit of its culture, and does the community as a whole have a history of harmful exploitation? What's the cultural significance of the item — is it just an everyday object or image, or is it a religious artifact that requires greater respect? And how similar is the appropriated element to the original — a literal knockoff, or just a nod to a color scheme or silhouette?"  These are important things for me to consider moving forward.

I do think there's a benefit to cosmetics companies borrowing from various cultures or groups - it brings that culture a little closer to those who might not be able to experience it firsthand in a way that's different from other means.  As scholar Johanna Blakeley writes, "Like other art forms, fashion is a powerful conduit for cultural diplomacy, translating the aesthetics of one nation or culture to people in far-away places who wouldn’t necessarily have had the occasion to think about that other world. What’s unique about fashion as an aesthetic object is that it’s something you wear: it provides the opportunity for an extremely intimate connection with a foreign perspective and it gives people the opportunity to literally walk in the shoes of another culture. The fact that fashion design elements can be sampled quite freely makes it even more likely that cross-cultural communication can occur…at the very least, in the form of fashion trends."  I think the same can be said for makeup.

As long as companies put some thought into these types of collections and not be insensitive to the cultures they're celebrating, that they can successfully launch a collection inspired by a particular group.  (One of the best examples of cultural appreciation, rather than appropriation, that immediately came to mind was NARS's 2011 Modern Kabuki collection.)  And while some companies may remain indifferent or unaware of how their next collection may be perceived, others recognize their previous missteps, demonstrating that redemption is possible.

That was long!  If you made it this far, thank you.  And I'd love to hear your thoughts.

Posted at 10:56 AM in Advertising, Cosmetics history, Feminism | Permalink | 0 comments