I spotted this exhibition at British Beauty Blogger a couple of weeks ago, and while it just closed, I thought it was still worth sharing.  Back in May, Goldsmiths' Hall in London opened "Ultra Vanities:  Bejewelled Boxes from the Age of Glamour" which featured more than 200 cosmetic cases spanning over three hundred years, the bulk of which were made in the 1920s through the '70s.   To accompany the rise of the modern makeup industry, jewelry giants such as Cartier, Van Cleef and Arpels and Boucheron introduced truly beautiful cases made from precious materials:  "The leading jewellery houses of the time created these unique 'nécessaire de beauté' for their fashionable clientele, who required somewhere to keep all their essentials. Miniature marvels with spaces for a powder compact, lipstick, comb, cigarette holder, mirror and, occasionally, a little note pad and pencil, they chart the changing styles through the decades, from the sleek, elegant Art Deco period to the flamboyant 1970s, via the colourful 1950s."  Exquisitely crafted using the skills of goldsmiths, enamellers and engravers, these compacts were indeed meant to be shown off.

Let's take a peek at some of these beauties, shall we?  (And for a great essay on these and other pieces in the exhibition, check out curator Meredith Etherington-Smith's article in Apollo.  You can also buy the book, as I'm planning on doing!)  I was really blown away by the astonishing array of materials - not just gold and diamonds, but rubies, sapphires, jade, coral, mother-of-pearl, enamel and lacquer.

Jacques Cartier first visited India in 1911 and made many more trips to other Eastern destinations later.  You can see the influence in this Chinese-inspired design from 1925. 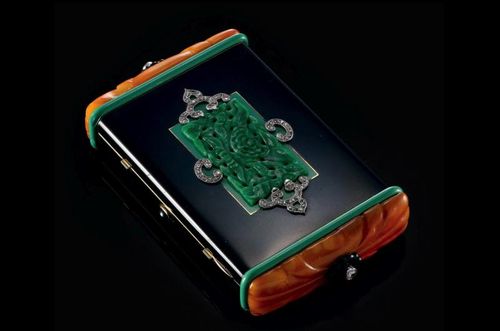 Lacloche was a leader in depicting Asian scenes and motifs in the Art Deco era, when the appetite for such styles reached frenzied heights in the Western world. 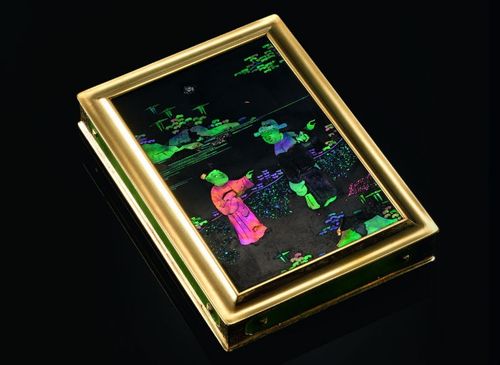 This 1950s piece by Charlton also has a touch of "exotic" inspiration between the triangle pattern and Egyptian scarab beetle in the center (at least, that's what it looks like to me - I could be totally off.) 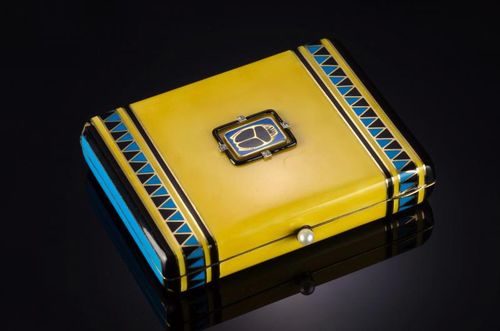 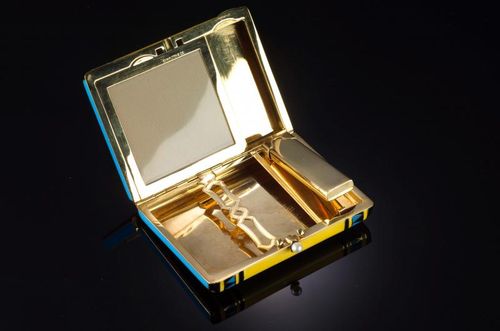 According to an article on the exhibition, "the minaudière was invented by Charles Arpels of Van Cleefs & Arpels in 1934 after he saw a friend’s wife carry her make-up and several loose items in a tin box. He designed the minaudière to replace the evening bag." 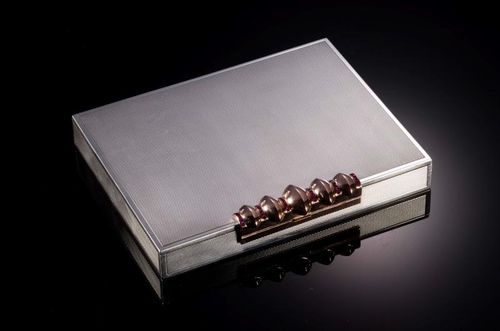 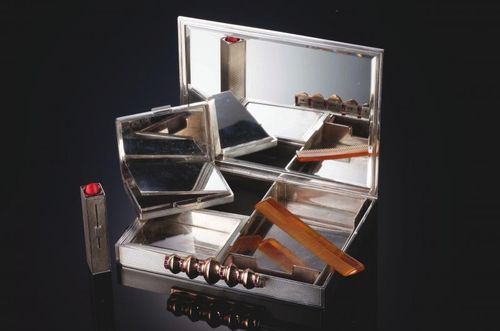 Love this gold, sapphire and diamond stunner from Bulgari. 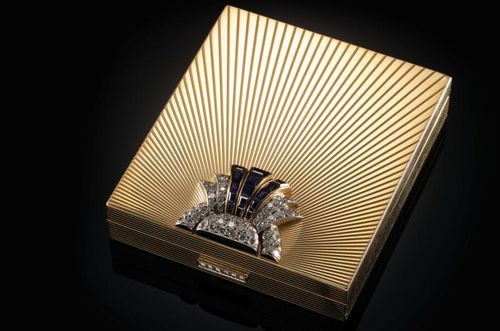 I have no idea when this Van Cleef and Arpels piece is from or what the pattern is supposed to be (fireworks?) but it's gorgeous. 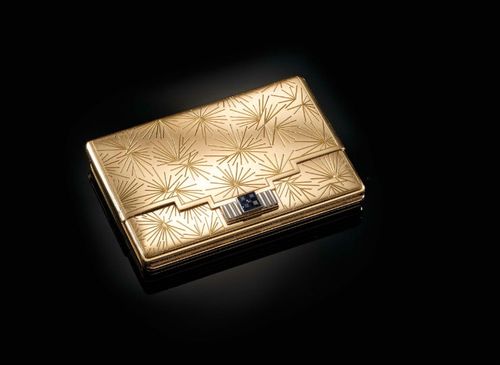 Additionally, the first floor rooms at Goldsmiths’ Hall were transformed into a 1930s Parisian salon, complete with exhibition partner Guerlain pumping in their signature Shalimar fragrance to heighten the experience. 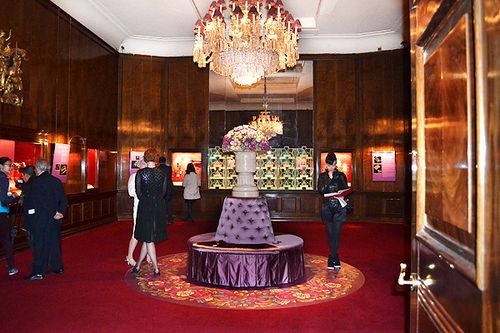 While I take much pleasure in ogling all the shiny, glittering pieces in this exhibition purely as eye candy, it's important to remember that they also provide a meaningful glimpse of cultural and social history.  “This unique private collection marks and celebrates a precise era in the long history of cosmetics.  As such it is interesting not solely because of the exquisite workmanship and imagination of these boxes, nor the miracles of miniature engineering that went into their interior fitments but in showing the power these boxes still have to evoke a certain golden era in the long history of human beauty and adornment," Etherington-Smith said.

I so wish I could  have gone to see this exhibition!  I guess the book will just have to do.

Which piece is your favorite?  And could you see yourself actually carrying any of these?

Posted at 12:05 PM in Exhibitions and museums, Vintage | Permalink | 0 comments