Walk on golden earth with the Guerlain Terra Ora collection

Guerlain served up a heaping helping of bronze goodness this season.  Here's the Terra Ora collection description from the press release:  "The Terra Ora collection draws its essence from an era of magnificence. The elegance of antiquity stands the test of time with its splendour and aura intact. An ode to gold. With dazzling radiance, Terra Ora bronzing powder and the precious Météorites Perles primer adorn the skin in a warm, divine-like light, giving women the appearance of a modern vestal goddess. Skin kissed by the summer sun is beautifully enhanced."

The star of the collection is the Terra Ora bronzing powder, outfitted in a substantial wooden case with gold lettering and a magnetic closure. 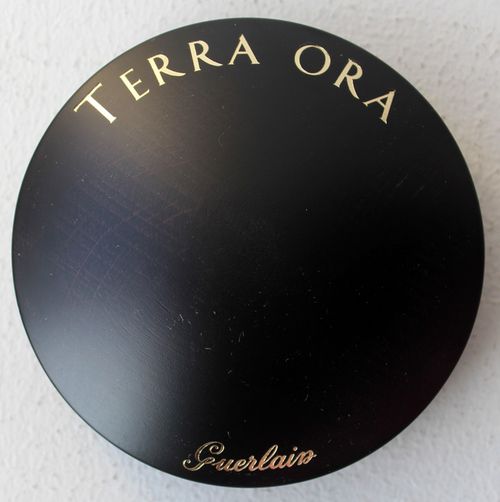 I was strangely fascinated with the pattern in the wood. 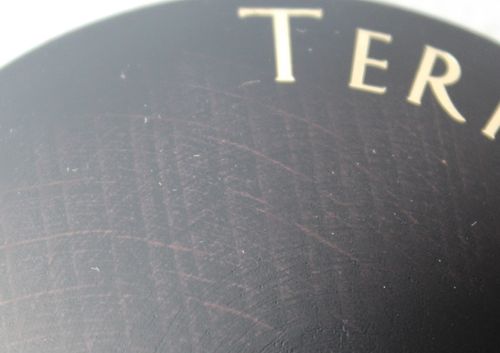 The bronzing powder is embossed with a chain pattern radiating out from the center, with the Guerlain "G" positioned just off to the right and swirled about on top of the chains. 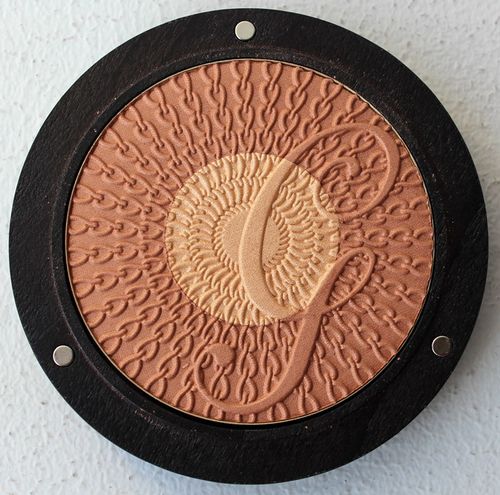 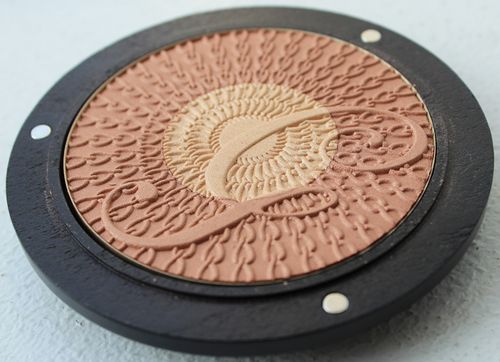 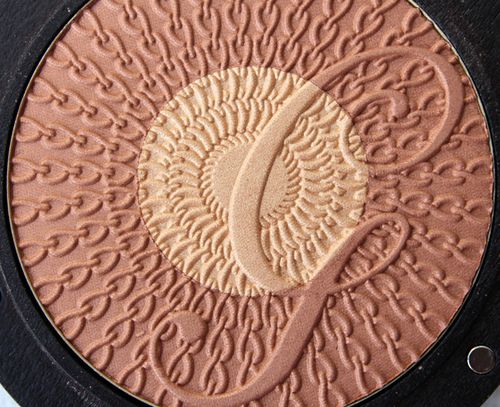 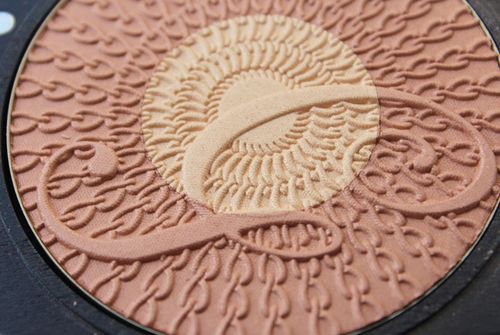 A nice little detail was the chain pattern repeating on the inside of the box. 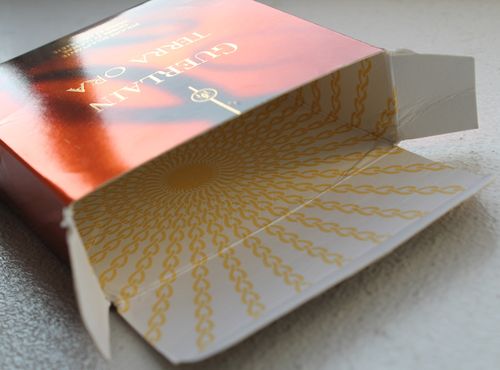 So what about those chains?  The Terra Ora bronzer design "revisits the jewelled chains worn by vestal goddesses."  I think Guerlain did a nice job tying in the compact's pattern to the imagery in the promo ad.  Not only is the model wearing a chained bracelet and fastenings, she looks quite goddess-y between her golden headband, white dress, and the halo decoration in the back, and of course the gorgeous (albeit photoshopped) glowing skin. 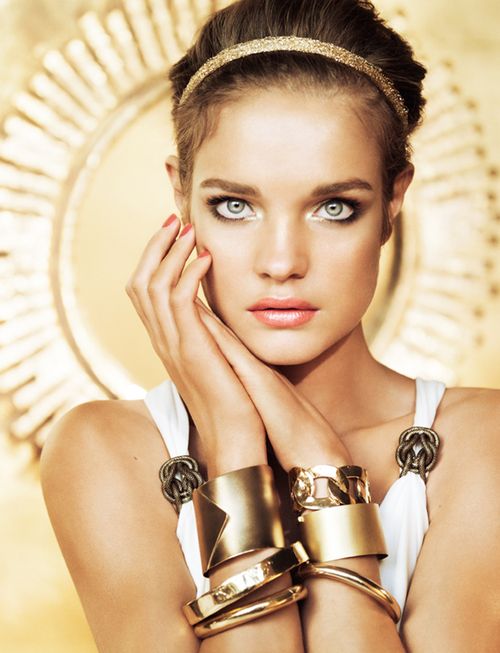 While I couldn't find any examples of any sort of jewelry worn by either ancient Roman vestal virgins or the goddess Vesta, whose temple the virgins were charged with protecting, I did find this 19th century drawing of a chain necklace found at Pompeii. 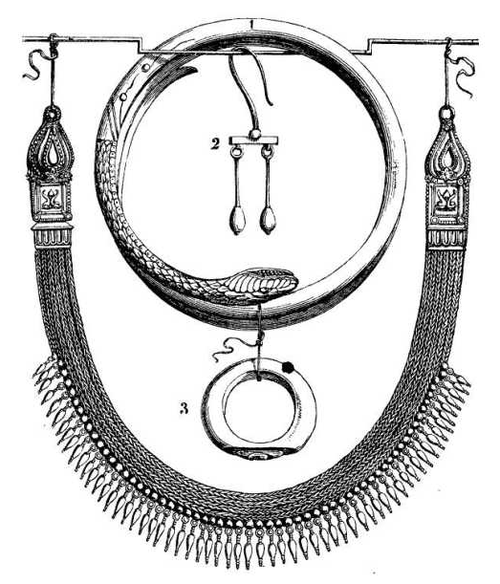 Here are some other examples of ancient Roman gold chains.  Necklaces from the 4th century AD (click to enlarge so you can see the chainwork, particularly on the one in the middle with the green glass): 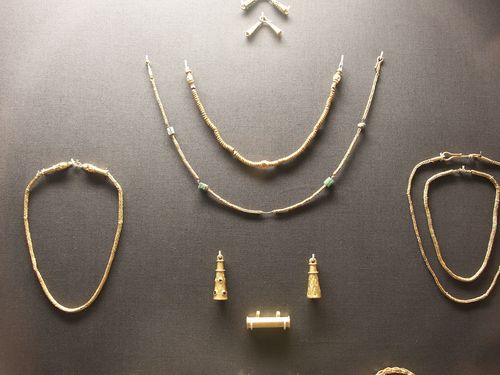 This one with emerald from the 2nd century AD: 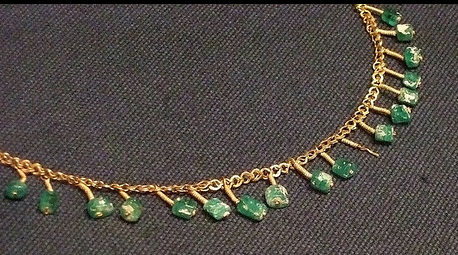 And this one from the 3rd century A.D.: 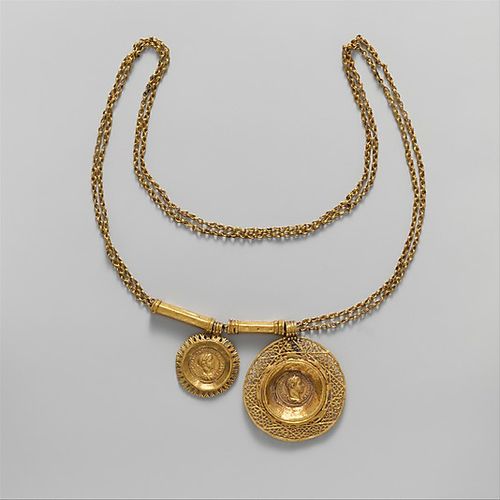 Guerlain's description might have benefited from being more vague than it is currently.  I think referring to ancient Roman jewelry in general might have been more appropriate than suggesting a specific Roman goddess or her worshippers (let me tell you, I spent a good chunk of time searching for vestal virgin/goddess jewelry, and there is none!)  Having said that, there are many more examples of ancient Roman gold chained jewelry where these came from, so Guerlain wasn't totally off  base.

I still think this piece, with its chain detailing and wooden case, is slightly more special than the other compact in the Terra Ora collection: 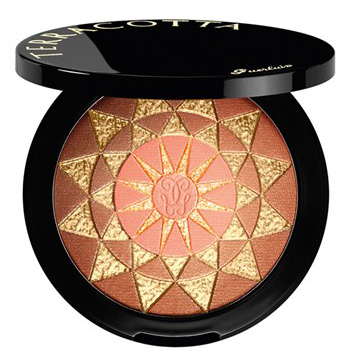 I didn't buy it but I am tempted because it's so summery - a sun motif that's reminiscent of ancient Roman mosaics, perhaps?

While it's not my favorite offering from Guerlain, I thought they did a good job linking (haha) the chain design to the press release description and promo image they cooked up.  It's certainly evocative of ancient cultures and the goddesses that starred in them.  Now I'm seized with the urge to book a trip to Rome and spend a sunny day walking amongst the ruins.