We have another pretty bronzer for summer 2013.  Clarins Splendours Summer Bronzing Compact features a translucent red case that holds a bronzing powder with an exquisitely intricate design.

I had a lot of trouble getting a picture of the case without getting a ton of reflections.

So then I tried putting the flash on, which worked a lot better.  The way it went off in this picture makes it look like there's a candle inside the palette, spreading a warm glow and softly illuminating the pattern. 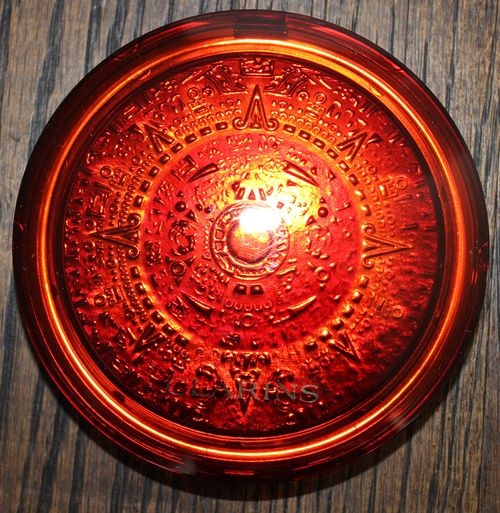 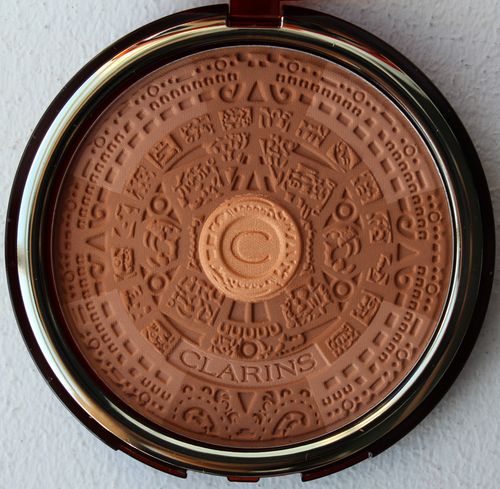 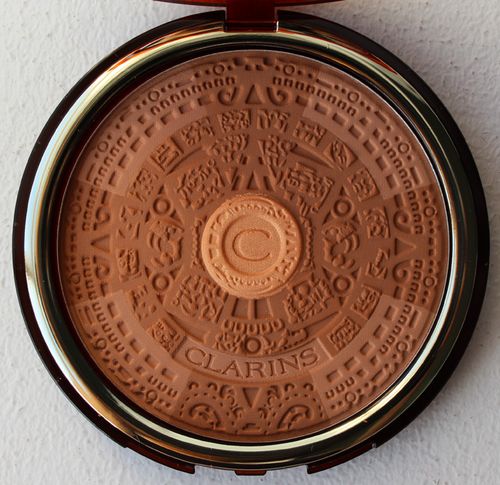 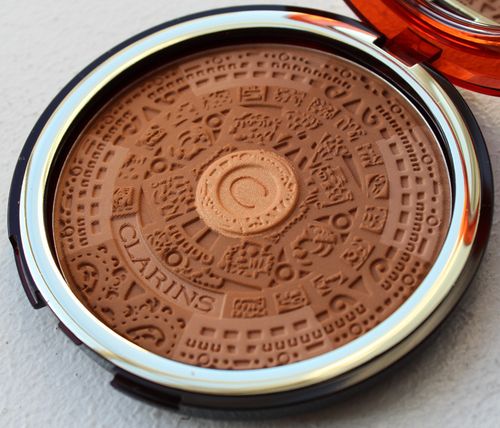 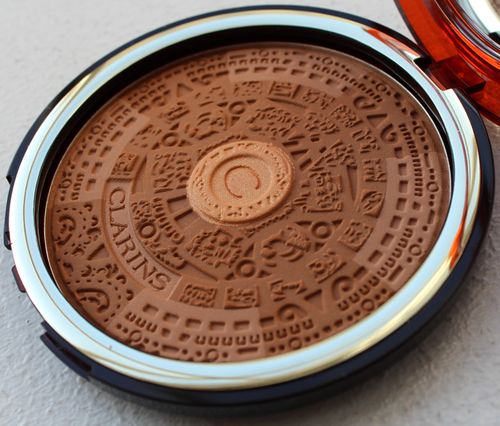 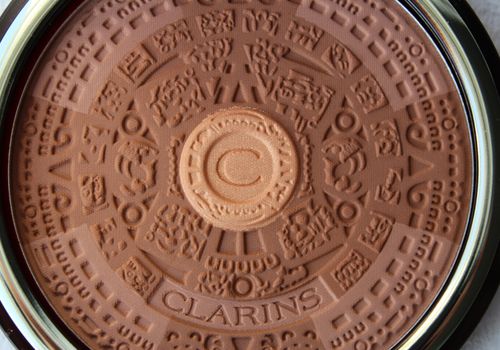 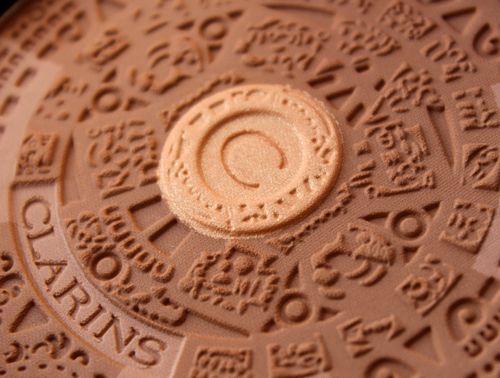 Here's the collection description:  "Sunshine into gold. Travel to far away lands, to the heart of an ancient people…and discover the splendours of a pre-Columbian civilization that worshiped the sun. Gold, a rich cultural symbol, is the highlight of this summer make-up collection. Sprinkle it on the eyes, neck and lips. Jade, sapphire, ruby and tourmaline appear as crystalline gemstones and illuminate this elegant sun-kissed collection."

Of course, they don't mention specifically which Pre-Columbian civilization.  As we saw with the Guerlain Terra Inca collection, I'm in over my head in trying to decipher what specifically this palette is based on - I'm no archaeologist or Pre-Columbian scholar.  But after a brief search on Google I think it most resembles this Aztec sun stone: 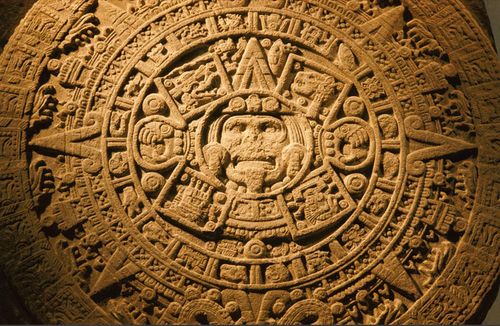 Looking closely at the palette, I'm more inclined to think this particular stone was the inspiration for the design.  The circle in the center surrounded by four square shapes is found in each, along with the concentric triangle at the top of the center circle and the four dots placed around the squares and one at the bottom of the inner circle.  The tiny horseshoe-like pattern appears throughout both as well.   The triangles with the scrolled edges in the stone find themselves in the outer case of the palette and are also present in the powder, albeit slightly deconstructed there (the triangle is broken up into its base shape with two scrolls on each side).  Additionally, this stone (weighing in a whopping 24 tons - wow!) is actually believed to be an altar or ceremonial container for the sun god Tonatiuh rather than a calendar.  So it would make sense that the Clarins collection, based on people that worshipped a sun god, would choose an item used in worship instead of a calendar for their inspiration.

I think this is a beautiful palette and for once, Clarins provided at least a glimmer of explanation as to their vision for the collection.  What do you think?