Links from this week and last...so busy lately!

- Wild Beauty gives an excellent overview of the history of the hair dryer.

- Pleasureflush provides an exciting glimpse of what Chantecaille has up their sleeve for fall 2013.

- I'm a Perrier guzzler and Warhol fan, so this is a very intriguing collaboration.  Some might argue it's not right to use Warhol's images to sell fancy bubbly water, but it's very meta, and I actually think Warhol would have gotten a kick out of it...even more so had it been Coke.

- Createquity asks, what is a museum?  As you'll see, this seemingly simple question actually has quite diverse and complex answers.

- Speaking of Hampden, HonFest is this weekend.  I missed it once again.  D'oh.

- The Daily Beast ran a piece on the stars of The Wire - where are they now?

- I mentioned in the last edition of Curator's Corner that there is a new Animal Planet/Discovery Channel special on mermaids.  This year people seem even crankier about the fake "evidence" than they were last year when the first special aired, and I'm baffled as to why.  Chill out, everyone!  Mermaids are freakin' awesome and you should appreciate this show even though it's not real.

- In other mermaid news, a double amputee receives some very special prosthetics.

- On the Riot Grrrl front, I received my copy of the Riot Grrrl Collection book.  And now I may just indulge in some Chapstick or a replica of Kathleen Hanna's dress courtesy of the VFILES.  Additionally, Bratmobile's seminal album Pottymouth turned 20!

- I see another addition to the Makeup Museum family in the future!!  That's right, make way for Superman Babo!! 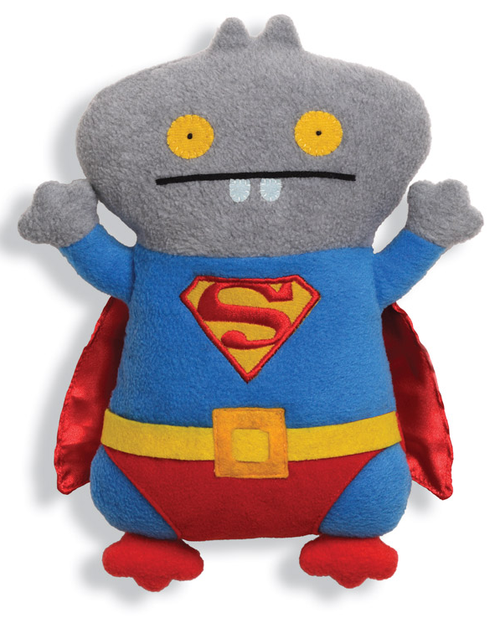 I just hope Power Babo doesn't get too jealous - after all, he's also a superhero of sorts.

What have you been up to?