Designer collaborations are rare for Benefit, so natually I was pleased to see them team up with British fashion designer Matthew Williamson for a makeup kit called "The Rich Is Back".  I had heard of Williamson but wasn't familiar with his work.  However, the Rich Is Back serves as a crash course of sorts in his designs.

Let's see, we've got peacock feathers, a honeycomb pattern, a floral print, some sort of geometric print and what appears to be multi-colored leopard. 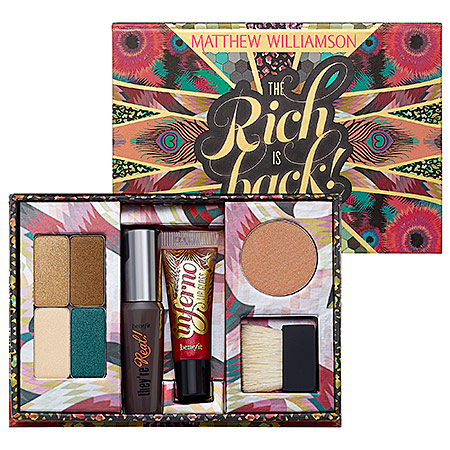 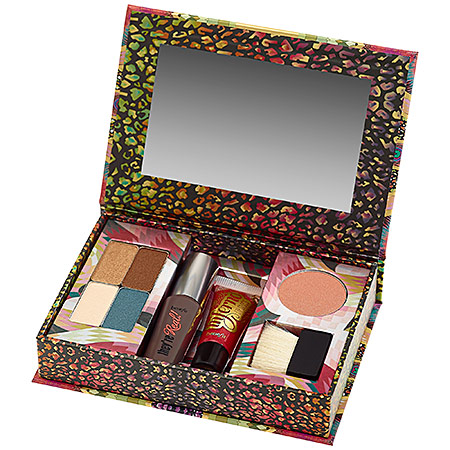 I went hunting for these motifs in Williamson's most recent collections.  Finding none in any of the 2013 collections, I realized that maybe my best bet was to search for them all separately.  This is what makes this palette so interesting visually - instead of choosing one print or motif, Williamson and Benefit did the whole kit and kaboodle.  This makeup set boasts a mishmash of some of his oft-repeated prints from seasons past.

First, the peacock feathers.  Starting all the way back in 2004 Williamson established himself as a master of this print.

It has since appeared in his pre-fall 2009 collection... 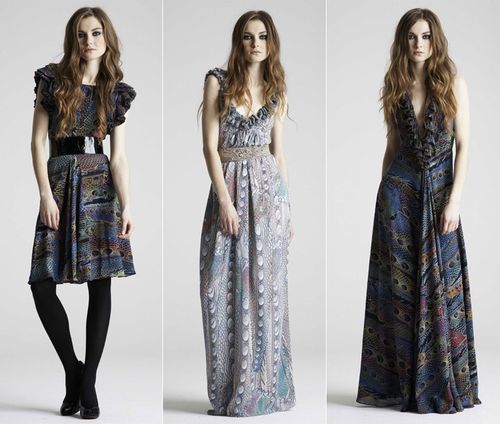 ...along with his spring and resort 2011 collections: 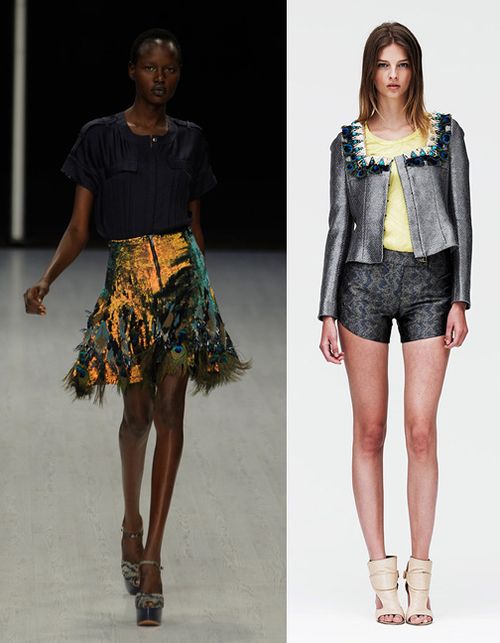 But perhaps the most famous instance of his use of the colorful bird feathers hit in 2009 in a collaboration with H&M. 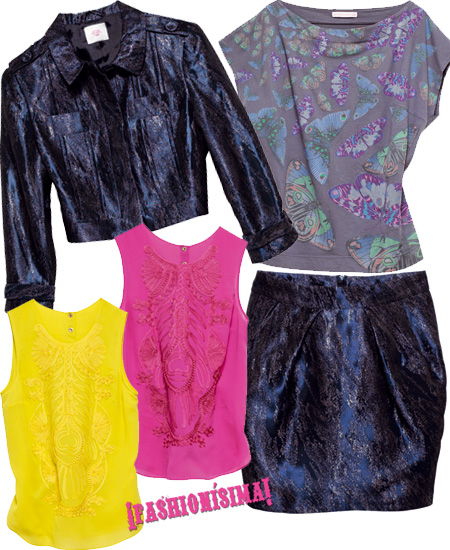 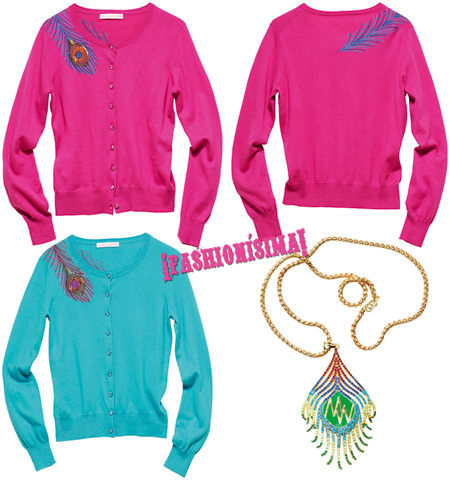 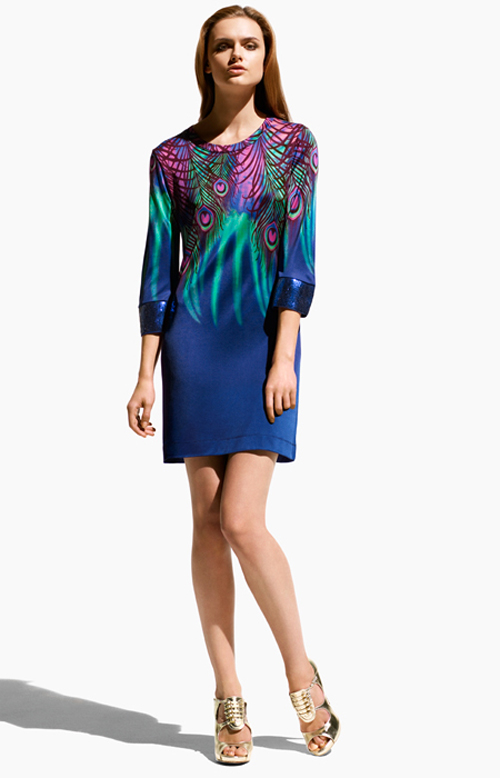 
Celebrities couldn't seem to get enough of this dress! 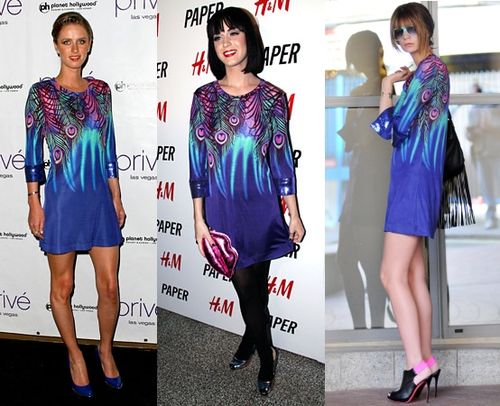 While peacocks didn't strut their stuff in any of the 2013 clothing, they are still plentiful in accessories. 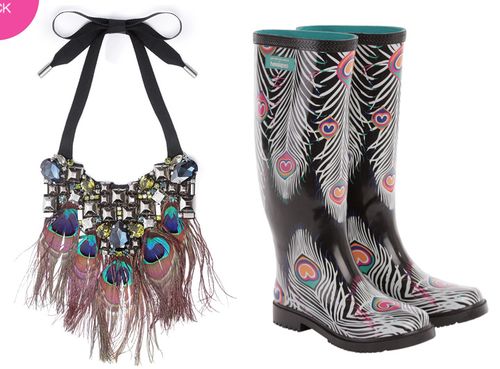 Next up is the floral print, which, to my eye looks almost tie-dyed.  As far as I know this print appeared only in the spring 2009 collection.

Williamson has also taken on leopard, which you can see a little better on the inside of the Benefit makeup set.  Some examples from spring and fall 2011: 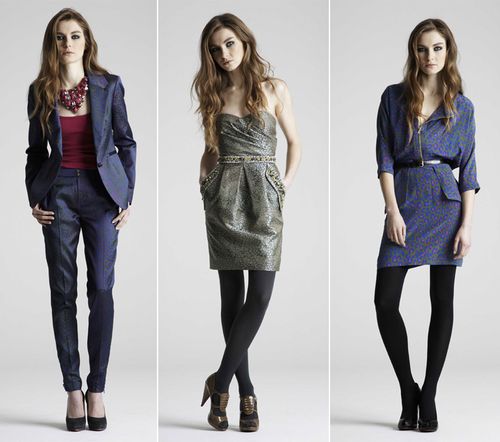 But the most colorful instance of leopard print and the one that most resembles that found on the Rich Is Back set comes from the fall 2007 collection: 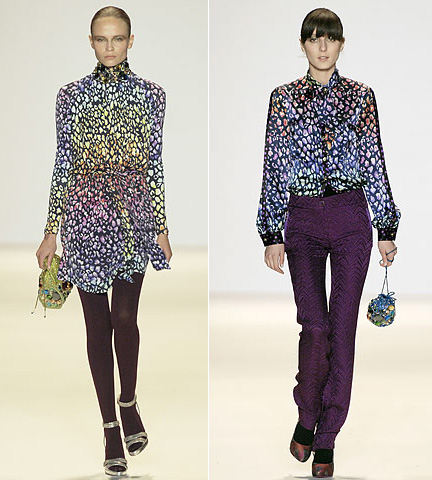 Then we have the honeycomb print, which Williamson used in his spring 2006 collection. 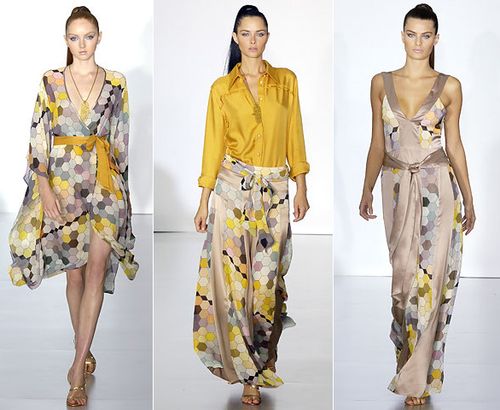 Lastly, there's the odd, pastel-hued harlequin-style geometric print, which was coupled with touches of black in the fall 2007 collection. 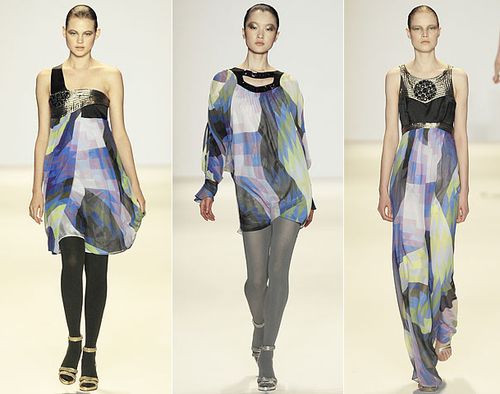 I'm curious to know whose decision it was to use all these prints on the Rich Is Back set.  It could have been Williamson who selected his personal favorites, or perhaps Benefit chose ones they thought would look best on a makeup kit.  Most likely it was a combination of the two.

While I passed on buying this set for the Museum, I do think it's a thorough representation of Williamson's designs to date.  What do you think, both of the Rich Is Back and Williamson's work?

Posted at 09:08 AM in Benefit, Couture/Fashion | Permalink | 0 comments