The much-hyped Lancôme collection dreamed up by Lanvin designer Alber Elbaz has finally arrived!  Fortunately, much has been written about the collaboration and Elbaz's vision for it.  Here's the scoop:  Elbaz was approached by his close friend and Lancôme president Yousef S. Nabi to design a limited-edition collection.  Since the company's mascaras are best-sellers, Elbaz and Nabi chose to focus on those.  Additionally, said Elbaz, "Eyes are so important to me...when I think of cosmetics, I think of eyes. For Lancôme, I wanted to do something funny and a little handmade."  He added that he hoped customers "will collect all four" designs (blue stars, pink polka dots, doe eyes and red hearts).  While the article states that the designer is "hesitant about expanding and diluting his brand" and that " partnerships are also a rare affair; he never collaborates unless it makes creative sense", Elbaz actually has done a few collaborations before (see his line for H&M and limited-edition packaging for Ladurée).

As for the story behind the packaging, watch this animated short (drawn by Elbaz) below.

In the June 2013 issue of Elle magazine, Elbaz states that the story was inspired by the makeup looks for his fall 2013 show.  "The project is accompanied by an animated short drawn by Elbaz, featuring a fashion show in which the spectators' faces are dominated by colorfully made-up eyes.  This is apt, he says, as cosmetics played a key role on Lanvin's fall 2013 runway, where models sported four different makeup looks...'I asked myself, Why is it I have to decide whether or not I want mashed potatoes or french fries?' Elbaz says. 'Why can't I have both?'...'There's something almost naive and childish about the packaging,' he says, 'but I thought, Maybe if it's like a fairy tale, we'll all have a happy ending!'  The experience of using the products, he believes, should be a 'joyful' one.  'It's about light-hearted luxury,' Elbaz says.  'I wanted to do something personal and kind of funny - but also totally serious.  Which is exactly what makeup is.'"

Now that we've got the development of the collection out of the way, let's take a look at the goods.  I picked up two of the mascaras and two of the eye shadow palettes.  Lancôme also threw in a free mirror, which, as we've seen with previous gifts-with-purchase, is almost better than the makeup itself.  These sorts of freebies are collecting gold! 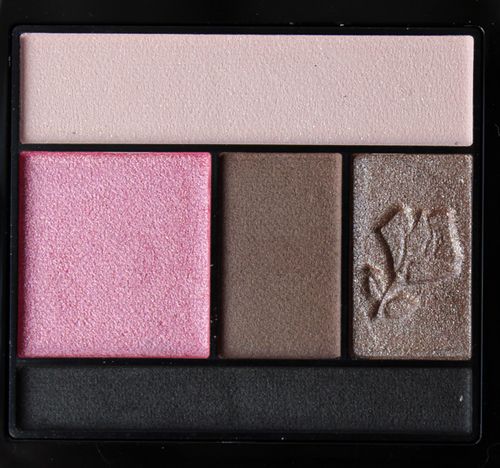 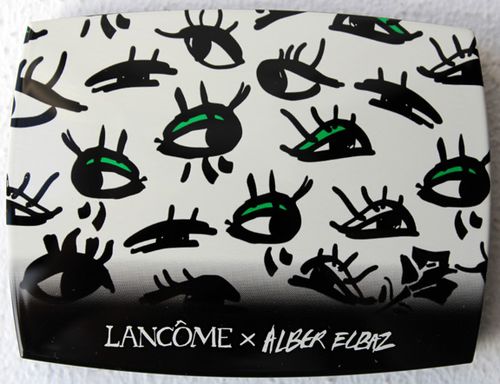 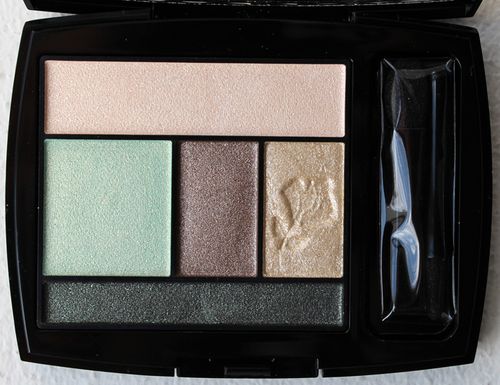 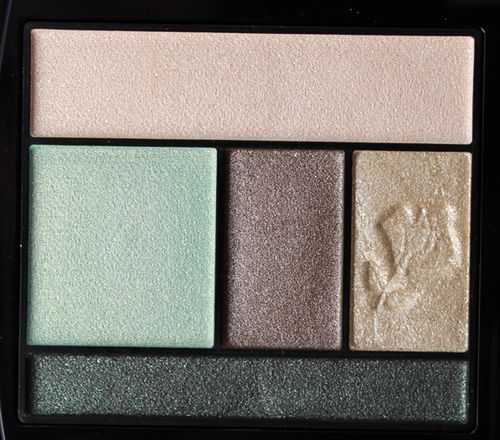 And the mirror, so cute. 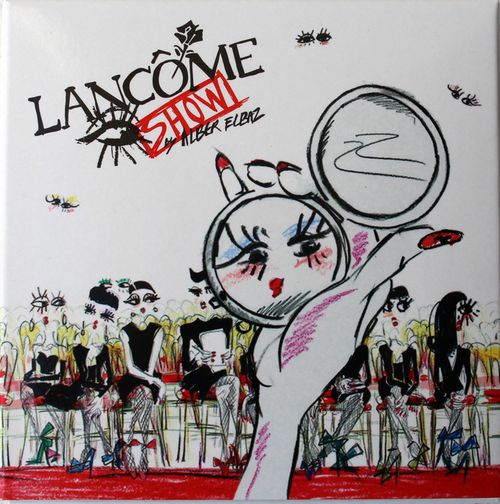 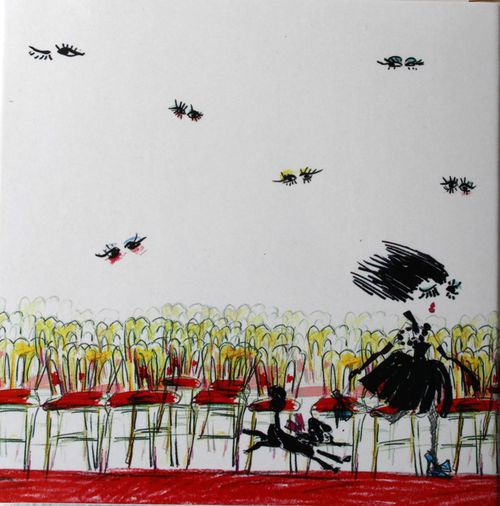 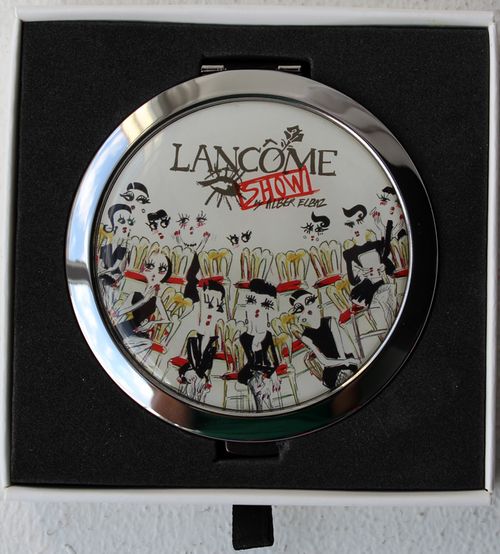 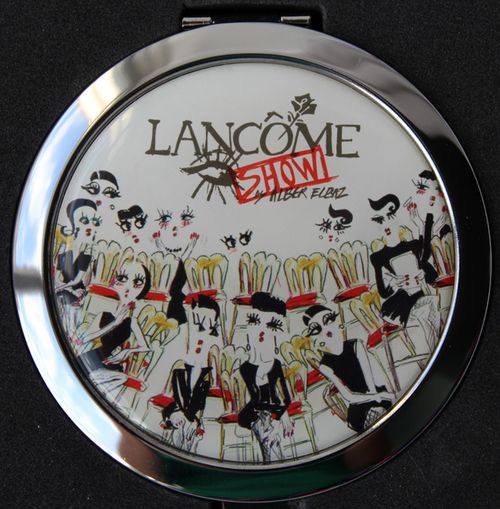 My first thought on the illustrations is that they are similar to those Elbaz did for Ladurée, a playful take on his streamlined, sophisticated aesthetic.  And they're not literal - the prints and silhouettes of the dresses seen on the runway models in the animation aren't directly from Elbaz's recent collections - but they still hint at his work through the use of color.  Elbaz utilized lots of black and white in his spring 2013 collection, with some red, blue, green and pink thrown in for his resort 2014 collection. 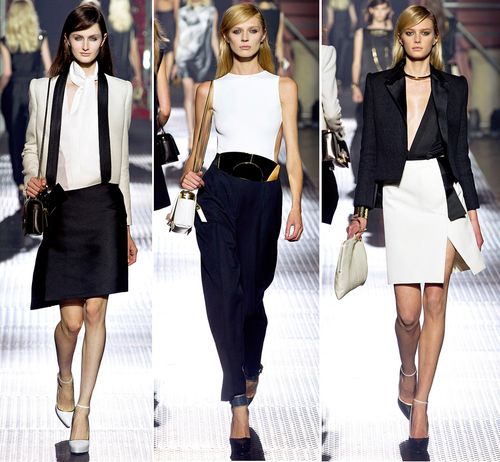 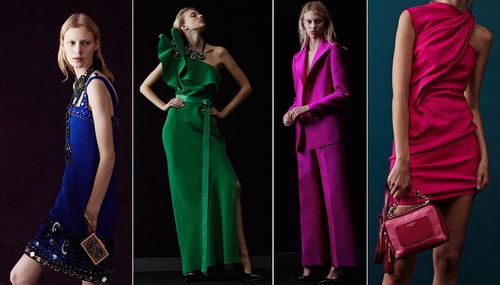 Also, the women in the front row of the fashion show in the video are all wearing some very chic LBDs, similar to the looks he sent down the runway for spring 2013. 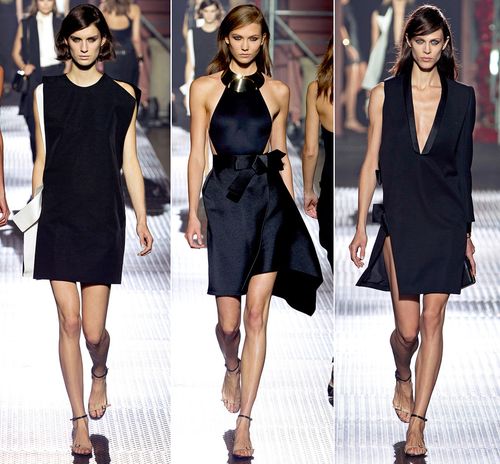 Elbaz is known for a slightly more down-to-earth fashion philosophy.  "Unlike most fashion designers who operate on a global scale, Elbaz is a kind of hands-on artisan who specializes in women. He has never been interested in trends or whether his creations—which are almost always beautifully constructed classic shapes with a twist—fit a particular age or demographic. Elbaz is committed to the idea that his clothes be timeless and, in a way, helpful:  He wants to make it easier for women to dress for their complicated lives. “I am not interested in perfection, and neither are the women who wear my clothes...it is very hard to be a woman today. The media says you have to be really great in your work, you have to be a wonderful mother, you have to be a great wife, and you have to be skinny! Women try to be the best everywhere, and it’s impossible. I want my clothes to give women the freedom to just be—I want them to put on my dresses and shine.'” (source)

Empathy for women's struggle to "have it all" and whimsical illustrations aside, the video Elbaz came up with depicts a world many women don't have access to.  Being in the front row of a high-end fashion show feels unrelatable unless you are actually a fashion editor, and even a little intimidating (I was not fond of the catty eye-rolling behavior of some of the women).  Nevertheless I appreciated that Elbaz was having some fun with the collection, even if it's more of a representation of his experiences in the high-fashion world rather than the lives of the vast majority of women who don't work in fashion (which would be too mundane, I guess, for collection coming from such a renowned designer).

What do you think of the collaboration?