This was actually a spring release but I thought it was more appropriate for summer.  Chantecaille is helping rescue yet another animal in 2013.  Proceeds from the Save the Sharks palette go to the BLOOM Association, a group that works to "ban all unregulated shark fin trade".  I'm glad, since shark fin soup sounds pretty gross anyway. 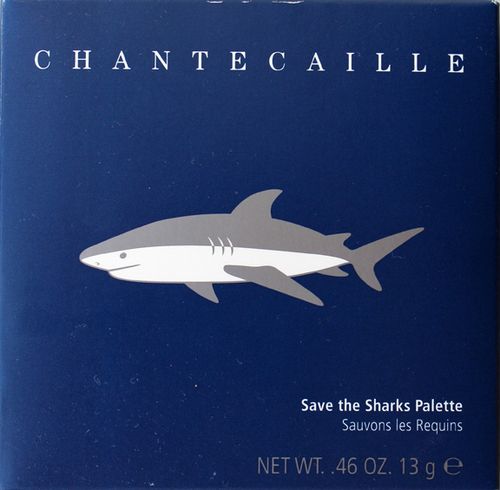 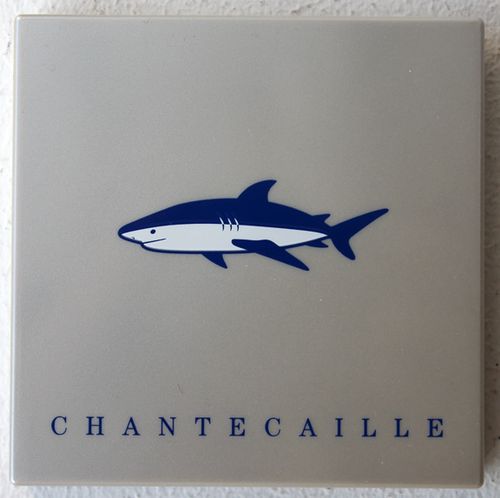 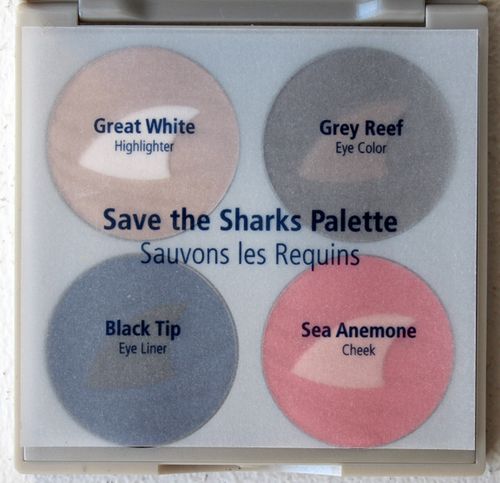 Instead of depicting a whole shark, Chantecaille opted to show only the fin, which I guess highlights the plight of the charity they're working with.  However, it may have been more visually interesting to make a bigger face or eye palette that would accommodate the full shark.  Plus, while the pleasing color harmony and shimmery textures counter any sort of menacing effect, there's still something a little Jaws-like about showing just the fins. 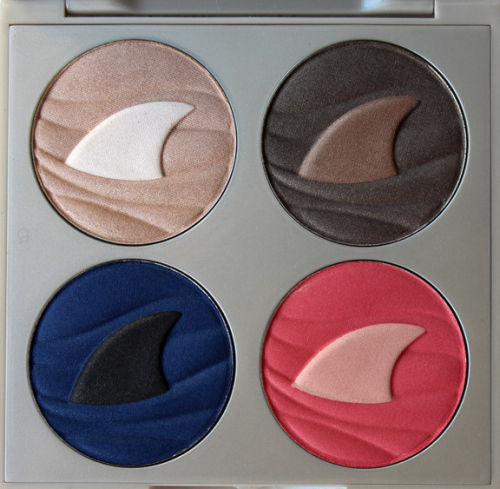 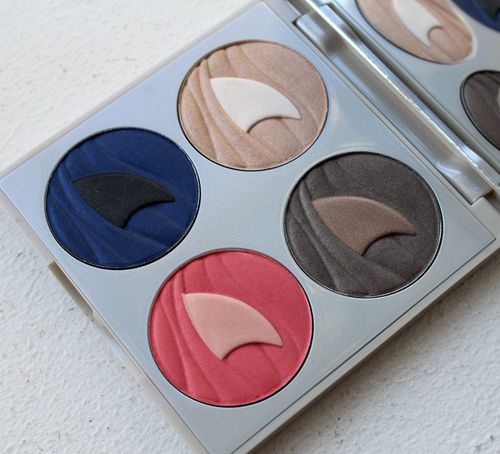 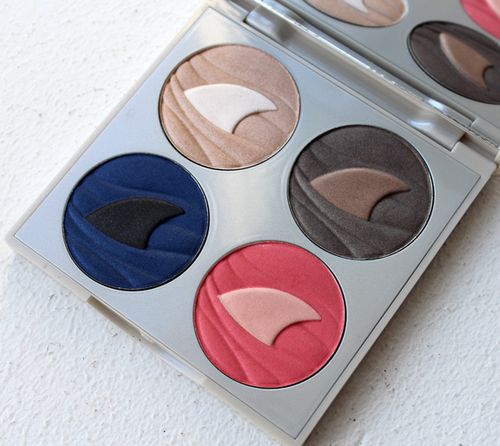 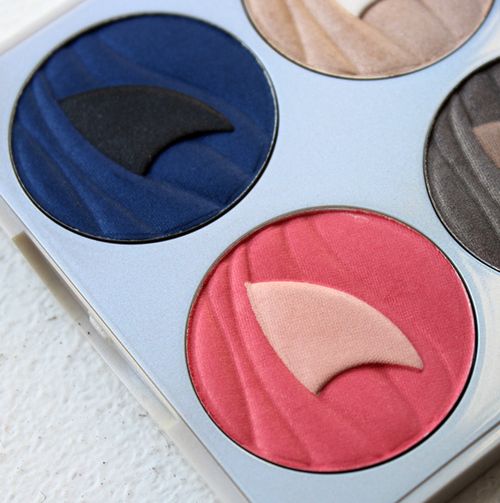 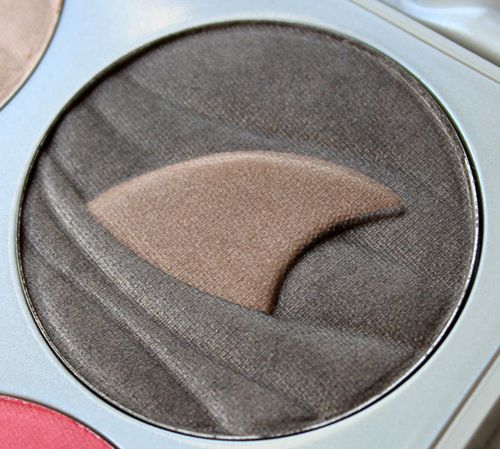 And here's a tiny dose of art history.  John Singleton Copley completed Watson and the Shark in 1778, which depicts a 14 year-old cabin boy named Brook Watson struggling to escape a shark attack in Havana Harbor. 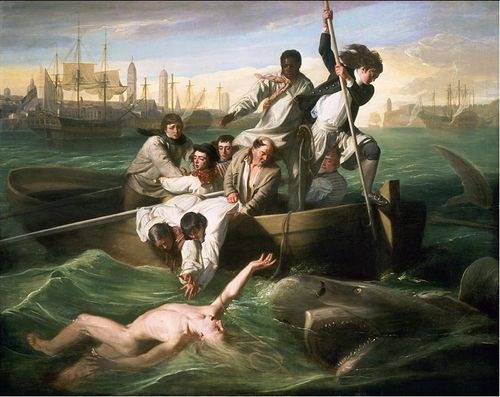 While it looks like Watson is a goner, in reality he survived (although the shark did claim the lower part of one of his legs).  So, while we have two wildly different representations of sharks, both point to the majesty and danger these animals embody.