This was a nice little surprise for spring - a collaboration between high-end French shoe designer Pierre Hardy and NARS.  In my shoe-buying fantasies I'm more of a Louboutin/Prada girl, but I do appreciate the architectural, geometric quality of Hardy's work (more on that later).

The collection consists of 6 nail polish duos and two blushes.  I picked up the duo in Sharks because of the beautiful lemon yellow.  I actually would not have bought it though if it hadn't been for the very clever packaging. 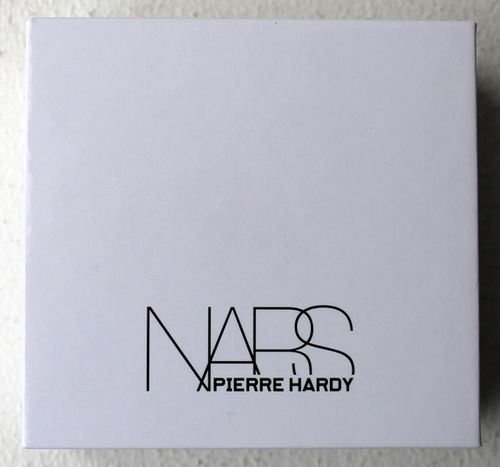 Once I saw that the nail polishes were arranged on opposite ends and that they came with their own tiny dust bag (just like shoes!), I was smitten. 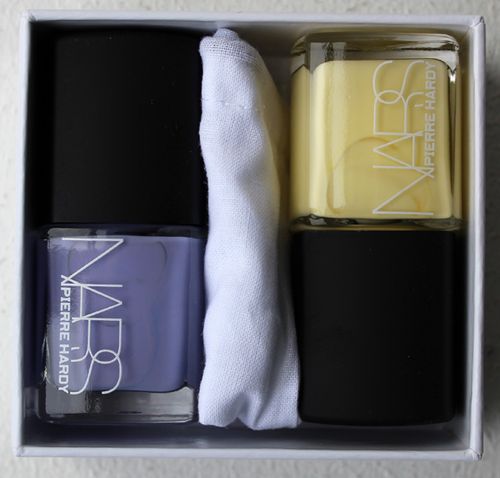 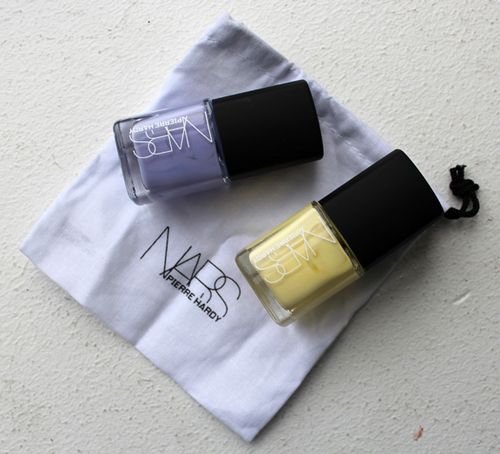 I was too lazy to swatch these but you can find swatches here.

Here are the two blushes in Boys Don't Cry and Rotonde: 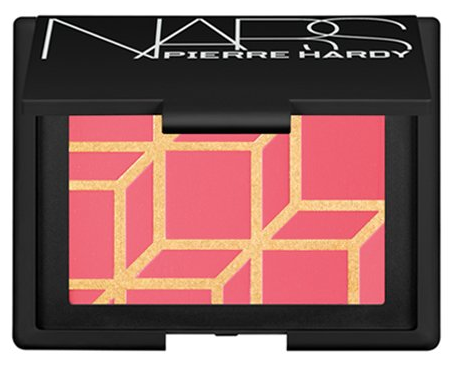 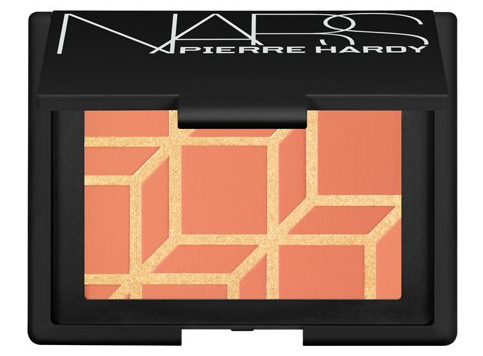 So what's up with the 3D cube pattern?  Simply put, this cube motif has become Hardy's signature in both his fall 2012 and spring 2013 collections.  From the landing page at his website... 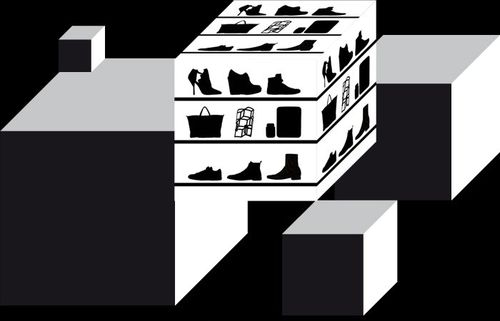 ...to jewelry and bags (why yes, I will take that cuff bracelet in silver and/or rose gold, thank you!) 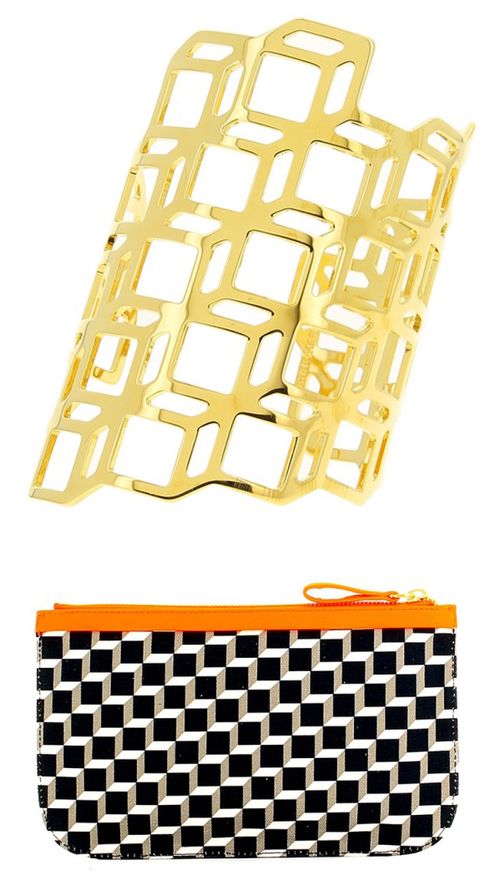 And, of course, shoes: 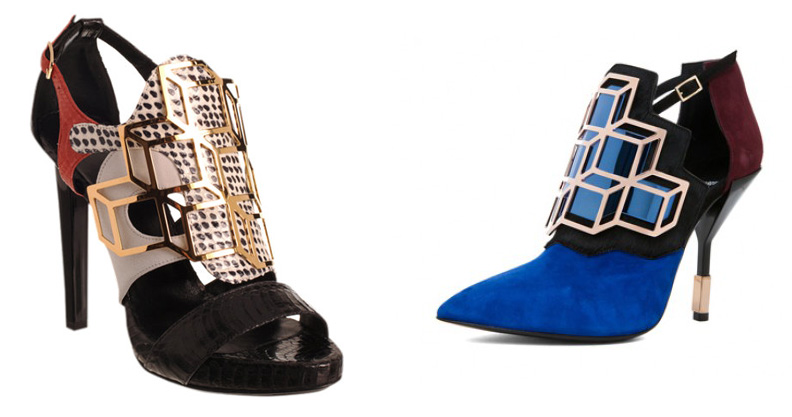 (images from barneys.com and fashandfurn.com)

I'm still on the fence about the blushes.  On the one hand, I like that NARS didn't go too literal and just put the cube pattern on the blush rather than embossing one of Hardy's actual pieces, like a shoe or a bag on it.  On the other hand, that might have been pretty cool!  The cube pattern is great, but by itself on a blush there's nothing that denotes it as being distinctly Pierre Hardy.

In any case, I was extremely impressed by how the colors in NARS collection so closely aligned with those in Hardy's spring 2013 lineup.  The blush colors are similar to these bags: 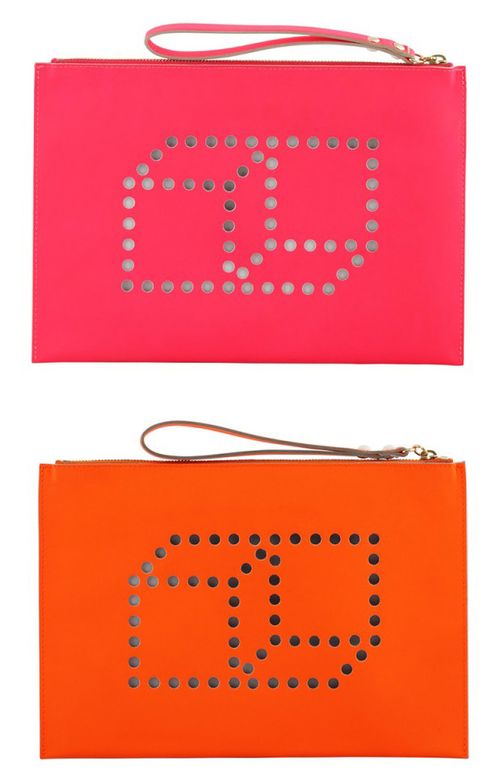 The lavender and lemon yellow from the Sharks duo is borrowed from several pairs of shoes, including the ones in the promo image: 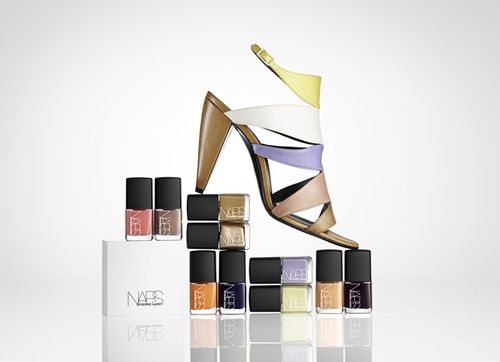 And this low-heeled pump, which to my eye also looks like it contains the tan color from the Easy Walking duo: 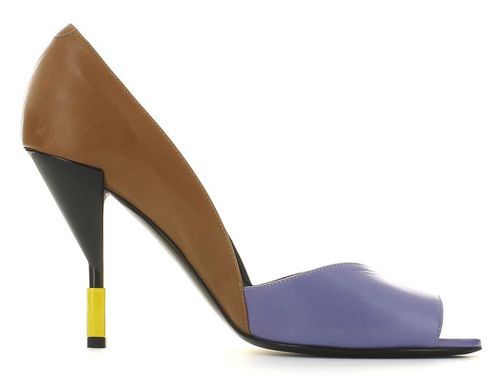 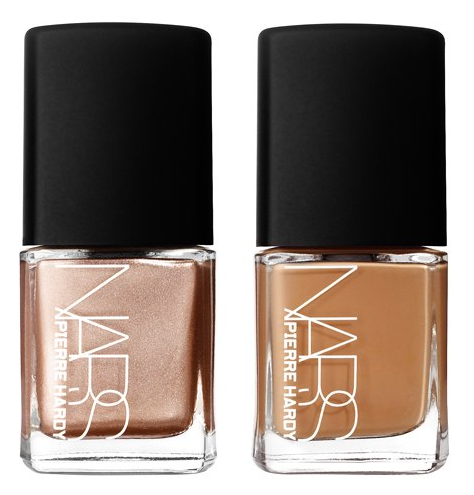 The duo in Venemous takes its cue from the grey and black in another cuff bracelet: 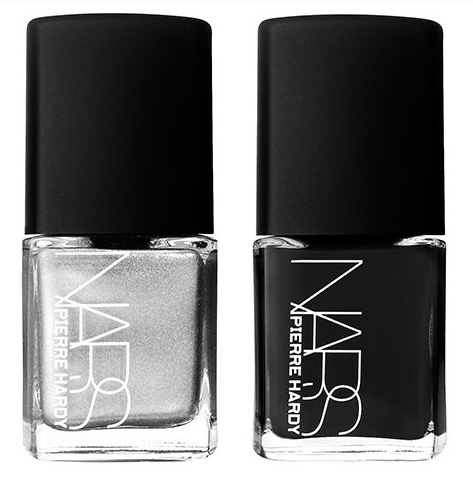 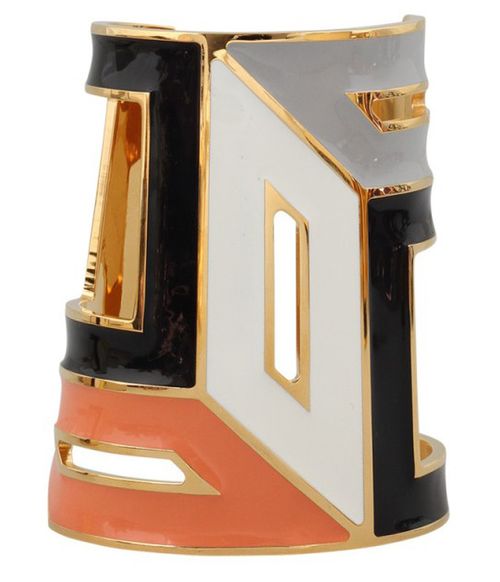 All in all, a well-done capsule collection.  Did you pick up anything from it?