Last week I came across these wonderful illustrations by Korean artist Gobugi, a.k.a. Park Jung Eun, at Design Is Mine.  I went to pin one of them to one of the boards at my non-Makeup-Museum Pinterest account and decided to check out the rest of her work, when this caught my eye: 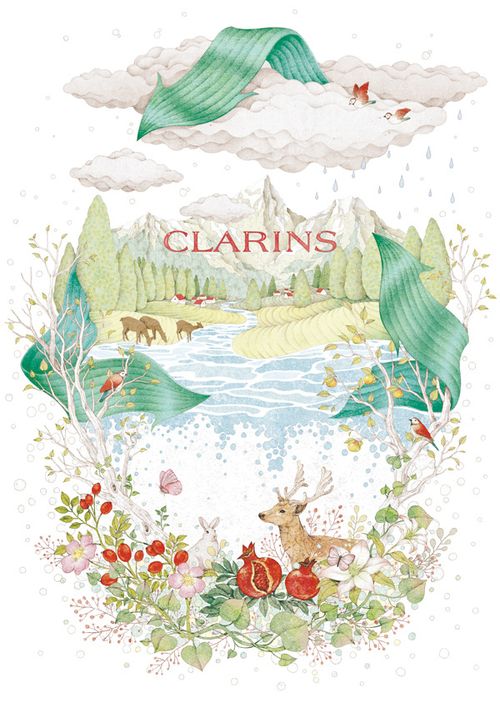 I immediately said "oooh!" and frantically checked to see if this lovely drawing will be appearing or already appeared on any Clarins products.  While my search did not turn up a collaboration with Clarins, it did reveal a cosmetic connection to the illustration:  Allure's Green Campaign, an annual program launched in 2008 by the Korean version of this beauty magazine.  The campaign aims to "increase public awareness of the importance of the environment." While I couldn't find much info for the 2013 campaign, I imagine it was similar to the one for 2012.

In 2012, ten illustrators contributed original drawings to be used on t-shirts, and Korean celebrities modeled their creations.  All of the proceeds from the t-shirts went to an animal monitoring program run by Green Korea United that has the protection of mountain goats as one of its chief initiatives.  Gobugi was one of the  illustrators selected to create the designs that year as well.  (You can see the other goat-tastic designs here and here).  Nearly $25,000 was raised!

As far as I know the Green Campaign is a Korea-exclusive campaign, which strikes me as very strange - it's a fantastic idea that Allure should implement in other countries.

I'll leave you with this strange but still celebratory image Gobugi created for Allure Korea's 9th anniversary.  If she thoroughly works her Allure connections, maybe we will see a Gobugi collaboration with an actual makeup line rather than magazine/t-shirt illustrations.  While impressive in those formats, I would dearly love to see her designs on a palette. 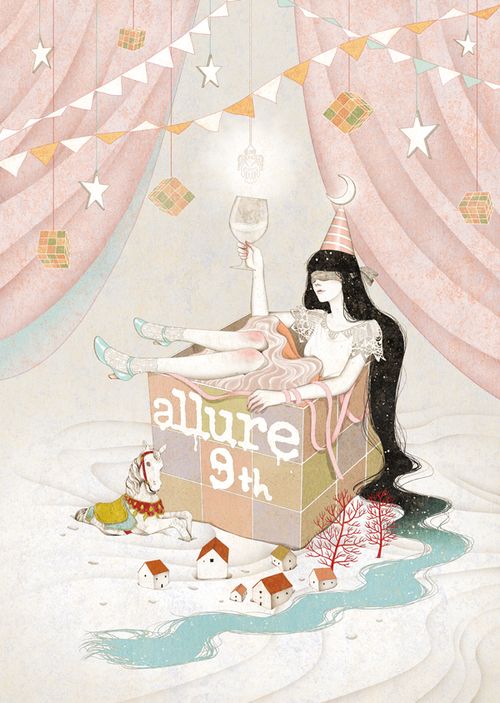