You're invited to Shu's (un)masquerade ball

Shu Uemura's cleansing oil was formulated in 1967 to remove all traces of makeup without irritating the skin.  To celebrate the iconic product  (one bottle is sold every seven seconds - fortunately, they're recyclable), the company collaborated with artist Tsuyoshi Hirano to create variations on the original bottle's "Unmask" design. 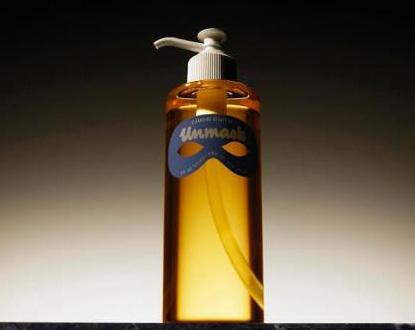 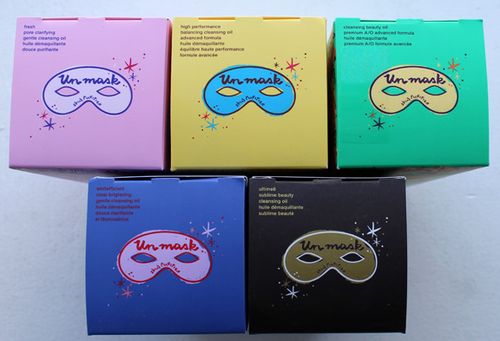 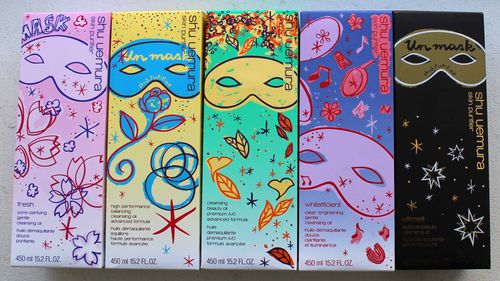 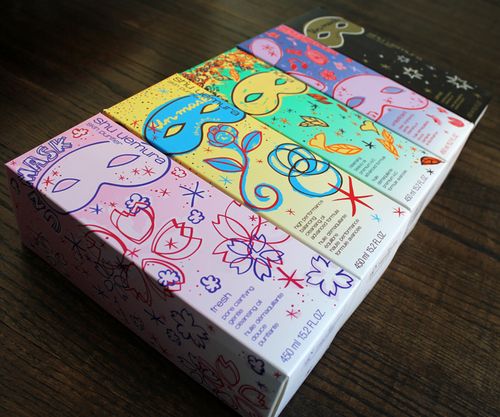 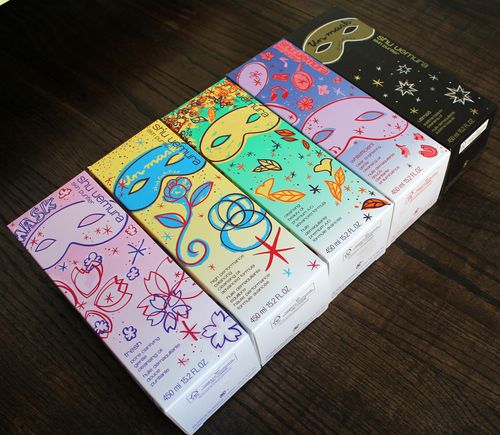 Here they are individually. 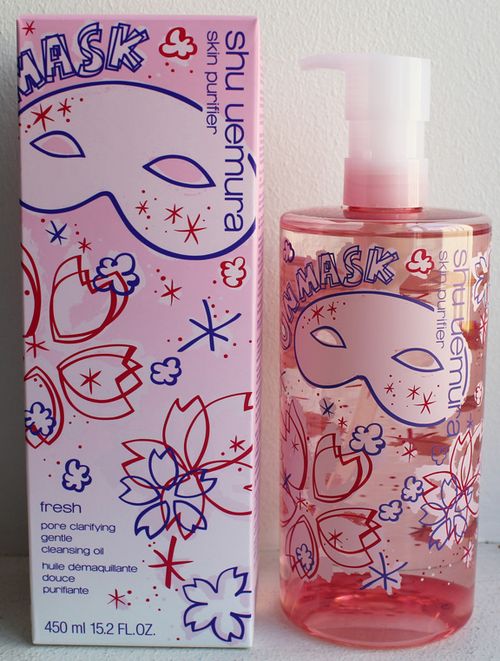 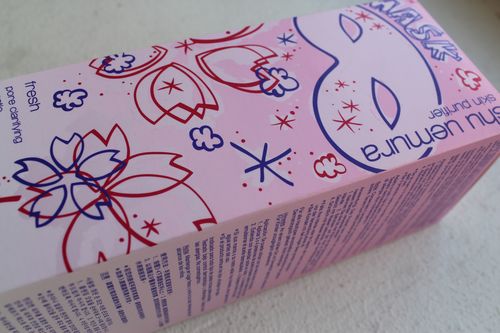 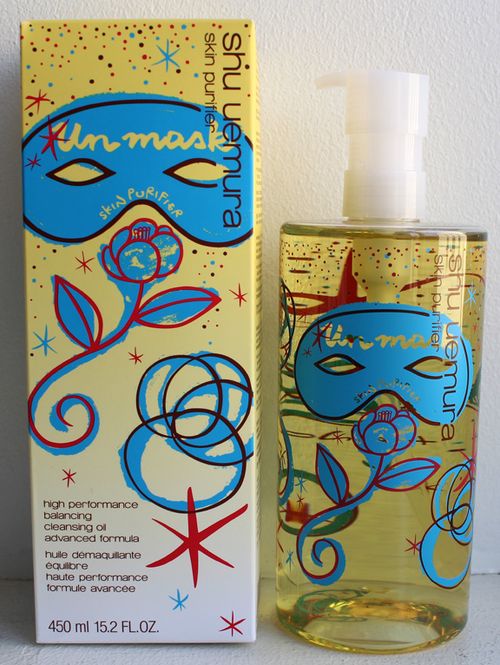 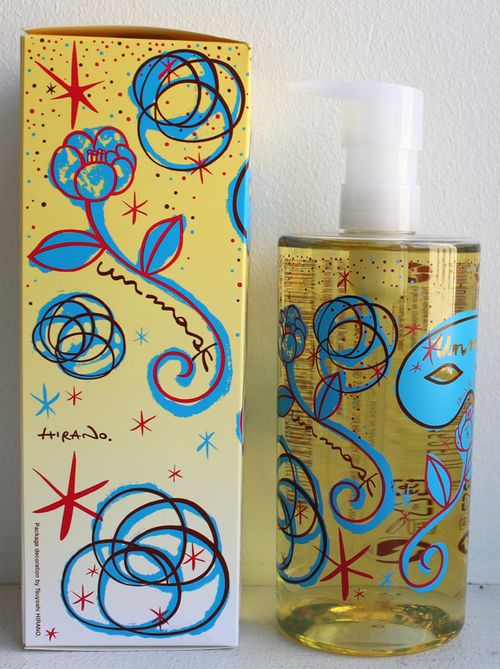 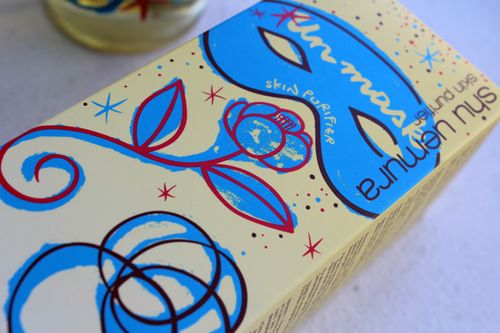 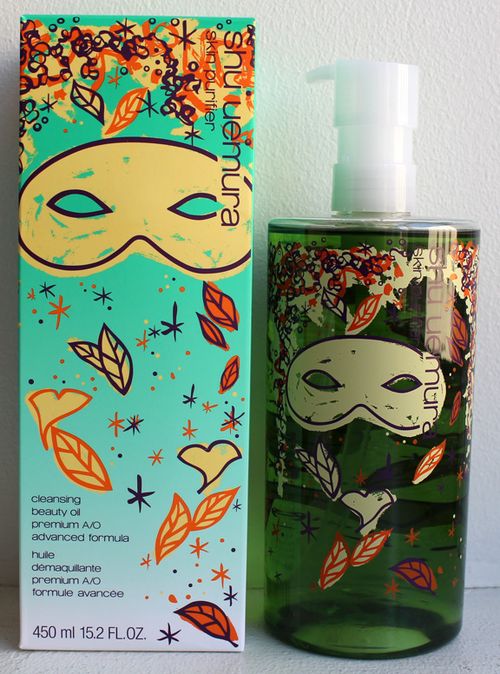 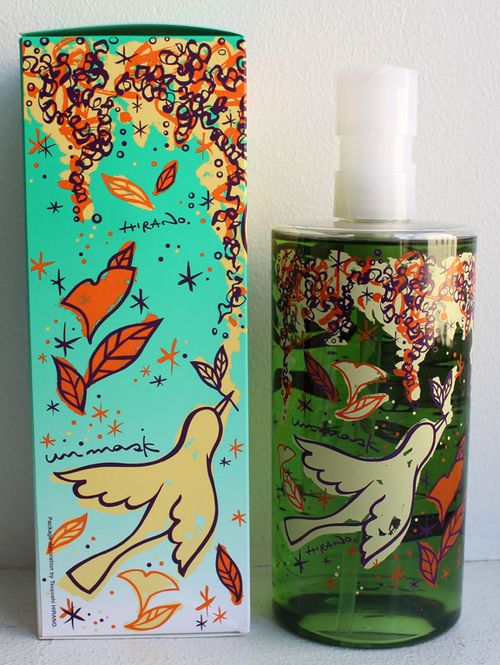 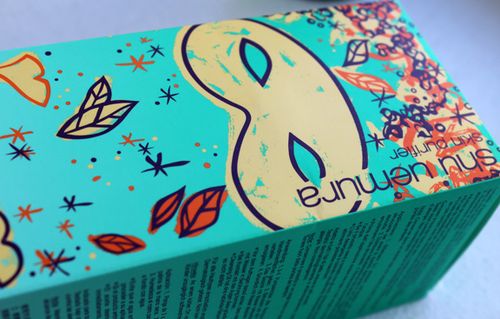 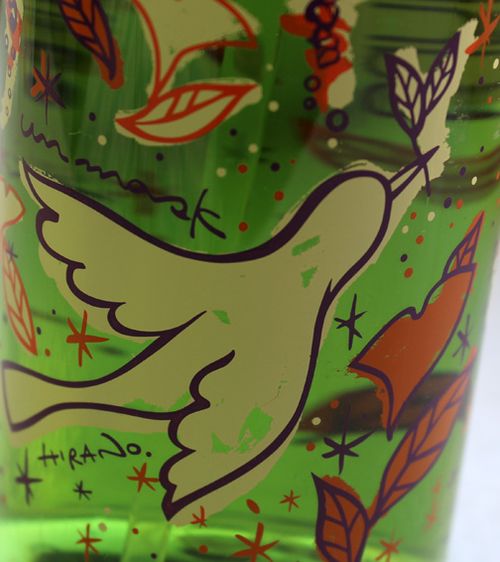 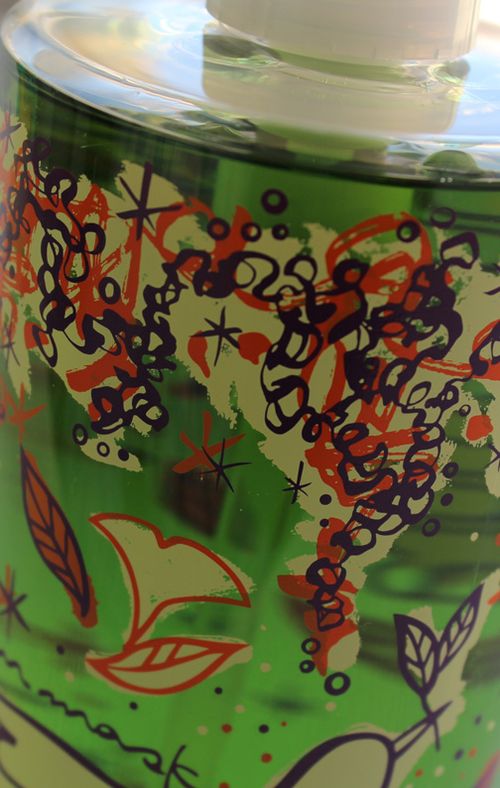 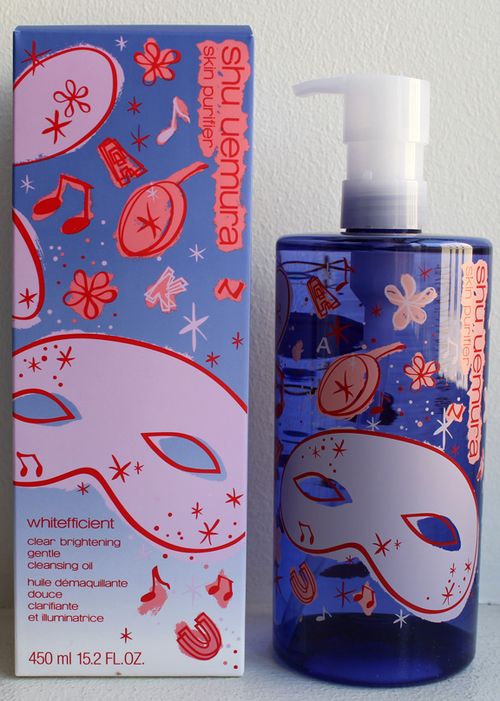 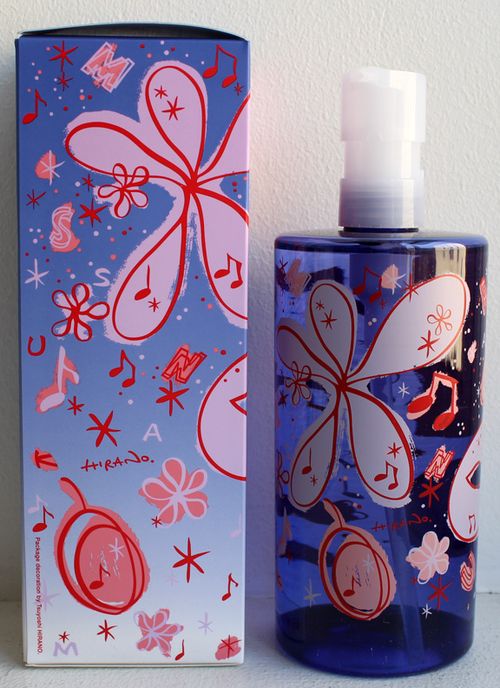 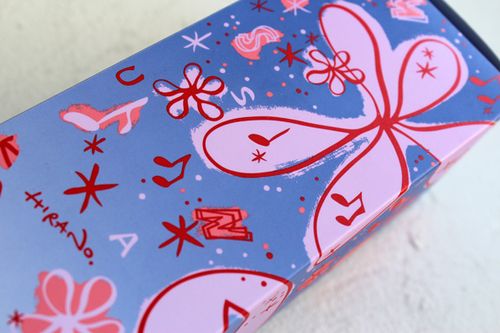 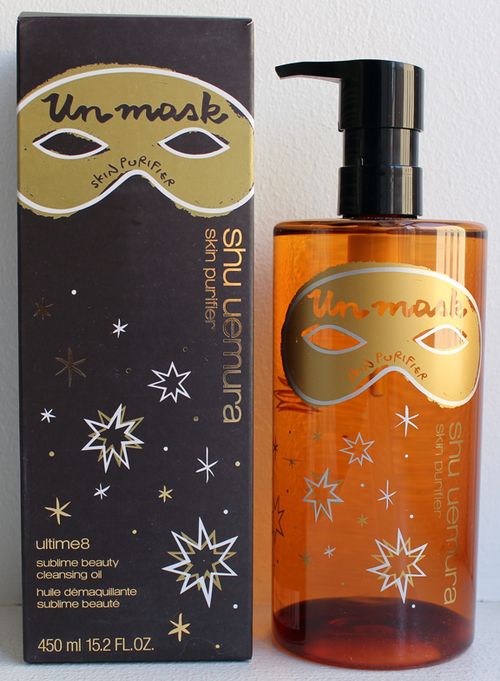 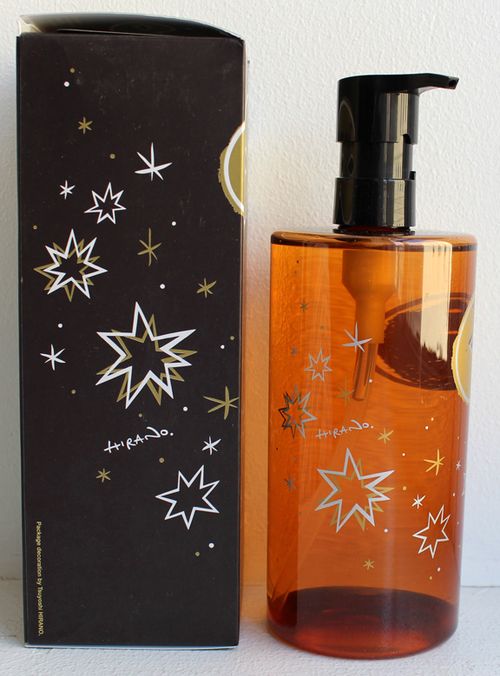 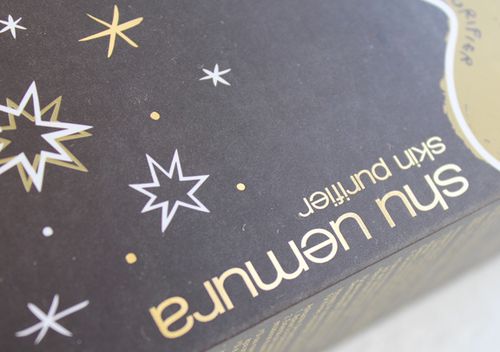 I also couldn't resist picking up the Unmask Green palette. 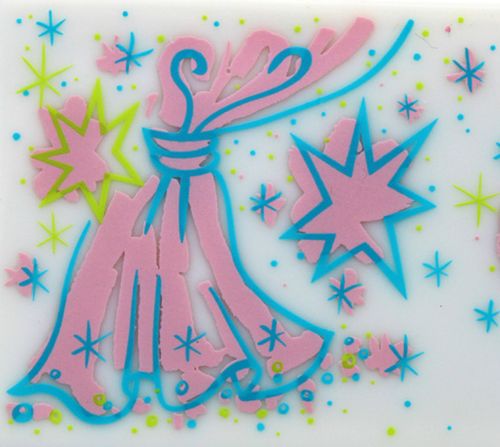 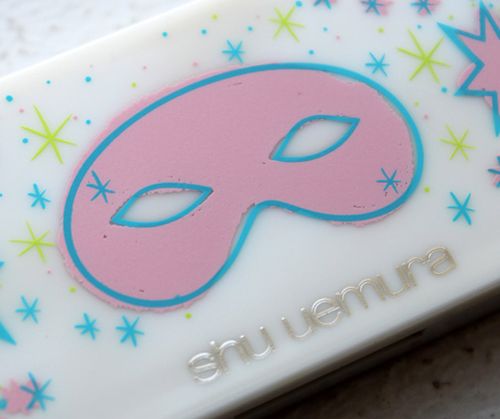 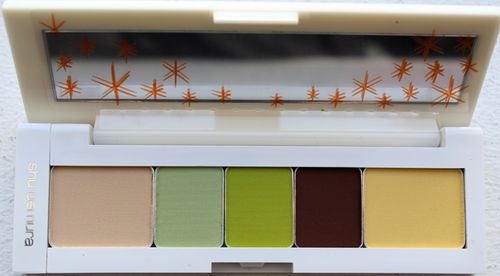 While the very knowledgeable Iris from Rouge Deluxe kindly pointed me to several sources on Hirano's work on my post containing the artist's previous collaboration with Shu on limited-edition cleansing oils and palettes for a travel-based collection, there was hardly anything in English, and what I copied into Google Translate made very little sense.   So I will not be describing his aesthetic and oeuvre in detail.  Instead, let's take a look at some vintage ads that express the idea of makeup as a mask.  (Hence, cleansing oil as a way to "unmask".)  I'm not going to debate whether perceiving or wearing makeup as a mask is a bad thing.  I simply want to take a quick glance at the ways in which makeup-as-mask has been represented throughout beauty history.

There are several themes within the general topic of cosmetics as a mask:  one, it's a way to hide imperfections that, when applied correctly, "defies detection" as the 1927 ad on the left shows - much the same way a masquerade-goer would be unidentifiable behind his or her mask.  Makeup can also completely obfuscate one's face, as depicted in a Caron ad from 1937 presenting a porcelain mask as a "masque de beaute" (right). 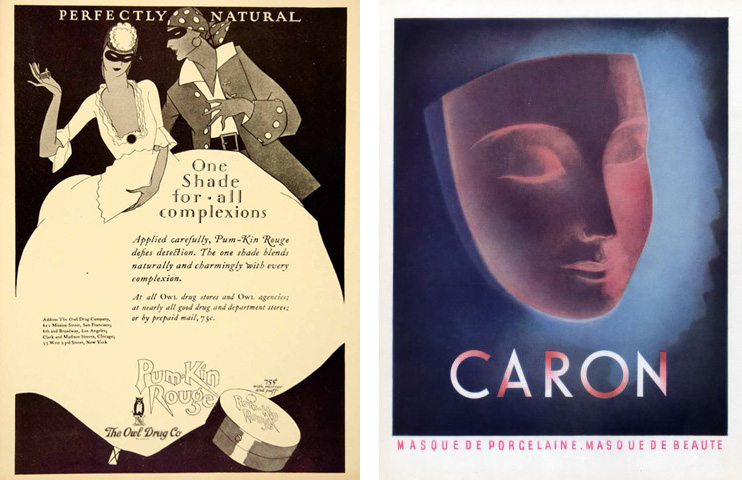 This association between complete concealment and makeup is also expressed in this lithograph made for Revlon, where the woman's face is totally covered by a mask. 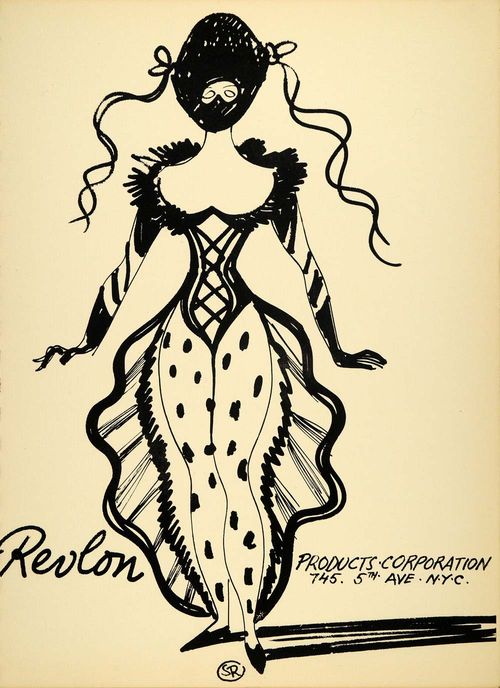 The second central theme is that makeup can add an air of mystery, as these ads for Guerlain's Masque Rouge (a lipstick based on their perfume of the same name) demonstrate. 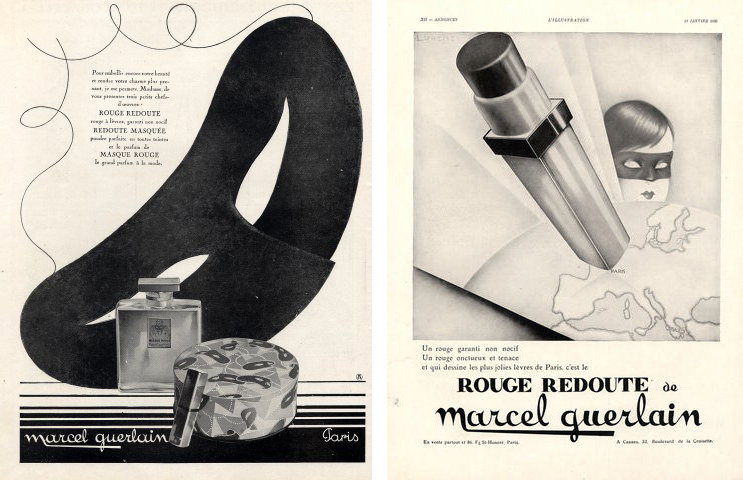 Same with these ads for DuBarry's face powder ("Who is she?") and Harriet Hubbard Ayer's lipsticks from 1950 and 1964, respectively. 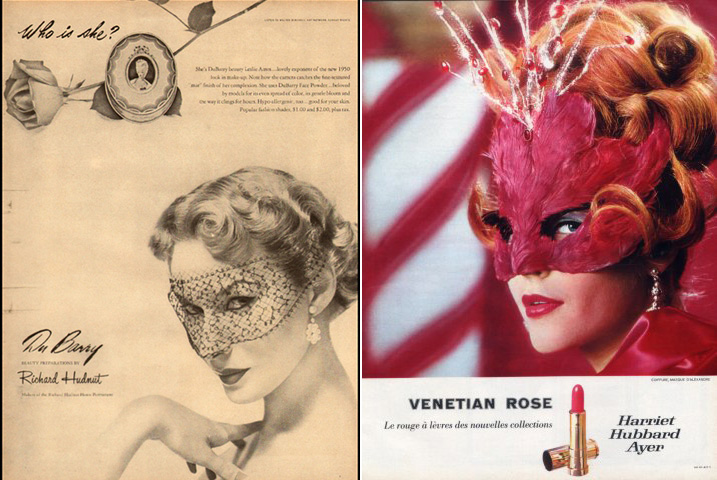 Finally, this store display for Liquid Liptone, one of the first attempts at long-wearing lipstick, shows the artifice involved in applying makeup - the lips, once rouged, become part of an ostensibly false visage rather than a human face.  (You can read the whole story behind the product and its creator "Princess Pat" here.) 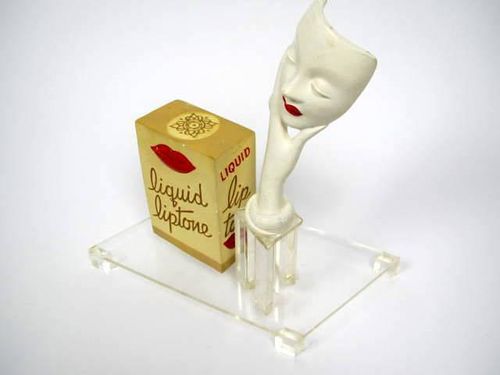 What do you think of the Unmask collection?  And do you like to "unmask" at night?  I love applying my makeup, but I admit there's a great sense of relief when I take it off - it's like washing away all the responsibilities I associate with putting on my public face, and I can totally relax.