Ah, humble tweezers.  Where would our brows be without them?  While this beauty tool is a must for most women, its appearance, not to mention the actual work of tweezing, tends to be rather drab.  To combat the tedium associated with shaping one's brows, over the years Tweezerman, the go-to company for this implement, has introduced many designs intended to up the tweezer ante.

Tweezerman was founded in 1980 by entrepreneur Dal LaMagna, who quickly realized that tweezers had a much bigger market in beauty rather than health (i.e., promoting tweezers to remove eyebrow hair rather than splinters).  How did he come up with the company name?  "One day he walked into an account with his Dal LaMagna Grooming products (that was the name of his company originally) and the receptionist yelled out, 'Hey, everybody, the Tweezerman is here!' And the rest, as they say, is history."  Part of the brand's success was due to catchy advertising such as billboards proclaiming, "We aim to tweeze".  Free tweezer sharpening is an excellent strategy as well.

More recently, Tweezerman has stayed competitive through the development of eye-catching designs that go beyond a range of colors.  There's a plethora of prints, from animals to graffiti and pop art to holiday themes: 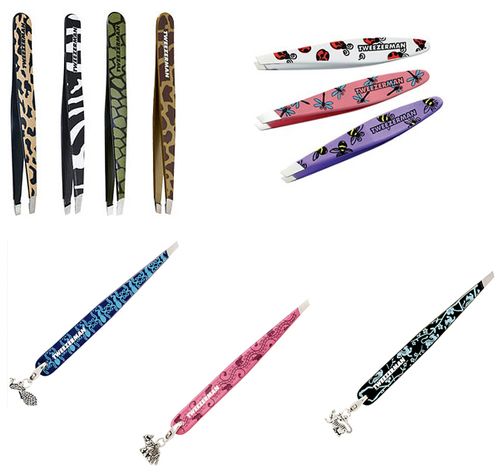 (images from amazon.com and 6pm.com) 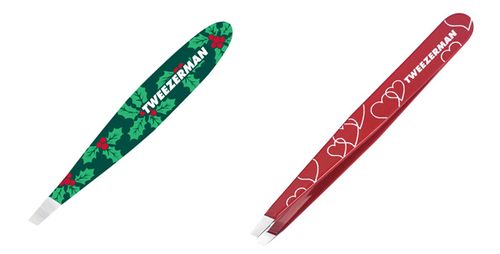 (images from tweezerman.com and realsimple.com) 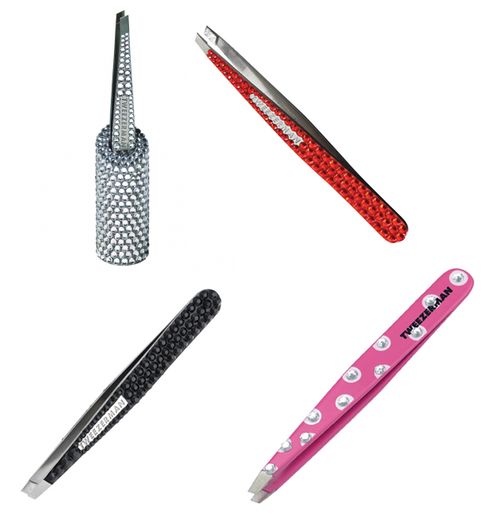 And a limited edition design in honor of the brand's 30th anniversary back in 2010: 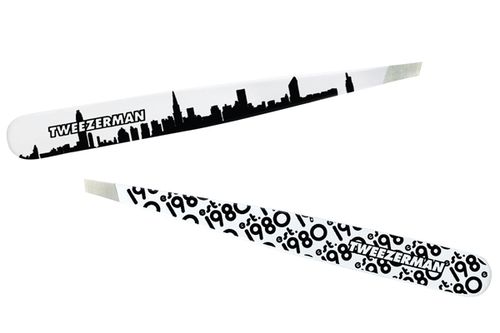 Tweezerman has also gotten into the designer-collaboration game.  The first such partnership occurred in 2009 with Agatha Luiz de la Prada, known for her avant-garde prints. 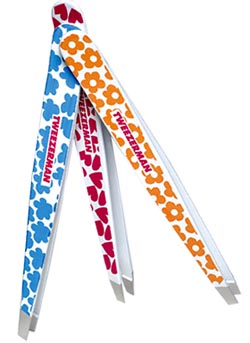 Next up in 2010 was the always delightfully kooky Betsey Johnson: 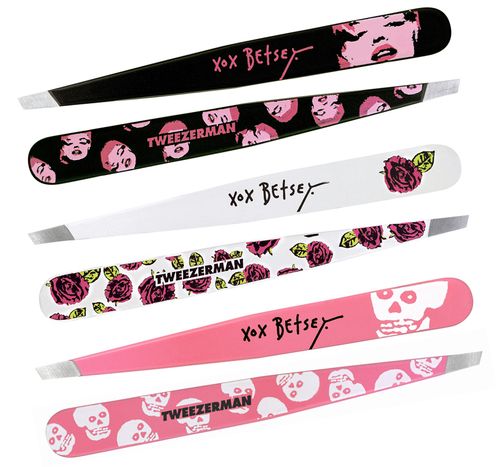 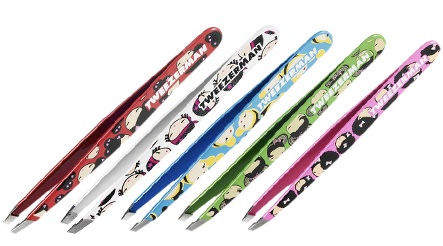 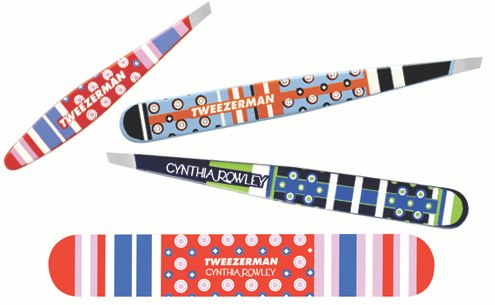 
I wonder what's up Tweezerman's sleeve for 2013!  In any case, I always love seeing mundane objects taken to the next level through interesting and colorful designs - it makes dull tasks slightly less painful, and in turn, you feel a little special when you put the object to use.  It may be silly, but I always feel a bit stylish and less boring when using my green croc print tweezers.  :)

Which one of these is your favorite?  Do you own any limited-edition Tweezermans?