Sweet Tooth: behind the scenes and exhibition opening

If you're not too tired from viewing the exhibition, here are some behind-the-scenes shots I took as I was setting up.  I still can't believe how expensive it was to put together...cake plates don't grow on trees!  Still, I was determined to have some pretty things on which to put the objects.

I got the green cake plate from Sweet and Saucy, the white one from Williams-Sonoma, and all the silver pieces (cupcake stand, sugar bowl and candy dish) were from Etsy. 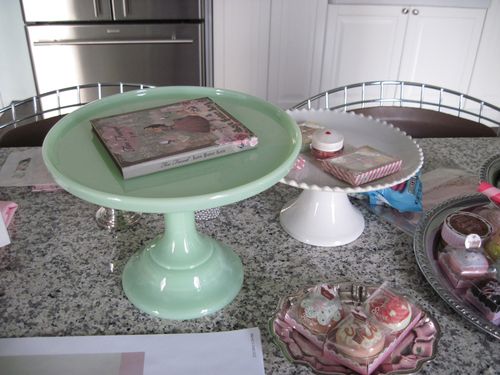 The husband gathered macarons from two bakeries:  Bonjour Bakery and Patisserie Poupon.  I swore I'd never go back to the latter after they messed up our wedding cake, but they do have the best macarons in town so I didn't have much of a choice. 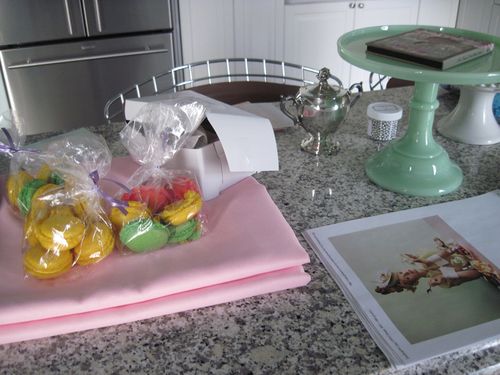 In between figuring out what should go where I made the cupcakes.  I got the liners and silver ball decorations from Fancy Flours. 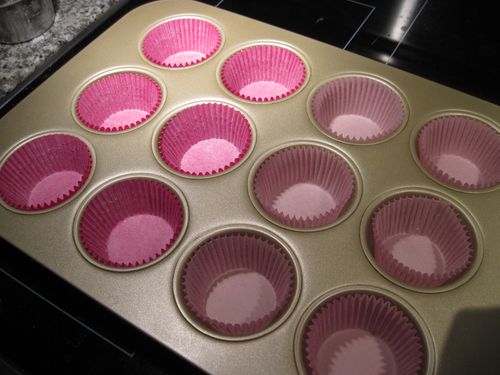 They were pink champagne flavored and yes, I drank the champagne that was left after making them!  There wasn't much though, I needed a lot for the recipe and the bottle I had was fairly small.  It's a good thing...otherwise I would have been too tipsy to take pictures.  ;) 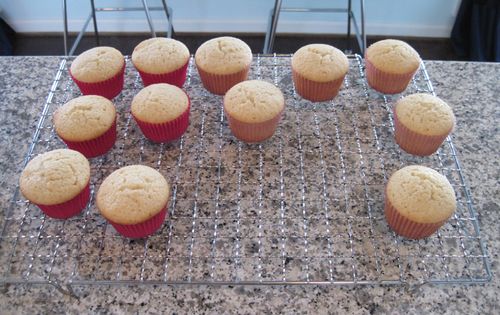 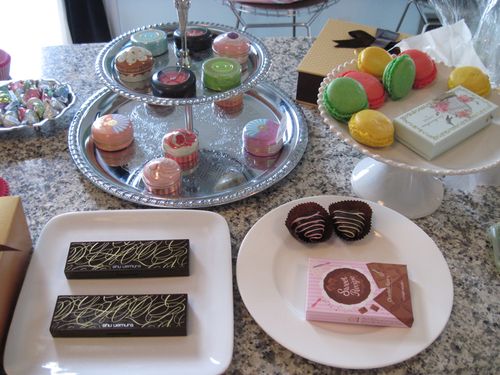 As you can see, the truffles that appeared on the bottom tier of the cupcake stand and on the plate with Shu palettes in the exhibition were Godiva.  I had bought them a week before and it was sooo hard to resist eating them before the exhibition went up. 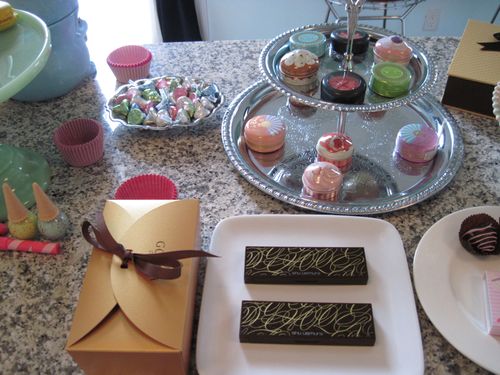 I finished setting up everything and took pictures.  Then the sun went down and that's when the exhibition opening started!  Makeup Museum staff was very eager to start dismantling everything so they could eat some of the props. 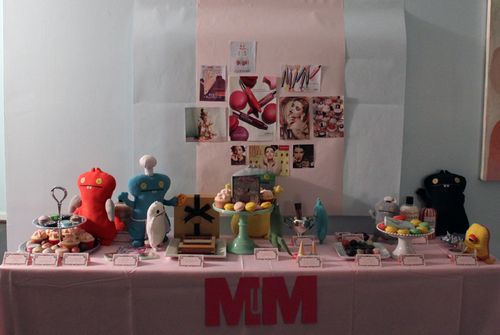 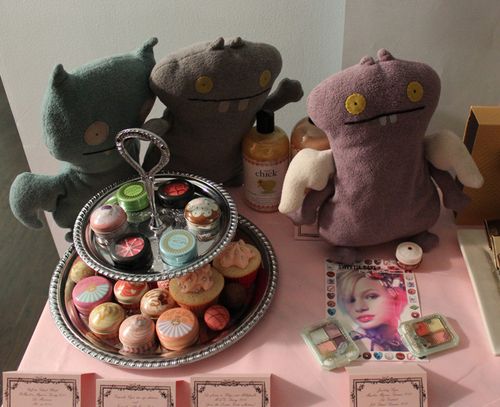 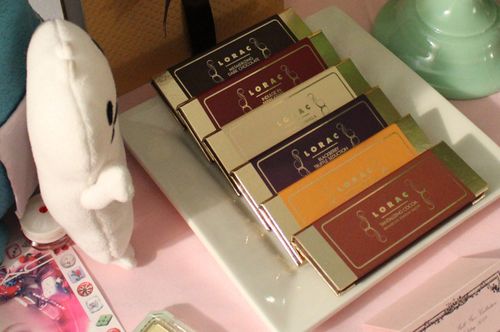 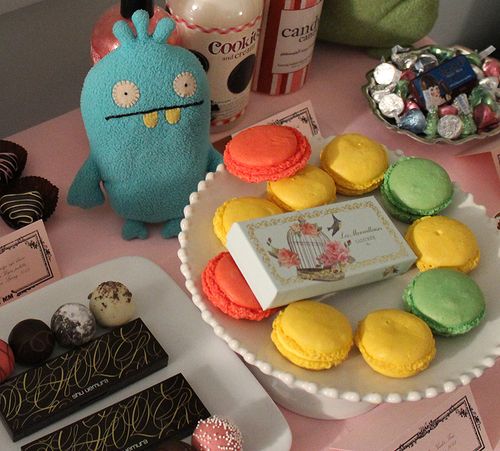 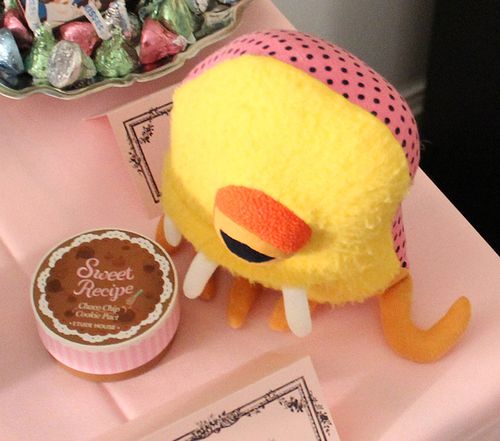 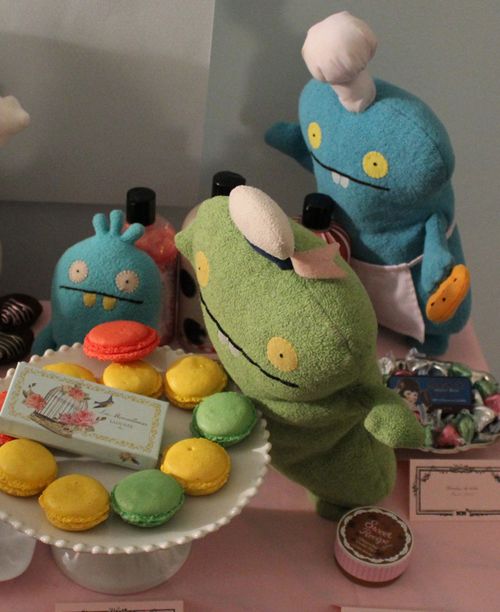 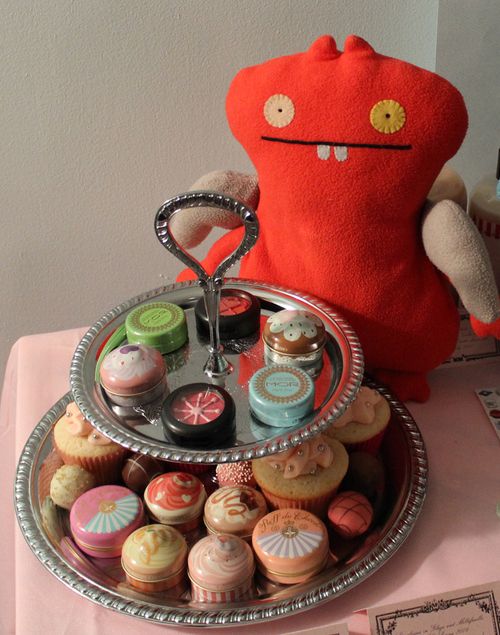 The party's in full swing... 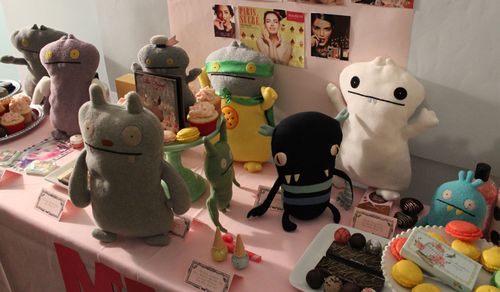 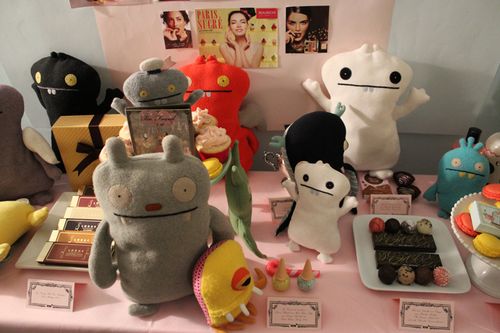 ...and petered out after Exhibition Designer Power Babo collapsed from exhaustion.  Poor little guy.  I guess I worked him too hard. 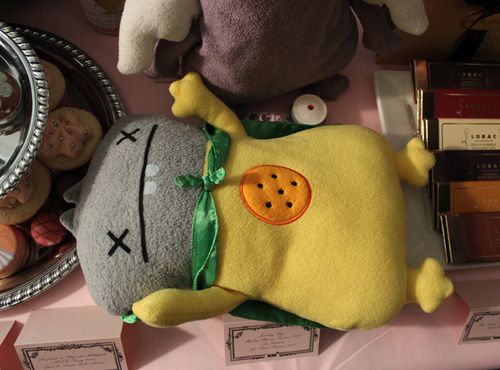 Still, I think a good time was had by all!

Posted at 05:57 PM in Exhibitions and museums, Staff | Permalink | 0 comments