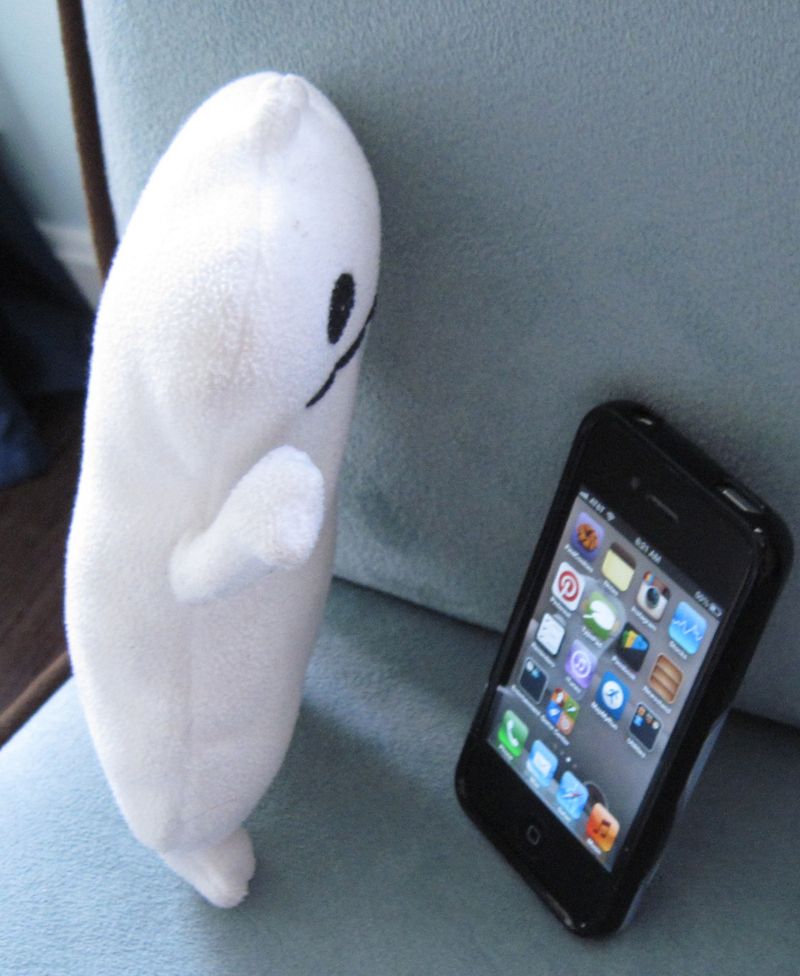 For the previous installment of MM Musings I discussed virtual exhibitions and museums.  As a continuation of that conversation, I thought for this post in the series that I would again talk about museums going digital - but also mobile.  With the millions of apps out there, it's going to be tough for me to decide what would be most useful to virtual visitors for their mobile devices and how the content would differ from that of the Museum's website (of course, I'd only develop an app after the website has been overhauled).

There are many obstacles facing museums in launching mobile apps.  A Washington Post article sums them up:  "Progress is hampered by the diversity of often mutually incompatible user devices, software platforms and interfaces. Museums are often thick-walled buildings with imperfect broadband and Internet access. And there are chronic shortages of time, money and staff. Moreover, living artists often restrict online reproduction of their works for fear of unauthorized and commercial replication. And no one knows what visitors need and want in terms of digital enhancements to the museum experience."  I think that last issue will be the most pressing for the Makeup Museum.  While I own an iPhone and have downloaded many apps, I'm really not sure what visitors would want in an app.  I'm assuming that it would mostly involve enhancement of the website's content.  Indeed, the article notes that "There is general agreement that the fundamental task for museums is to expand and enhance digital presentations of their collections." Other than that, it would need to be something that could offer people something besides what's available at the website.

Fortunately for me, there are many trailblazing museums who have embraced the never-unplugged culture created by today's mobile devices and have developed some pretty practical and interesting apps.  I will now explore some categories of museum apps I've found and summarize how they might be relevant to the Makeup Museum.

1. Exhibition info with a twist

Many museums release general information apps to enable visitors to better navigate their collections or special exhibitions.  But this is fairly pedestrian - how can a museum develop an app that's worthy of downloading, instead of (or in addition to) visiting the website for basic information and images?  The Guggenheim in NYC presents a good example.  This museum released an app to accompany its retrospective of Maurizio Catellan, whose works were hung in a confusing jumble in the museum's rotunda.  The app helps viewers to make sense of the exhibition by allowing them "to see the hanging objects from four angles, zoom in and out, and tap individual pieces to read snippets about them."  What makes this app unique is the fact that weirdo extraordinaire John Waters acts as a sort of app narrator, providing an introductory video and standing in for the voice of the artist.  This is a no-brainer for the Makeup Museum - I'd definitely want tons of information to be available via an app, but a way to make it somewhat interesting would be to develop an app that would also allow users to curate their own collections or exhibitions.  In this way they would get all the information about the objects but also be able to put their own spin on the Museum's collection, which is a little interactive as well (we'll get to that soon).

Another way to get people to download a museum app is to provide information that is only available through the app itself.  San Francisco Museum of Modern Art did just that last year, releasing its 2011 annual report exclusively via an iPad app.  Unlike most annual reports, this is not a dry recitation of numbers, although important figures are included - it also features an animated tour of the museum's planned expansion and video interviews with artists and the museum director.  If the Makeup Museum were to finally occupy a physical space, I would definitely copy the idea of releasing an app with a virtual tour of the building.

I don't think I've ever downloaded any app that's meant purely for enjoyment rather than information.  However, in the case of the Makeup Museum, I could see coming up with an app that would capture the more playful side of makeup and allow for user interaction with the objects.  Since I'm still massively in awe of the NARS Andy Warhol collection, I'm going to highlight the Andy Warhol Museum's "DIY Pop" app as an example.  According to Art Info, "This app allows users to create a digital silkscreen inspired by Andy Warhol’s classic pieces using their own photos. The app doesn’t simply add blocks of color, but allows users to go through a multi-step process (film positive, underpainting, screening) that sheds light on the actual silk-screening process. Users have a pretty advanced degree of creative control over the image —you can adjust hue, saturation, brightness, and brush size in the underpainting stage to decide if you want to make friends look like Marilyn or Elvis."

In looking at these examples, I think ideally the Makeup Museum would have one of each kind.  It's a bit hard for me to say exactly what would be in store for each of them since I still need to develop a more museum-y website first, and anything related to a physical space would be out since the museum, as of now, doesn't have one.  When the time comes though, I will be armed and ready thanks to both these examples and this blog devoted to the subject run by the American Alliance of Museums.

What would you like to see in a Makeup Museum app?