Shiseido's been rolling out new products and doing lots of events in honor of their 140th anniversary this year.  To add to the celebration, the company released this lovely camellia highlighting/blush compact. 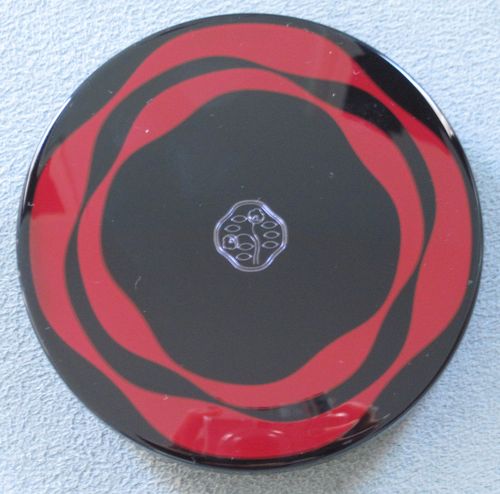 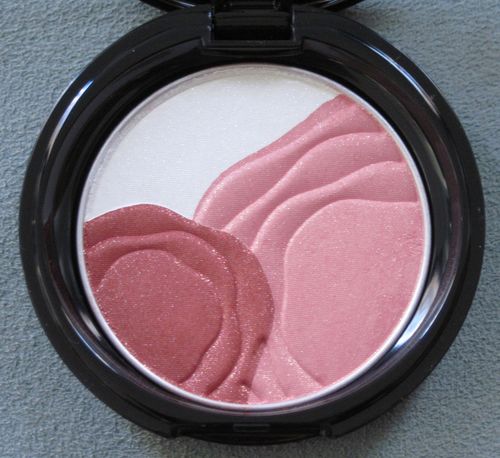 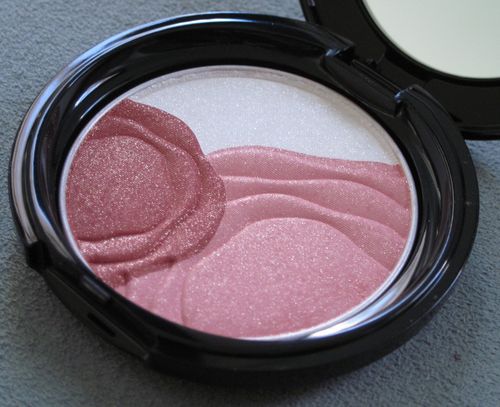 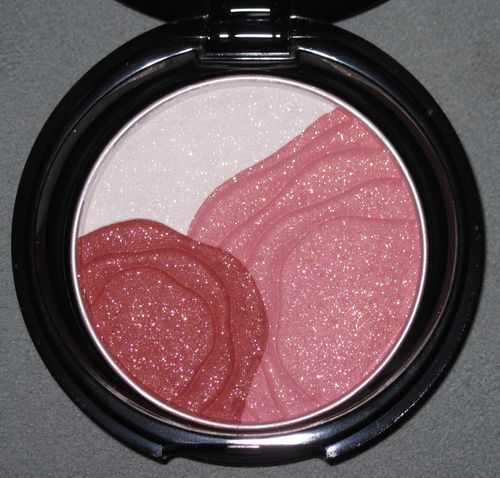 The Shiseido Corporate Museum (more on that tomorrow) hosted an exhibition on the company's use of the camellia.  "In 1915, Shiseido's first president Shinzo Fukuhara replaced the hawk emblem trademark used by the company's original pharmacy business with a camellia blossom. Ever since, this camellia trademark has been closely and fondly associated with Shiseido as a company.  What does the camellia mean for the Japanese people? What does it mean for Shiseido? As the camellias came into bloom to welcome Shiseido's 140th anniversary this year, the year's first planned exhibition considered the history of the Japanese people's relationship with the camellia, and looked back on the history of the company's camellia-related products and designs using the camellia motif."  I would have given my right arm to see this exhibition, but Japan is a long way off for a quick museum visit!  Fortunately, at their website Shiseido fills us in a little bit as to the meaning of the flower for their brand. "When the company was known as a pharmacy, its trademark was a brave hawk, but when it shifted its focus to cosmetics, it was thought that the stern image of a hawk was unsuitable. It is said that the camellia was chosen because the best-selling product was Koyu Hanatsubaki (hair oil; Hanatsubaki is Japanese for camellia).  At that time, trademarks in Japan were typically traditional patterns from ancient family crests, but the Western design of the camellia mark was a great novelty.  The camellia trademark was designed by the company's first president, Shinzo Fukuhara. The original nine camellia leaves were reduced to seven by the Design Department staff. In 1918 its design was near today's, and in 1919 the trademark was registered. Many small changes have been made since, and in 1974 the present design was decided on."

Additionally, there was once something called the Camellia Club - a membership service for loyal Shiseido customers that was launched in 1937.   Club members received exclusive pamphlets and invitations to beauty classes.  The biggest spenders received commemorative gifts - I'm thinking this is sort of like Sephora's VIB program in which customers can become "VIBs" after spending $350 in a given year.  "The first year's gift was an art deco metal vanity case, the following year's was a Nishijin handbag, and in following years continued with ceramic sash clips and other luxurious items."  While I enjoy the more modern perks of today's membership programs (free samples, discount codes, etc.), receiving keepsakes from the company sounds great to a collector like me.

Stay tuned for more on the history of Shiseido tomorrow, when I will highlight some pieces from their museum.