I have pumpkin fever (I went on a dessert rampage during Hurricane Sandy that included pumpkin cheesecake, pumpkin cookies, pumpkin cupcakes and pumpkin ice cream) so I thought I'd take a look at two collaborations with Disney, both based on Cinderella.  Mmm, pumpkin carriage...oh wait, that's not edible.

Sephora's Cinderella collection is vast, but I want to look at just a few highlights.  First up is the Midnight Hour Eye Shadow Palette.   "Reenact the drama and flash these whimsical shadows as the clock strikes twelve.  Original artwork created by Disney brings the magic to life with an elegant screen print of the legendary countdown."  I must say I like this image. 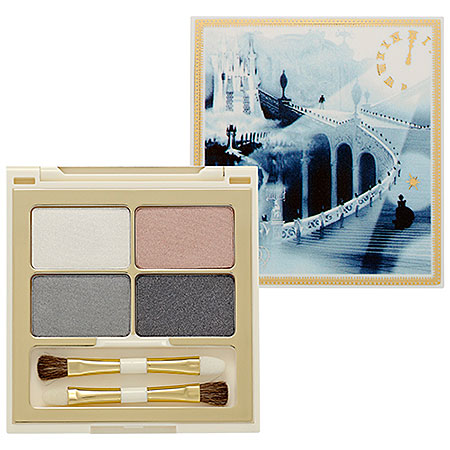 Then there are the Storylook Eyeshadow Palettes, which are dotted with Swarovski crystals and once again feature "original artwork created by Disney".  The colors in each are also based on the actual Pantone colors from the movie. 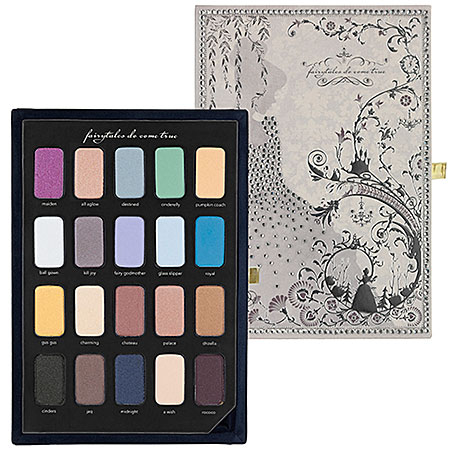 Finally, we have the compact mirror which shows an aqua and gold filigreed clock.  Strangely enough, this seemed to be the hit of the collection - it's sold out online and in every Sephora store I've looked. 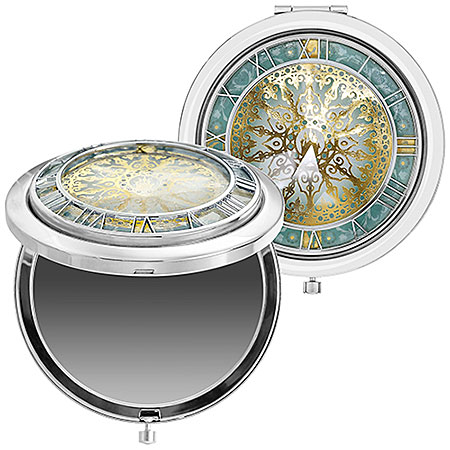 The other Cinderella collection is from Japanese brand Lissage, which will be released for the holiday season in mid-November.  Actually it's not so much a collection as a single, albeit large, makeup kit.

It's hard to tell from the picture whether the pumpkin carriage design is a plastic covering or imprinted onto the makeup.  My instinct tells me it's just on the plastic. 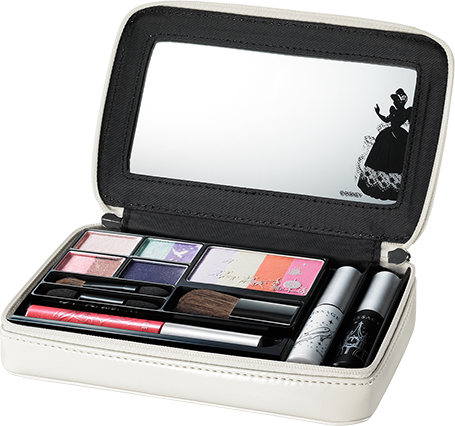 Disney is really cleaning up on these collaborations (see previous collections from Pixi, MAC, E.L.F., Urban Decay, and Paul & Joe).   And I'm still grappling with why these are being marketed to grown women and whether this is a form of infantilization.  For both collections, while the entire concept is to make women temporarily feel like princesses in a fairytale (i.e., pretty and privileged), Cinderella is rendered only in tiny, silhouette form.  Are the images an attempt to downplay the more childish feel of a Disney collection and make it seem more a harmless escape from the drudgeries of real adult life?  I'm not sure, but I do know that the designs for both collections could have been way worse - they could have used a lot of pink and more cartoony images of Cinderella.  But while the understated, shadowy images of the fabled princess signal these collections are meant for adults, I still find it just a little strange to be marketing Disney-themed makeup to grownups.

Anyone want to weigh in on the Disney makeup phenomenon?