A case of the Mondays: MAC Office Hours

Ugh.  Usually makeup ads don't send me into a blind rage, but this particular campaign for MAC's latest collection, entitled Office Hours, has hit a nerve.

When you create a collection based on the idea of the modern-day working woman but make her appear as an over-the-top '50s secretary whose main job seems to be filing (in between doing her nails), it just doesn't sit well with me.  Why didn't they make her look powerful rather than decking her out in every shade of little-girl pink in the universe?  Plus, MAC has done ads with this this sort of creepy retro feel before (see Shop MAC, Cook MAC). 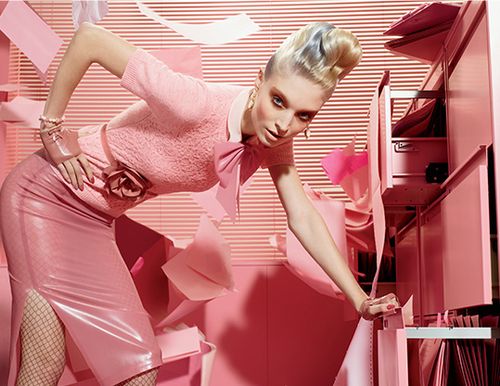 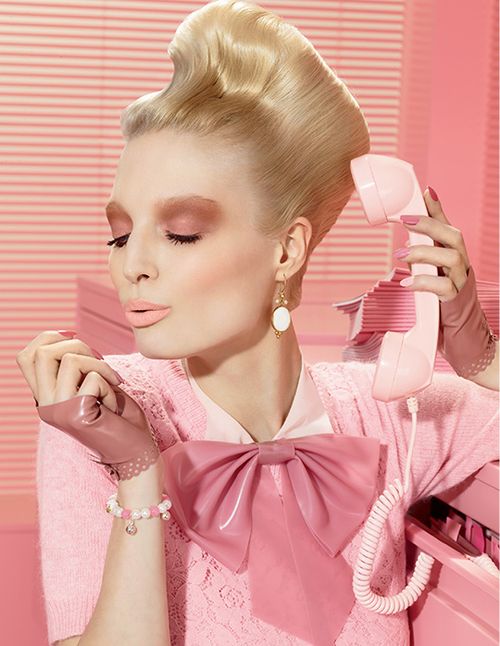 The makeup mixed in with the office supplies is one of the saddest things I've ever seen.  I don't want my love of beauty conflated with my hatred of administrative work.  And no amount of pink will ever make work utensils appealing. 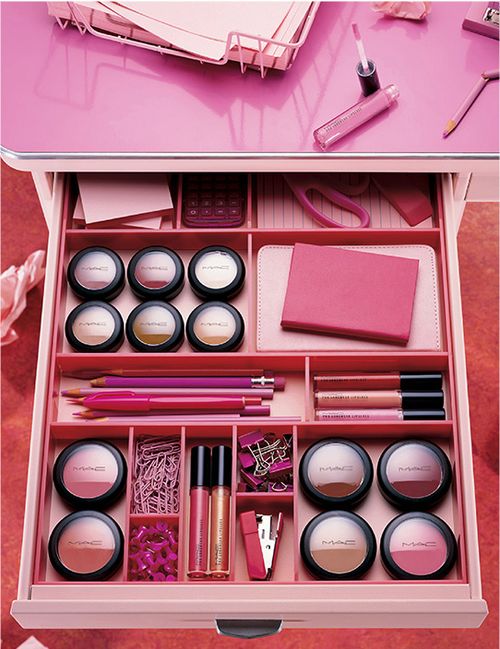 These ads remind me of a time when there were very few career options for women.  I think Edward Hopper completed one of the best representations of just how trapped women were professionally.  At least, that's how I've always read Office at Night (1940): 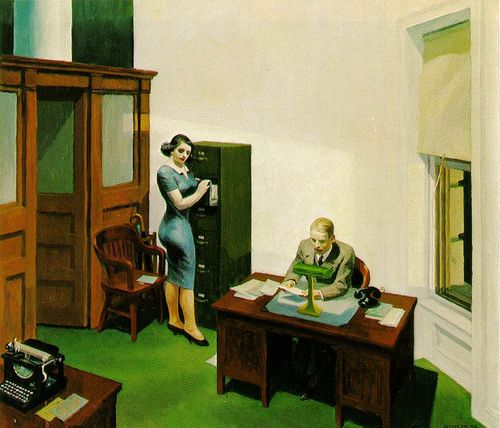 The New York Times explores this idea but also proposes that the woman is more powerful than initially thought:  "In 'Office at Night' a man in his 30's or 40's sits at a heavy desk in a sparsely furnished room, a voluptuous secretary standing with her hand in a file drawer nearby. Twisted in a provocative if physically strained position — both breasts and buttocks are visible — she could be looking at him. Or maybe she's wondering how her skin-tight dress will allow her to stoop down to pick up the paper dropped on the floor, and if she does, what the outcome will be. A breeze enters an open window and rustles a blind as the man reads a document, apparently oblivious to the situation. Or is he?  Hopper leaves those impressions blurred and layered...is the relationship between the man and the woman emotional? Sexual? Or have they, like so many urbanites squashed into cramped quarters, simply become inured to each other?  At the time, the position of executive secretary was a relatively prestigious role for a woman, though inherently subservient. Still, this woman, with her fashionable attire, her makeup and her come-hither pose, could be the one with the power."  I'm not sure I'm buying that, especially if you look at how the arm of the chair and the filing cabinet are pressed right up against her figure - she is nearly physically pinned by the structure of the office, hence why I always read it as working women being trapped in a position of submissiveness and in a state of unfulfilled professional potential back then.

On a more personal level, I have endured way more than my fair share of administrative drudgery in my working life, so seeing anything resembling that special kind of hell while trying to make it seem "fun" makes me want to hit somebody.   Additionally, there's a pretty insulting jab at temps in the collection description:  "She's a glamorous go-getter with nothing temp about her! Full-time, overtime-her makeup, like her day, goes on and on. What she loves: the no-fade staying power of these M∙A∙C Pro Longwear formulas - including new M∙A∙C Pro Longwear Blush."  You know, nobody actually WANTS to temp.  Nobody says to themselves, "Someday I'll be a temp!"  Temping is a last resort for those of us who were unfortunate enough to lose permanent employment.  Temps, by and large, are good workers who just got really unlucky.  At one point, I temped for over a year before finding a permanent position, and it wasn't because I couldn't properly do a job - I just couldn't get a break.  To imply that temps are somehow not as good as other professionals (like the "go-getters") is a real slap in the face.  Plus, is MAC aware that temping is pretty horrible for most people and shouldn't be mentioned, like, ever?  It can be triggering for some of us!

So, to summarize my issues with these ads:

1.  I don't like the implication that working woman = secretary.

2.  Unless I am getting paid to blog about beauty (at home, where I wouldn't even have to deal with office culture), I have no interest in makeup collections taking on a work theme.  These two spheres - work and my love of cosmetics - should never meet, unless, like I said, I can write about beauty for a living.

To take the edge off, I will now present you with a clip from the classic movie Office Space.  "It's not that I'm lazy, I just don't care."