This isn't a post so much as a rant.  Really, YSL?  Instead of coming up with a palette that's based on the fashion of the iconic designer, which would be easy given the rich history and prolific work of YSL, the marketing group devised a palette based on a glorified online stalking mechanism that will most likely be obsolete in a few years.  (Anyone remember Friendster?  Or use MySpace anymore?)  According to Kiss and Makeup, those who buy the palette will also "receive special 'privileges', such as exclusive information, perks and services through their Facebook feed and in store." 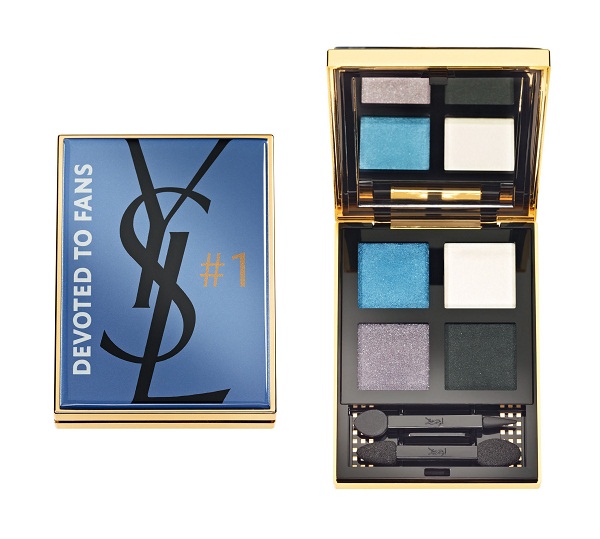 I'm annoyed not just because I hate Facebook and I don't like seeing a brand I like selling a palette based on it, but also because I'm one of the biggest YSL makeup fans out there - I not only collect their palettes for the Museum but I use their non-collectible products (love the gel eye liners, Voile de Blush, Rouge Volupté lipsticks, Golden Glosses, and Matt Touche primer, in case you're wondering).  Just because I'm not on Facebook doesn't mean I'm not a YSL devotee, and they should recognize that a few of us want to maintain at least some semblance of privacy online.  If they truly wanted to sell a palette that's a "declaration of love" to their fans, they should make it available to all of their fans, not just Facebook ones, right?

I don't know, perhaps I'm just bitter because only 1,650 of these palettes were made and I know I have no chance of getting it (it's available starting today), or because I'm still mad that something as dumb as Facebook has become so successful and influential. Or maybe because the palette itself is fairly ugly and unimaginative.  Congratulations, YSL, you have the negligible amount of design ability it takes to slap the blue and white Facebook colors and the designer's initials onto the case.

What do you think?  Do you "like" this palette?  (Ugh, can't believe I just typed that).