Chanel introduced this very festive highlighting powder as part of its Bombay Express collection, based on the brand's pre-fall 2012 show.  From the the press release:  "Each year, the Chanel Métiers d’Art fashion show celebrates the exceptional talent of the Métiers Houses, pairing their know-how with a legendary destination. This year, Bombay Express de Chanel showcases a specific vision of India. Peter Philips, Creative Director of Chanel Makeup, intensifies the proportions of iconic Indian eye makeup to give it a universal character.  Graphic makeup with saturated colour blocks stretches out from the corner of the eye to express strength and femininity. Eyes succumb to the boldness and mystery of a black eyeshadow in all its nuances with Illusion D’Ombre Mirifique. The rest of the face focuses on gold and light. The Exclusive Creation of the Collection is a precious, evanescent golden powder to dab onto cheekbones and eyelids in scintillating touches. In its classic black-lacquered case, Route des Indes de Chanel recreates an embossed motif of a rare fabric, a piece of bronze brocade from an Indian-influenced collection created by Gabrielle Chanel in the 1960s." 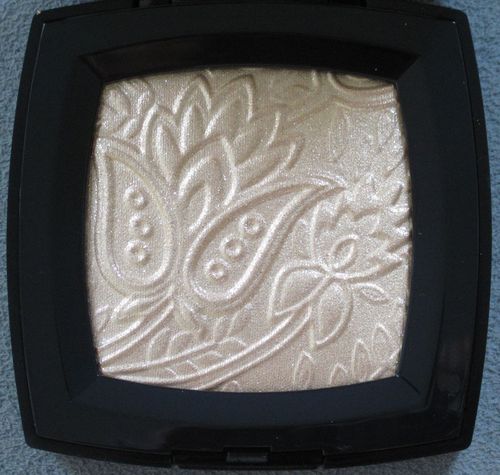 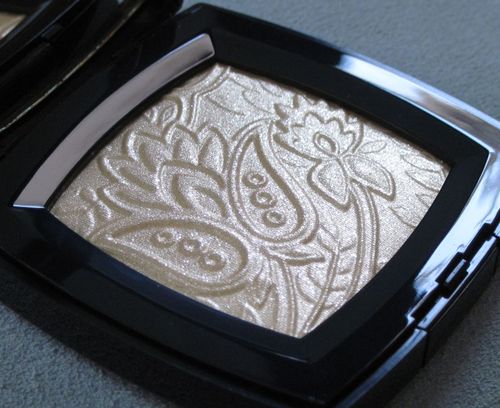 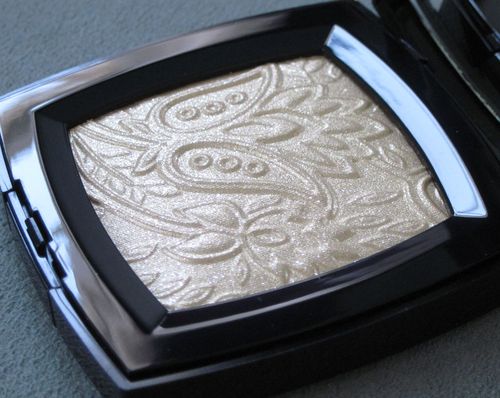 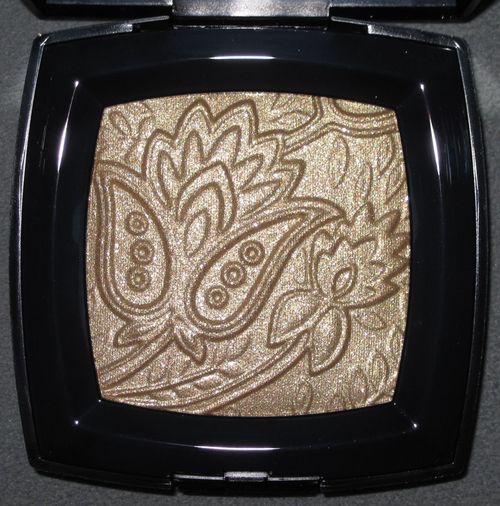 Try as I might, I was unable to find an image of the fabric on which the palette's pattern was based, nor did anything quite like it appear in the 2012 collection.  Sigh.  However, I do think the palette captures the fashion's extremely opulent and lavish feel (reminiscent of their pre-fall Byzantine collection last year).  While there were no overtly similar patterns to the palette, there were some intricately designed pieces: 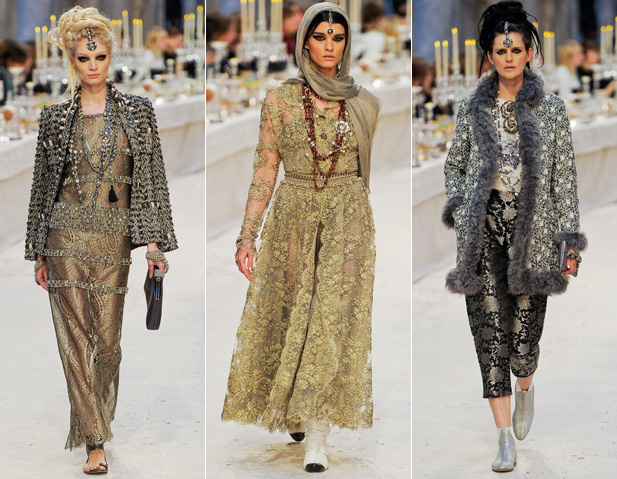 Along with lots of gold: 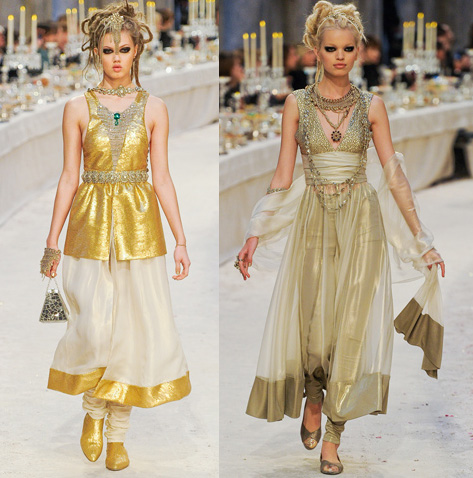 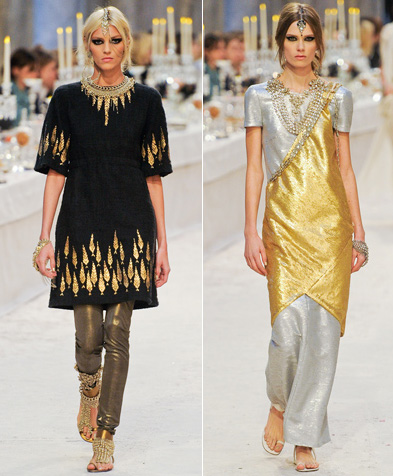 On the one hand, it's nice Chanel didn't go too literal with the palette's motif.  On the other hand, it would have been nice to see it referenced somewhere in the collection - maybe not in the actual clothes but perhaps in a bag or jewelry.

What are your thoughts on the Route des Indes palette?

Posted at 09:25 AM in Chanel, Couture/Fashion | Permalink | 0 comments