A pair of international beauty exhibitions

Some very exciting beauty-related exhibitions have been cropping up!  First up, Shiseido had a two-day exhibition in honor of its 140th (!!) anniversary at the Palais de Tokyo in Paris this past weekend.  The exhibition is called Un Trait Plus Loin ("A Streak Further", I think) and features beautifully designed ads from a range of time periods. 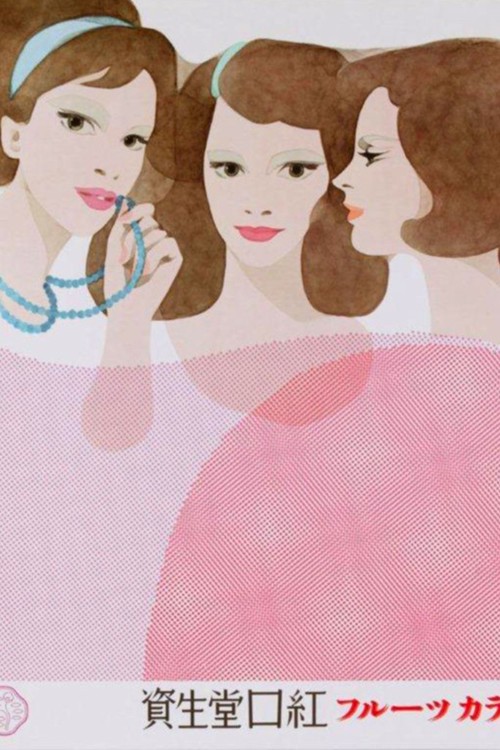 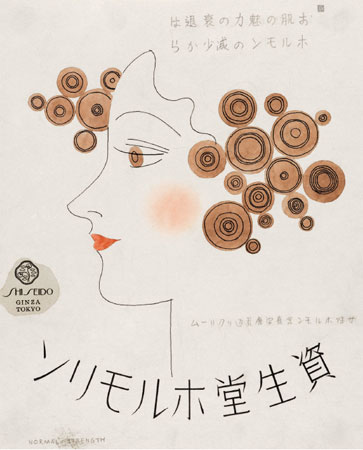 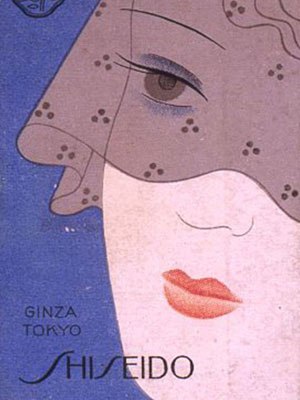 They hung some of the ads from lanterns, which is unique but doesn't necessarily allow a close look. 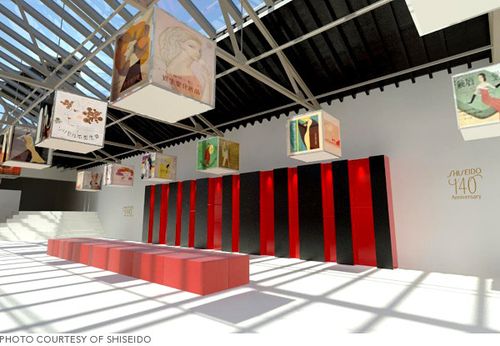 In conjunction with their anniversary, Shiseido is selling a limited-edition bottle of its Eudermine facial lotion with the original design from 1897.  And if you buy that, you'll also receive limited-edition blotting papers designed by Ayao Yamana, "a legendary Shiseido designer from the 60s and 70s."  I must admit I am tempted!

While I do love me some vintage makeup ads, there was an exhibition in Hong Kong that sounded even more amazing.  "An Ode to the Complexion: The Art of Skincare and Beauty Objects from the 18th Century to the Present", devoted to Guerlain items and other treasures, opened at shopping mall Pacific Place on May 23rd.  It was brought to my attention by my mother, who tore out the ad for it she spotted in a travel magazine during her recent two-week trip to China and Hong Kong.  How fortuitous!  I don't think I ever would have known about it otherwise and it just happened to be going on while she was there (unfortunately she didn't have time to check it out). 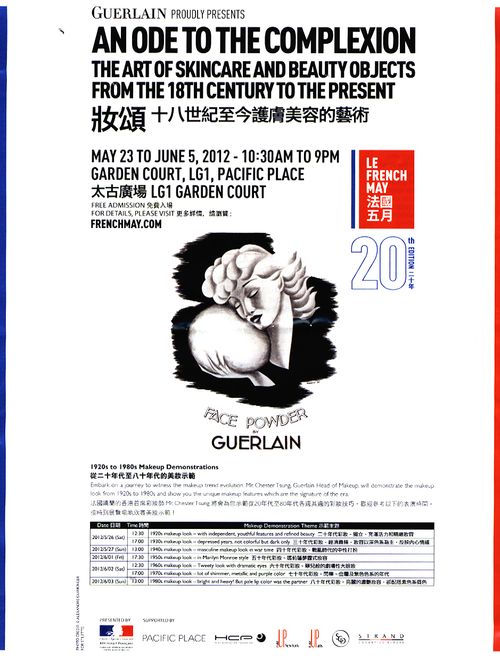 What's really awesome about this exhibition is that it offered makeup demonstrations to recreate looks from the different decades of the 20th century.  Such a great idea, I will definitely steal it. :)

Most of the items were powder boxes and compacts, and belong to two French collectors, Anne Camilli and Jean-Marie Martin Hattemberg (Hattemberg is the author of Lips of Luxury). 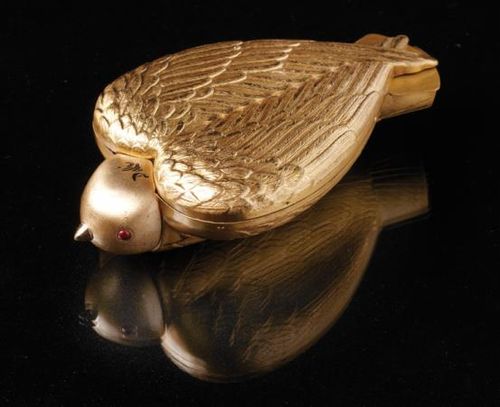 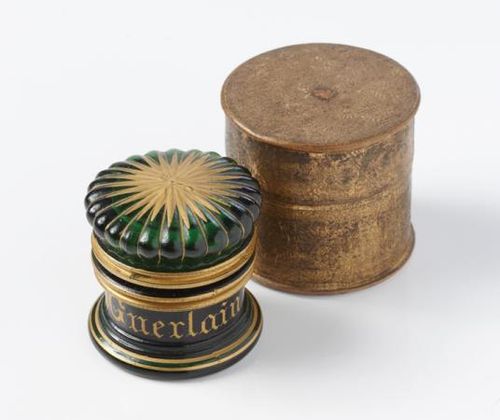 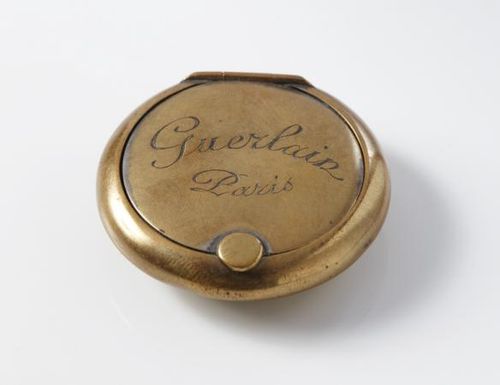 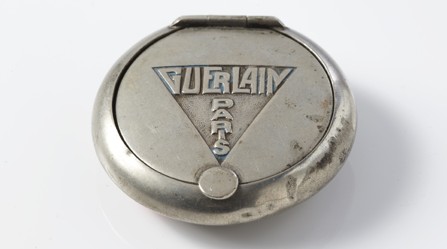 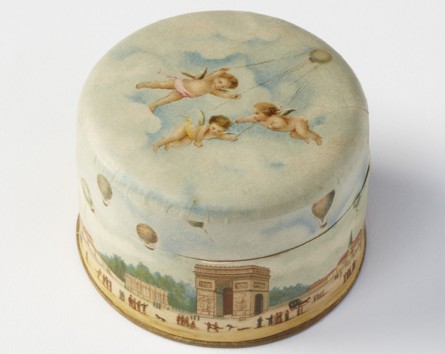 Some real-life pictures.  Not to toot my own horn, but I think the labels I create for my exhibitions are a little more informative and visually appealing. 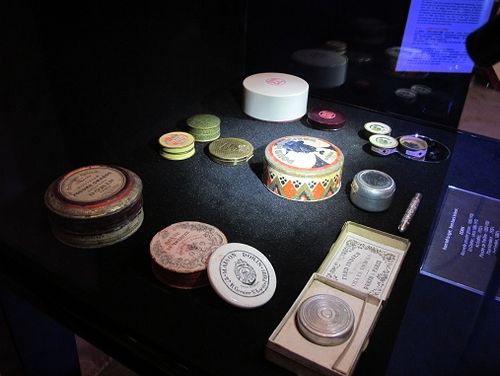 Météorites!  I'm pleased to say I own one of these: the black, crystal-encrusted Perles Impériales on the right in the middle row.  I also recognize the bee-adorned Perles d'Or in the same row on the left. 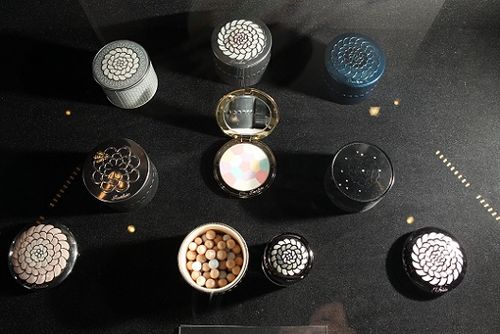 I'm a little shocked at the care for these objects, or lack thereof.  I can't be 100% sure from the pictures, but it looks like there are no protectors on top of the open powders, thereby exposing them to dust.  The horror!  I mean, I don't put the plastic coverings on top of my items since they're only open for a few minutes while I photograph them for exhibitions, but if my items were to be in an official exhibition sitting out for days or weeks, I would demand some type of clear covering so as to protect the powder.

The exhibition also included lipsticks.  It's an interesting way to display them - I always have the lipsticks upright in my exhibitions, but to have them all laying down in neat little rows is a good way to do it too. 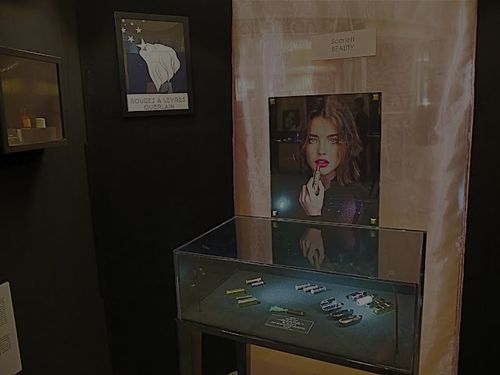 As you can imagine, I was really excited about these two exhibitions.  I hope to see more of them, and maybe they will be in the U.S. so I might actually have a chance of seeing them!  And of course, maybe curate a few of my own exhibitions.  :)