I was introduced to this Italian brand via Beautifulwithbrains a few weeks ago.  Leave it to the Europeans to be right on trend design-wise - geometric patterns and origami-inspired items seem to have been posted at every design blog in the past month or so.  Just today Google honored origami artist Akira Yoshizawa by making the usual Google letters into origami shapes.

Here are some pieces from Kiko's Blooming Origami collection for spring 2012.  I like the combination of colorful flowers against the stark delicacy of the white origami paper shapes on the packaging. 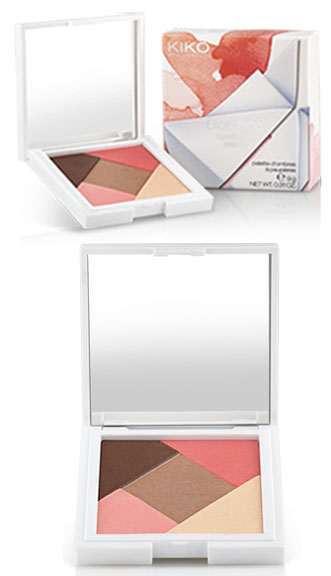 And because there are so many artists who specialize in geometrical motifs and so much origami- and geometry-inspired design lately, I couldn't narrow it down to just one.  Enjoy a little collage of the angled goodness I've spotted making the rounds. 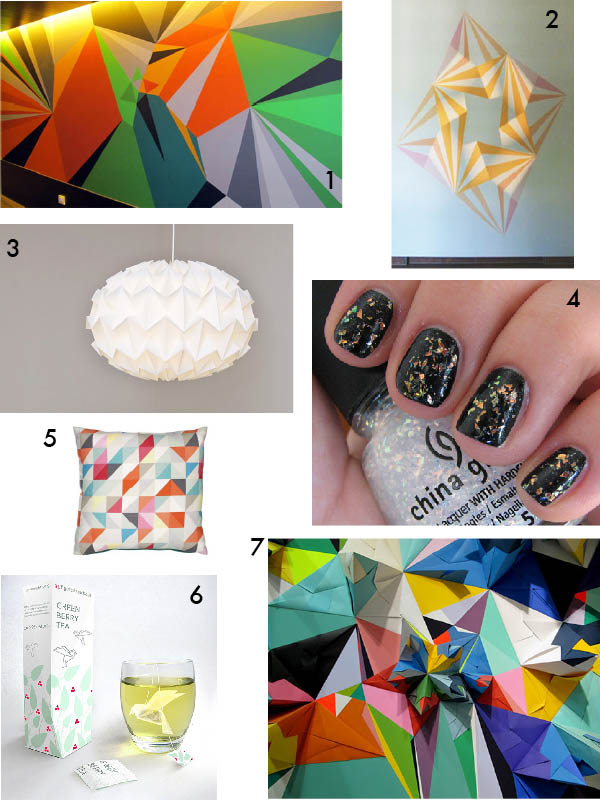 1. Mural by Matt W. Moore at Vincci Bit Hotel in Barcelona (via DesignMilk)

2.  Almost But Nich by Jay Shinn (via DesignMilk)

Questions:  which one of these looks most like Kiko's design?  And which one do you like the most? I think that trippy wall mural most resembles the Kiko shapes.  I also think it's my favorite, although the origami tea bags are pretty sweet too!