The PixiGlow collection launched online at Target a few weeks ago, but is just hitting their stores now.  In honor of its in-store release I thought I'd take a peek at the collection.

Created by Petra Strand, Pixi is a cosmetics line specializing in "makeup to wakeup", i.e., makeup that can be done in a few minutes' time and gives a natural, "you but better" look.  The brand's regular packaging features a silhouette of a tiny fairy.  The limited-edition PixiGlow collection is the result of a collaboration between Pixi and Disney, who approached Strand to create a Tinkerbell-themed collection.  If any brand is suited to have a collection with the classic Peter Pan character, it's Pixi.

The lineup includes a face and eye palette: 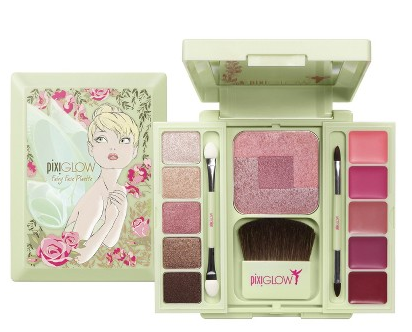 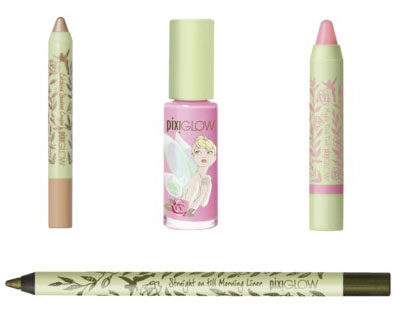 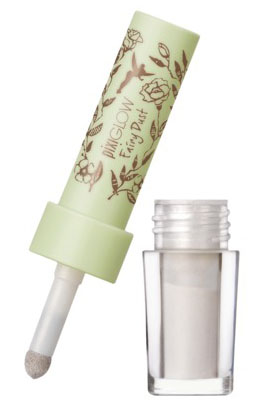 And a tote bag: 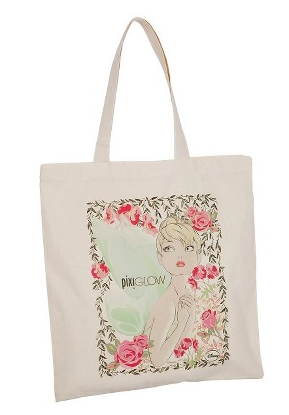 Strand worked with Disney artist John Quinn, who strived to create a vintage-inspired, more grown-up version of Tink to appeal to adult women.  I think he did - this is definitely not the Tinkerbell to which we're accustomed.  However, I have issues with the collection:  namely, Strand's insistence that the collection, like the regular Pixi line, is for women who want to apply a few products to simply enhance their features.  In an interview for Betty Confidential,  Strand says, "Just like the rest of the Pixi collection, PixiGlow products allow women to enhance and perfect their healthy, natural glow. The PixiGlow collection turns an ordinary look into an extraordinary one while celebrating every day with a touch of magic and that final sprinkle of twinkle."  Additionally, in a video produced by Target, Strand acknowledges that the idea behind the collection is to have "makeup become playful again" but that makeup "is about being pretty...it's you but better."  So which is it?  When I think of "you but better", I think of lines like Bobbi Brown or Laura Mercier, not Tinkerbell!  How is a cartoon fairy supposed to embody the sophistication and simplicity Strand is after?  I wish she would just stick to the idea that Pixiglow is meant to be playful and brings a sense of childhood nostalgia (like other Disney makeup collections) rather than insist that it's for a natural, everyday look.  Also in the video, Strand says, "If fairies had makeup, I think they'd use the Pixiglow collection."  So...what is she saying?  The collection is good for fairies, or women who want to look like fairies?  That contradicts the entire "you but better" concept.

Then there's this:  when asked about what she loves about Tinkerbell in the aforementioned interview, Strand replies, "She is timeless and exudes that naturally radiant Pixi glow...She embodies every girl’s dream and she’s a great role model for any woman."  Wait, what?  I don't know about you, but Tink doesn't embody MY dream, nor do I think her character provides a good role model (she seems pretty needy to me!)

Boy, I sure know how to suck the fun out of some collections, don't I?  :P  Anyway, what do you think?  Can a collection based on Tinkerbell truly represent the idea of easy, no-nonsense makeup?