I couldn't resist scooping up this gorgeous highlighter from Clé de Peau. 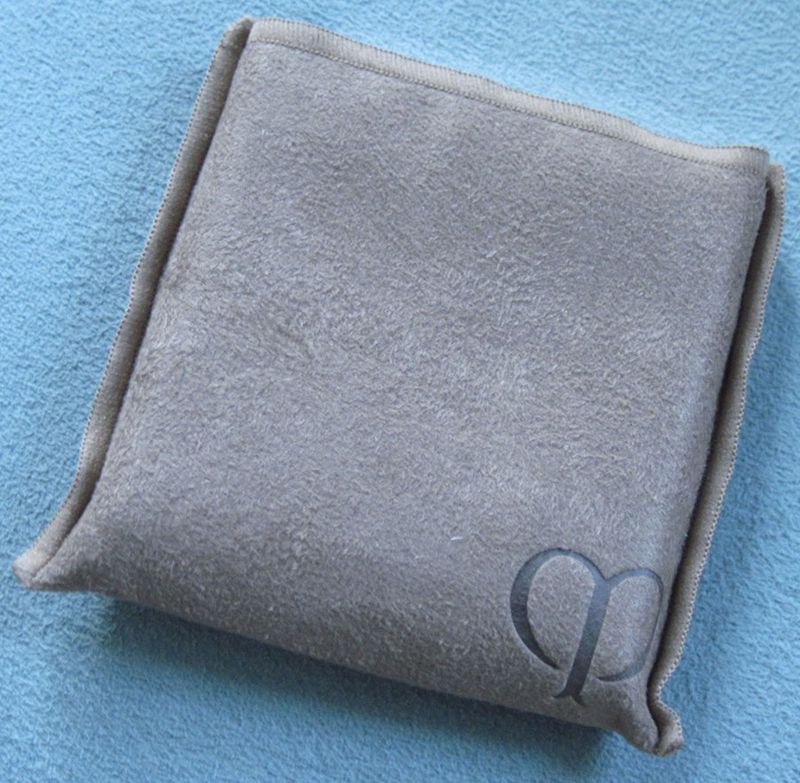 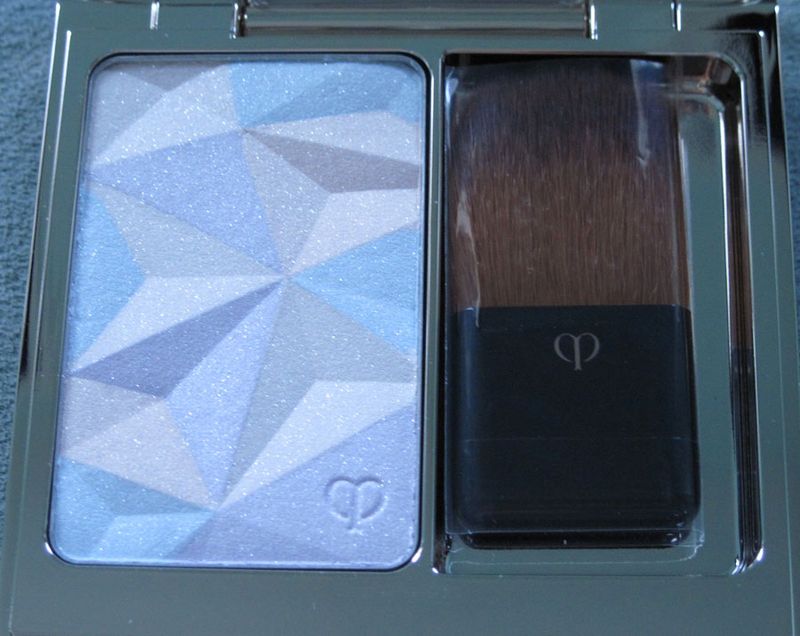 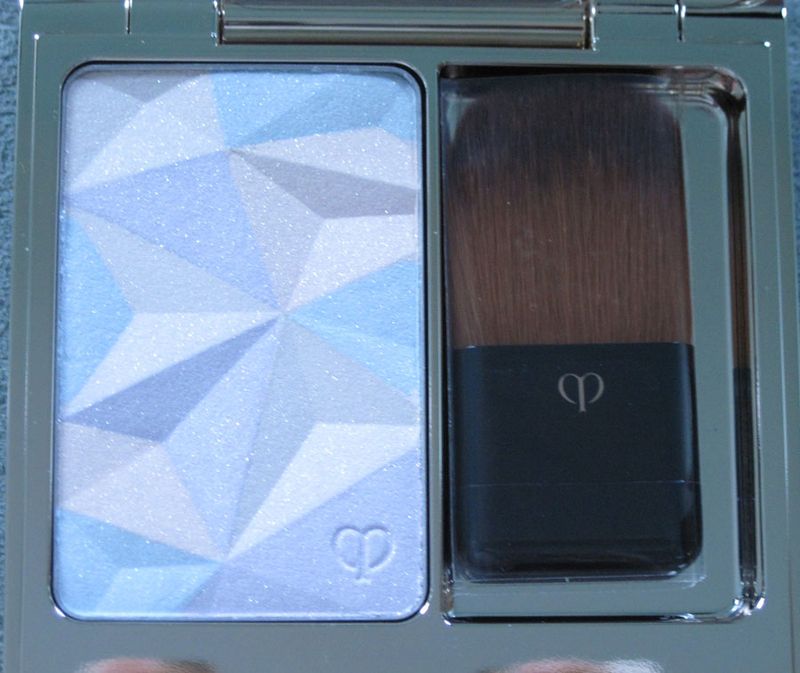 The colors are inspired by the luminous hues found in seashells (a similar idea to Armani's Madreperla palette):

Here are some more close-ups - I love how the sharp angles are made softer by the shimmer and pastel shades: 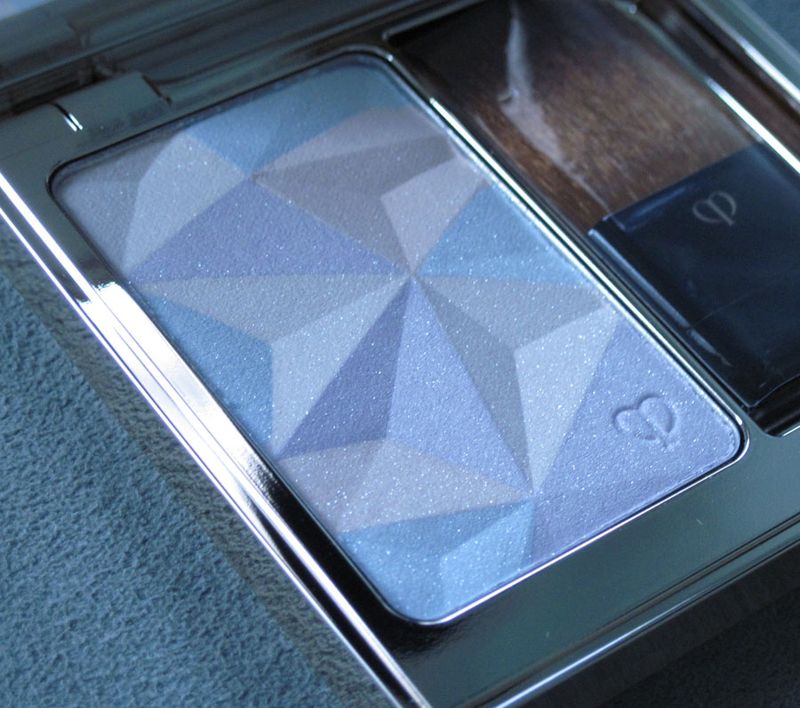 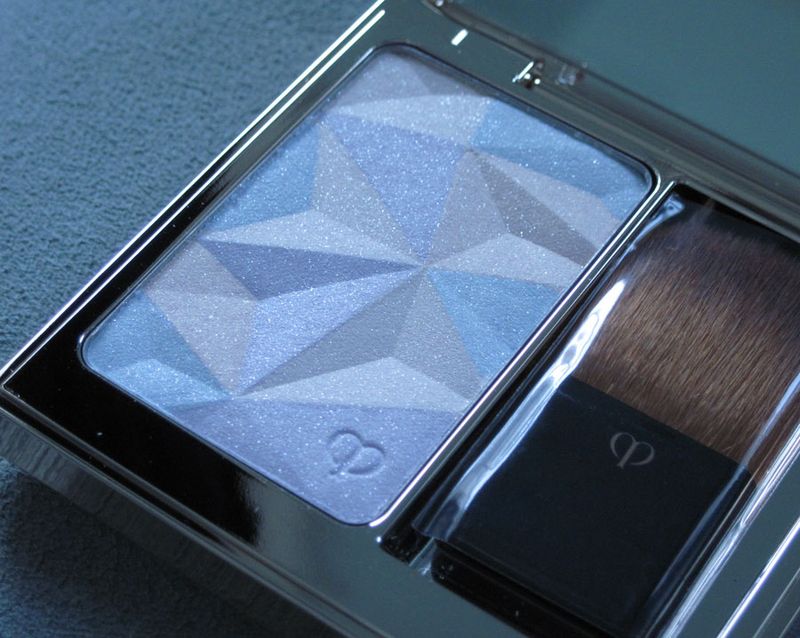 Yes, the powder is gorgeous, but what I really want to talk about is the outer case.  It was created by jewelry designer Shaun Leane, who had this to say about the design: “When we first designed the compact, our thought was to craft a piece which was both tactile and desirable.  In terms of its aesthetic, we wanted the design to be as though it was a jewel with a multitude of facets; to be chic, sophisticated, whilst exuding an element of glamour and fun, just like the lady who will be inspired by it.”

Leane also made a stunning gold "Reflection" necklace to be displayed at the brand's store in Tokyo's Ginza district.  Set with 1,355 diamonds, this little piece of extravagance embodies the luxe, gem-like nature of the compact. 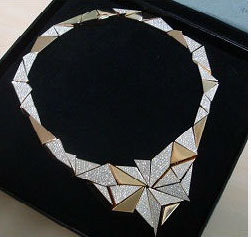 In case you're wondering, the necklace is for display purposes only and is not for sale.  However, I think it should be donated to the Museum.  ;)

Anyway, here are some more pictures of the outer case.  I admire Lane's restraint in this design.  While he could have taken the easy way out and stuck a bunch of tiny rhinestones on the case to mimic the necklace's diamonds (hello, gaudy),  he went with reflective geometric planes cut in such a way to make the case look like a real, 3D gem (it's totally smooth to the touch). 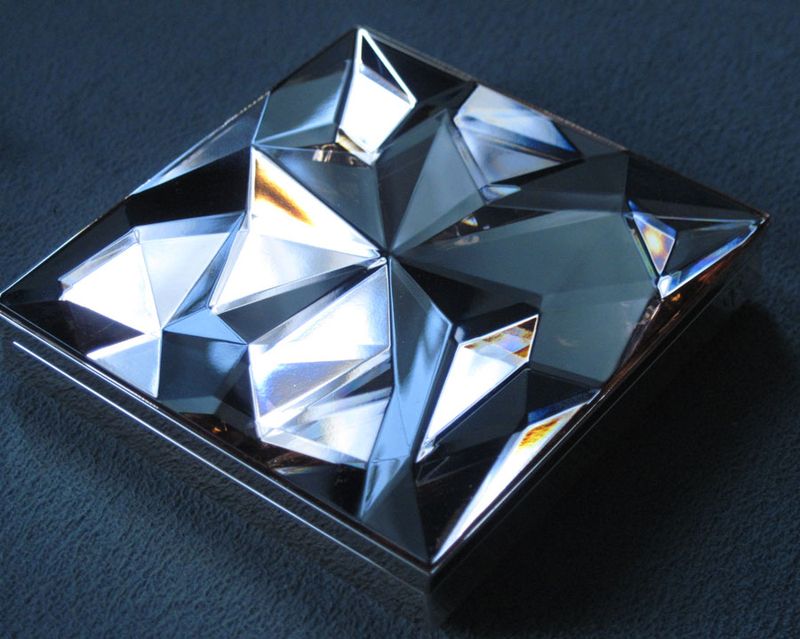 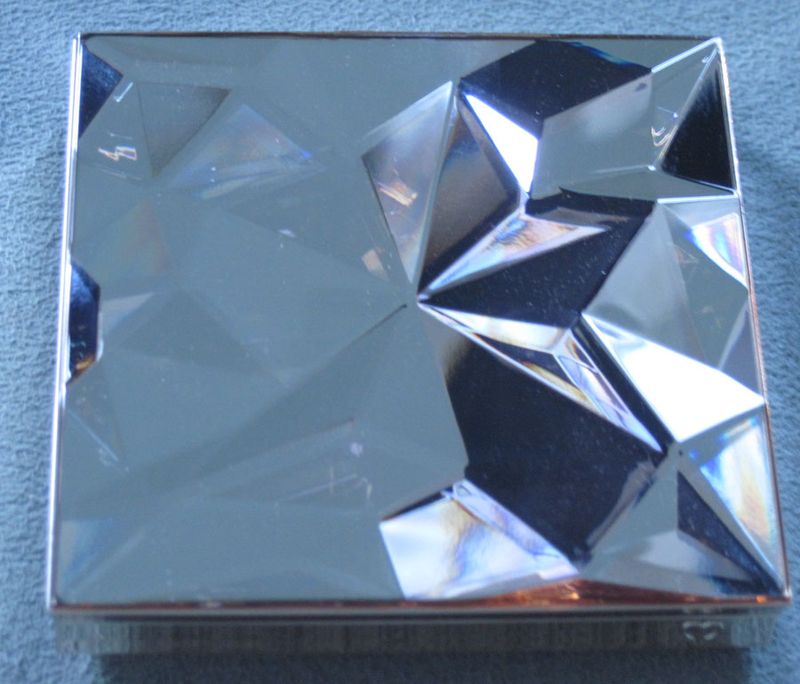 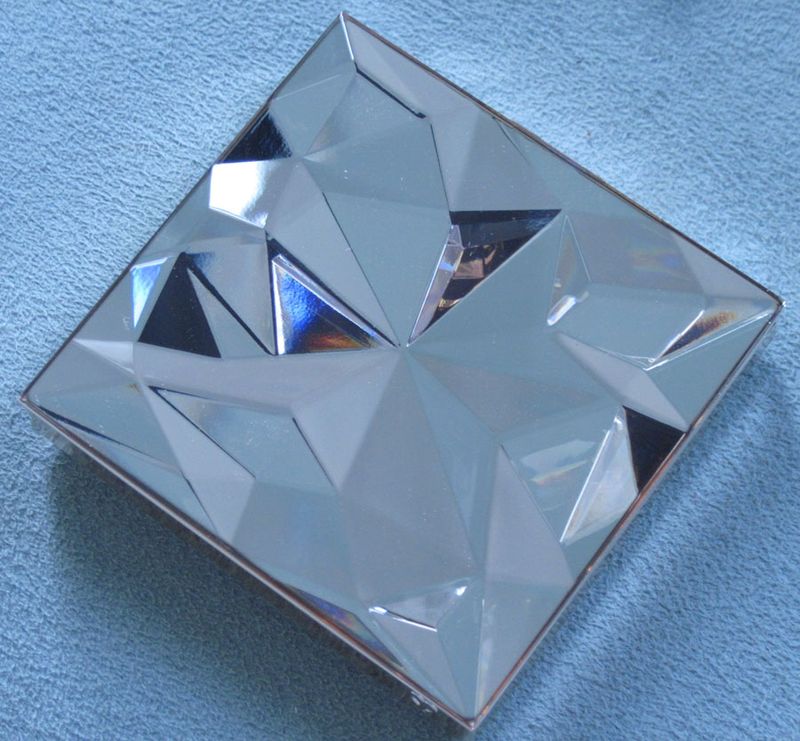 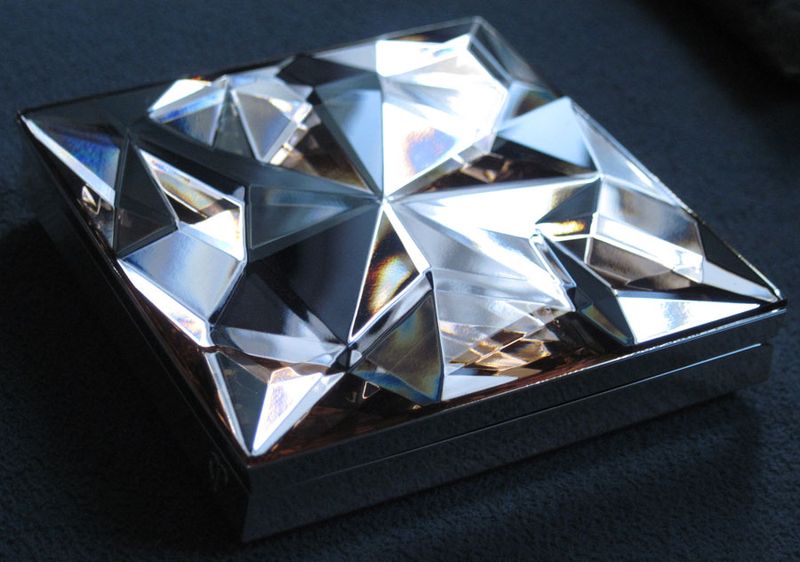 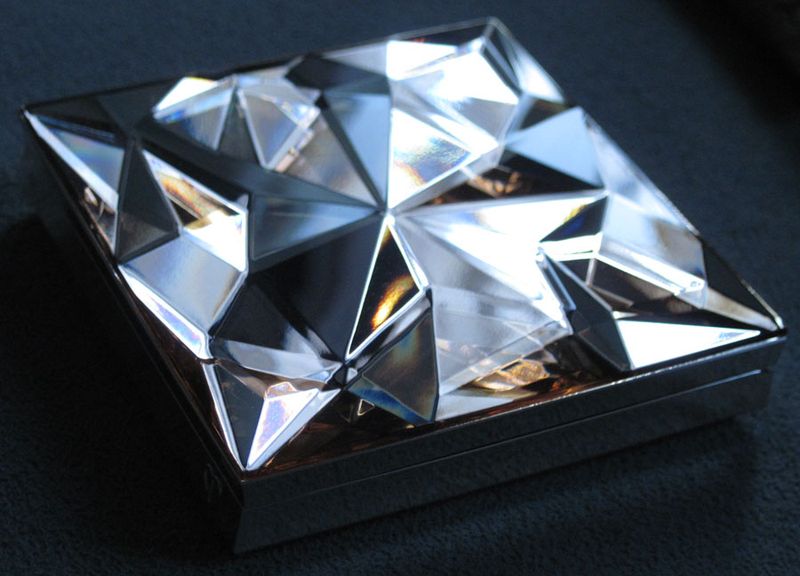 All of this talk of facets and opulent jewels reminded me of Kirsten Hassenfeld's work, which I first spotted at The Jealous Curator a while ago.  In the early 2000s Hassenfeld created a series of gemstones constructed entirely out of paper. 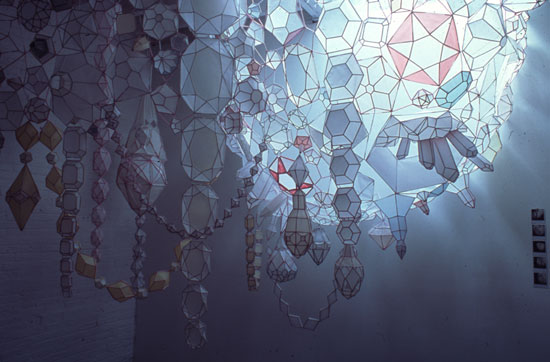 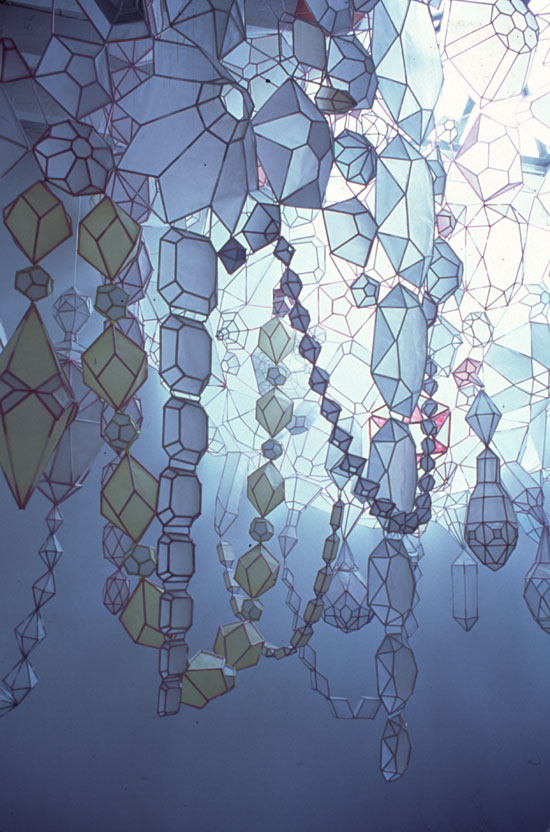 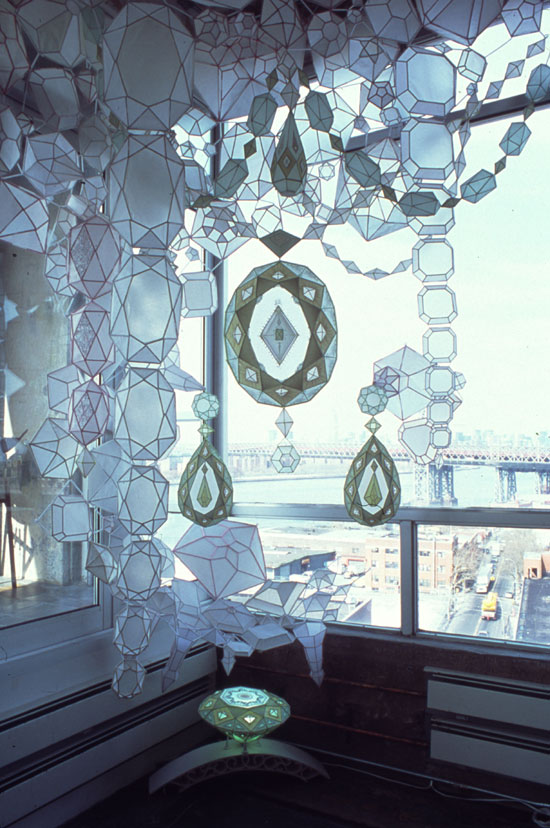 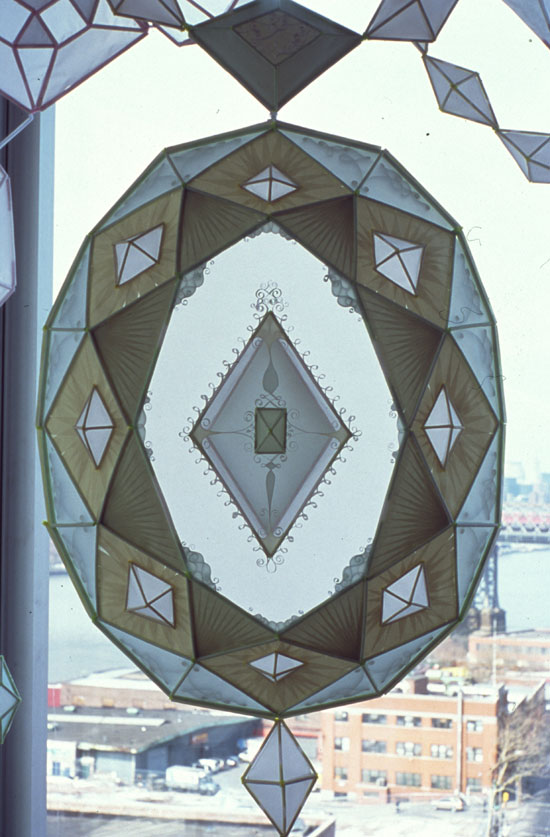 Blue Fancy, 2003 (which looks to be part of the Parure installation above): 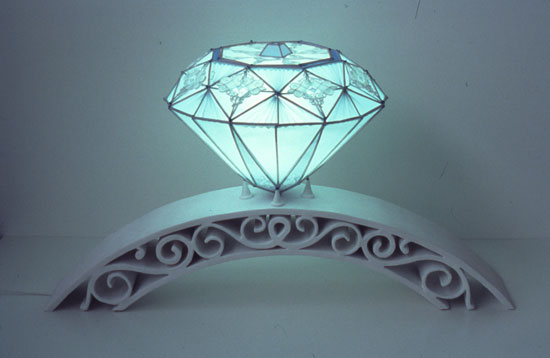 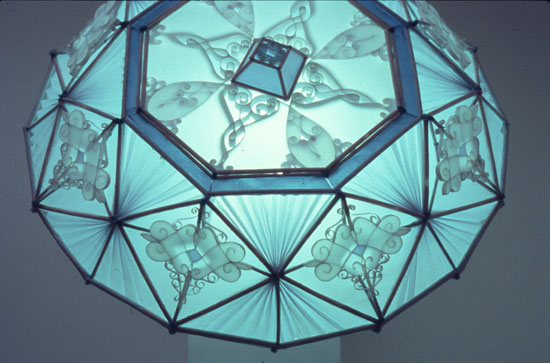 While Hassenfeld's work has taken a slightly different direction in recent years, these pieces focus on the themes of luxury and privilege.  From the press release at Bellwether Gallery for her 2004 show:

"Kirsten Hassenfeld creates extravagantly decorated, over-sized translucent gem and crystalline sculptures painstakingly crafted predominantly from paper. Borrowing forms and techniques from jewelry and other luxury goods, she creates opulent hybrids of traditional decorative art and otherworldly excess. Her works speak to notions of privilege, ownership, family pedigree, and the confusion of what we have with who we are through an embarrassment of riches...Kirsten playfully evokes traditional markers of power and symbols of plenty, mixing their opulence with the fragility of the hand hewn."  Says the artist:  "My work has evolved into a three-dimensional daydream in which my ambivalence toward material wealth and privilege is expressed. Precious objects speak about the cultures that produce and consume them; I revamp these objects with decidedly un-precious materials and varying scales, making fantasy tangible in a manner that calls into question what is considered precious. I conjure up for the viewer concoctions of wishes in an ephemeral form, promoting a state of wistful half-fulfillment.  My sculptures, as they reference specific markers of status, are themselves part of a larger economy of privilege. Contemporary art is, in the most extreme way, a luxury. My artwork self-consciously acknowledges its own extravagance and impracticality."

I'm interested in the how these works question the idea of worth - how valuable are jewels if they're made out of paper?   And in the case of Clé de Peau, out of plastic and powder?  While the brand is known for jewel motifs (see their vintage Holiday palettes) this time the company hired an actual jewelry designer to make the compact and the accompanying necklace.  Even more so than with previous palettes, they're trying to appeal to consumers' desire for status and luxury by showing the compact with an exclusive necklace that is so precious that it's not even for sale - purchasing the compact means we can have a little taste of what priceless feels like, the "wistful half-fulfillment" that Hassenfeld mentions.

This tactic works - for me, anyway.  I wasn't going to buy the compact until I saw that necklace!  What are your thoughts on the palette and on Hassenfeld's work?