It's been a REALLY long time since I discussed the latest technological advances in makeup, and with a spate of new foundations on the way I thought I'd round them up to see what makes them different.   Today's post will focus on foundations, which, mind you, are distinct from beauty balms/beauty benefit creams - those will form part 2 of the latest in face makeup technology.

As we know, the goal of foundation is to improve the look of the complexion - even out skin tone and hide imperfections and blemishes.   These new foundations, however, go further by promising not only to improve the overall appearance of your skin, but make you look noticeably younger by reducing the appearance of lines and wrinkles, while providing an invisible, second-skin finish.

Now onto the products.  The second half of 2011 saw the release of Chanel's Perfection Lumière Foundation and Armani's Designer Lift foundations.  Perfection Lumière supposedly provides "seamless blendability for a naturally flawless effect", while Designer Lift claims that it "restores up to 10 years of luminosity, firms lines up to 87% and firms skin by 73% for 12 hours of lifting action. " 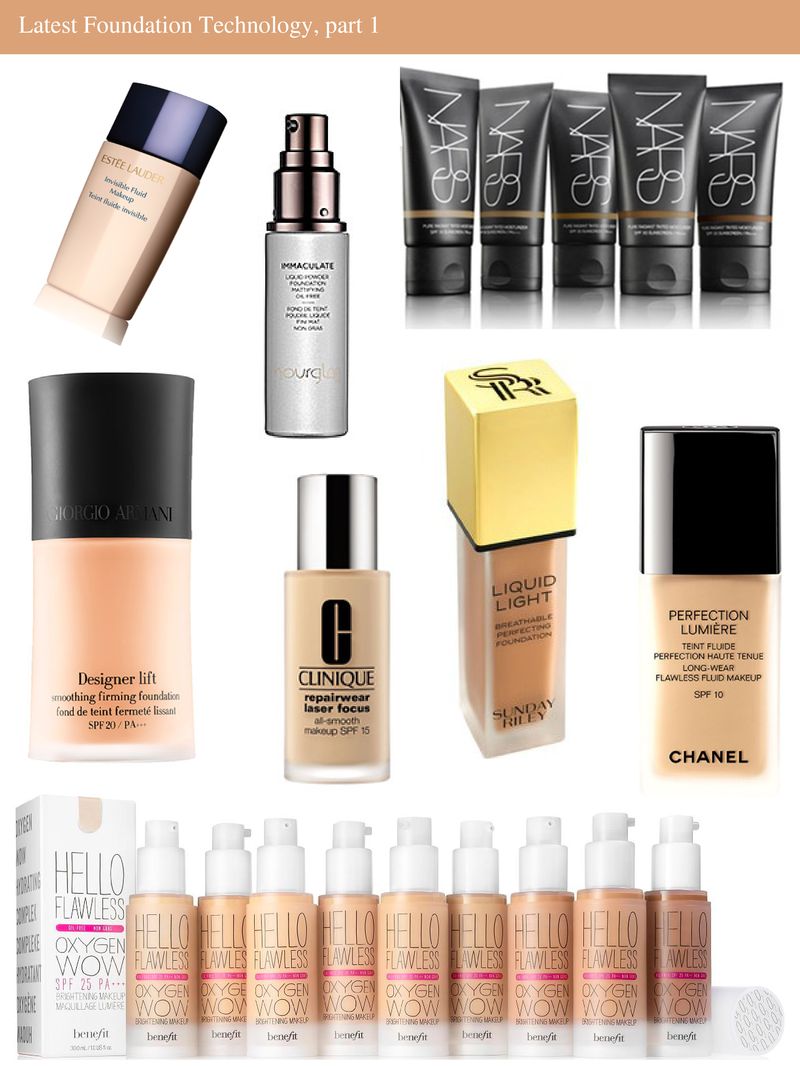 While all of these foundations contain different ingredients and have varying amounts of coverage, they all tout anti-aging benefits and a finish that feels like your own skin.  According to Sephora, Hourglass Immaculate Liquid Powder Foundation has "clinical levels of two antiaging ingredients to create a youthful glow" and offers a "long-lasting, flawless finish".   There's also this notion of "breathable", of getting oxygen to the skin.  Sunday Riley's foundations - both the Crème Radiance and Liquid Light - even boast the word "breathable" in their names, while Benefit's Hello Flawless Oxygen Wow contains a "specially developed blend of vitamins, minerals and a peptide that allows skin to accept more oxygen, giving cells the energy to function at their best."  In turn, "oxygen helps stimulate cell metabolism and boosts cell turnover, promoting the appearance of healthy, youthful-looking skin".  And Estée Lauder Invisible Fluid Foundation actually contains air.

Some also include exotic ingredients.  The Hourglass foundation is infused with "Phytostem Edelweiss, an active derived from a rare Alpine plant, slows collagen degradation and reduces wrinkle depth by 15% after 20 days of use.  Lavandox, an ingredient extracted from Spanish lavender, reduces the appearance of wrinkles by 11% after 24 hours of application and inhibits muscle contractions that lead to the development of fine lines and wrinkles."   According to Barney's,  Sunday Riley Crème Radiance Foundation is a "powerhouse formula enhanced with radiance-boosting, redness-fighting probiotics, peptides, magnolia bark, and tonka bean."  NARS' new tinted moisturizers contain kopara, an ingredient from French Polynesia that is said to encourage skin cell renewal.

Clear skin is always in, but this piece in the January issue of Vogue explains the how and why behind cosmetics companies' rush to trot out high-tech foundations that promise flawless, younger-looking skin. 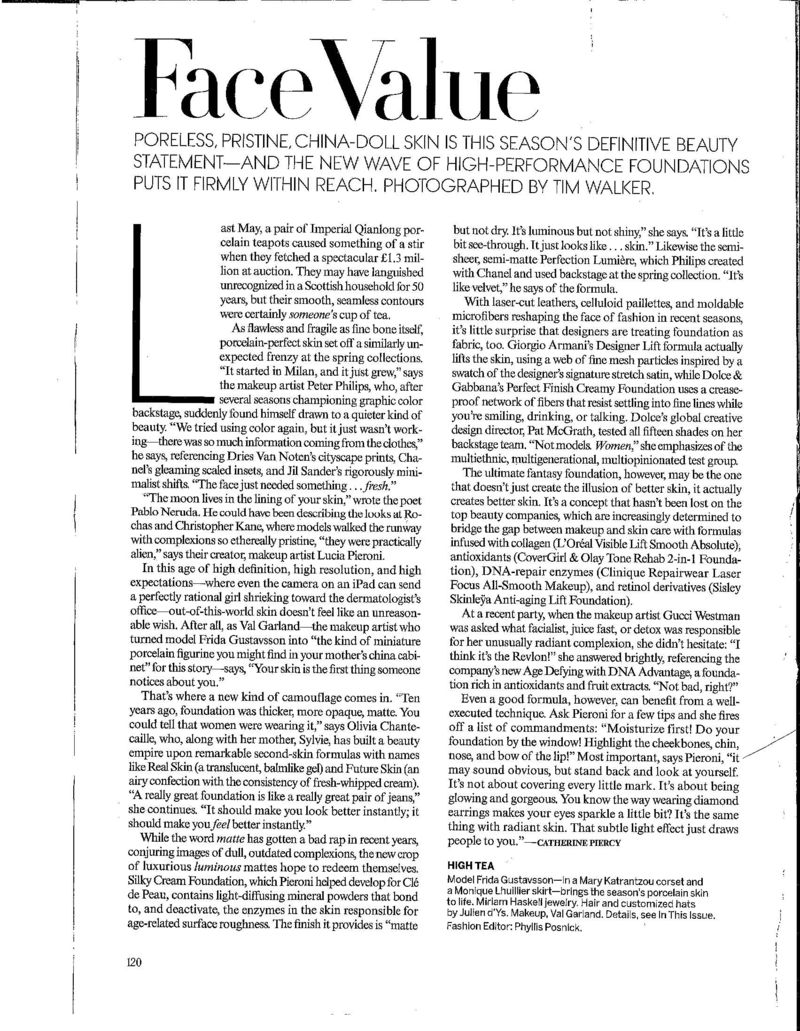 "In this age of high definition, high resolution, and high expectations - where even the camera on the iPad can send a perfectly rational girl shrieking toward the dermatologist's office - out-of-this-world skin doesn't seem like an unreasonable wish."  I personally think it's both consumers and companies combined that make the demand for these new foundations.

Have you tried any of these newer foundations/are you planning to?  I'm intrigued by many of them but only if they're mattifying - the Hourglass Liquid Powder in particular sounds very promisng for my oily skin!