I was a bit nervous about getting my hands on this, as apparently only 3,000 were produced, but I made it mine.  (I am now skeptical that this is in such limited supply as it was fairly easy to get and is also not numbered). As part of the holiday 2011 collection Armani introduced the Madreperla (mother-of-pearl) Face and Eye Palette.  Inspired by Armani's spring 2012 ready-to-wear show, this palette features a handmade, genuine mother-of-pearl outer case with the Armani logo centered in silver. 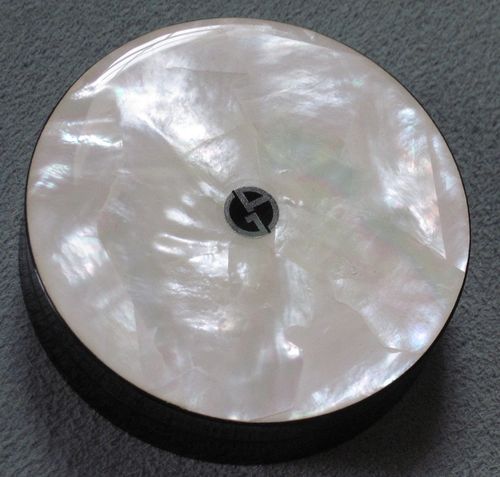 You can really see the prism-like iridescence towards the bottom from this angle: 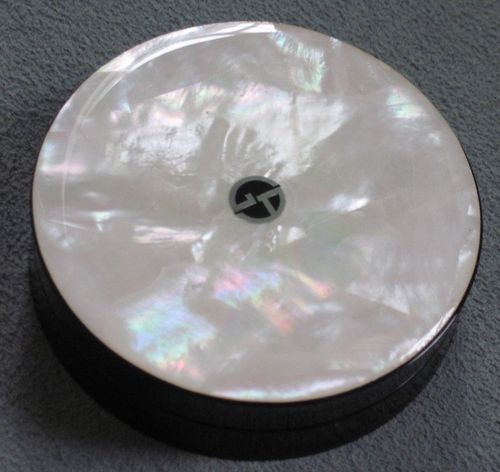 With flash, so you can see the different ways the light reflects off the pearly surface: 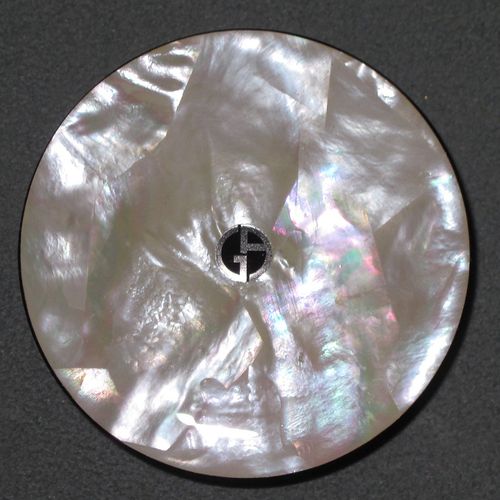 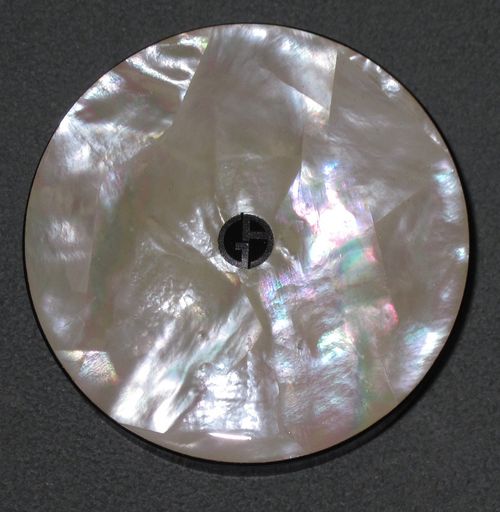 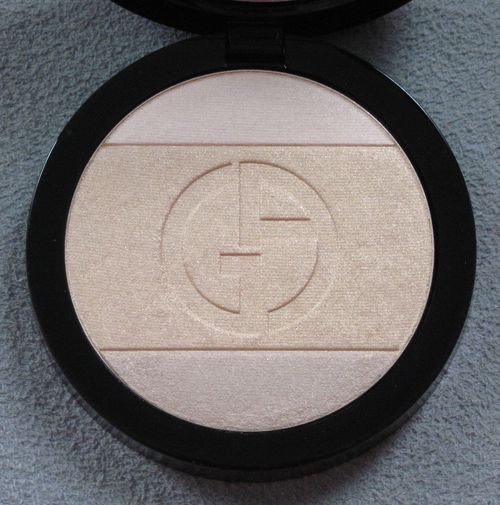 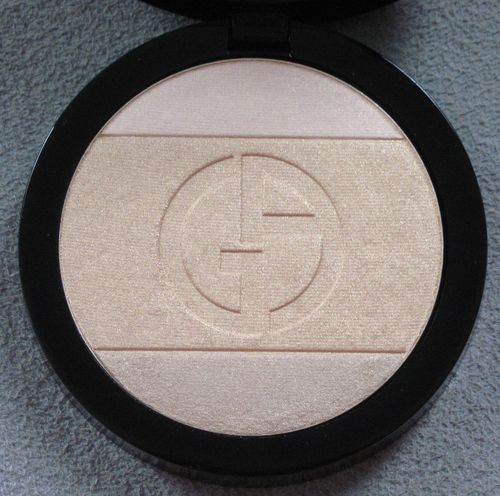 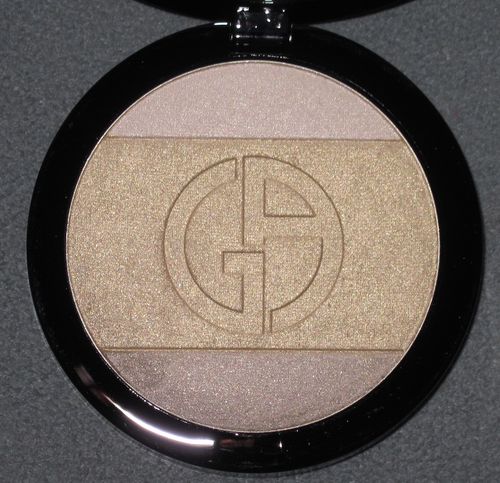 According to Women's Wear Daily, Armani stated about the show,  “The idea...is taking all the colors from the pearl. Everything is a play on light; the shiny effect comes and goes.”  Indeed, the palette for the clothes included whites and ivories, pale blue and lavender, and charcoal, all infused with an ethereal sheen evoking a "madreperla" surface. 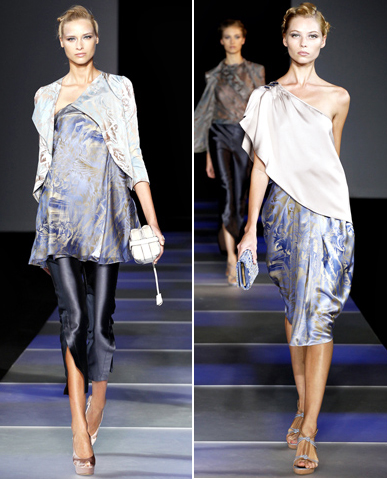 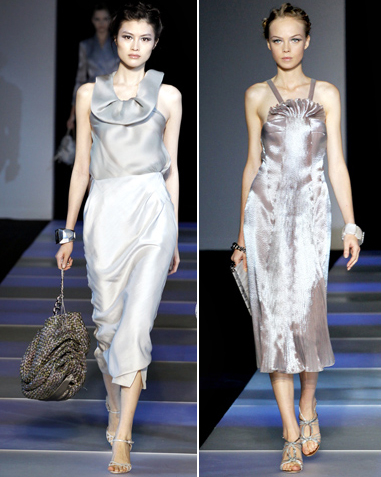 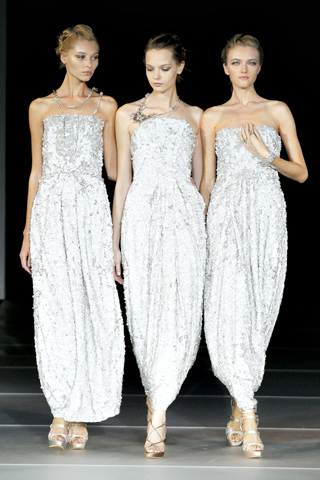 While the use of mother-of-pearl as a vehicle for playing with light and reflections in a fashion and makeup context is pretty genious, I must say that it has been done before in interior design.  Iconic designer Verner Panton had the extremely clever idea way back in the 60s to use mother-of-pearl discs as surroundings for a lamp.  Here are the "Fun 1DM " series lights in our kitchen: 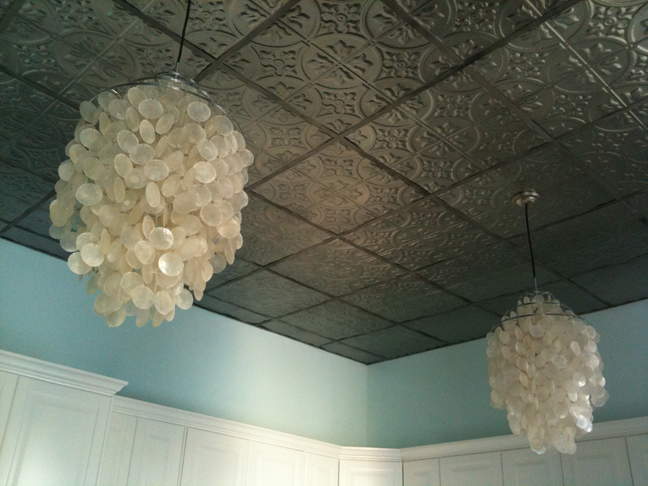 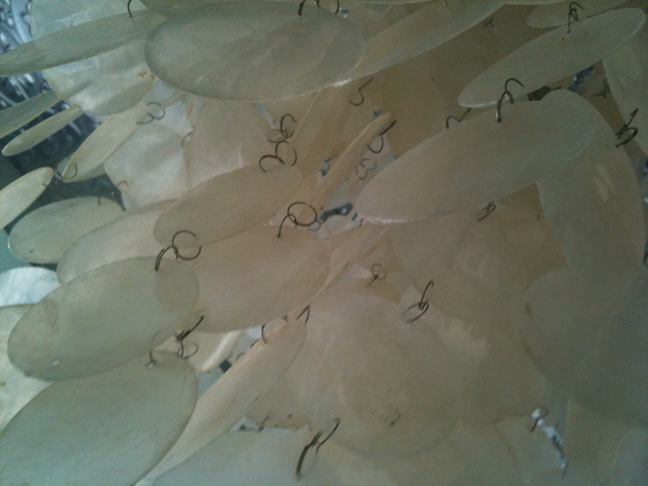 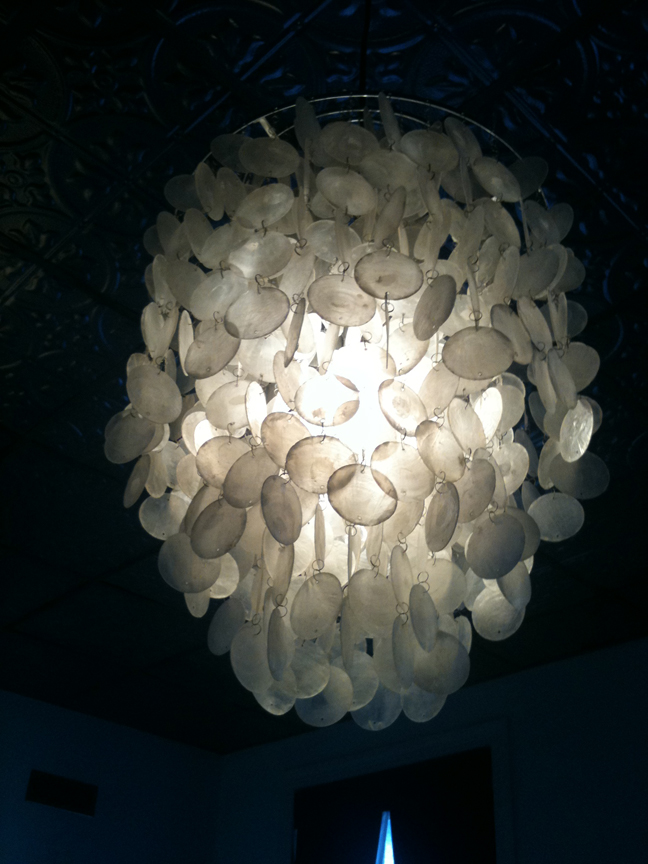 A little history behind his use of mother-of-pearl:  "The raw material chosen was something as unusual as large sea shells, coated on the inside with motherof-pearl and which were available by the million in the Tropics. If these shells could be sold in Europe, it would give the economies of various developing countries a cash injection and perhaps form the foundation for a unique product. This is how the mother-of-pearl Fun series was born – and later the series was also produced in metal.  A feature of both was the stunning interplay of light and sound produced by the lamps when just a slight breeze was blowing." It's true - a soft twinkly sound comes from the lights whenever there's a draft from our very old windows.  (Side note:  if you like the looks of these lights but don't want to shell out the money for them [pun fully intended] West Elm makes some good knockoffs.)

Anyway, getting back to the palette, it's also fitting that mother-of-pearl was utilized to house a product that illuminates one's features and highlight the areas where light hits most (cheekbones, browbones, etc.)  Overall I think this was spot-on - it's a perfect extension of the spring 2012 fashion collection and it's elegant and unique to boot, as I don't think mother-of-pearl has ever been used on a contemporary palette.  Armani's fascination with light effects doesn't end here, however:  his entire spring 2012 makeup collection is devoted to light play and aptly named "Luce".