What do Miró and Givenchy's Ombre de Lune have in common?

Givenchy Artistic Director Nicolas Degennes created simple but beautifully designed moon-inspired eye shadow/highlighter palettes for the fall 2011 collection.  According to Sephora, "In his love of the impossible, Nicolas Degennes wanted to create a multipurpose must-have product. The result was the savvy Les Ombres de Lune, an all-in-one highlighter for cheeks, eyes, and complexion that also works as an intense eye shadow...like a celestial muse floodlighting the darkness with its bewitching brightness, the moon embodies the essence of a soft and mysterious beauty, a magnetic aura, in the same vein as Givenchy Couture. Inspired by this sensual night star, the Collection 'Je veux la Lune' invites us to dream the impossible."   I like that the collection name ("I want the moon") is expressed both literally in the moon design and figuratively in the "impossibility" of the product itself - it's difficult to come up with a palette that has both an all-over highlighter and an eye shadow dark enough to create a smoky eye.  Usually multi-purpose products are one neutral shade. 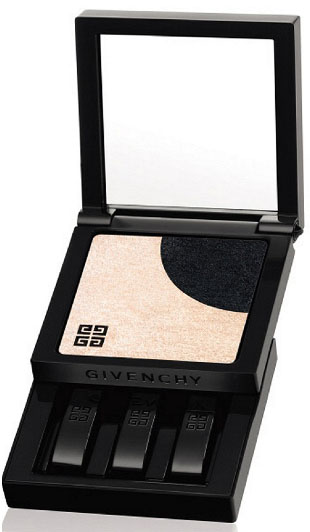 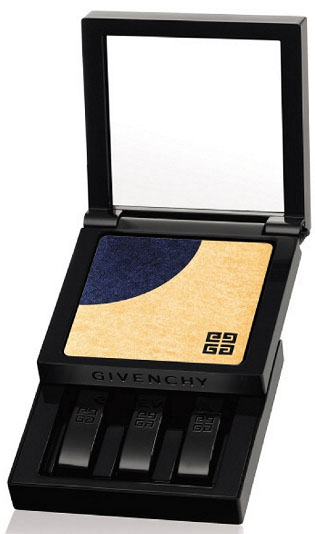 Now, while I'm sure M. Degennes was not looking at Joan Miró's Dog Barking at the Moon (1926) when he came up with these palettes, but the starkness of the moons in these reminds me of it. The way the moon shape stands out from the background looks similar to Miró's work, at least to my eye. 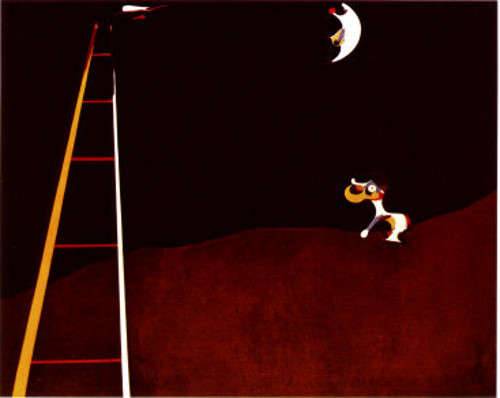 Additionally, one could argue that they're similar in they both express a dream - in Givenchy's case, a dream of "impossibility" and in the Miró, a "dream of escape": "Like many of the works that the artist painted in Paris, this piece registers Miró's memories of his native Catalan landscape, which remained the emotional center and source of his imagery for much of his life. The work's genesis can be found in a preparatory sketch showing the moon rejecting a dog's plaintive yelps with the phrase 'You know, I don't give a damn,' written in Catalan. Although these words were excluded from the finished painting, their meaning is conveyed through the vacant space between the few pictorial elements that compose this stark yet whimsical image of frustrated longing and nocturnal isolation. Against the simple background of the brown earth and black night sky, Miró has painted a colorful dog and moon, and a ladder that stretches across the meandering horizon line and recedes into the sky, perhaps suggesting the dream of escape. This remarkable combination of earthiness, mysticism, and humor marks Miró's successful merging of international artistic preoccupations with an emphatically regional outlook to arrive at his distinctively personal and deeply poetic sensibility."

And, okay, I must admit this is one of my favorite paintings so maybe I was just looking for an excuse to post about it.  :)