This is a collection that's right up the Curator's alley!  :D  Before I start playing the comparison-to-actual-works-of-art-game, here are some blurbs from MAC about it.

"The line between Fine Art & Makeup Art is undeniably blurry...explore illusion with the Op Art Optical Bronzer. A Street Art Eye Shadow personalizes the eye with madcap graffiti & for those who love light & shade, an In The Abstract Highlighter.

"A collection of three M·A·C Artist Powders inspired by the Masters & modern art movements. There’s an op art Optical Bronzer that explores the depth, dimension and sheer illusion of bronze. A Street Art Eye Shadow personalizes the eye with a madcap act of pure graffiti – and for those who love random acts of light and shade, an In The Abstract Highlighter. These palettes empower creation…make some art!"

Let's start with the graffiti palette.  "Street Artists challenge art by situating it in non-art contexts...what better location for that than the eye?" Well, there are a million different examples of graffiti art, so it's impossible to say exactly what the inspiration was for this particular design. 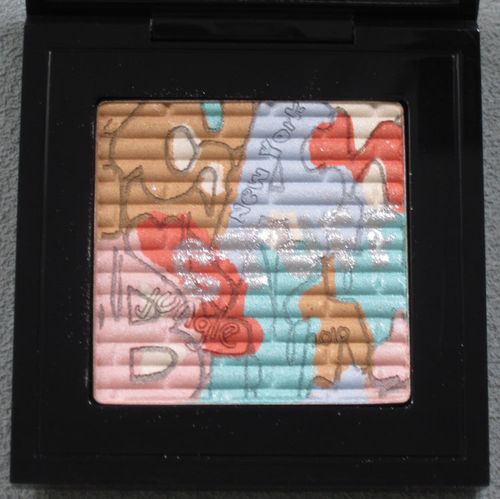 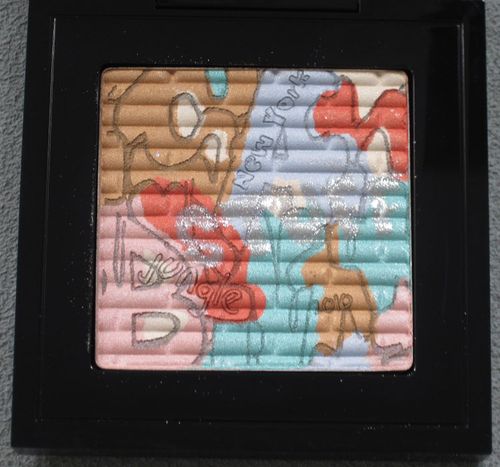 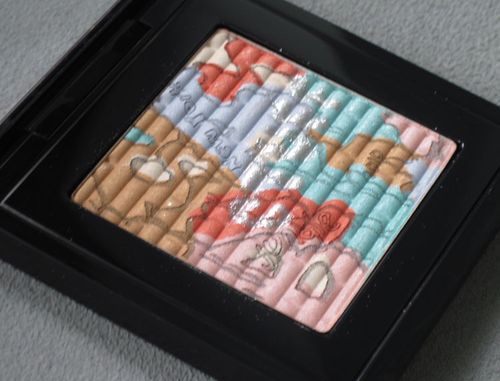 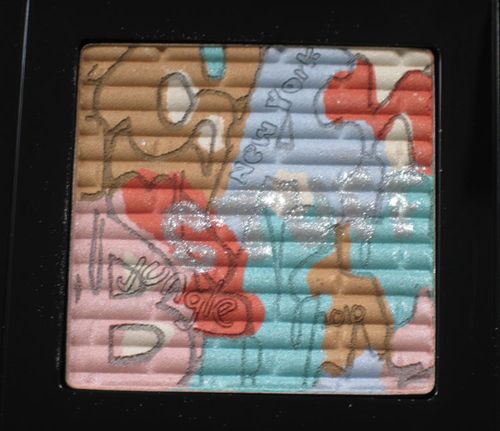 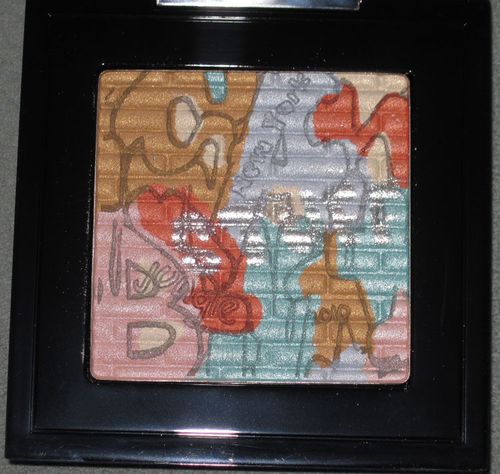 So in lieu of trying to guess, here's are some examples of New York graffiti (I see the words "New York" and "jungle" in the palette, and New York City is said to be the historical starting point for graffiti): 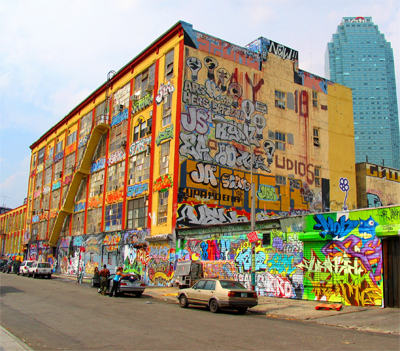 You can read more about graffiti art here.

Onto the next palette.  "Inspired by Abstract Expressionism, a highlighting powder with a soft pink base, yellow gold lines and mid-tone lavender & pink dots."  Gee, do you think they're referencing Jackson Pollock?  :P 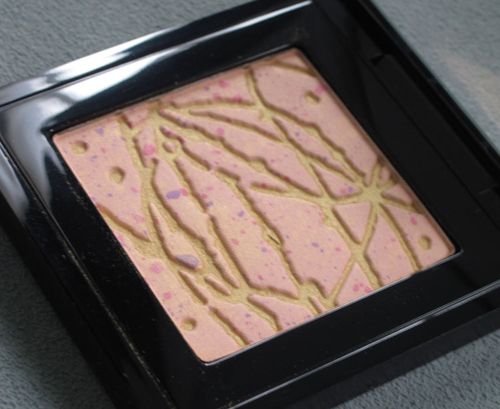 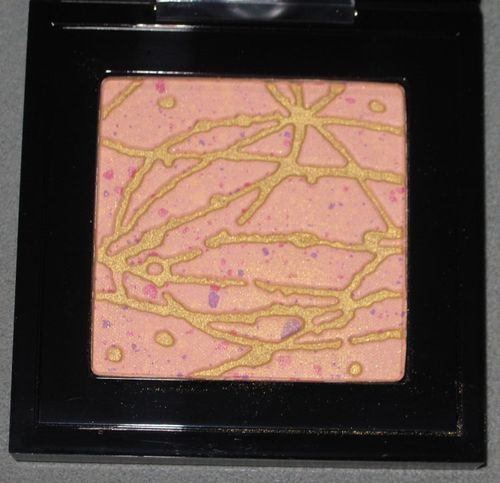 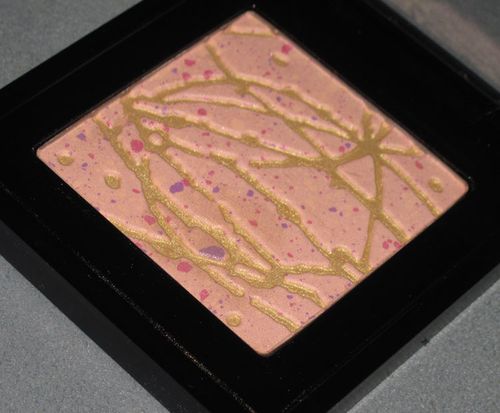 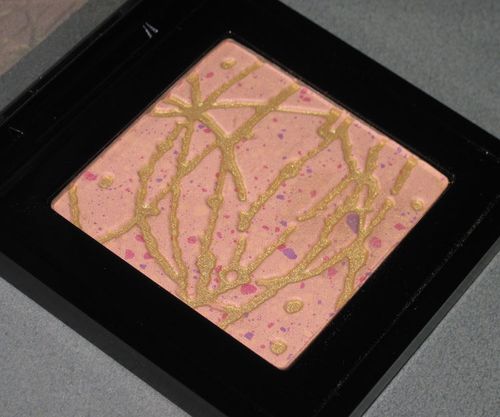 Obviously it is quite Pollock-esque and most likely Pollock is the direct inspiration for the design, but is it bad that I think it also sorta looks like Andy Warhol's Oxidation Painting (1978)?  Maybe it's that the splatters are  yellow, maybe I drank too much water, but for some reason this is looking slightly less Pollock and more like, well, someone urinated on it a la Warhol: 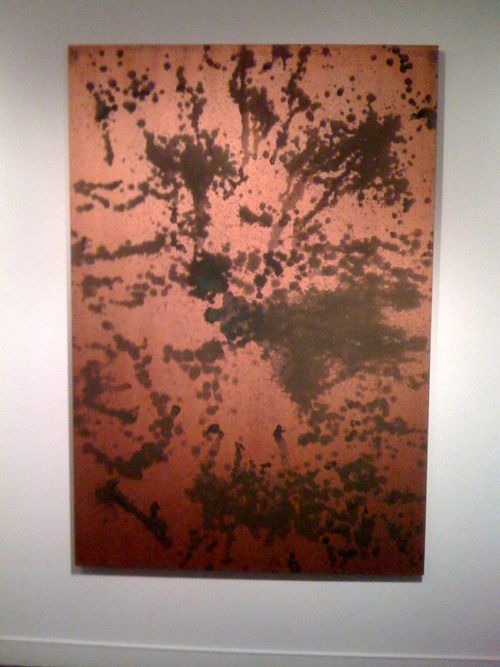 "Explore the depth, dimension & sheer illusion of Op Art with a bronzer that's sheer, chic & ideal for enhancing skin tone."  Okay, MAC.  Which op artist does this palette come from? 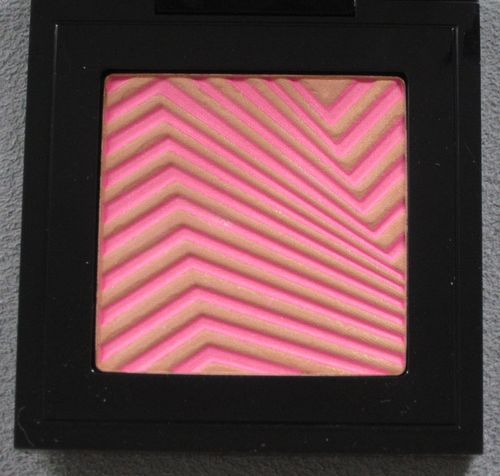 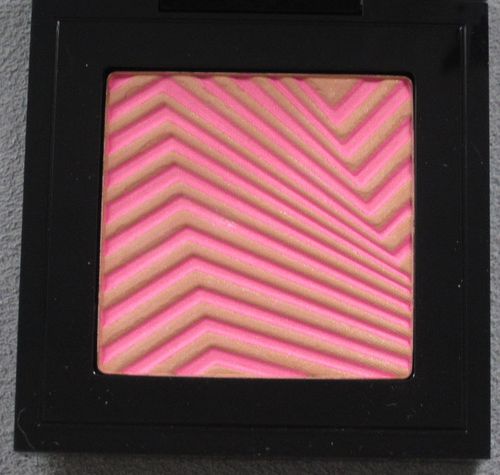 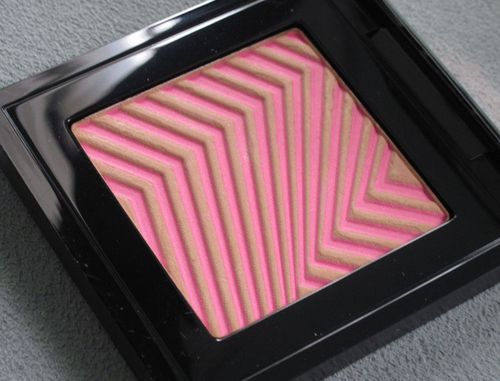 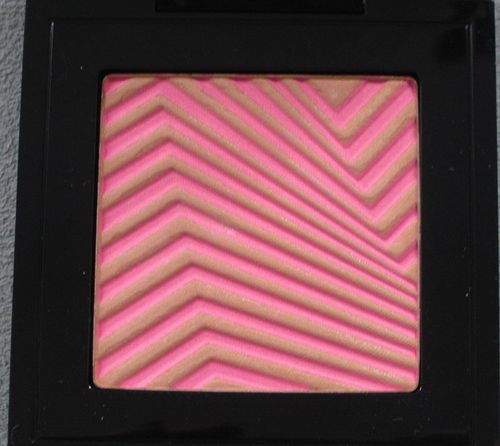 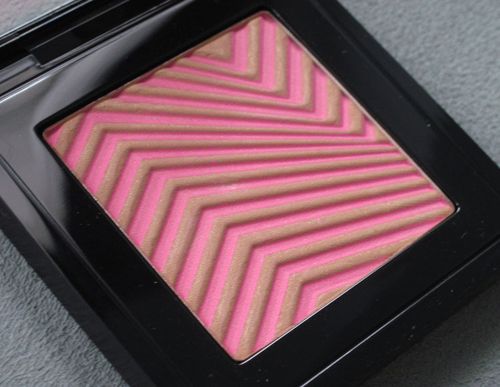 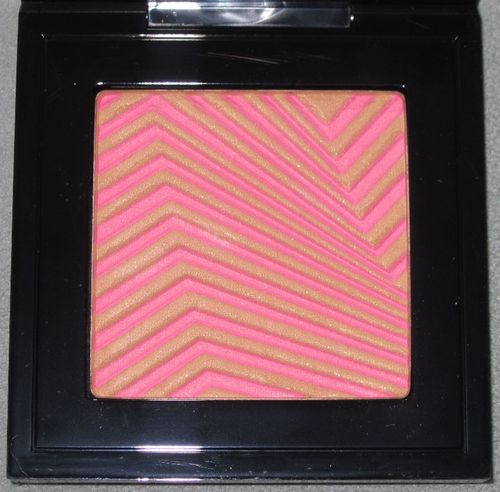 The bent, sharp lines remind me a lot of this work by Victor Vasarely (Berc, 1967): 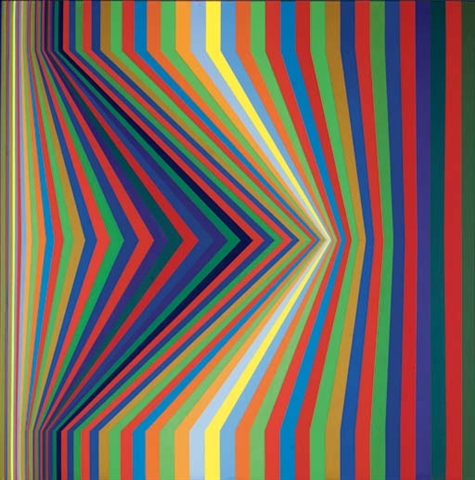 So what do you think of this collection?  I love it, since it really is the perfect marriage of art and makeup, which is what the Museum is all about.  And it's modern art based, which is the Curator's favorite period.  :)